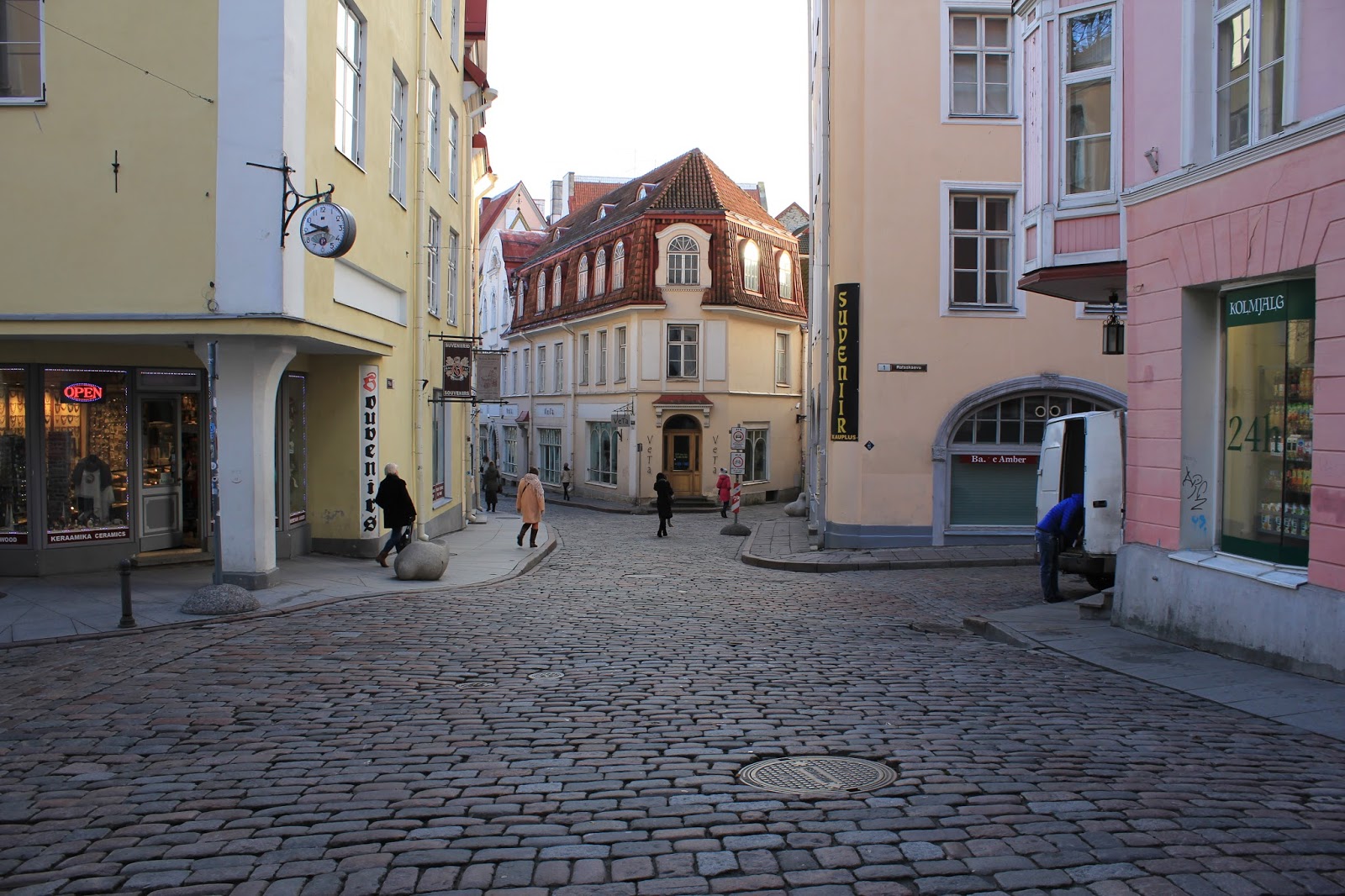 The pastel, photogenic capital city. Sitting on the Gulf of Finland is one of the most beautiful places I’ve been to in my (long, long, long) 22 years. Tallinn’s Old Town is the best preserved Medieval city in Europe and boasts the honour of being a UNESCO Heritage Site.

Late last year I spent a few days nestled in an Airbnb in the heart of the Old Town (linked because it was amazing and had a private sauna in) and have to share how amazing it was and what you can get up to in the Old Town.

Check out my last post on Tallinn’s abandoned Olympic stadium if you want to see the complete opposite of what you’re about to! 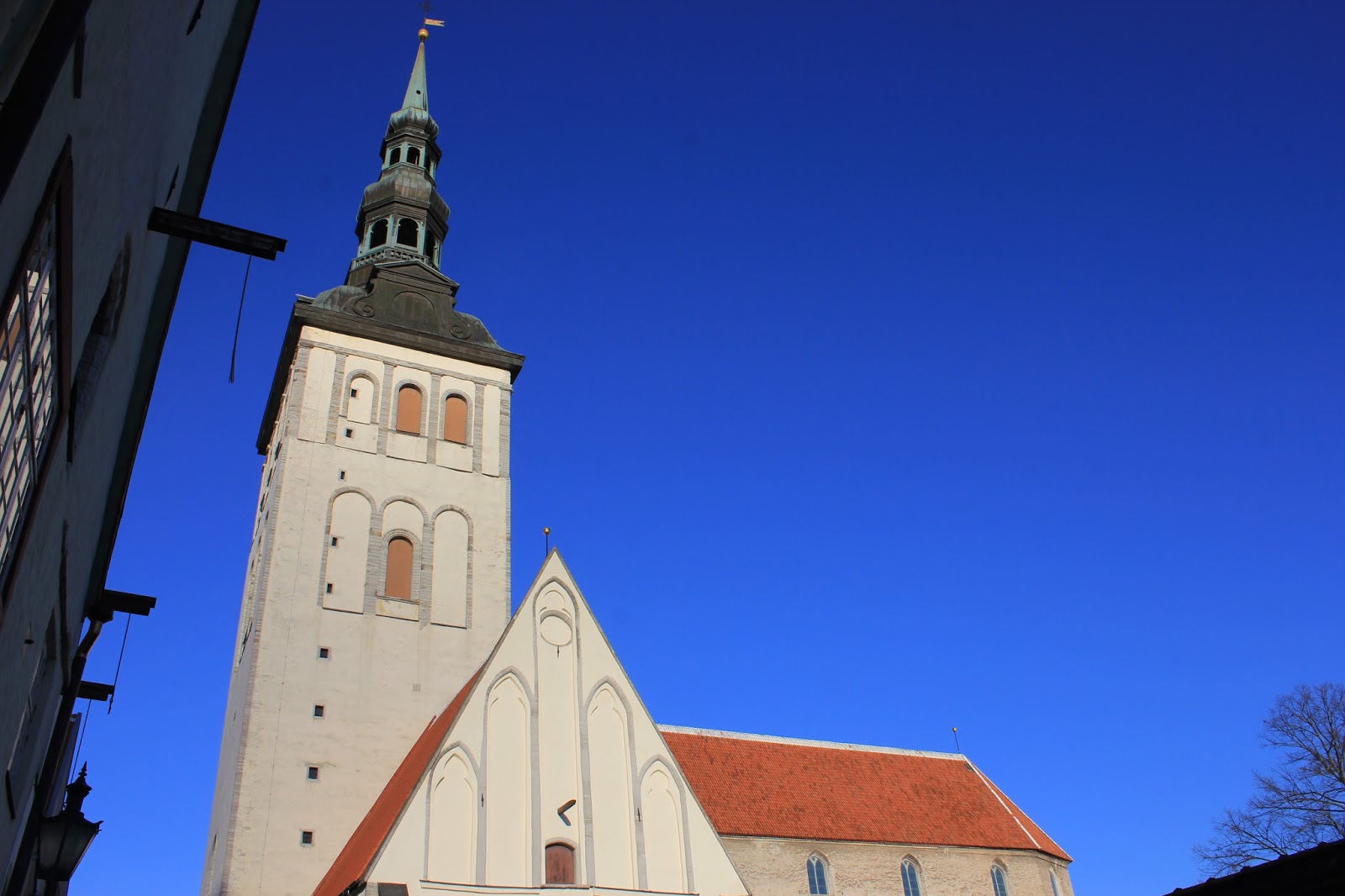 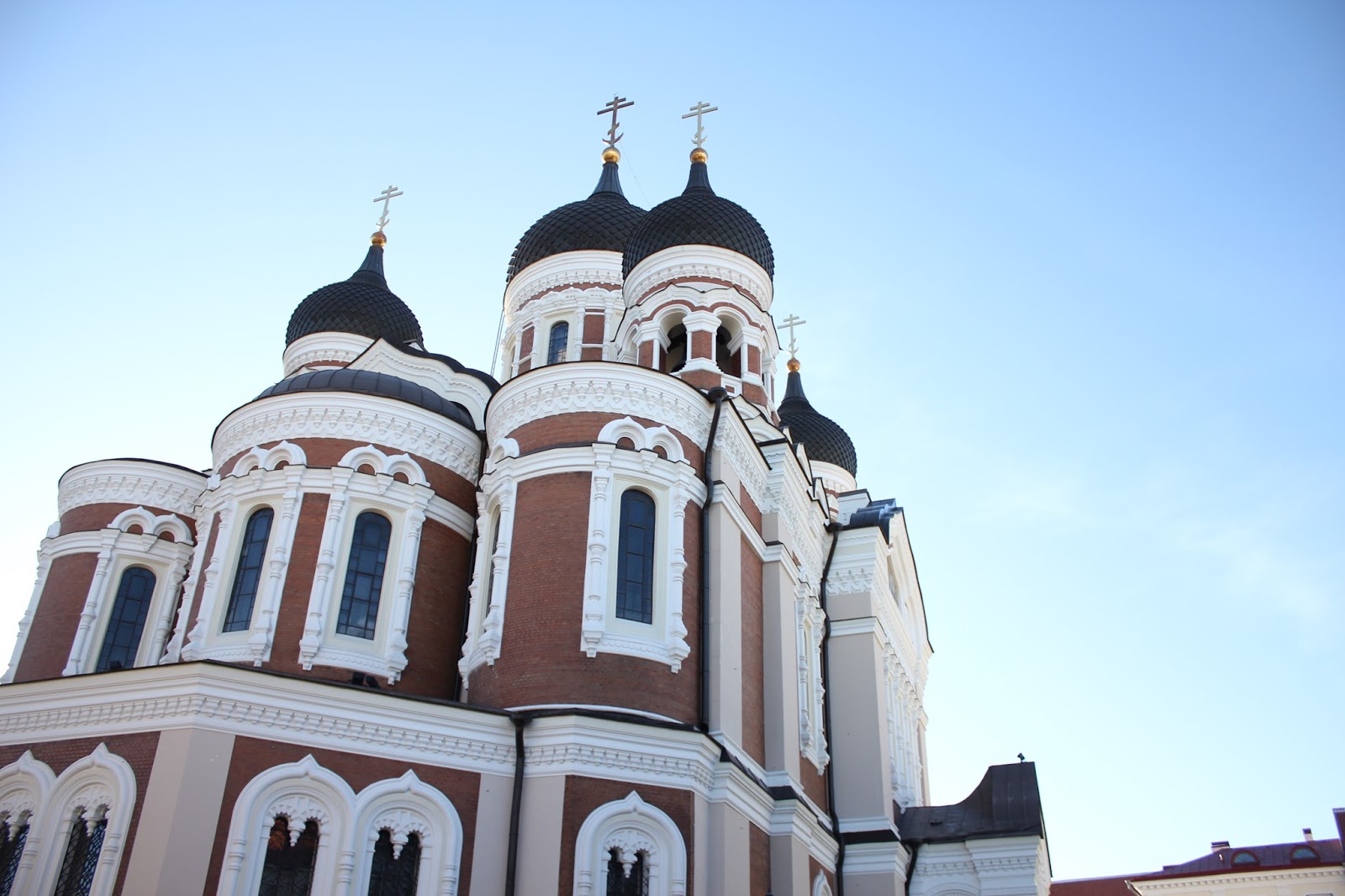 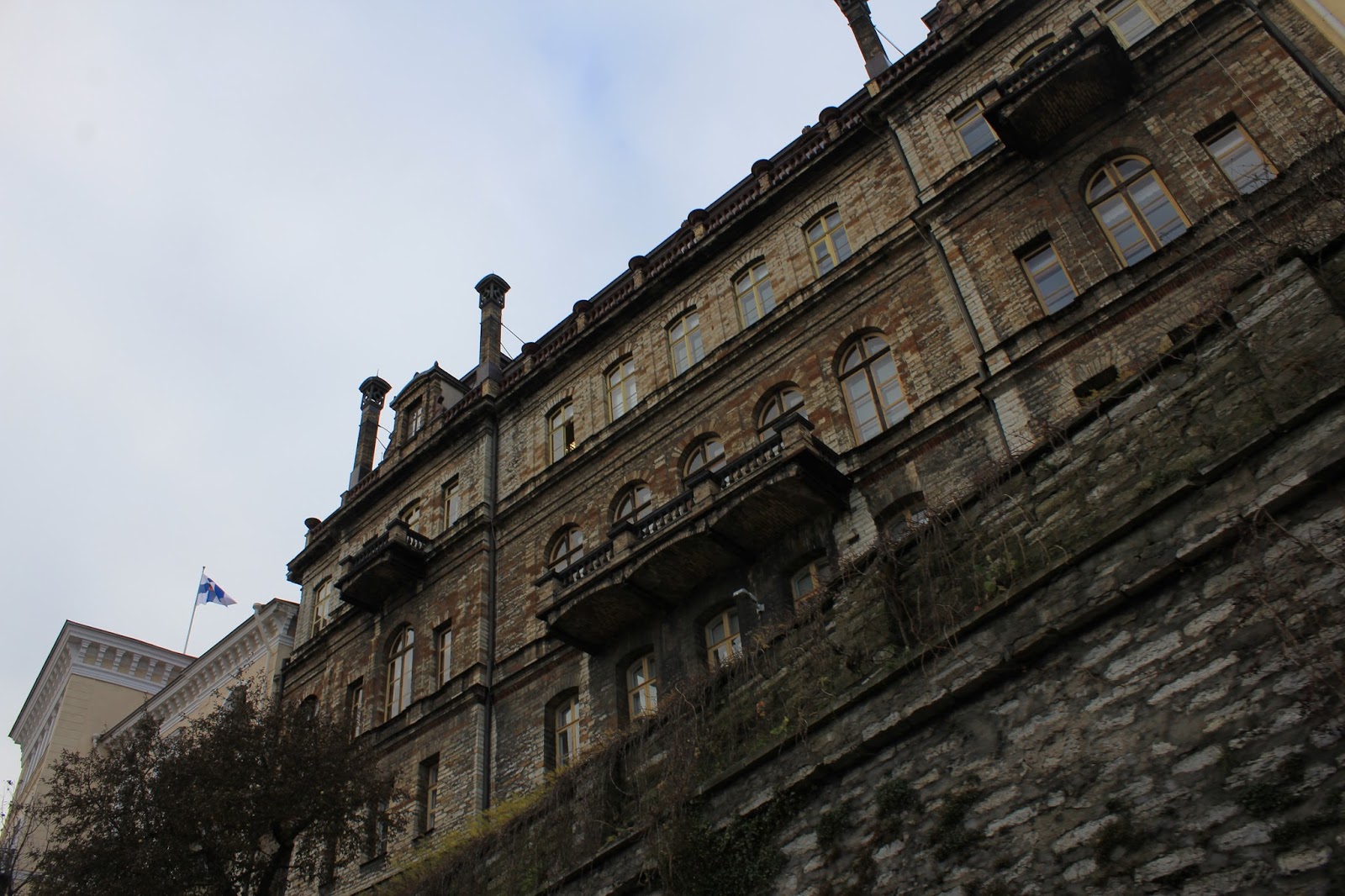 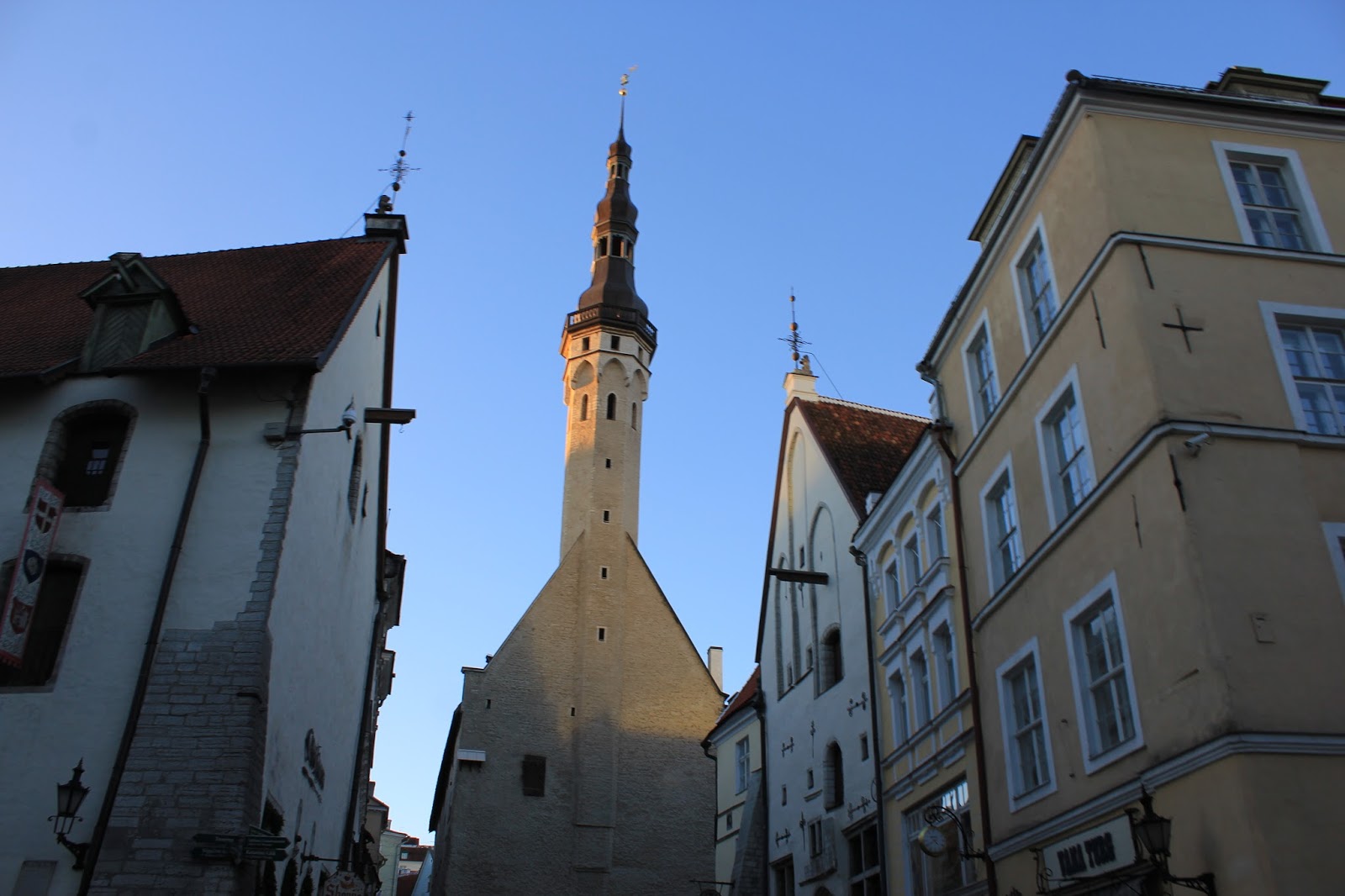 Tallinn’s architecture is so, so dreamy. The variety is wonderful and it kinda feels like you’re in Shrek. Please take that better than it sounds.

Tallinn is known for it’s five spires, a few of these are pictured above – St Nicholas’ Church, St Alexander Nevsky Cathedral and the Town Hall.

St. Alexander Nevsky Cathedral is extremely Russian, to no surprise, it was constructed during the Soviet occupation of Estonia. Whilst it does stand out like a sore thumb, it somehow beautifully fits into the eclectic and otherworldly buildings dotted all over the old town. 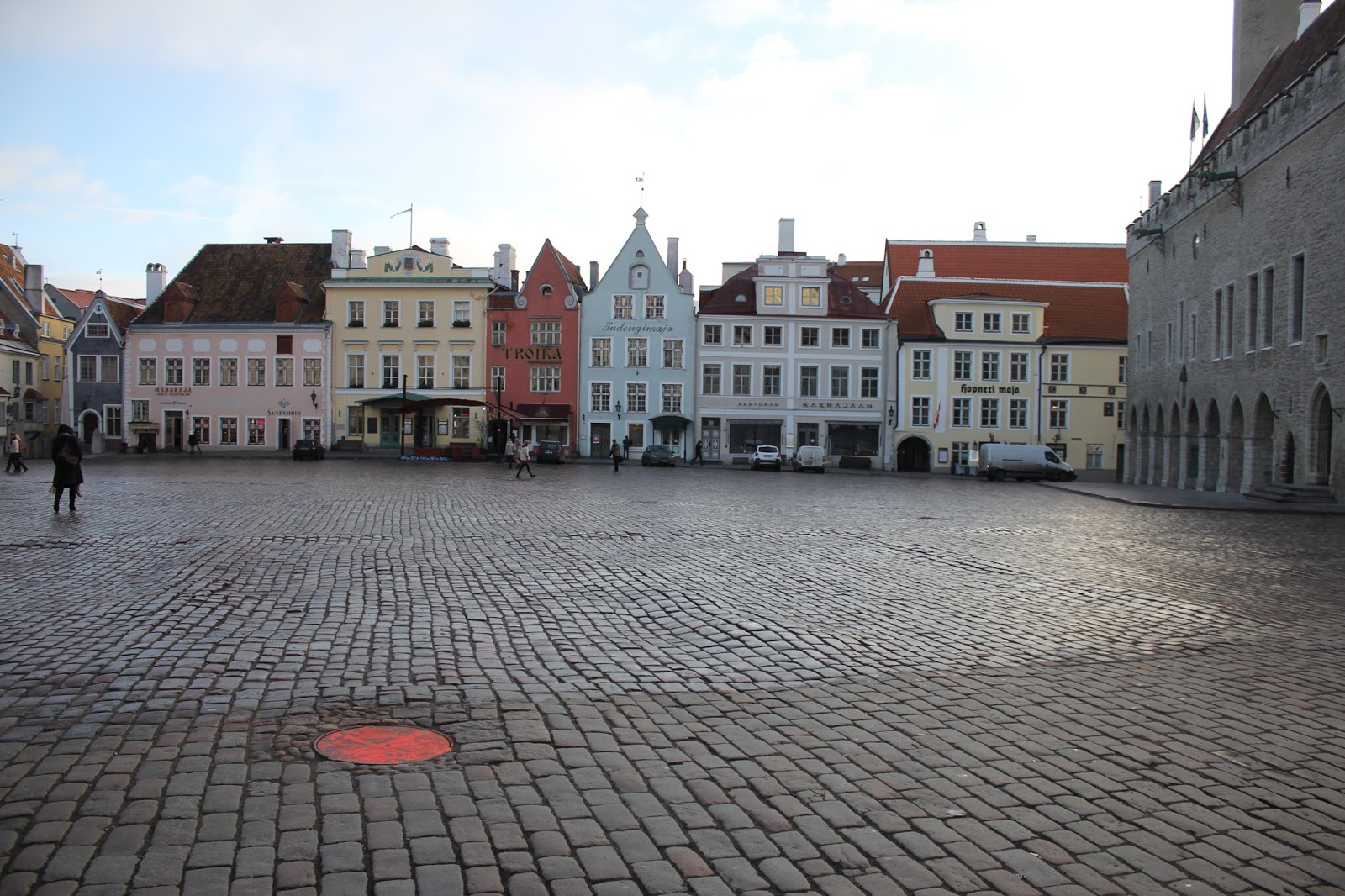 Town Hall Square, known also as the Square of Five Spires and Raekoja Plats supposedly has a spot from which you can see all five spires. The little red circle in the foreground is one of the many ‘fake’ viewing spots that doesn’t actually work. I spent a while trying to find the sweet spot for all five but could never see more than four spires at once. 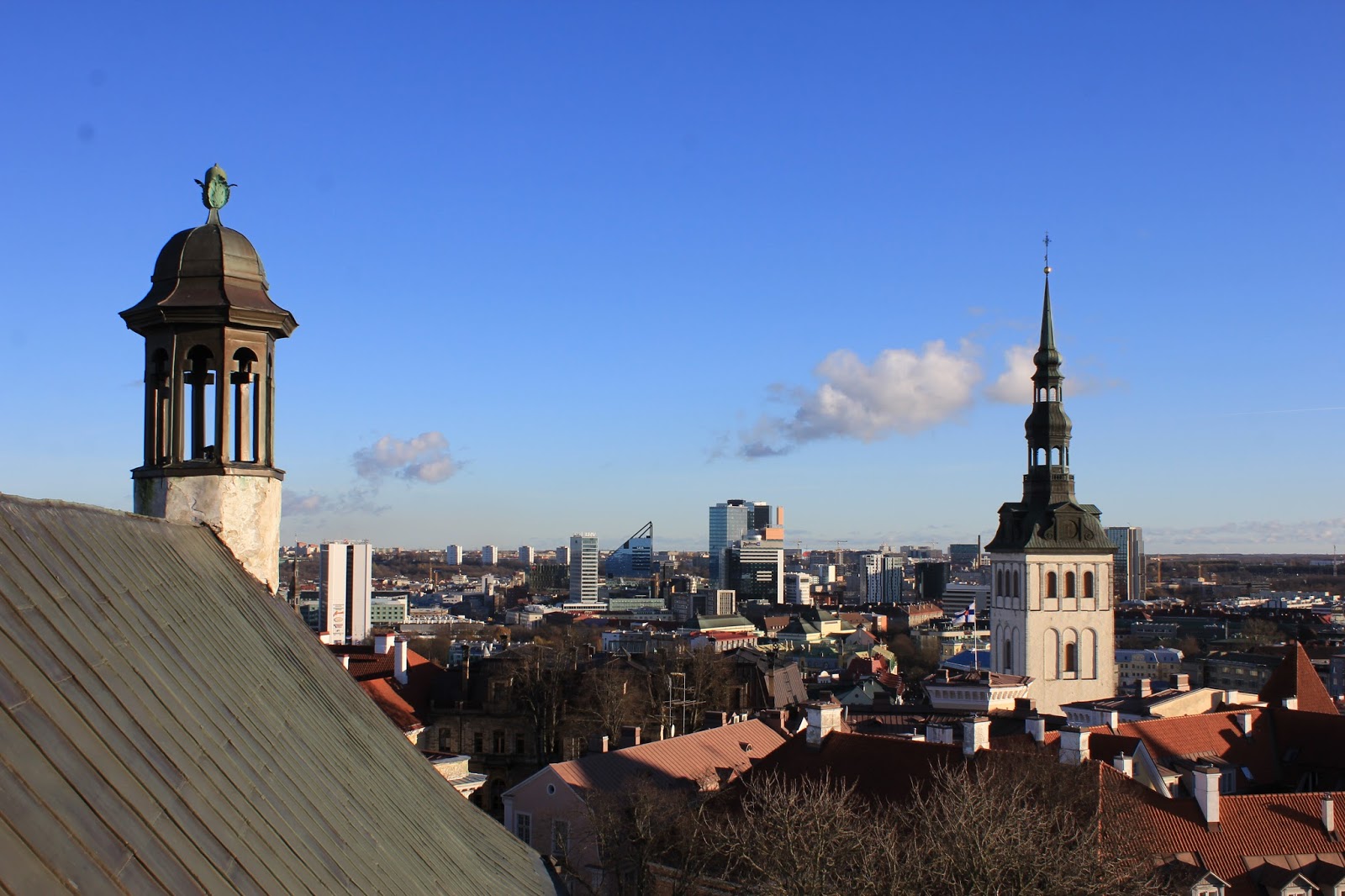 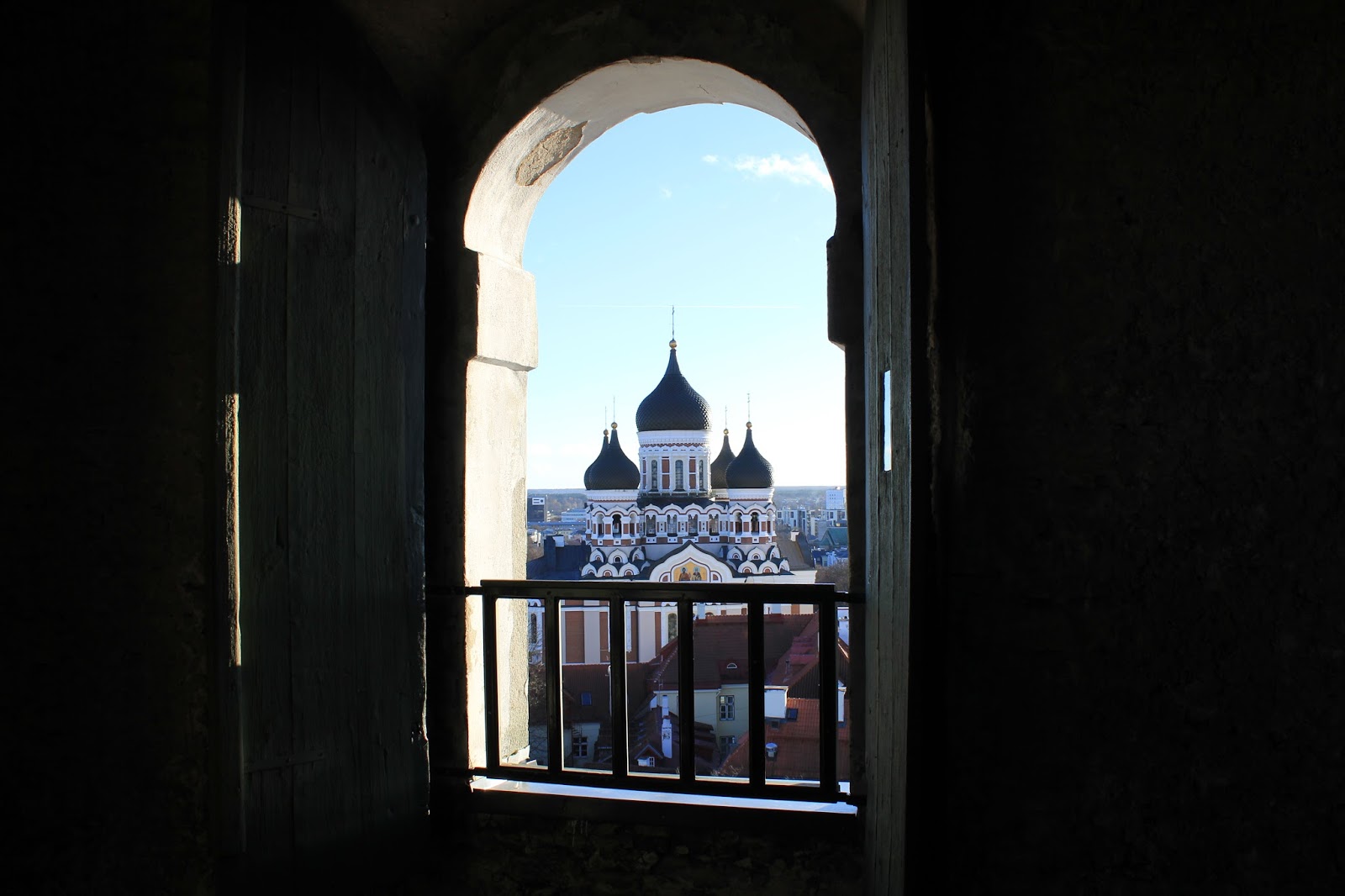 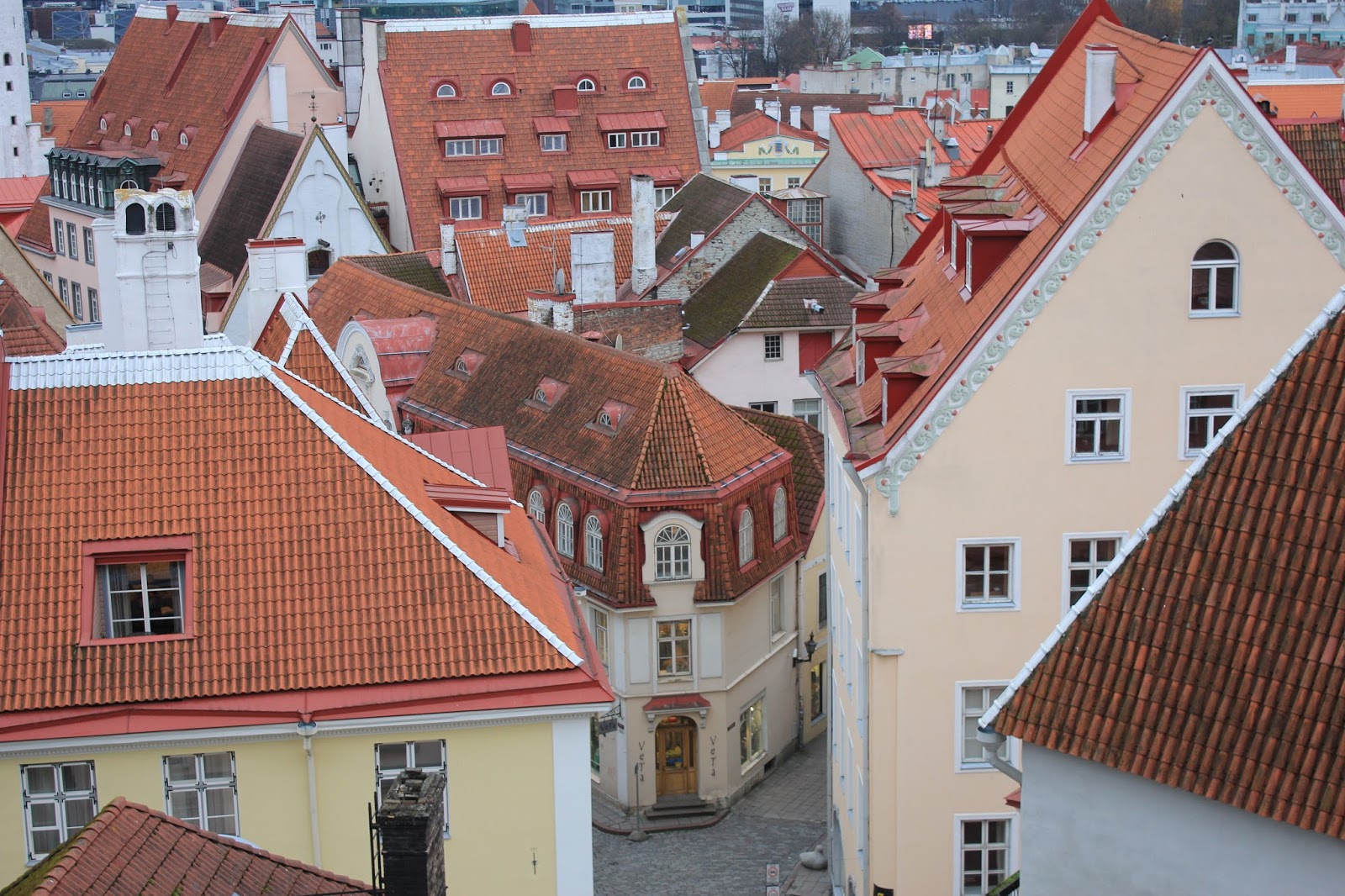 Tallinn not only has amazing views from these spires, but also multiple viewing points around the city. These are easy to spot because the sparsely populated Old Town is unfittingly busy in these areas!

Pictured above is the view from the Cathedral of Saint Mary the Virgin- religious sites are all over Eastern Europe. It’s pretty cheap to go up to the top of the tower, but it is a climb up a very small and steep staircase, requiring a bit of ladder climbing towards the end! We were lucky enough to go on a clear day and the view was incredible, you can see so much of Tallinn and such a wonderful view of St Alexander Nevsky too. 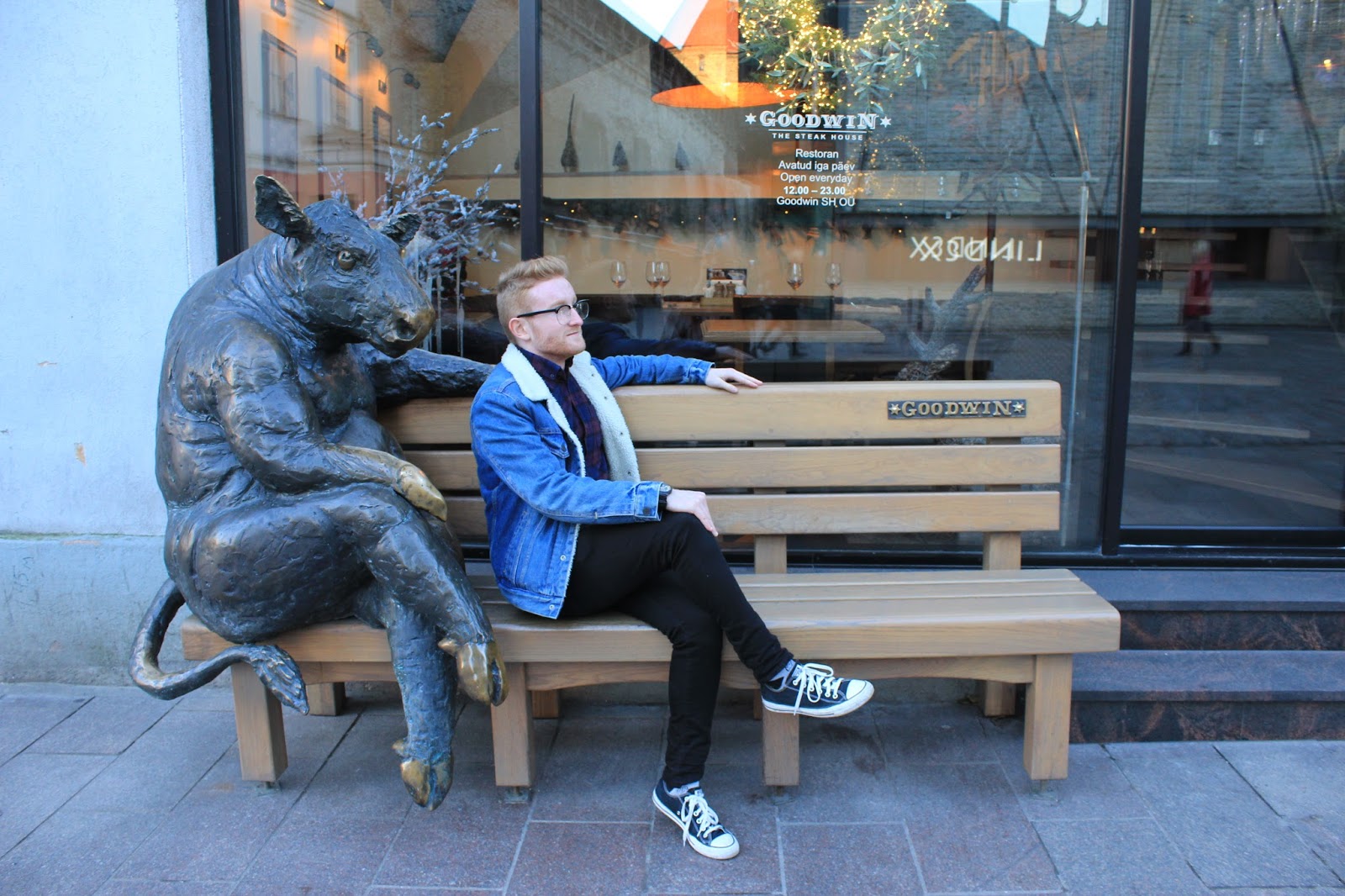 Something you have to do, have to, HAVE TO, is visit the Goodwin Steakhouse for this bench outside. I saw a picture of this bench approximately seven months before our trip and it was all I thought about for months. If you want a good photo opportunity or simply love the idea of a cow sitting elegantly (that’s my thing) you have to go.

You’d probably end up strolling passed it anyway, with it being located close to the Viru Gate leading out of the Old Town. 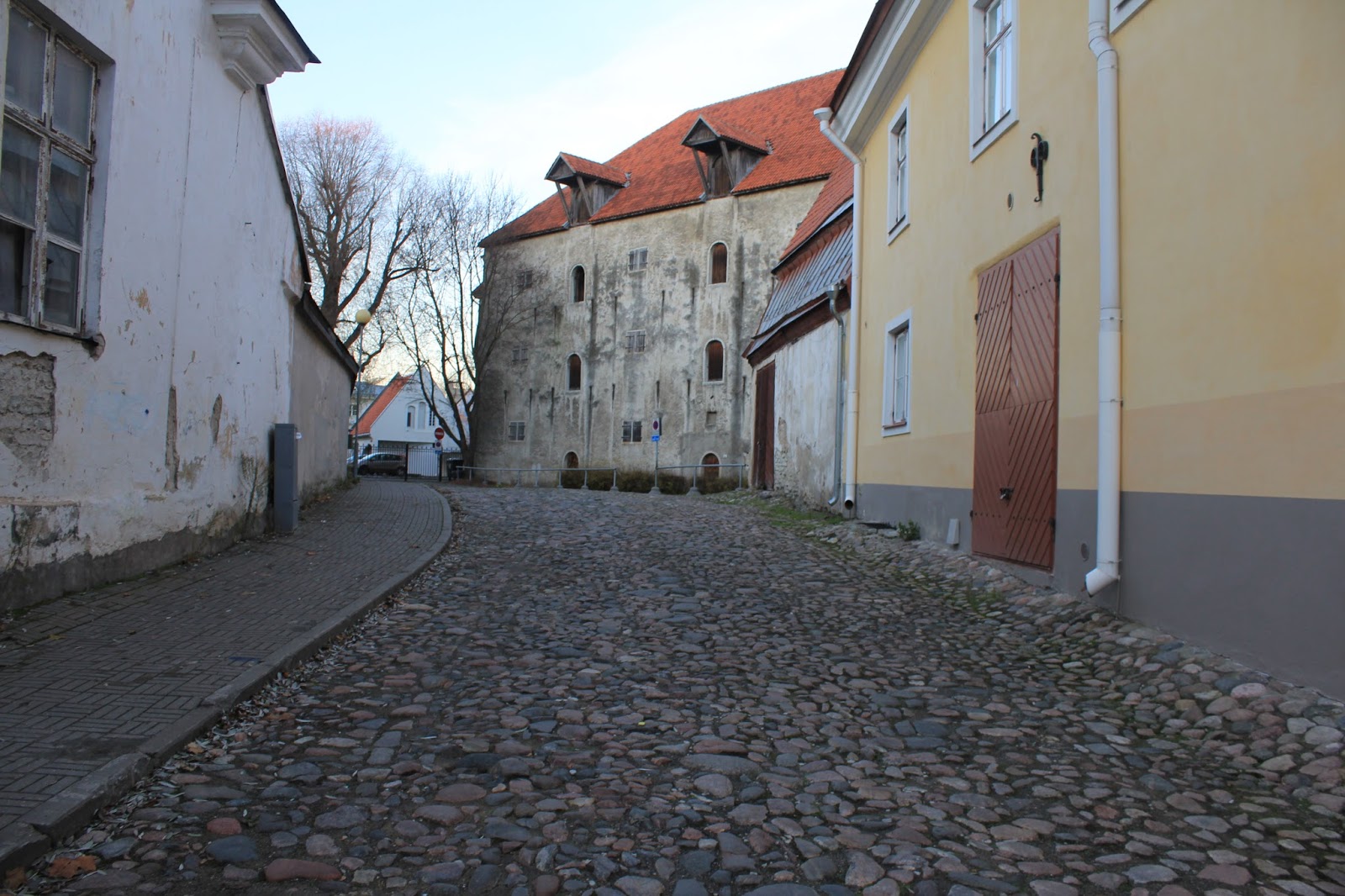 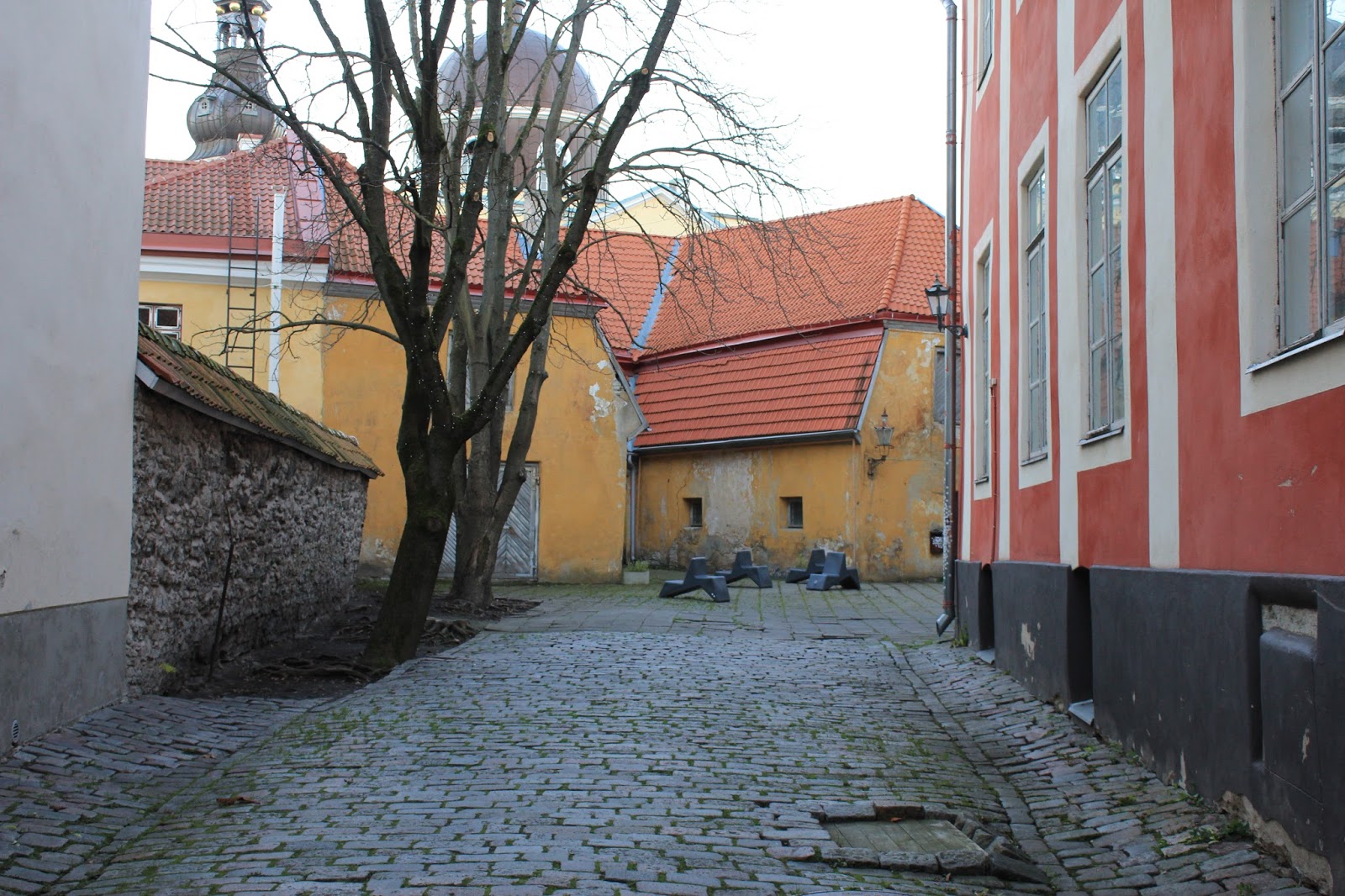 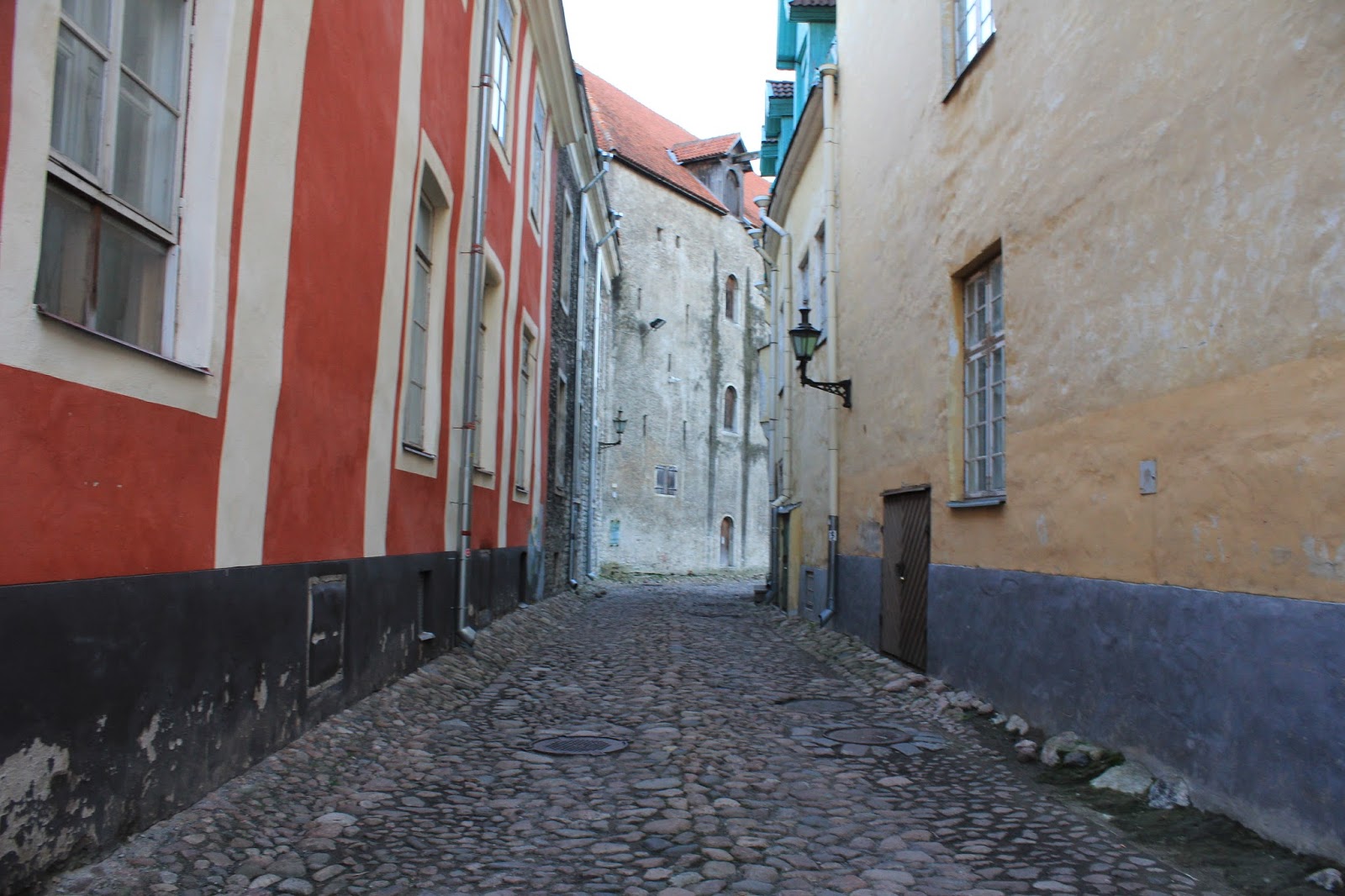 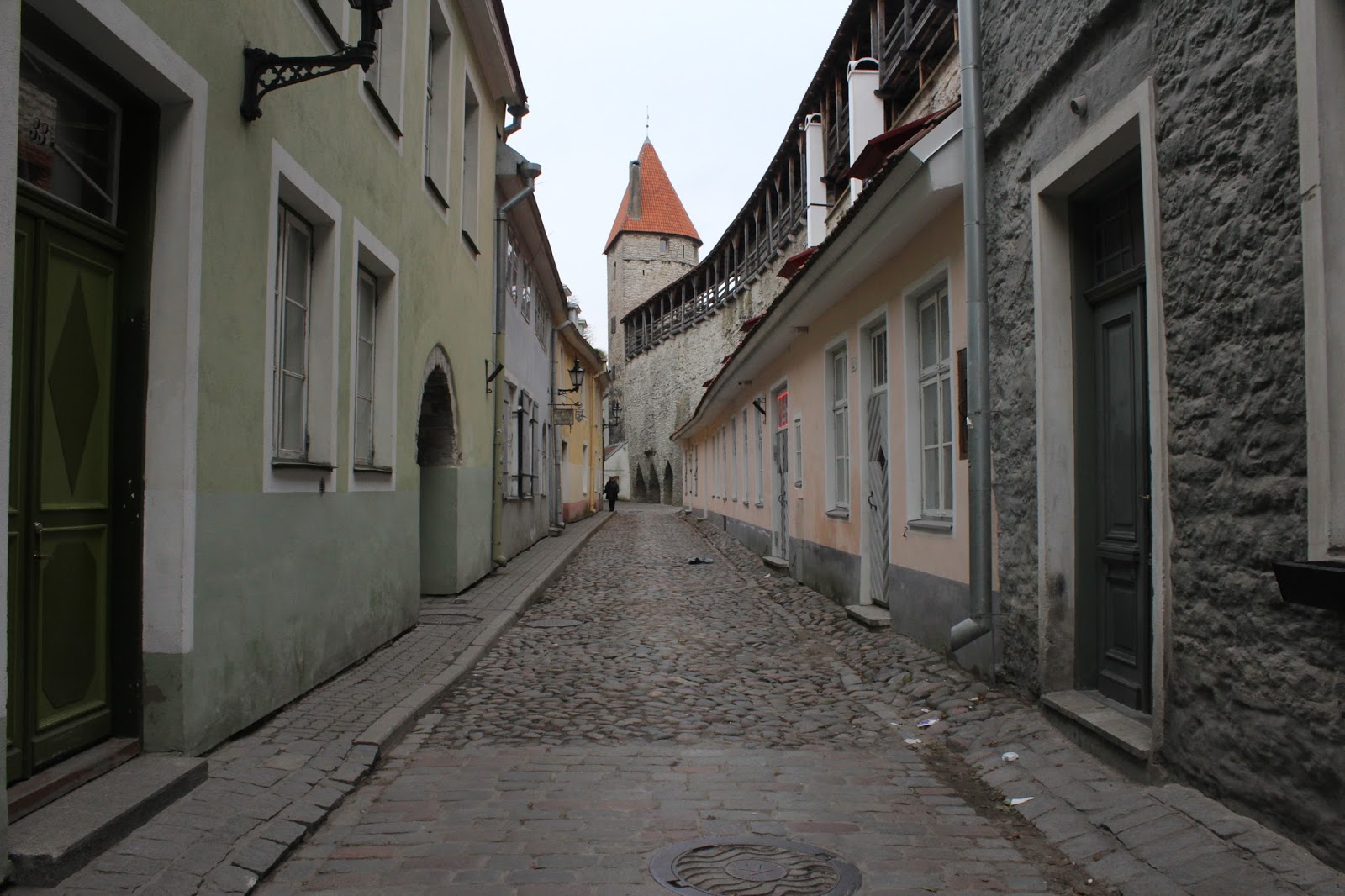 Spend an afternoon being an unadventurous photographer like me and take constant down the street shots.

Tallinn’s streets are so wonderful that it’s worth just walking around aimlessly with a coffee in one hand and a camera in the other. You’ll soon become familiar with the nooks and crannies walled in. You can’t make a wrong turn as each street is just as beautiful as the last. 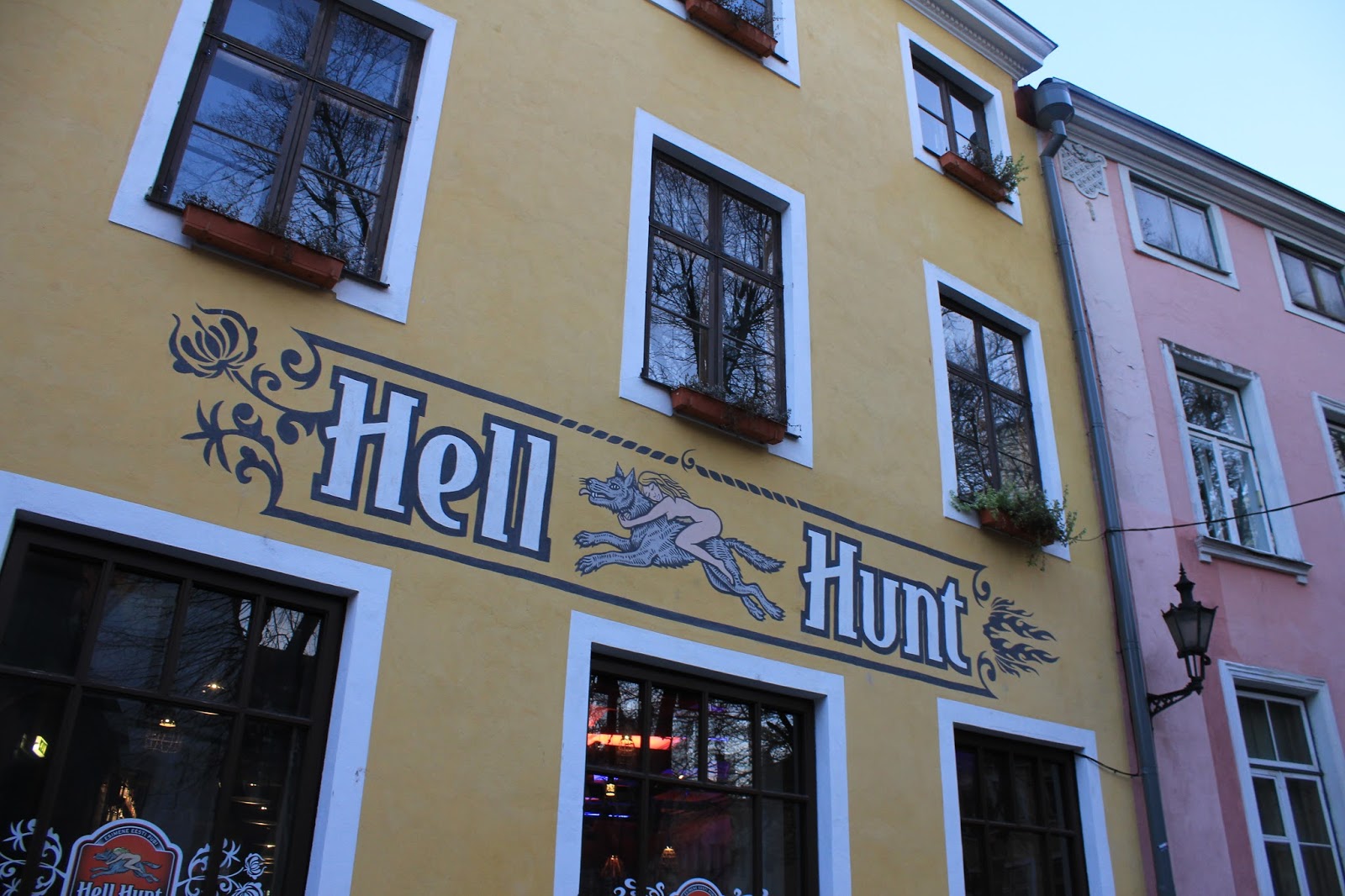 If you’re after a pint, head over to Hell Hunt. In Estonian ‘Hell Hunt’ means ‘Tender Wolf’, not quite as metal as you originally thing. It looks mighty tender up there doesn’t it? Being straddled by a naked lady as he gallops up to the bar.

Hell Hunt bears the (unproved) distinction of being the ‘first pub in Estonia’ since Estonia gained independence from the USSR in 1993. They have a massive selection of beers and ciders at decent prices, though I have a weak stomach that keeps me from being the stereotypical manly man I was destined to be and can only taken three or so pints before feeling bloated and sick. 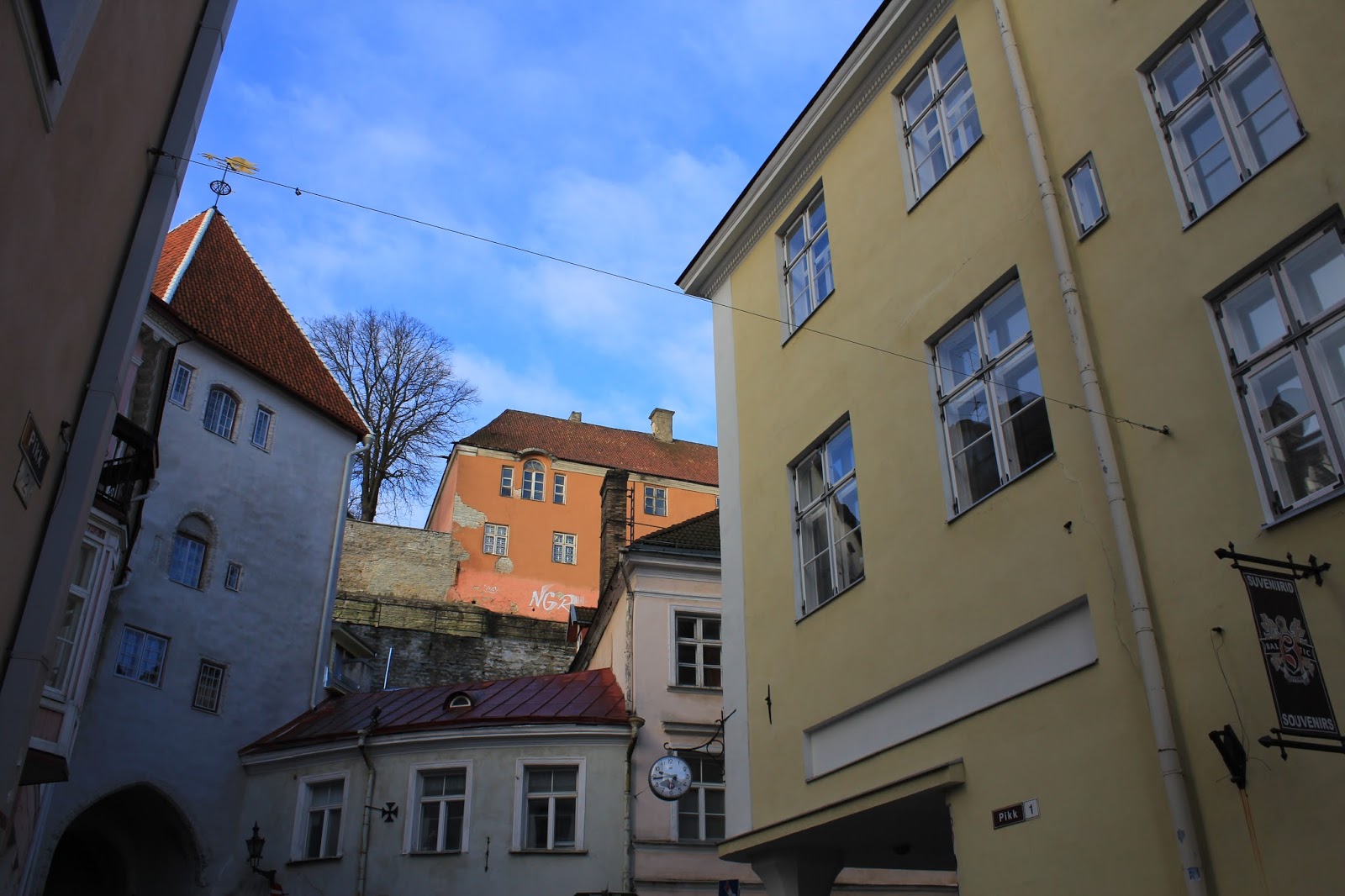 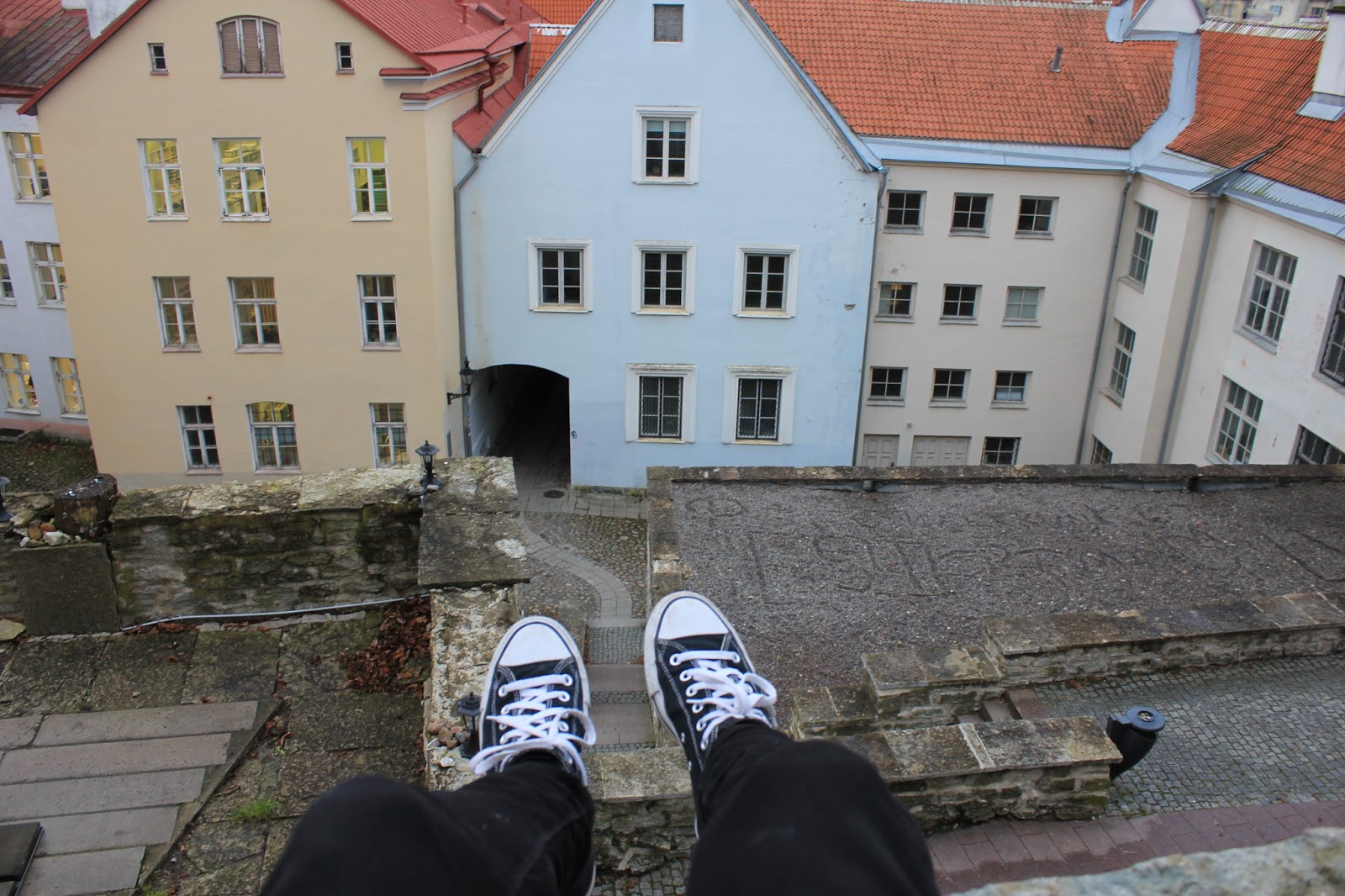 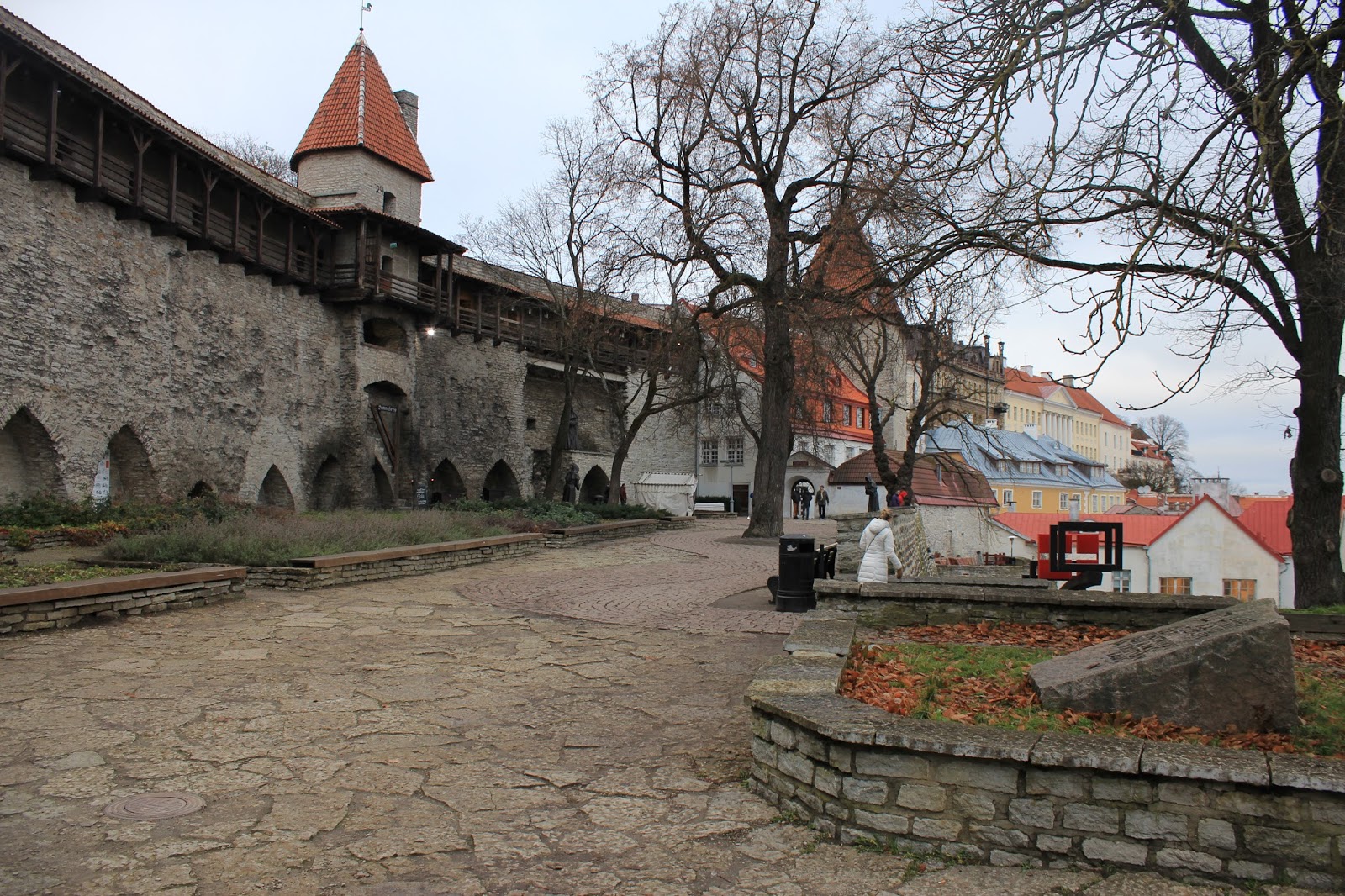 Whilst it’s one thing to put together an itenary for Tallinn, it’s much more fun to have a vague idea of what you want to do and exploring it for yourself. The Old Town is a maze of individuality and has surprises at every turn. My fondest memories of Tallinn are of walking around aimlessly with a camera in hand.

One final thing, go to Kiek in de Kok if you have the humour of a 13 year old. I’ll leave the surprise of what it is for you to find out (spoilers: it’s a lot more boring that you would hope) 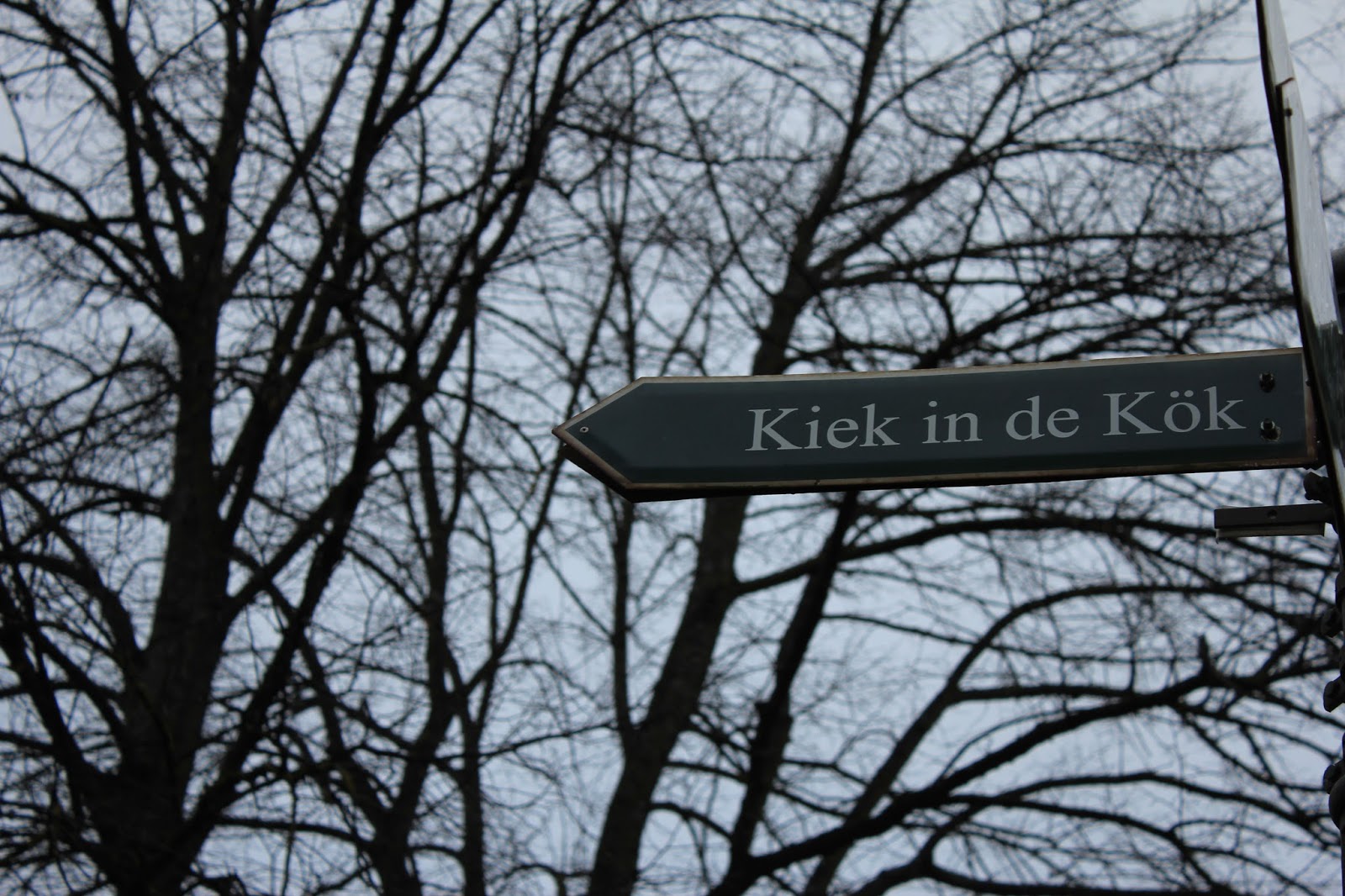 Catch up on my other North-Eastern Europe Adventure posts

For all other travel posts, hit up my travel masterpost.