Welcome to INTERVIEWED, a series of discussions and chats with creators of all kinds. 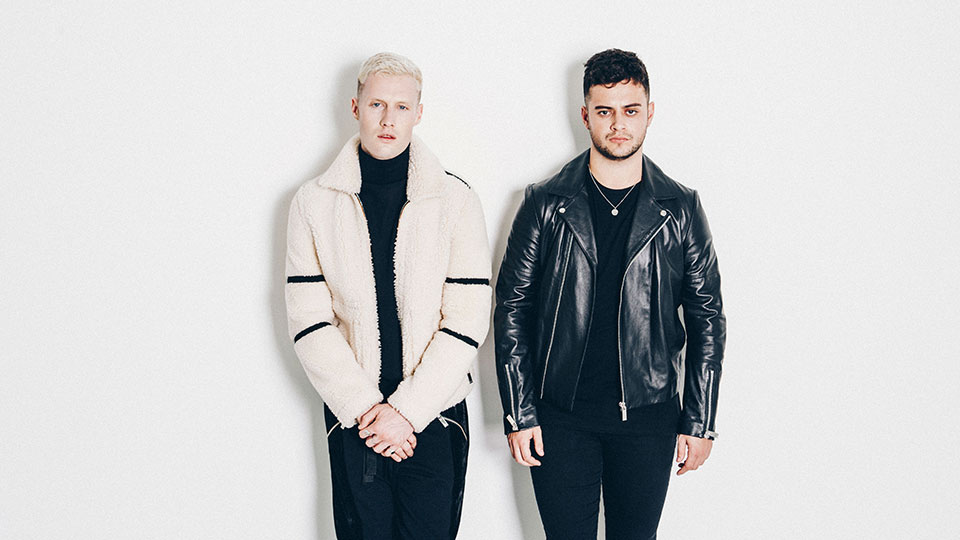 D: Who and what is OMYO, what’s the full backstory?

O: OMYO is made up of me (William) and Tom, who met a few years ago in a pub on New Year’s Eve and after a short conversation made a bet to write a song! 2 days later and a few rough tunes done, our second song was picked up by New Look for an advert and played on 1xtra.

D: ‘Mysterious Girl’ is your latest track, it’s been a bit of a journey from a slower one to what’s now described as a ‘confident and self-assured record.’ How was that process?

O: The first idea came about whilst sofa surfing a while back and thinking about a past love, Tom’s view was about meeting that special person on a night out and being intrigued by them. We wanted to add some more fun to our set as we always aim to create a real feel good fun vibe, so we had a writing session with VAHNI who put that huge drum sound through it and we knew it was special.

D: And how has it been making the videos not only for this track, but for Days With You too, do you treat music as more than an audio medium?

O: We like to be involved in the whole creative process so as to really express what we make when writing and I’ve actually directed our next video so the process really is all round. It’s trying to appeal to all the senses and push the emotions of the consumer. It’s always a little chaotic making videos, whether its driving around New York without permits or sneaking onto the trains in Berlin.

D: From 1Xtra, to Wireless and BBC Introducing, you guys are at the start of an already decorated career, what has been your favourite moment so far, or maybe the biggest shock to you?

O: Playing to 10,000 people at Silverstone was amazing, going out completely new to the crowd and having them on our side by the end of the set and singing along to Days With You was incredible. We were invited back to perform again the next day which was awesome.

D: And what’s your next goal, or something you want to achieve?

O: Releasing our album and really making an impact on the global music market, being recognised for both our independent business sides and writing for other artists.

D: As a Club Promoter and a Model, have you found knowledge from your individual industries to be useful in music in anyway?

O: Definitely, it’s being able to utilise marketing and being around people. Branding and creating something people want to consume. Fashion links for brands and magazines have been invaluable for our promotion and are so closely linked to music.

D: What artists are you guys fans of, who influences you?

O: Tom’s grandfather was a soul singer so he grew up around Soul and Motown music, the same with me but we appreciate producers and song writers from all eras – Bee Gees to The Weeknd, Drake, Marvin Gaye, JP Cooper.. its broad!

O: Dropping our long overdue album! Putting together a big venue headline UK tour, touring Germany and hopefully off to America as well. Just trying to keep pushing our limits and proving anyone doubted us wrong!

Big thanks to William and Tom for joining us today. Check out more of OMYO on YouTube, Spotify and learn more here.