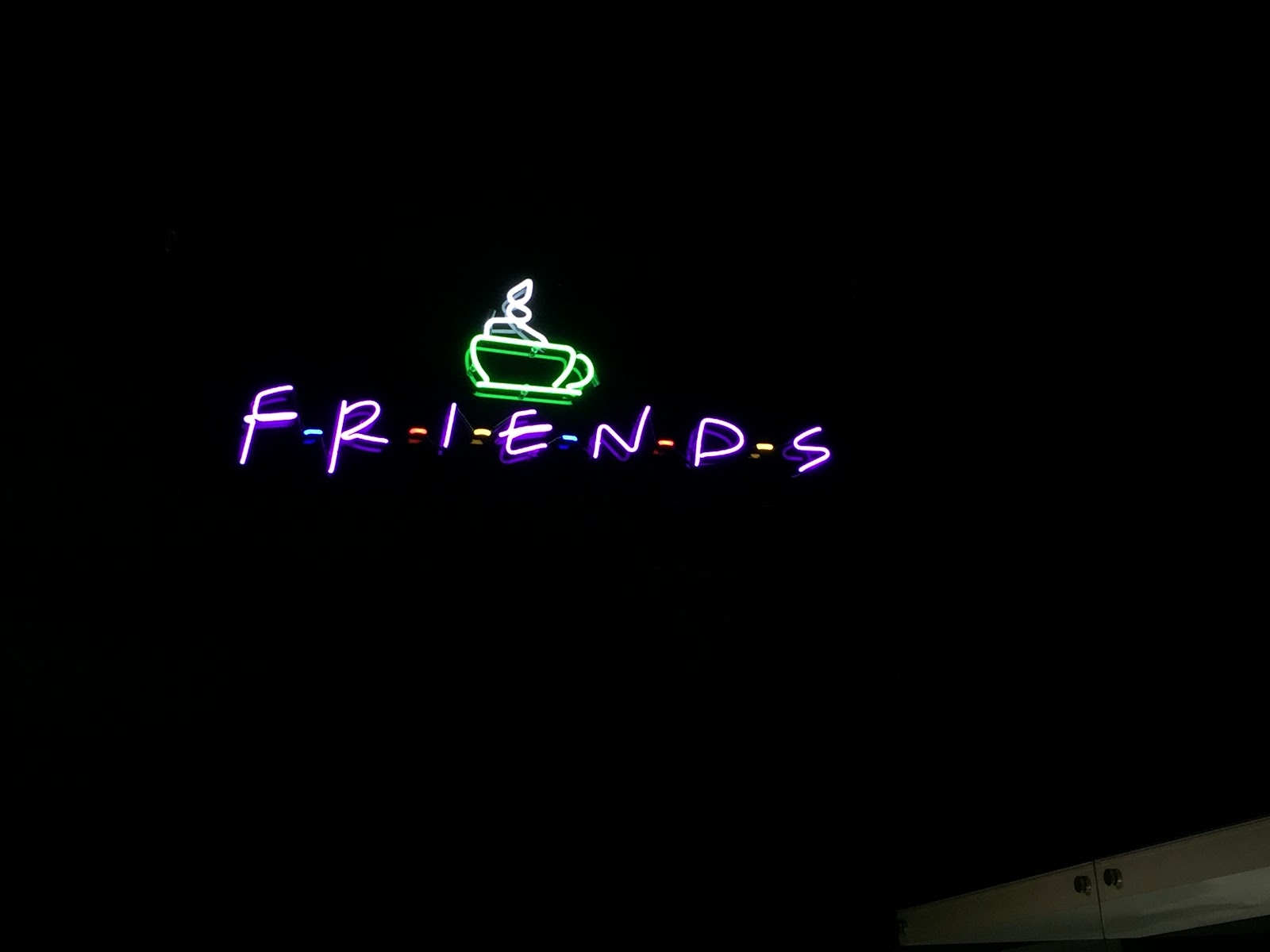 One of the things I’ve been looking forward to most this year is FriendsFest! An annual (it seems!) mini festival celebrating one of TV’s most iconic and most beloved series – Friends!

For it’s sophomore year the festival toured around England and Wales, ending in Clissold Park, London, which is where Amy and I had a look!

The event was sold out far in advance of the actual event, tickets cost around £25 a pop for entry and a set tour…a price which is kinda overpriced, but you gotta let that nostalgia factor run wild. 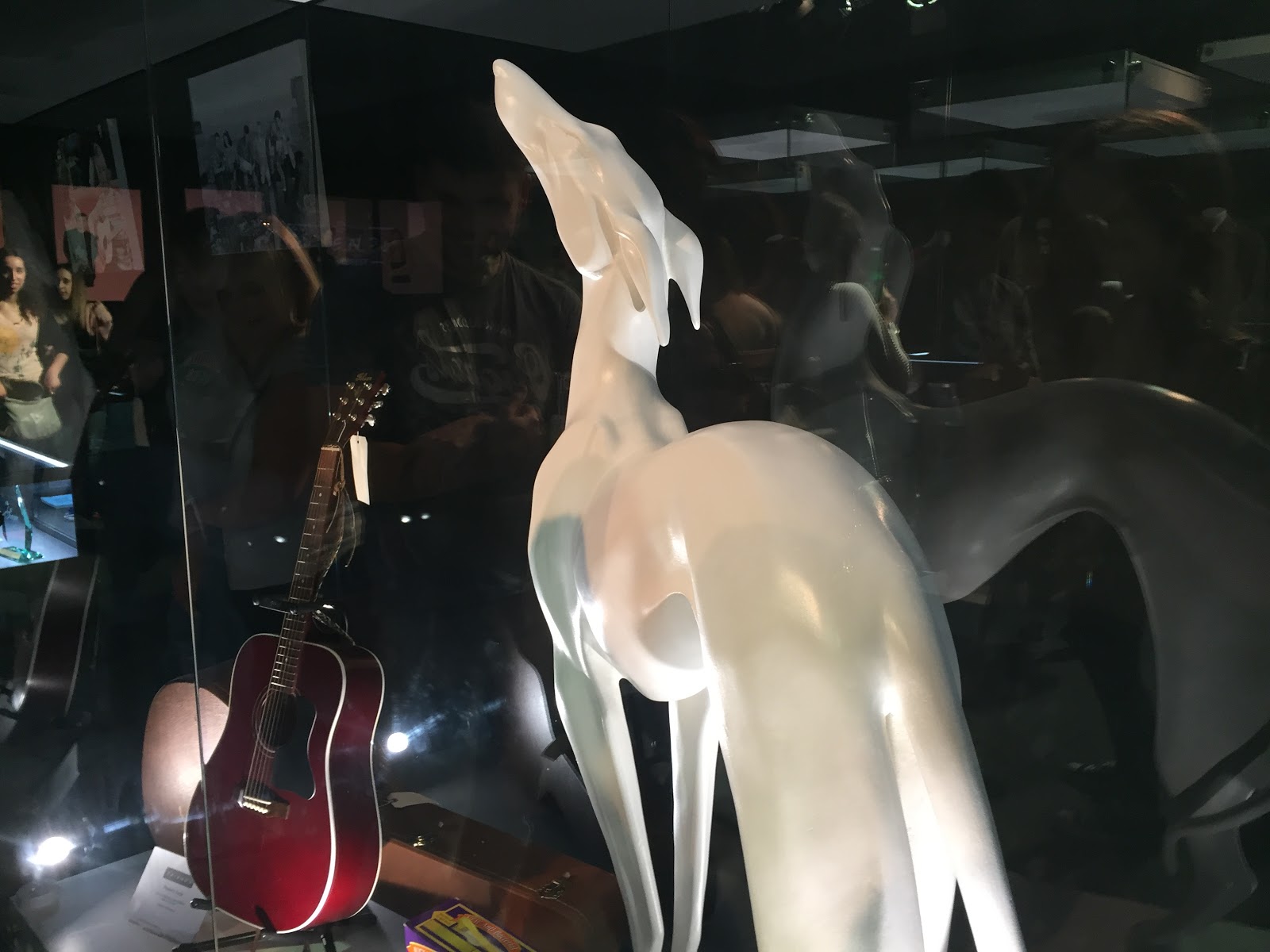 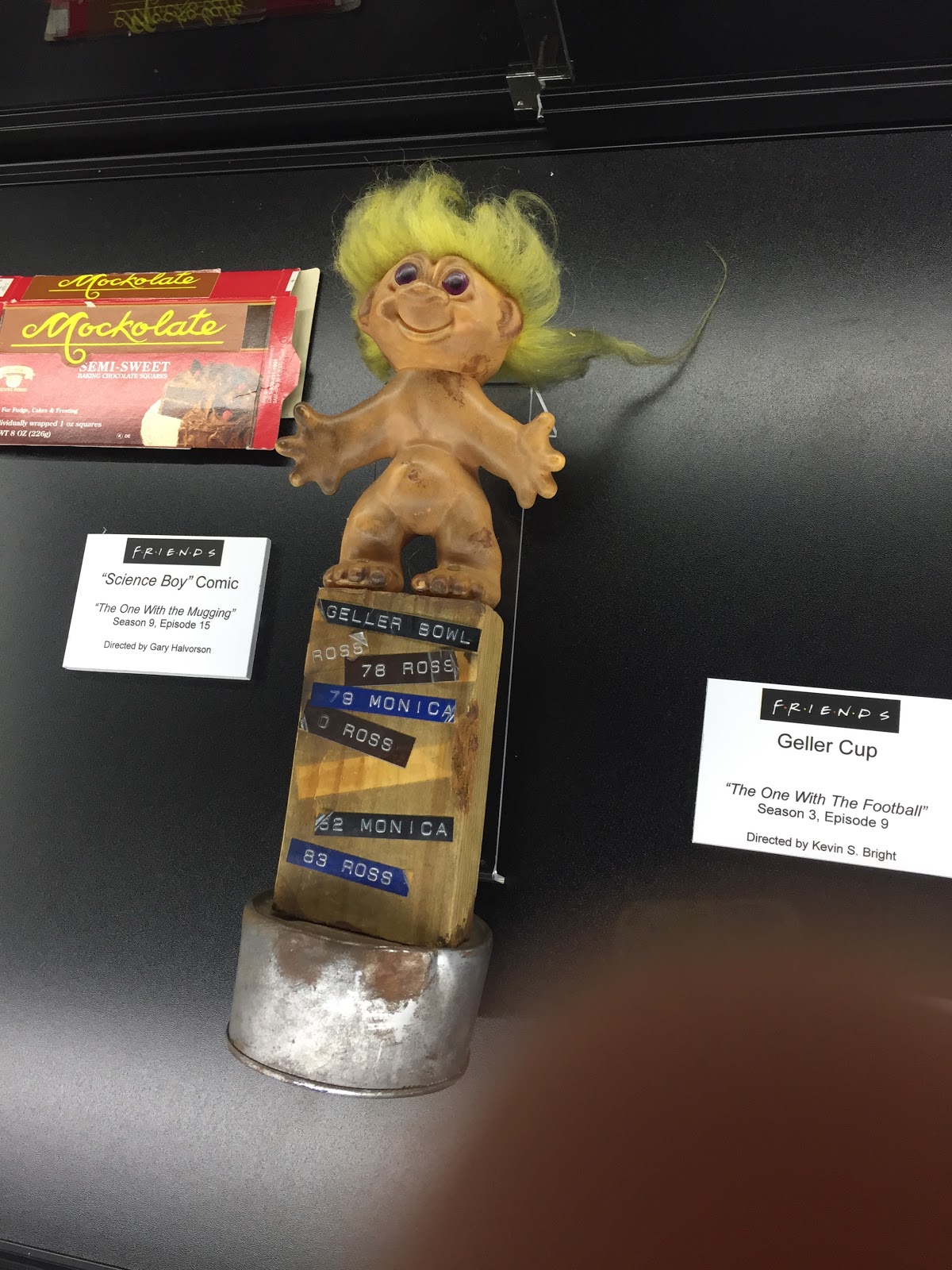 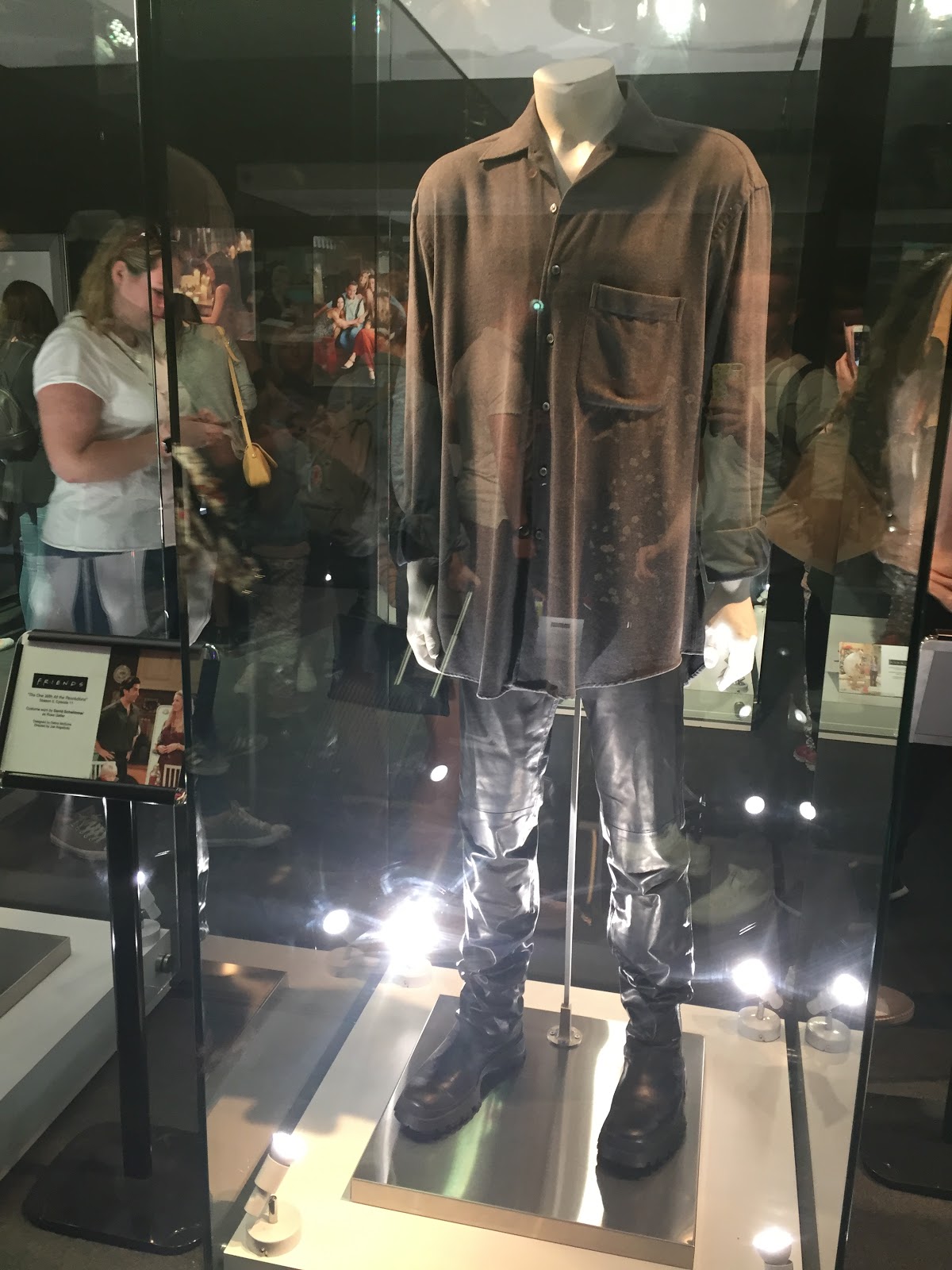 If you booked a set tour (which you bloody should have done, it’s the best part) you got to take a look at some of the most iconic props and costumes from the series!

My personal favourites were the above, Joey’s giant ceramic dog, the Gellar Cup from the best Thanksgiving episode of all, and Ross’s leather trousers look. Loads of other props and costumes were dotted about, you really appreciate the detail that goes into these things once you see them in person. I didn’t expect a sitcom to give such weight to it’s props. 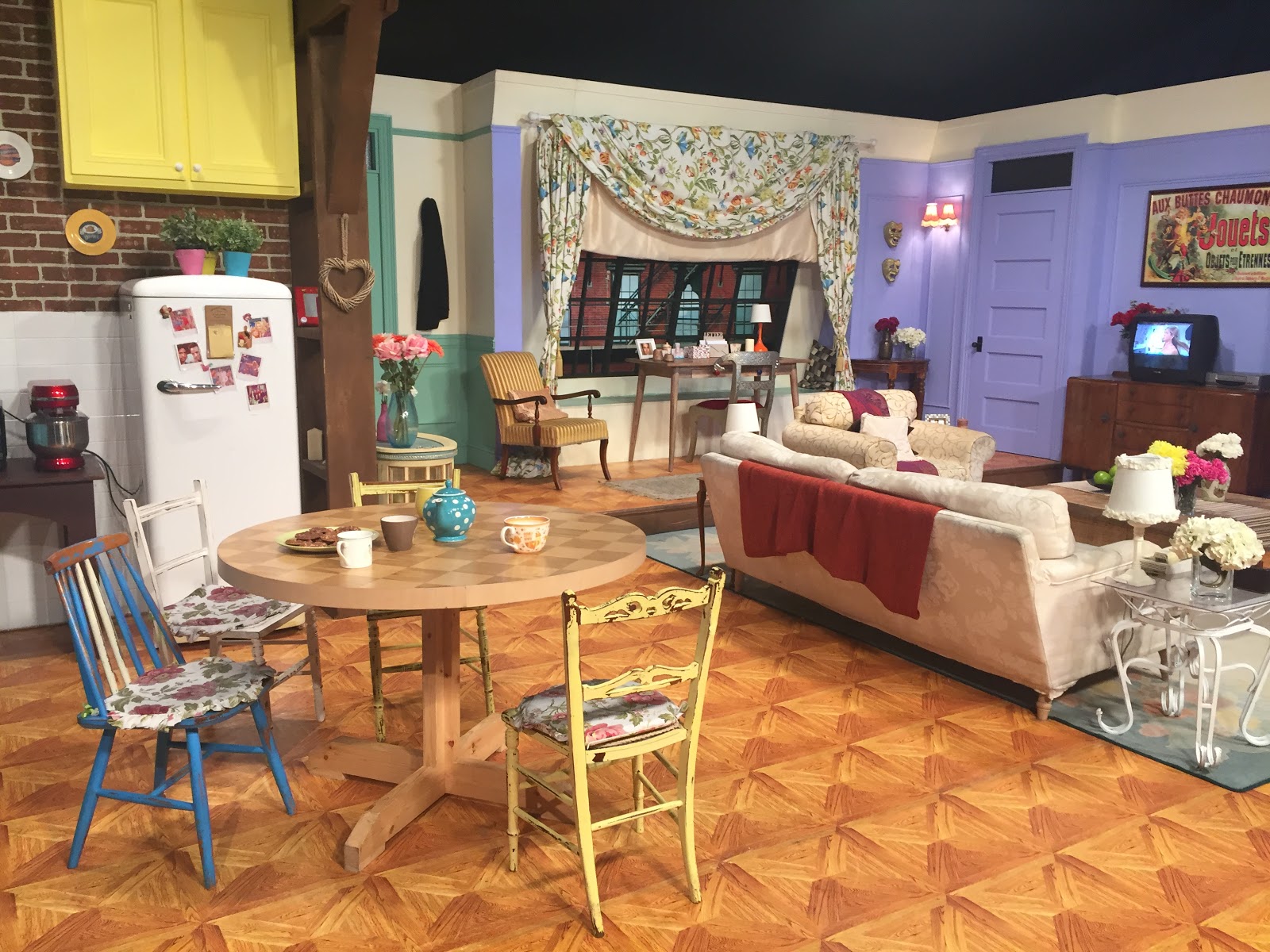 The set tour allows you to take a nosey around the show’s most famous set of all, Monica and Rachel’s apartment! It’s very surreal to step into one of the most iconic sets in television history.

Bizarrely it felt smaller than on the show, but still bloody huge for an NYC apartment as constantly referenced. 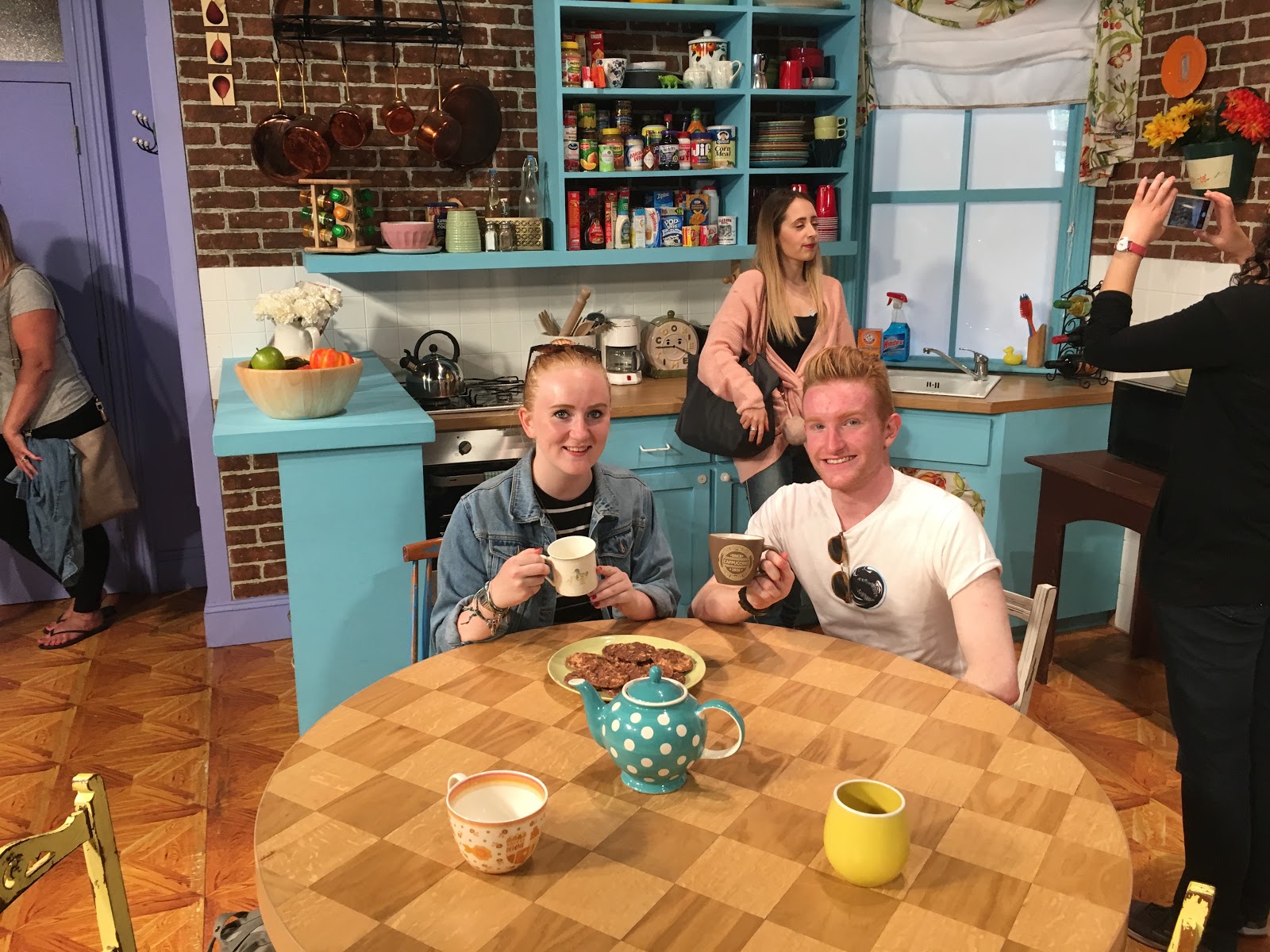 I have been ripped for days due to how I held this mug, I panicked in the moment.

Notice the details, like the cookies Monica made in the hopes of cracking Phoebe’s grandmother’s secret recipe. Also notice the people in the shot, the set tours were a little crowded and a little rushed sadly. 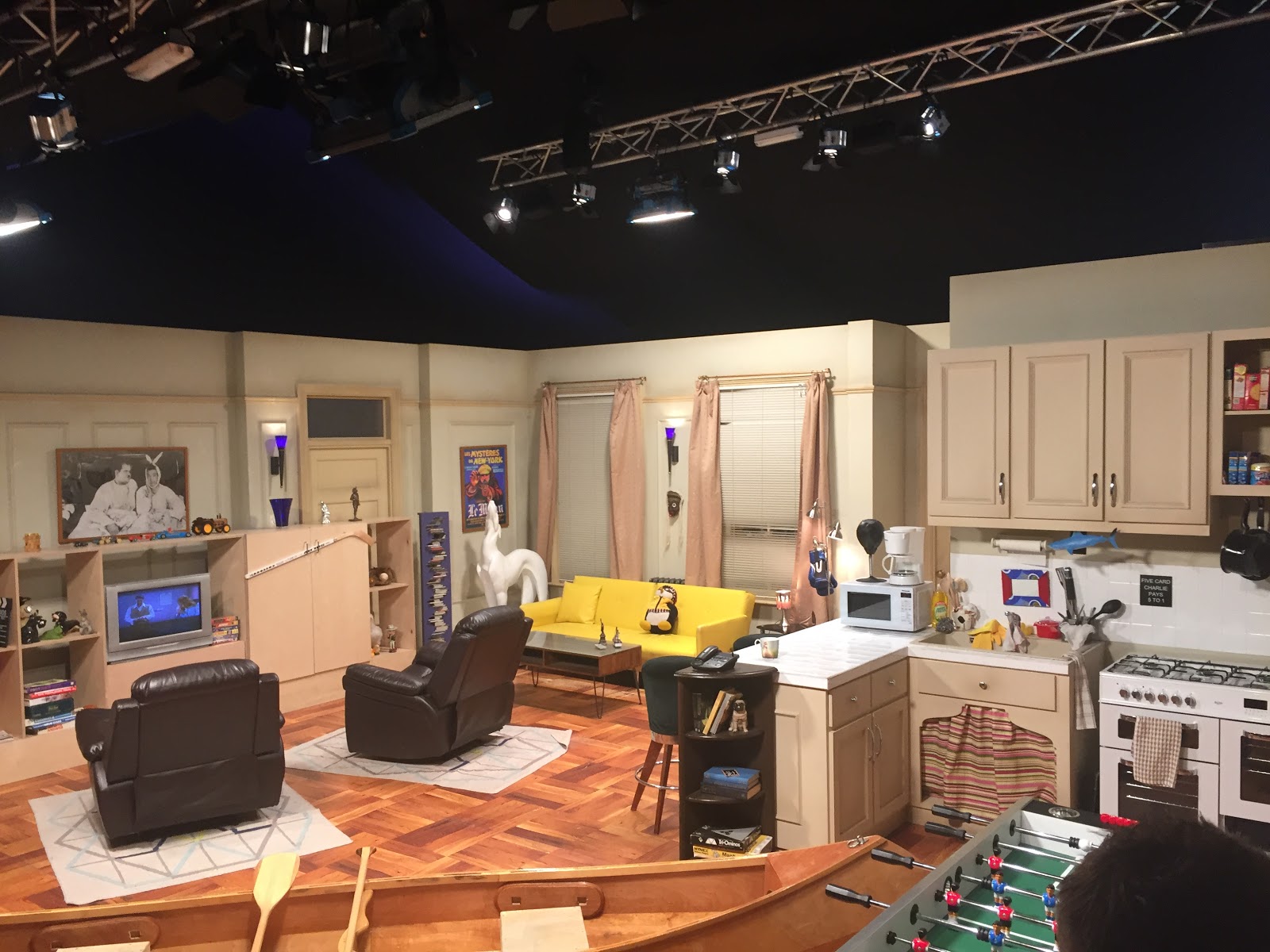 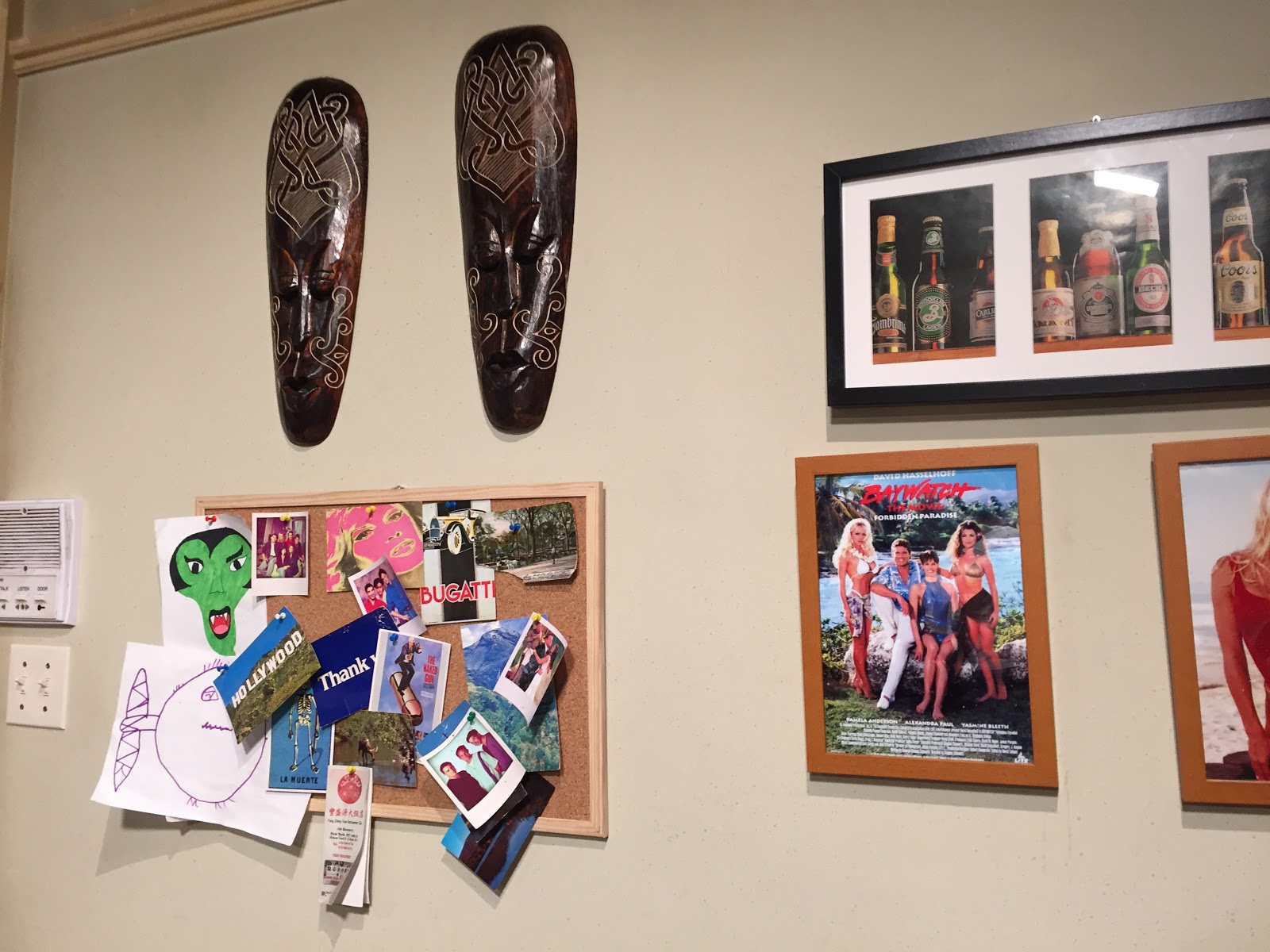 Chandler and Joey’s apartment is very fun to poke around due to the amount of nick nacks and references dotted about. I loved seeing the drawings Monica made to cover up holes and Hugsy the penguin!

Once your set tour is over you’re free to eat, explore and snap pictures galore. 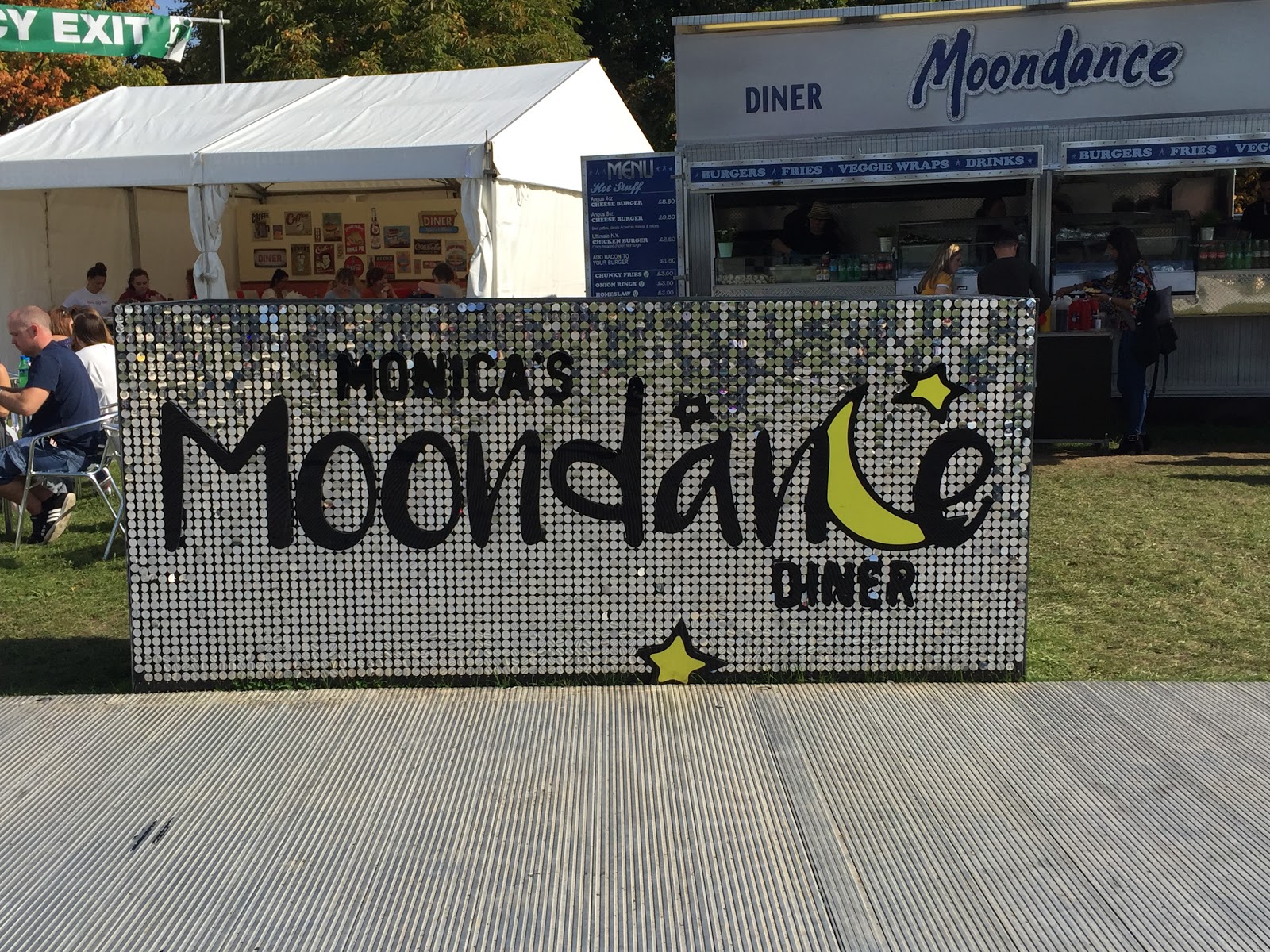 The foodtrucks are only vaguely Friends themed, but it’s a solid effort so I’ll take it. Monica’s Moondance Diner was my choice. There was also a mocklate van, a sandwich stall (MY SANDWICH?) as well as the Duck and Chick bar and Central Perk of course. 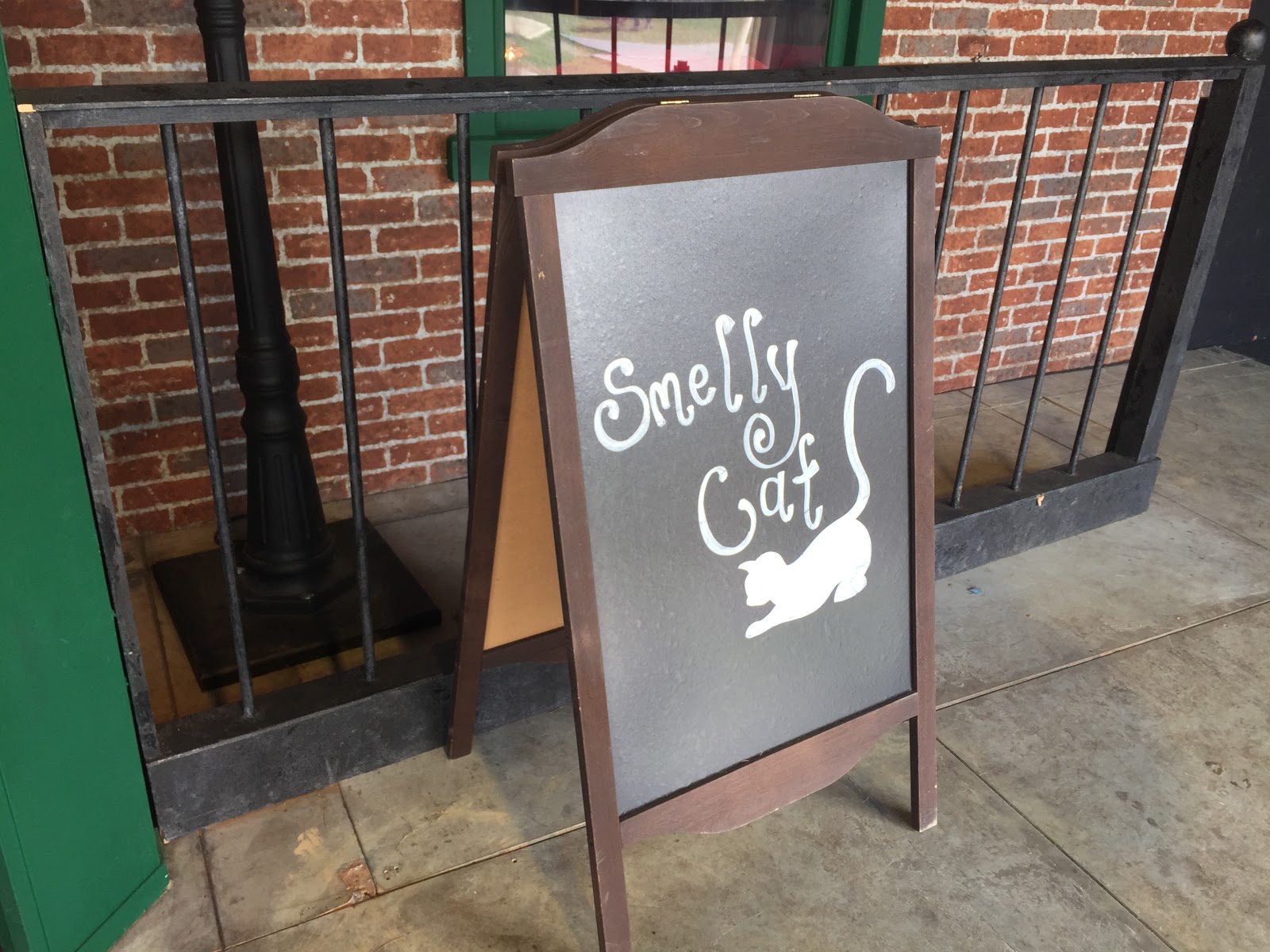 Central Perk sorta lost it’s novelty as Liverpool had two Central Perk cafes at one point, so we were totally used to hanging out in these places! Once again, it was fun to explore but extremely crowded and pretty much only consisted of a queue that stretched all the way around. Though the Phoebe tribute act brought the place to life and was a genuinely great singer. 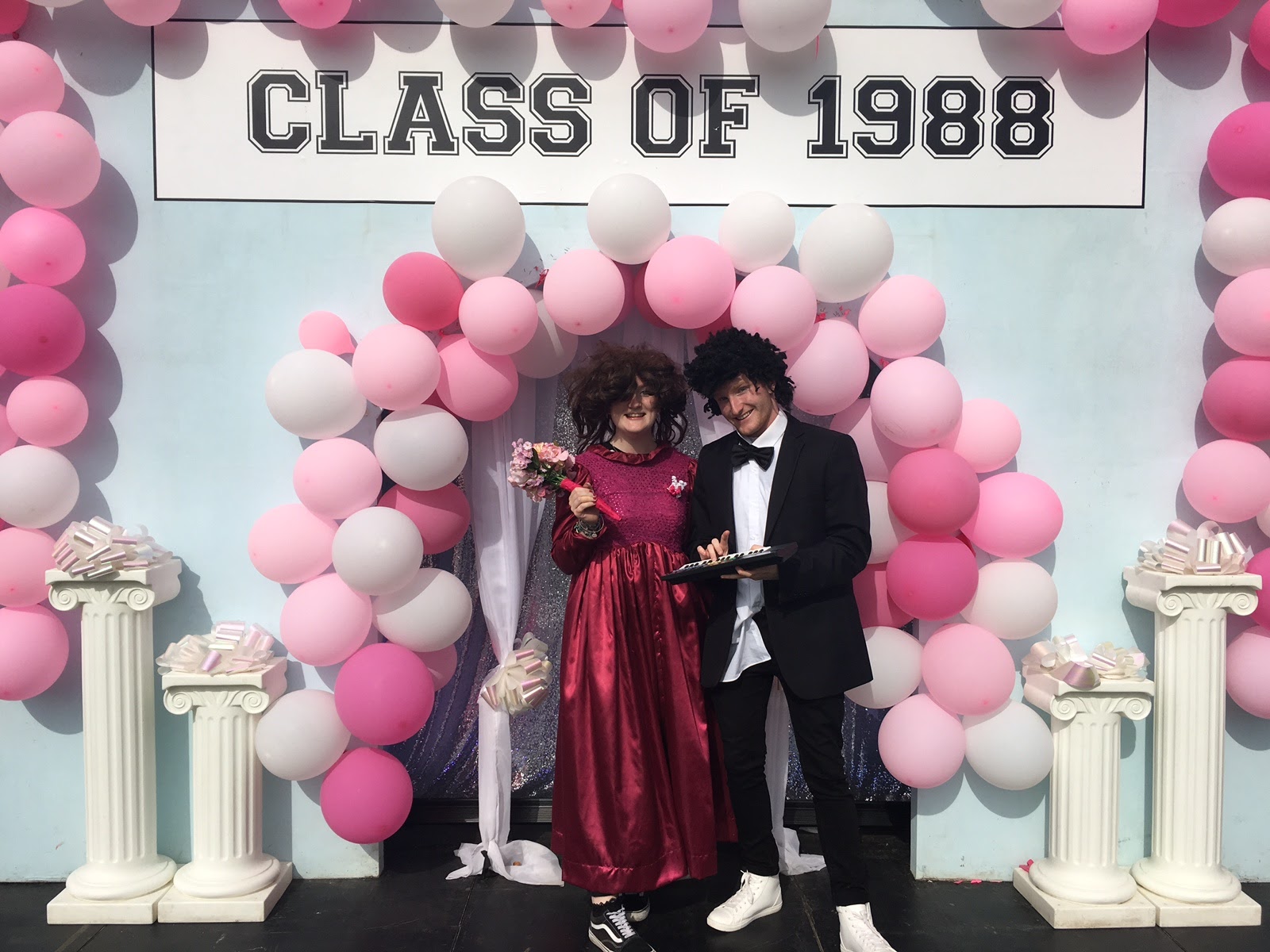 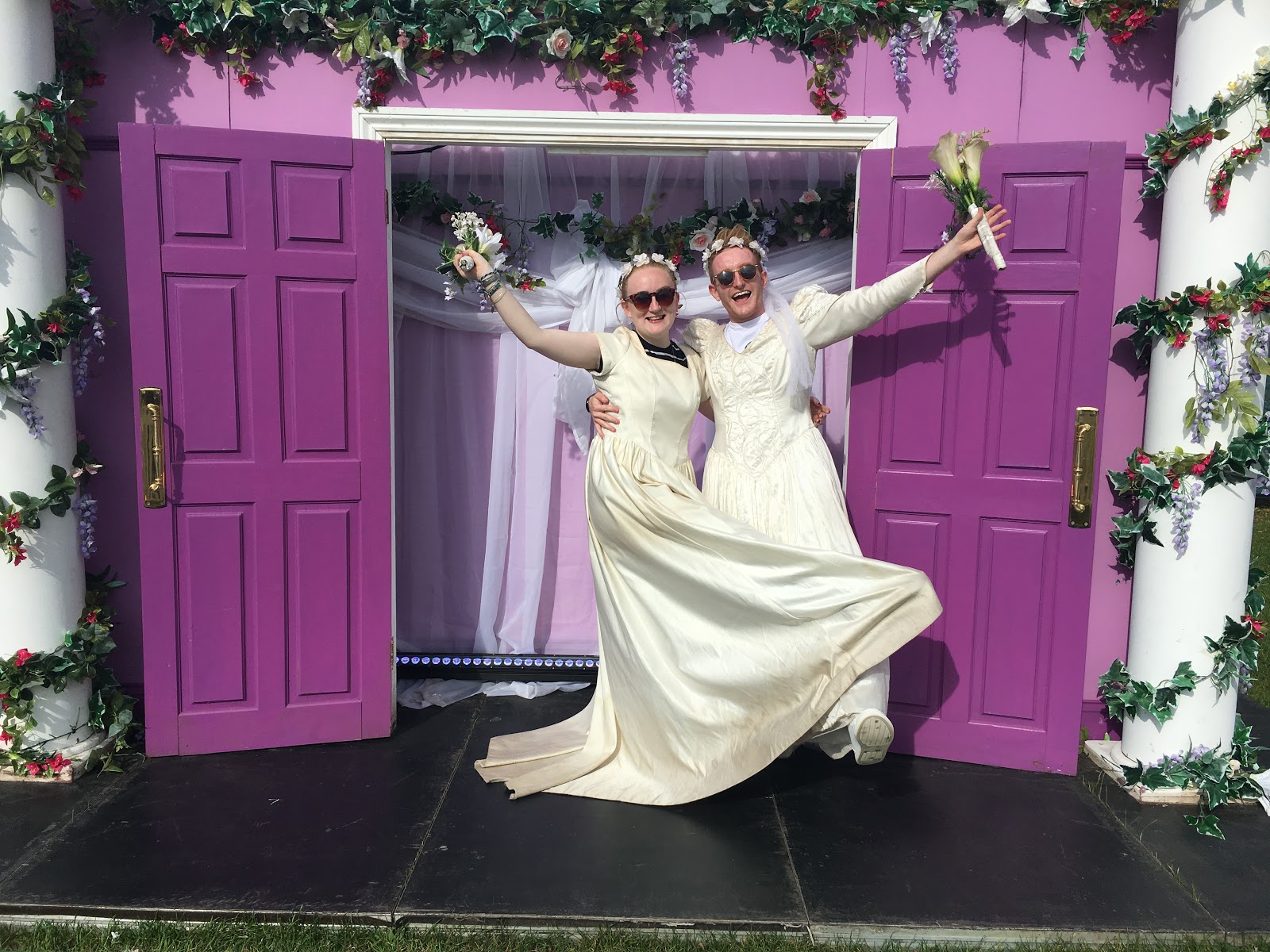 Of course we had to take some dumb photographs, above you’re seeing Monica and Ross at prom and two Vegas brides because I thought a wedding dress was more fun than a Gladiator suit.

So in summary, Friendsfest is a pretty good day out, it’s only going to fill about 2 hours of your day in truth.

Is it worth the £25 entry? Not really. It’s a fun experience, it brings the show to life, but you’ve gotta really love Friends to appreciate it! I bought the tickets 7 months ago so it’s hard to care about the money, but if I’d paid entry on the day I would have been a little pissed off…

As a huge fan of the show, I’m glad to have gone and experienced it! Stepping into those apartments is definitely the best thing of all and a very weird experience. Now we can count ourselves amongst the six friends who all lived there at one point!

Hopefully Friendsfest will be back for a third year, looking at how well ticket sales went, it seems likely!