It’s that time again, and June has been something else entirely. There are far more tracks in here than usual, so settle in and get ready! 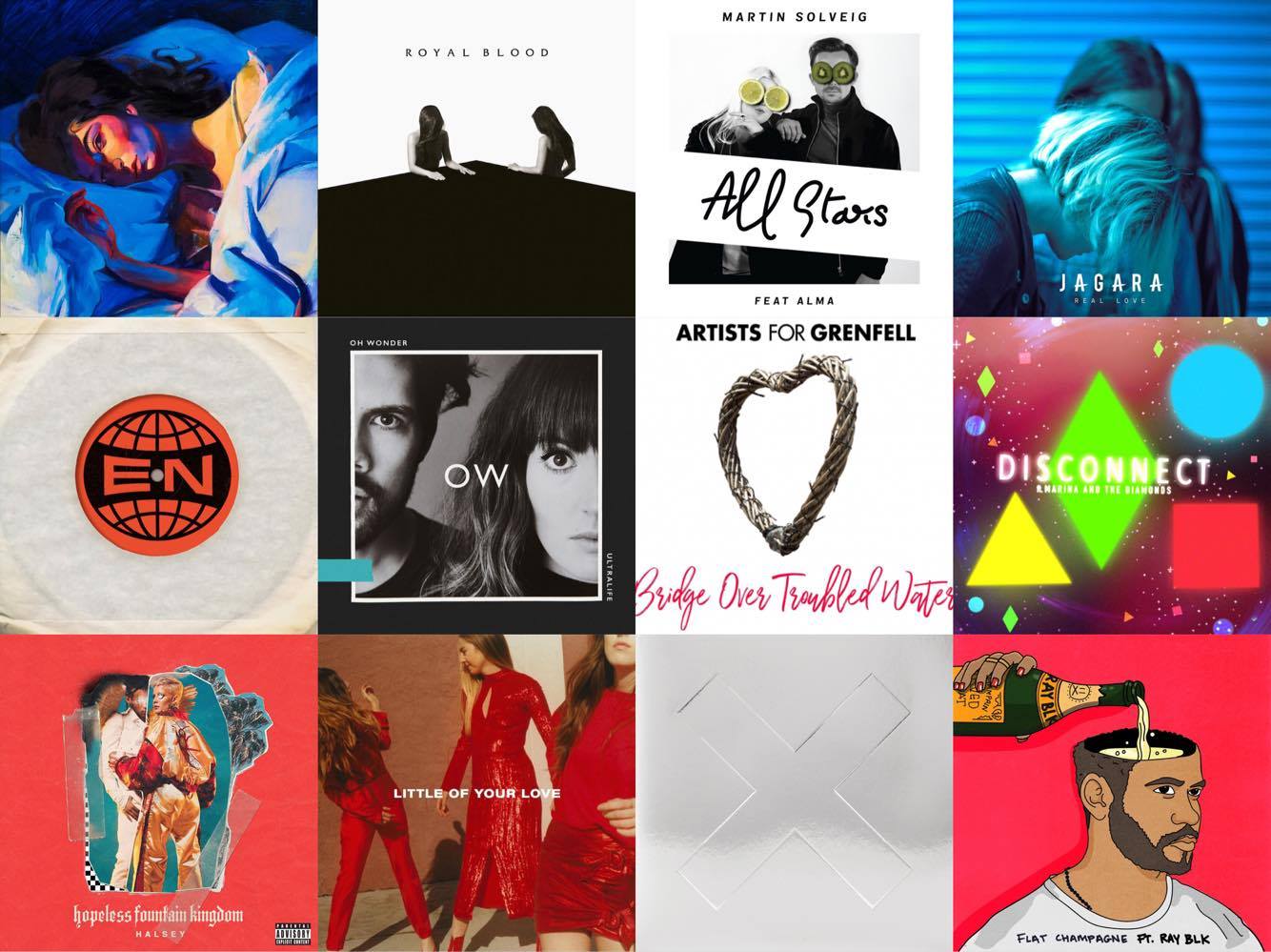 Just before the full Melodrama album dropped, Lorde gave us another teaser through 3 minutes of ethereal pop making us question why we all booze to excess. Despite getting existential, it’s everything you need.

The title track from the band’s fifth studio album dropped early this month. An upbeat backing track paired with the ever-amazing vocals make this one of those songs you listen to all day and never tire of.

This Halsey record can be described as ‘too real’, with 100 Letters being the true opening track (discounting the prologue) and cutting deep straight away. You might find yourself crying as you sing along to this one, it’s too catchy to not bop through the tears.

The second of three Lorde tracks to feature in this month’s music roundup. Sober is a true pop anthem describing the fear of the morning after whilst still living the night before. Some damn relatable lyrics packed into a song with beats on beats, layers on layers.

I Only Lie When I Love You – Royal Blood

I’m new to Royal Blood, I’m ashamed of that, I’ve been missing out so much. Their sophomore album was released this month, with this track being one of the many killer songs. The heavy guitar and drum beats are so remarkably Royal Blood, making this one of the quintessential tracks for me.


Reminiscent of Public Service Broadcasting’s signature style, this new track from Oh Wonder is the chill pop song you need for the summer. A duet the full way through, this will keep you hooked from start to finish.

Little Of Your Love – HAIM

HAIM’s latest track from their album dropping THIS WEEK(!) is a 50s inspired track harping back to the HAIM we know from If We Could Change Your Mind. I don’t think we could be more excited for this new album.


ALMA’s ridiculously upbeat pop is going to be the sound of the summer. You’re likely to see her at every festival you’re going to – get prepared!


London was struck by another tragedy. The Grenfell fire has officially claimed 80 lives, however the actually count is likely much higher, with estimates of up to 300 dead. Over 40 artists came together to release this cover, with an added heartfelt verse from London’s own Stormzy.


The xx dropped the deluxe version of their critically acclaimed ‘I See You’ this month, featuring 3 new tracks. If you’re a fan of The xx- you’re in luck, if you’re not, now’s the time to jump in.


Bringing some indie, some pop, and all the chill vibes, Jagara’s Real Love is an absolute banger.

A track so fabled it was almost legend. Finally it’s out, being dropped out of the blue and performed at Glastonbury the same day. Marina fans have been missing her since 2015’s Froot, and now she’s all back.

Having never listened to either of these artists properly, this new track has been a great introduction, looking forward to spending more time in their discography.


Harris’ star studded album ‘Funk Wav Bounces Part 1’ dropped on the last day of the month, with this being one of the many stellar tracks. Get this, and 90% of the album, on your summer playlists.

And those are all my favourite tracks from June, July has gotta bring it.

Here’s a playlist compiling all of my favourite tracks from the year so far: