INTERVIEWED: TO KILL A KING

Last Thursday I was not only lucky enough to see To Kill a King play the first of their three nights across three venues in London. On Friday I chatted to Ben (synth + vocals) and Josh (drums) ahead of their show in Hackney. 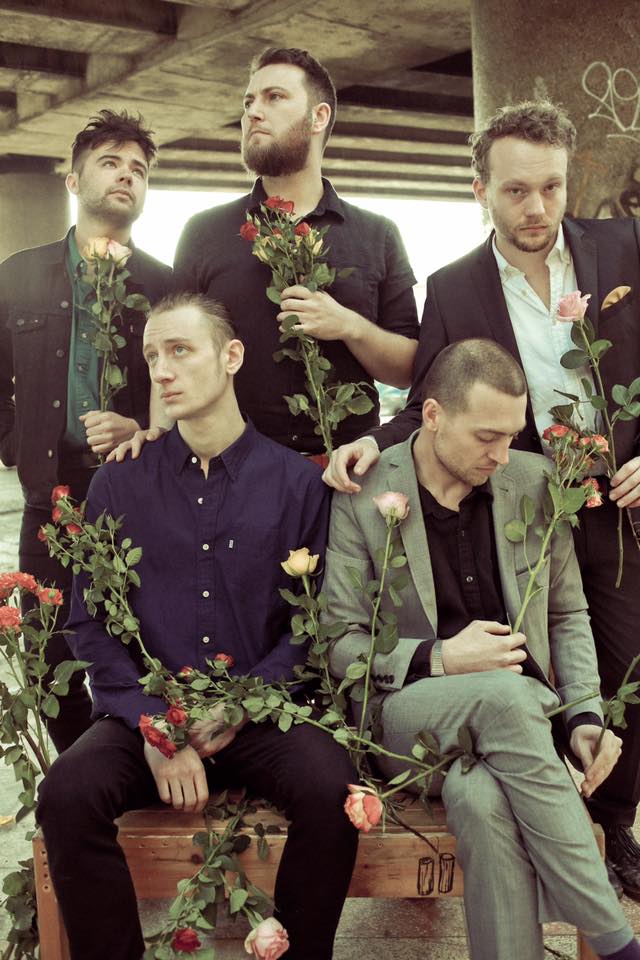 D: How was last night?

Josh: Yeah, fantastic, it had been a really long time since we gigged. We had a little taster the week before, my parents have a little café and they asked if we’d like to do a gig, it kind of exploded a little bit and we ended up doing it at a proper venue as a full band and it was a nice little taste to get us into gigging again. It made us all very excited for this little trio of gigs that we had coming up.

Ben: I felt like it went well last night, considering how long it had been.

D: You guys were incredible, you looked like you were definitely in your element.

Ben: Yeah I was absolutely loving it, I loved every minute of it.

Josh: There’s something about being on stage, you are just so connected with what you’re doing and even though you’ve maybe played the song a thousand times, there’s always something different. It’s like a football match, you know when you score a goal it’s the same set up but no two games are the same. It always exciting.

D: LP3 is coming soon,How has the process been, it’s been a long one for you?

Ben: Yeah it’s been really long, it’s happened without us really noticing it to be honest. We haven’t really taken any time off but we’ve just done a little bit every week and after however long it’s been, we were
just kind of like, oh shit we just recorded an album! We’ve been doing it for so long, you just forget that you’re working towards an album.

Josh: It all became very clear to me when Ralph made a playlist of a version of the album, we had quite a lot of songs for it, going through that playlist we realised we had actually done it, it was all there!

Ben: Fingers crossed it’s all recorded now, just a few more tracks have got to be mixed. We haven’t gotten release plans yet. It’s close.

D: Any favourite gig moments in your career thus far?

Josh: In Sion, Switzerland, we were taken around by the man who was voted by the town as man of the year. Everyone loved this guy, he took us around and fed us, took us to a restaurant, it was a nice experience.

Ben: I think the one that jumps to mind with me is doing a stage dive in the encore of our Shepherd’s Bush show, managed to swim to the back, say hello to my brother and swim back to the front for the end of the song. My brother got it all on video.

Ben: It’s weird that you don’t notice it when you’re in it, a couple of years we did two European tours, two UK tours, the States. At the time we were just on the road all the time.

I’ve been working with up and coming bands on production, I see them online on the road and think about how I’d like to do that then realise, fuck, we did that! That was me!

Josh: It’s the reflection, that’s all part of it.

Ben: You remember the little places you end up staying or the bizarre people that you meet.

Josh: We’ve met so many people, when you stay with fans you end up meeting wonderful people but you’re being accepted into someone’s home, members of their family might not be a fan! Those are fun experiences, they’re nice ways of touring.

A stand out one has to be the first time we played Brixton Academy, it was one of the first places I went to a real gig and I’ve seen so many bands there, to play it felt amazing.

Ben: The first time we played there I was not used to having that much space around me, I felt a bit like a rabbit in the headlights! I was probably moving the same amount as I normally do, but that’s the thing with bigger stages! I felt out of my depth.

D: You guys have worked with other bands in the past, you’ve worked with Bastille and I hear Ralph is working on Annie Oakley Hanging with Dan Smith, do you have much else going on apart from LP3?

Ben: We’ve been focusing on the album, but after we finish it, hopefully in the next couple of weeks, we’ll have a gap and that’s when we’ll probably get bored. We’ve always done a lot of collaborations so we’re
thinking of something like that, but no ideas are fully formed just yet, but we’re cooking some up.

Josh: We spend our lives doing music, so inevitably you end up doing projects, but you don’t necessarily think of it as a project.

D: Have you got any dream collaborations outside those you’ve already worked with?

Josh: The National would be pretty cool, though there are so many. I’d love to work with St Vincent and David Byrne.

Ben: I’d like to collaborate with Angel Olsen, because I am in love with her.

D: When was it that music became a full time thing for you?

Ben: Pretty recently for me, I also do music production, and until this year I’ve always done web design as a way of fitting around the band. This year I’ve worked only on production and To Kill a King stuff.

You have to be at the top of the game to make a living of it, so we all sorta do bits and pieces and try to make it as close to what we do as possible. It can be hard for anyone to find a career or jobs that fit
around touring schedules.

Josh: Part of the survival aspect of an indie band is to know that it’s quite D.I.Y and that you’re going to struggle most of the time, if you accept that you’re in a better stead to survive. Any money you make goes
back into it, the cost of touring is immense, the cost of gear breaking, the list is endless. You’re trying to sell your tickets, trying to sell your merch, and you just about can breakeven on a good day. It’s a real battle, unless you really love doing it, you’re fucking mad.

Ben: Sometimes you do think why are you doing this, but you know it’s 100% better than not doing it.

D: Do you have a favourite film of all time?

Ben: one that was pretty big for me when I was getting into films was The Royal Tenenbaums and Being John Malkovich. I had them on VHS and watched them over and over again.

Josh: When I was younger my favourite film that I’d watch for days on end was The Three Amigos. Other than that, probably Blade Runner, it’s a fantastic movie.

D: What are you listening to at the minute?

Josh: I’ve been listening to a lot of this band called Death From Above 1979. I really love their energy, they’re just really, really cool.

Ben: I’ve been pretty much listening to the same song for the last three days, it’s calling Imagining my Man by Aldous Harding I’ve literally had it on repeat, I hate to think how many times I’ve listened to it. It’s super chill all the way through, but she does really let rip on her vocals, just thinking about it now gives me goosebumps.

D: What Hogwarts House are you?

Josh: I’m the one that got expelled. Bit weird that they segregate everyone out like that.

Ben: I’ll go for Hufflepuff, mainly for the name.

Big thanks to the lads of To Kill a King for finding the time to chat me. Make sure to follow both Ben and Josh on Twitter (as well as the main band account)

Stream their latest single, The Good Old Days, (which is one of my favourite songs of their’s) on Spotify.

If you ever get the chance to see these guys live, make sure to, they’re truly incredible.

Check out every other interview on the blog right here.

Where I’ve Been (Spoilers: It was Japan)