Welcome to #INTERVIEWED, a series of discussions with creators of all kinds. Today we’re joined by someone with taste in both fashion and film, Sophie Elizabeth of Popcorn and Glitter! 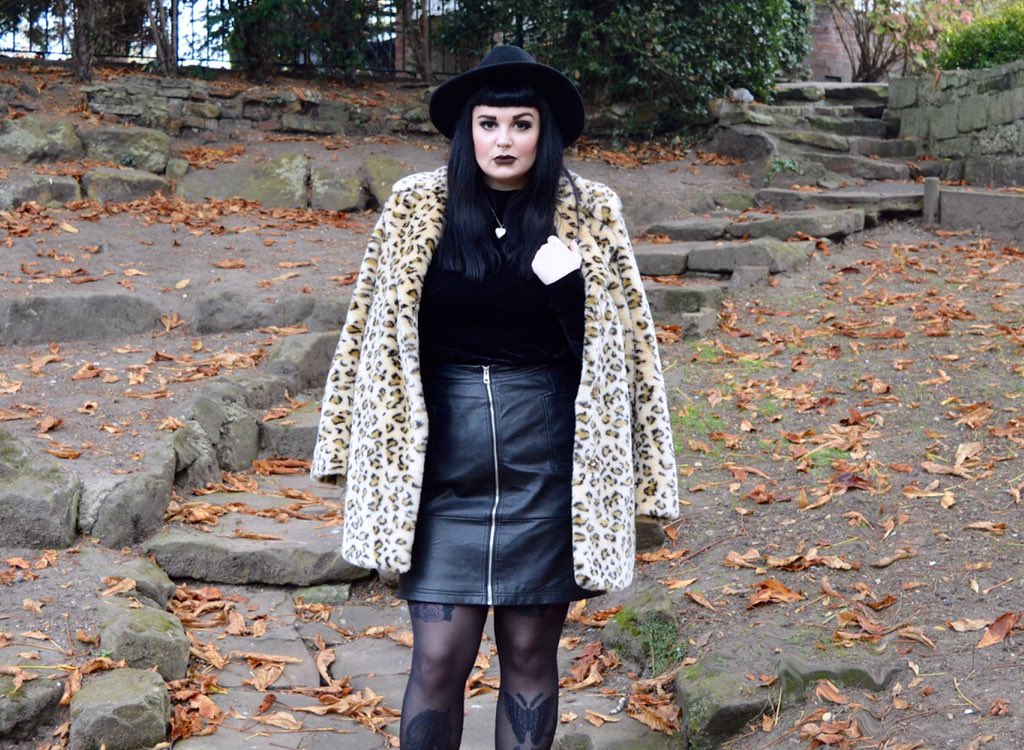 D: What is it that you do online?

S: I’m a film and lifestyle blogger over at Popcorn and Glitter. I write mostly about my London adventures, films I love and a lot of food. It’s pretty much the rantings of a film obsessed crazy cat person who eats too much

D: Could you tell me a bit about the woman behind the blog?

S: I’m 25 (very soon to be 26) and was born and raised in London. When I’m not at the cinema or eating, I’m working as a social media manager by day and I also work as a freelance film writer.

D: What is it that got you to create a blog?

S: I’d always followed bloggers online and as much as I loved their content, I could never find anyone that truly represented me and my interests. So I thought, why don’t I do it? It sort of started as fashion with the odd bit of film thrown in but it’s very much evolved in to a purely film and lifestyle blog now – with the occasional fashion and beauty post.

S: Yeah I mean there’s countless film bloggers out there but I could never find any that also shared fashion, beauty and food in between also. Popcorn and Glitter is pretty much just all my interests under one roof.

D: What struggles come with a blog that people don’t tend to realise?

S: I often find myself constantly comparing myself to other bloggers; worrying whether they’re better or why they have an opportunity I don’t. I think it’s best not to do that else you’ll go mad so I have to remind myself to just do me and confident in my own abilities.

The late nights and work outside of my full time job can sometimes be a bit of a struggle, especially if you’re just not in the mood that day. Although, I think I’ve gotten a lot better at saying “no” to things I don’t want to and not saying just I’ll do it for the sake of helping a random brand I don’t actually want to work with. I think a lot of bloggers feel the pressure to work with companies because they feel they have to and not because it’s content they actually want on their site. I’m a lot more picky nowadays and I’m much happier for it.

D: It’s good that you’re picky with brands, it can often feel like you’re throwing something away when you turn a brand deal down early on in your ‘blogging career’.

Conversely, do you have a favourite part of the blogging process?

S: I’ve been very lucky to work with some incredible brands which have given me some amazing opportunities. Regardless of the events and brands though, I get a real buzz when someone tells me they loved my content or read my post. I get a lot of people telling me they saw a film or tried out a restaurant based on my recommendation and that’s really cool to hear.

D: That’s awesome! Is there a standout post or moment in blogging for you?

S: I think getting contacted by Disney was up there for me. It later lead to me be given the chance to speak face to face with the cast of Captain America: Civil War at the Marvel European Press Conference. I’ll never forget how nervous I felt and how awesome that whole day was!

Could you list a few people (content creators or not) who have had the biggest impact on the content you create and what you do online?

S: I’m not sure if he’s had a big impact on my content as such but I’m pretty much obsessed with Mark Kermode and his style of film writing. I think most film critics aspire to be at his standard – as impossible as that is! He has a beautiful way of looking at film and finding the finer details.

D: What is your Hogwarts house?

S: An online generator tells me I’m Hufflepuff – I have no idea what that means haha!

D: Do you have a favourite band/musician/artist?

D: Finally, a good Q for you, what’s your fave film?

S: Oh that’s a huge question! I honestly can’t narrow it down to just one. A few of my favourites are Leon, Amelie, Little Miss Sunshine and Empire Strikes Back.

A big thanks to Sophie Elizabeth for her time! Make sure to check her out on Twitter, Instagram and of course, her blog! I really enjoyed her first post in her Berlin series!

Catch up on all other interviews:

Beard Care for the man with sensitive skin*