Soundtrack to our messed up world

To not beat around the bush, our world is pretty f*cked up at the minute, although it’s always been a bit of a terrible place.

Now more than ever, we exist in uncertain times. At least this is the most uncertain and strange period of time since I’ve been on Earth anyway. (Not referring to my birth, I’m referring to the time my home planet dropped me off to never pick me up)

All over the world people are using their voices to express their anger, confusion, sadness, shock, sorrow, guilt, determination. We live in uncertain times.

Music is an art form, one used by so many to capture a moment in time, to capture whatever the hell we live in right now. 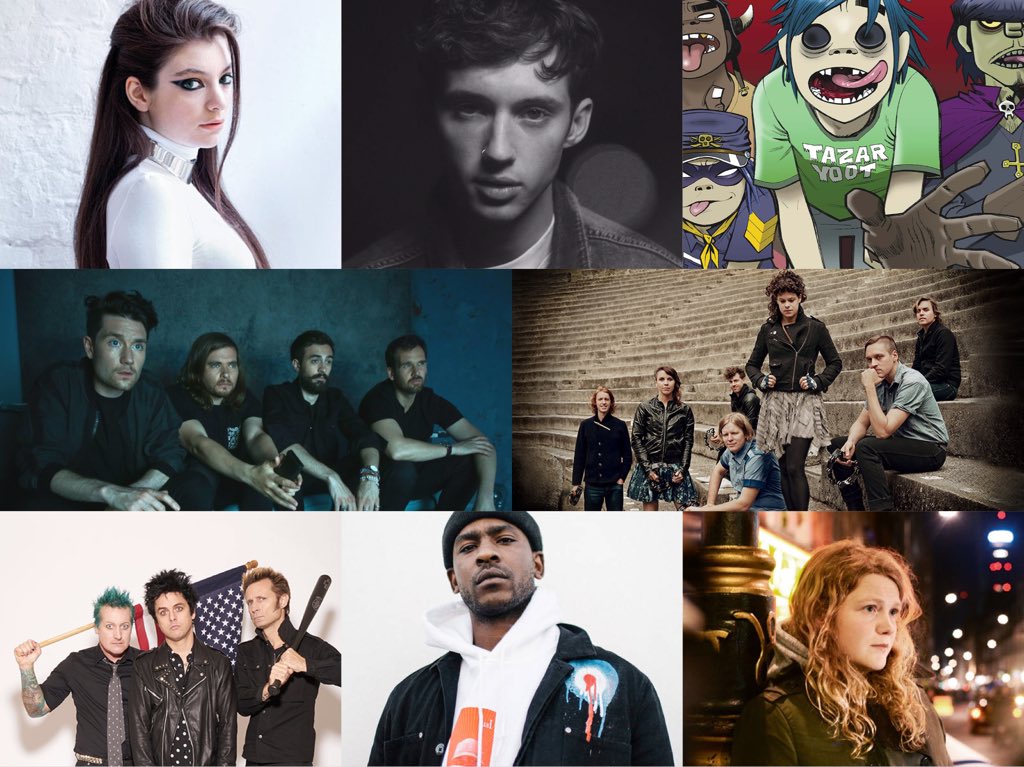 Here’s a couple of tracks appropriate for the current state of things. State to be interpreted in the colloquial meaning of ‘fucked up state’

Standout line: ‘How can you think you’re serious, do you even know what year it is?’

A song inspired by the U.S. Presidential election and Nigel Farage’s Brexit campaign. 2016, the year politics just went off the rails, not many of us saw it all coming and now we feel stupid for it. We feel enraged at those touting lies and untruths to reach their goals. Brexit, Trump, where and when will it end?

More recently, during live performances, the lyrics have been modified to address Trump by name. Stick it to ‘im lads.

Standout line: ‘Without losing a piece of me, how can I get to Heaven?’

Heaven covers the struggles of Sivan’s coming out combined with traditional religious teachings taking a stance against homosexuality.

The current VPOTUS hasn’t bothered hiding his stance against the LGTBQ+ community, going as far as encouraging conversion therapy to ‘cure’ young people of their sexuality/gender identity.

Sivan dropped the video for ‘Heaven’ the day before Donald Trump’s inauguration, a big day for the world and for music. Make sure you give it a watch and don’t flinch at the startling scenes, we need to face it and take it down.

Lorde – Everybody Wants to Rule the World

Standout line: ‘There’s a room where the light won’t find you’

This is a cover of a Tears for Fears song, however Lorde was my introduction to this song. Plus it was included in the soundtrack for ‘The Hunger Games: Catching Fire’, a film set in a universe growing closer to our’s all the time. Remember a time when we felt comfortable enough to make jokes about Trump starting The Hunger Games?

Everybody can rule the world it seems, a reality TV star in the White House and unelected Prime Minister sits in Parliament to many’s disMAY.

They abduct kids and fuck the heads of dead pigs

But him in a hoodie with a couple of spliffs –

Jail him, he’s the criminal’

Tempest is known for her almost-spoken word attacks on the world we exist in. Europe is Lost is no exception, covering controversial topics like the now infamous #Piggate, how we willingly blind ourselves to the darkness and hate in the world, how we choose to ignore the damaging effect we’re having on the planet in the name of consumerism.

The official video is a fanmade compilation of a wide array of clips. Watch it, it’s the most powerful thing you’ll see this week.

Standout line: ‘And I thought the best way to perfect our tree, is by building walls’

Gorillaz are back, with a track only accessible via link sharing. In a bold move, their ‘comeback hit’ is unlisted on YouTube, meaning you can only get your ears round it if someone so wishes you to be able. Here’s your chance!

Standout lines: ‘A bunch of young men all dressed in black dancing extremely aggressively on stage, it made me feel so intimidated and it’s just not what I expect to see on prime time TV’

Not only does Skepta take aim at the state of the UK’s politics, he refers to some viewers of the 2015 Brits feeling ‘intimidated’ by the multitude of grime artists performing with Kanye West.

He’s not afraid to highlight the inherent racism built into society, people claim to feel THREATENED from some lads performing onstage in hoodies. Threatened by these men who are on the other side of the TV screen. And they feel like they should have witnessed it. Skepta’s gonna shut that right down.

Standout line: ‘What good is peace and love on Earth when it’s exclusive?’

Green Day haven’t hidden their feelings about the Trump presidency, and why should they?

This video is chock full of footage and images of rallies, going as far to contrast the march on Washington with a KKK rally. This song describes the current standing of America: a state on a political precipice where racism and hatred are becoming normalised.

Arcade Fire ft. Mavis Staples – I Give You Power


Standout line: ‘I give you power, I can take it away’

As the description for this video on YouTube reads ‘It’s never been more important that we stick together and take care of each other.’

This song was released a charity single on the final day of Obama’s presidency, mere hours before Trump’s began. A simple track with a simple but strong message. Power belongs to the people.

Music is a artform, some express themselves through song, through beats, through synth. They can capture our thoughts and feelings better than we ourselves can.