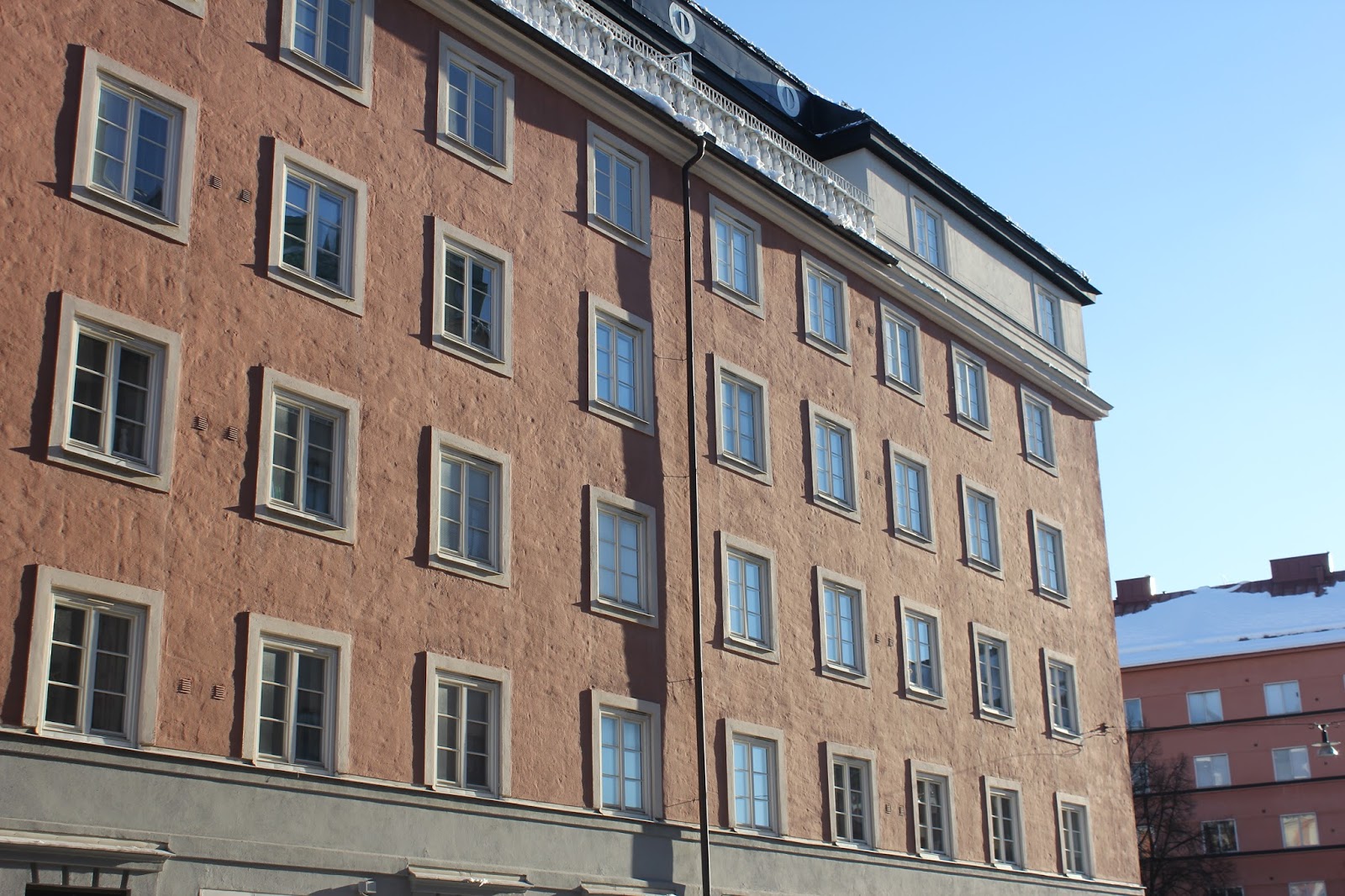 It was a treacherously icy day in Stockholm. We were venturing to Stockholm’s Old Town located on the isle of Gamla Stan, a seemingly short walk from our hotel. 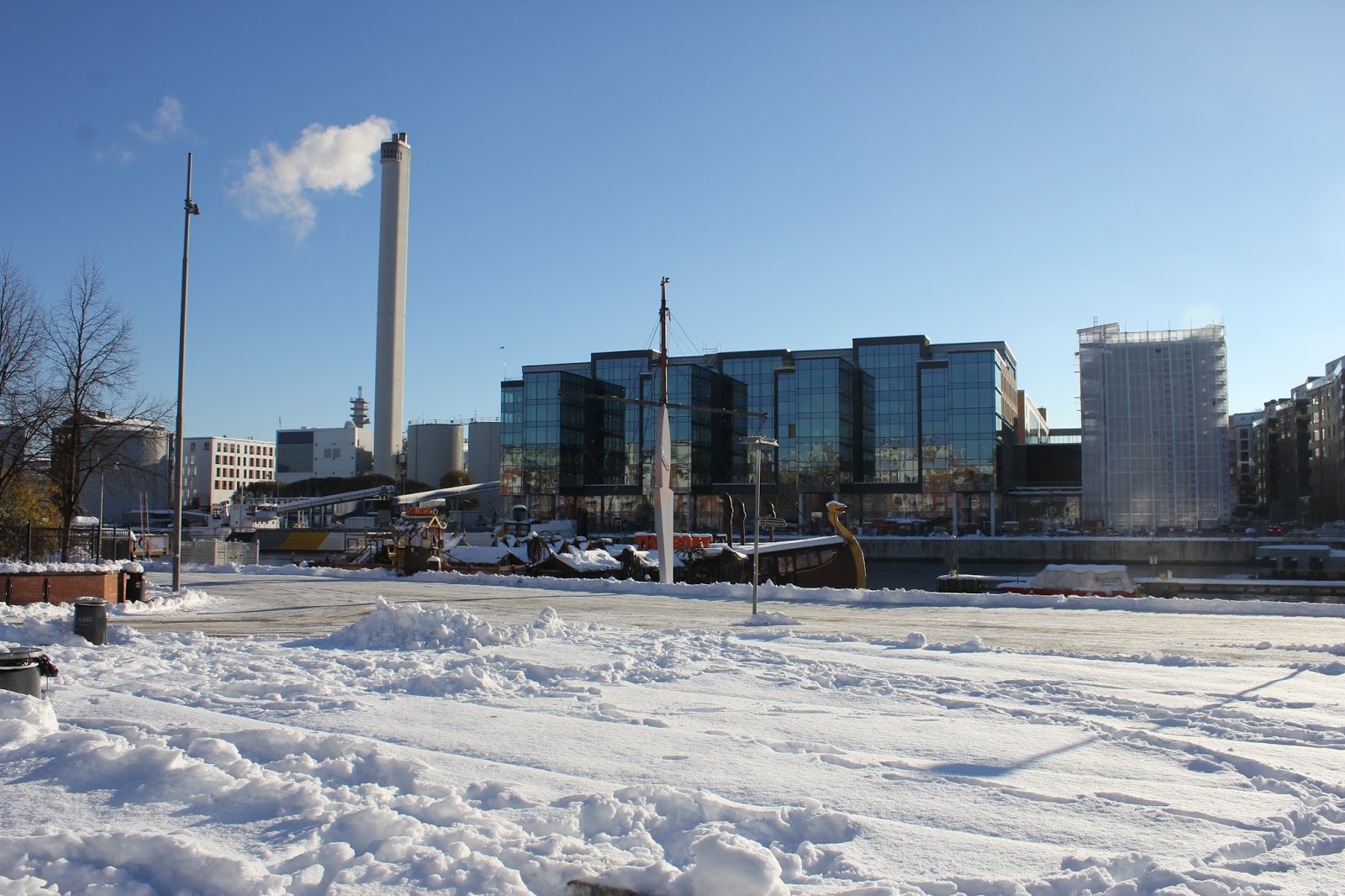 With snow like this, it was not a short walk. 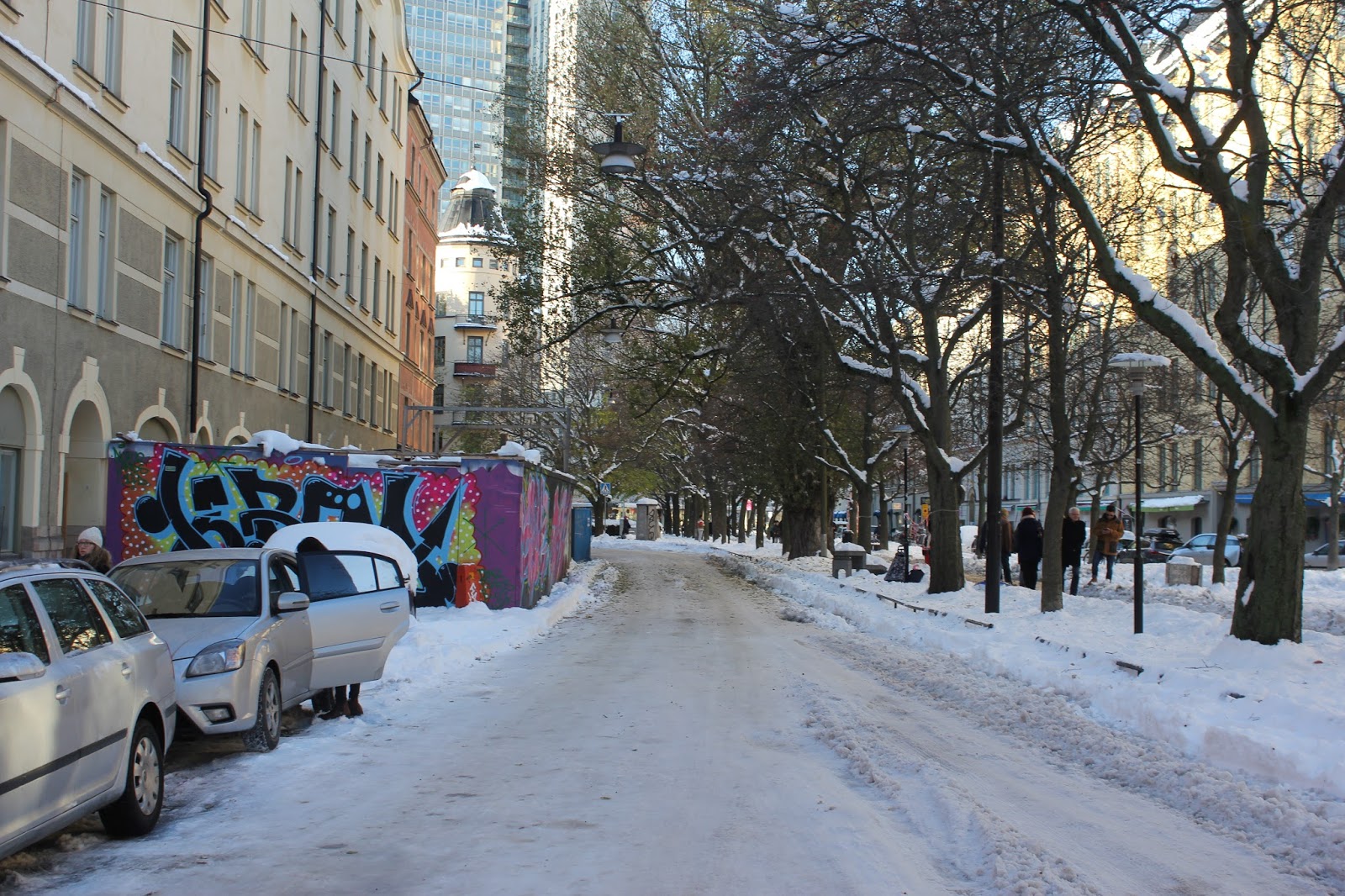 I usually like to make travel posts focused on something specific, like the last Stockholm post focusing on a restaurant we visited. This post simply consists of the extremely long walk we took to the old town.

It took so long partly because we took a bizarre route that ended up taking us 2 whole hours, mainly because of all this snow and ice us Brits are not accustomed to. 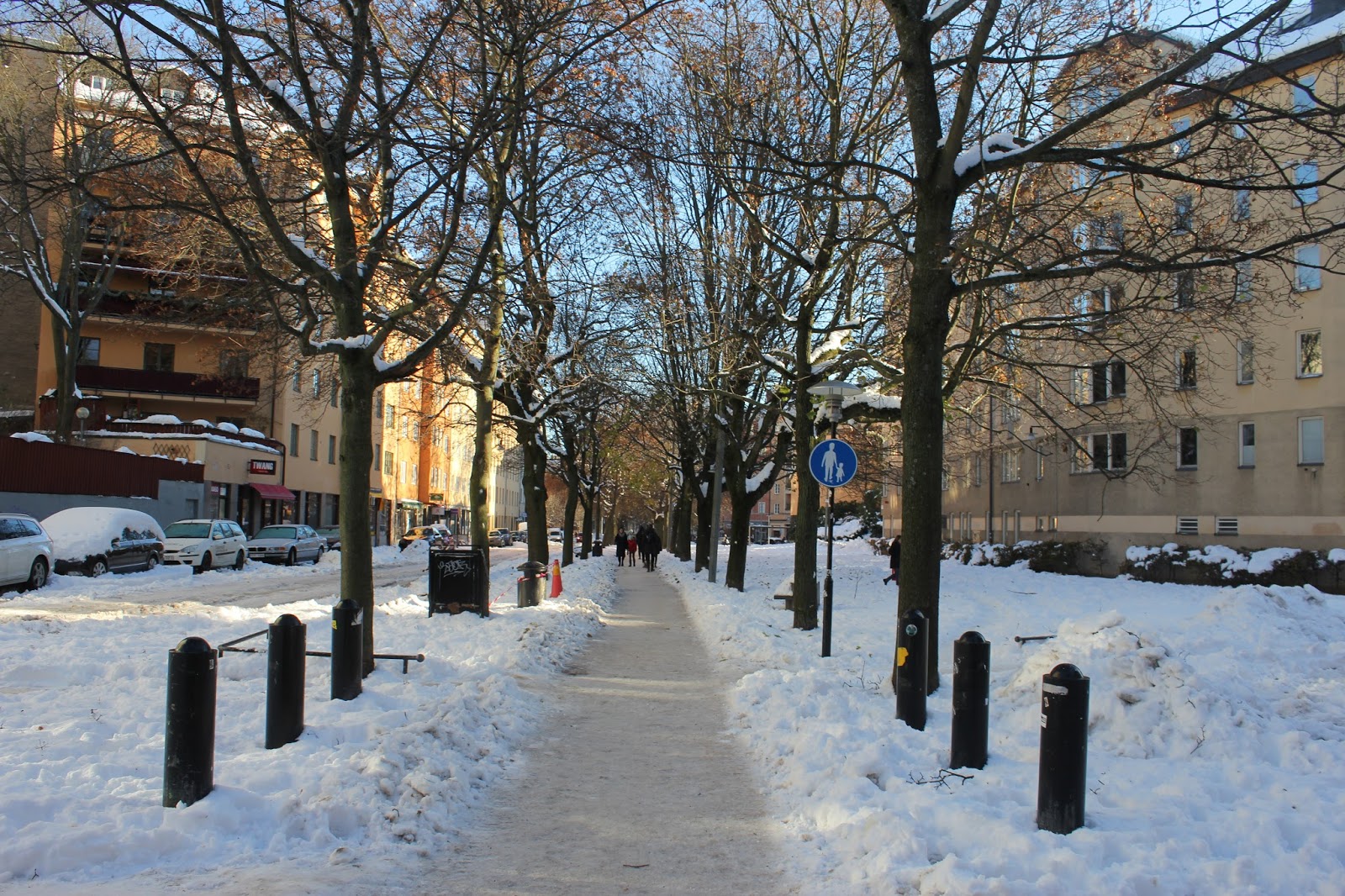 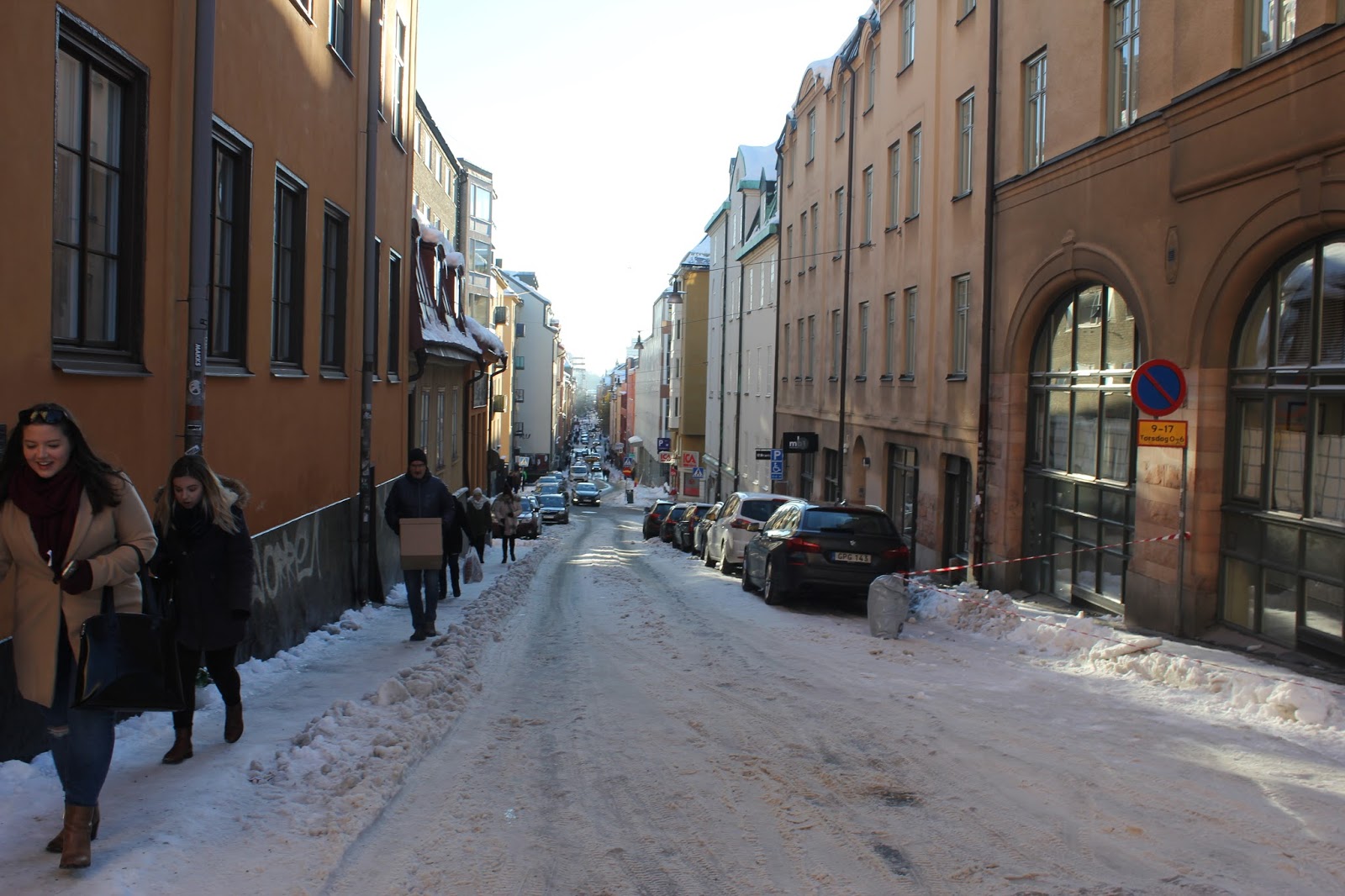 The route we had taken involved a lot of hills. That would be tiring enough if there weren’t a layer of snow and ice on the ground! It was great fun though, getting lost in a new city with a bunch of friends always results in some hilarity. Mainly by imagining each other falling arse over tit into the snow. 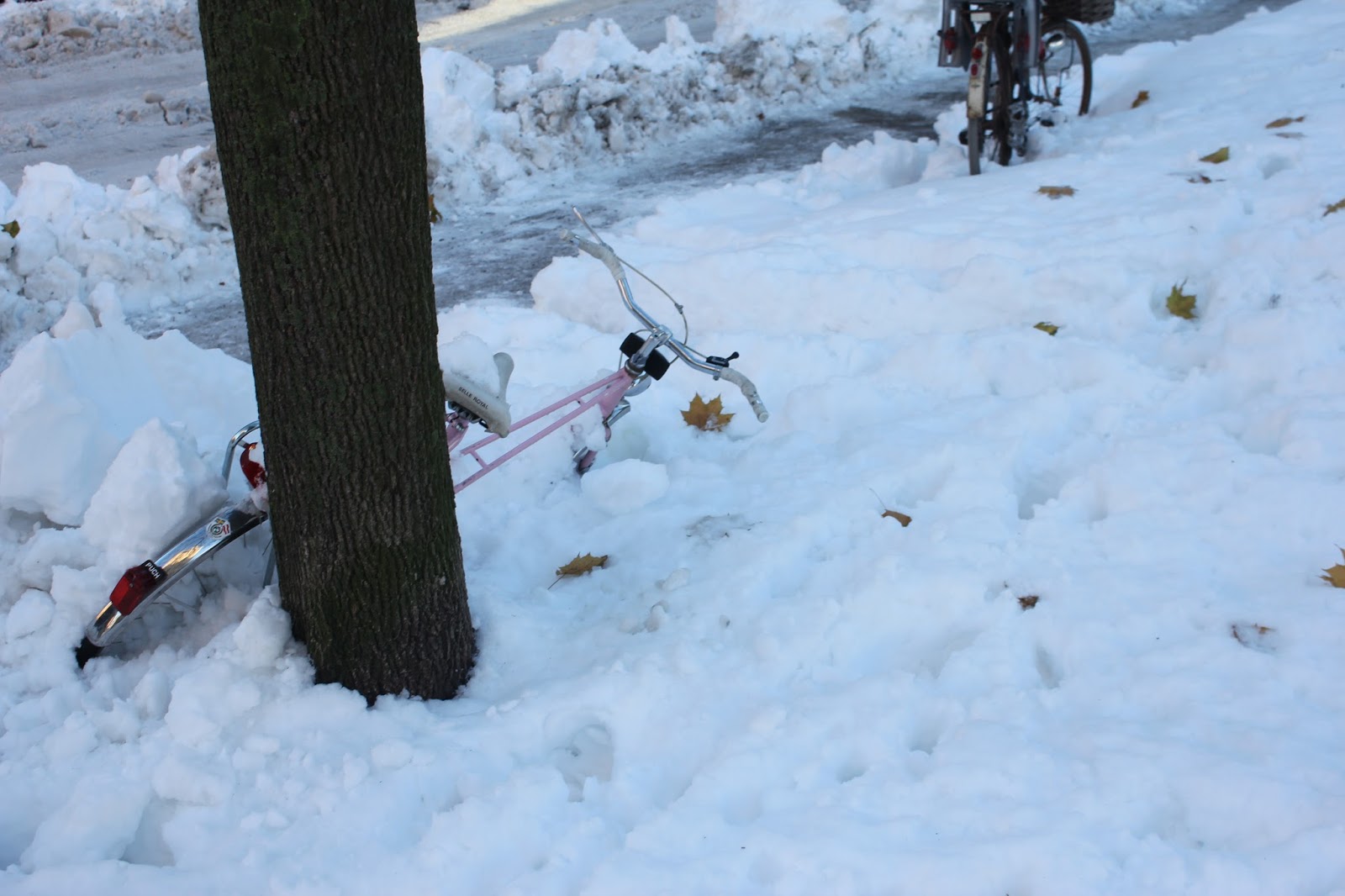 How gutted would you be if this was your bike you’d chained up the day before? 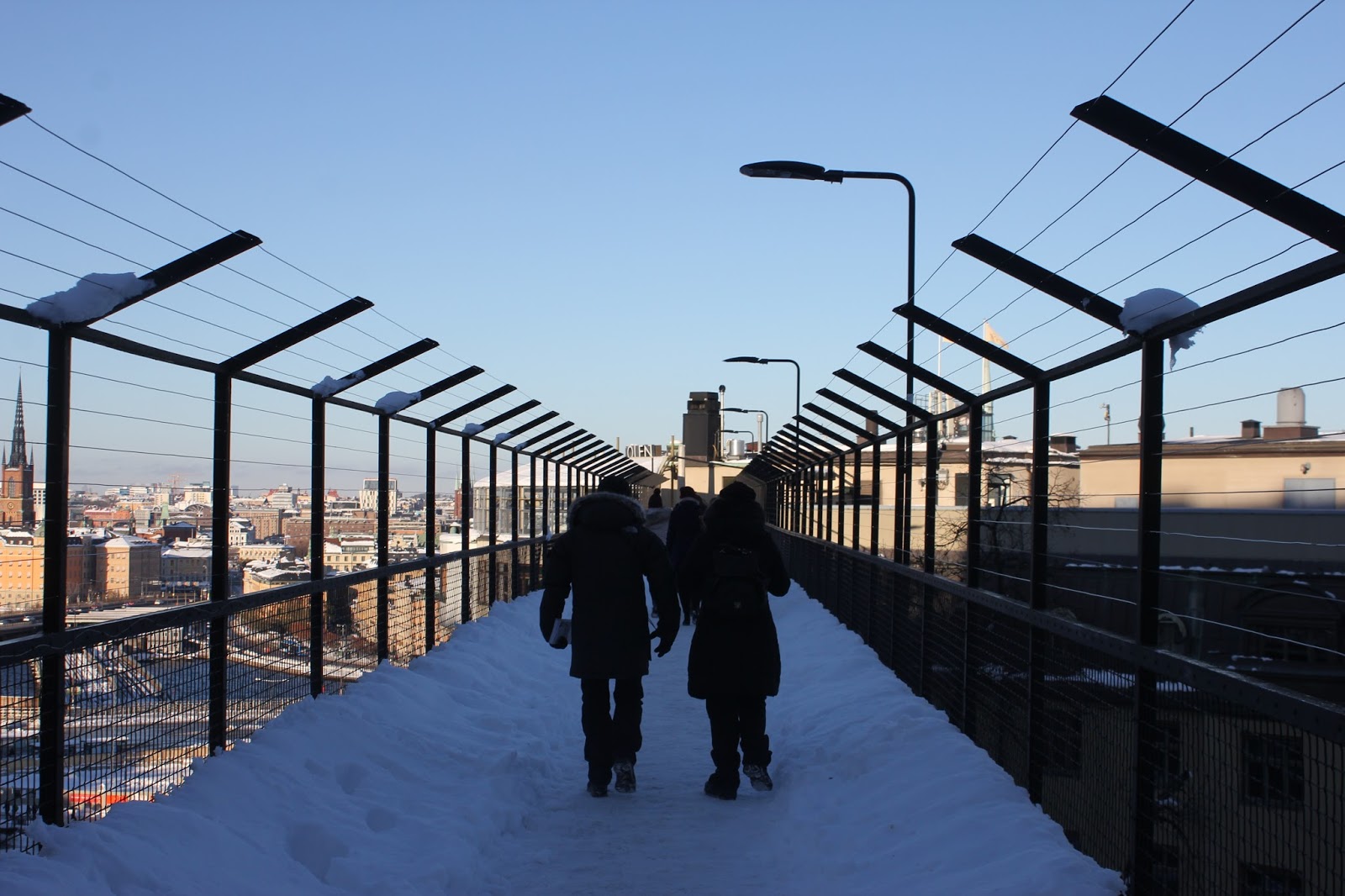 We finally reached what we assumed was a bridge to Gamla Stan.

It was a viewing platform. We had to go back and tackle some extremely icy stairs and some deep snow, as you’ll see.

The views were beautiful at least. 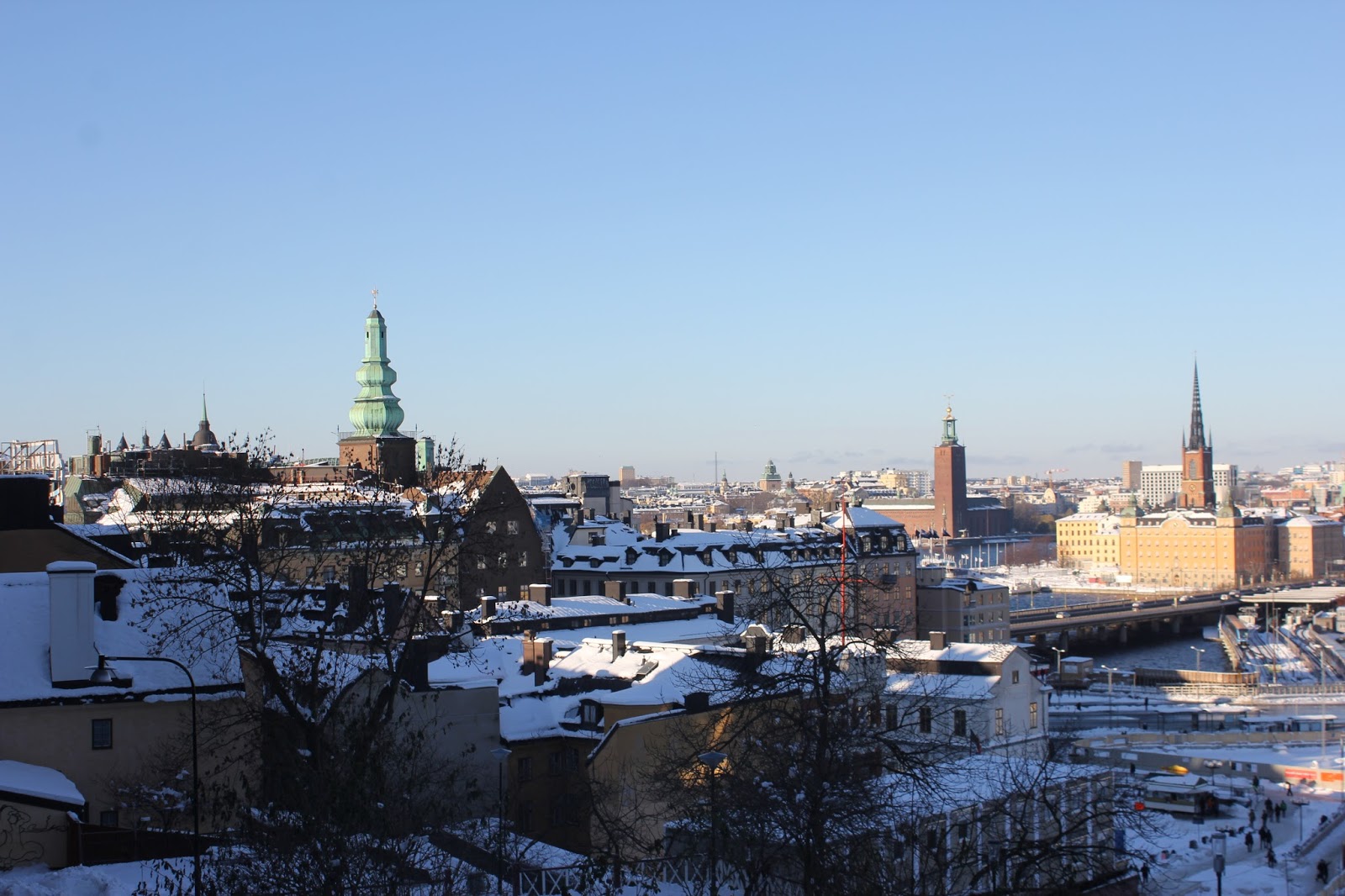 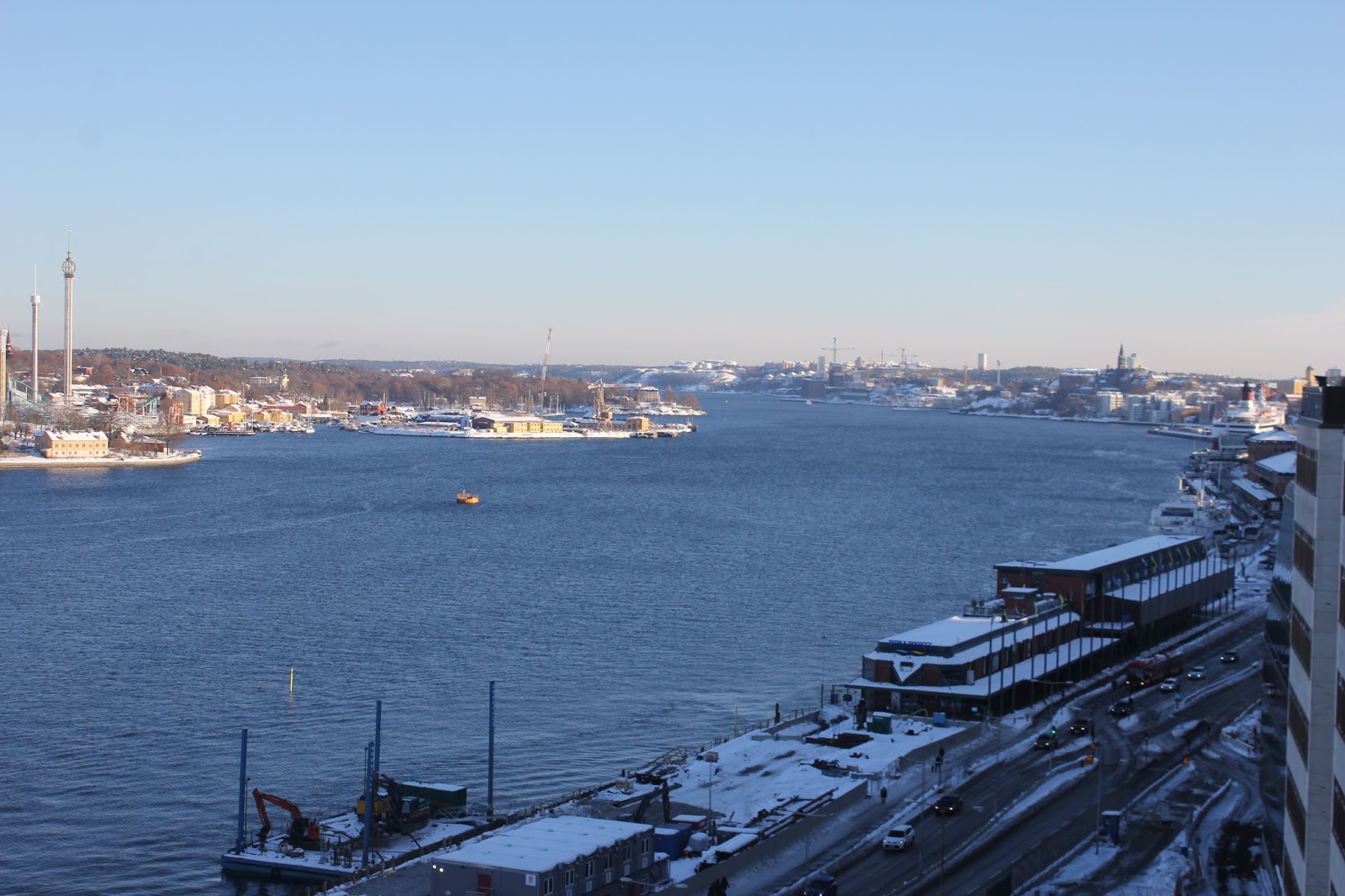 It does all look a bit like a fairytale doesn’t it? 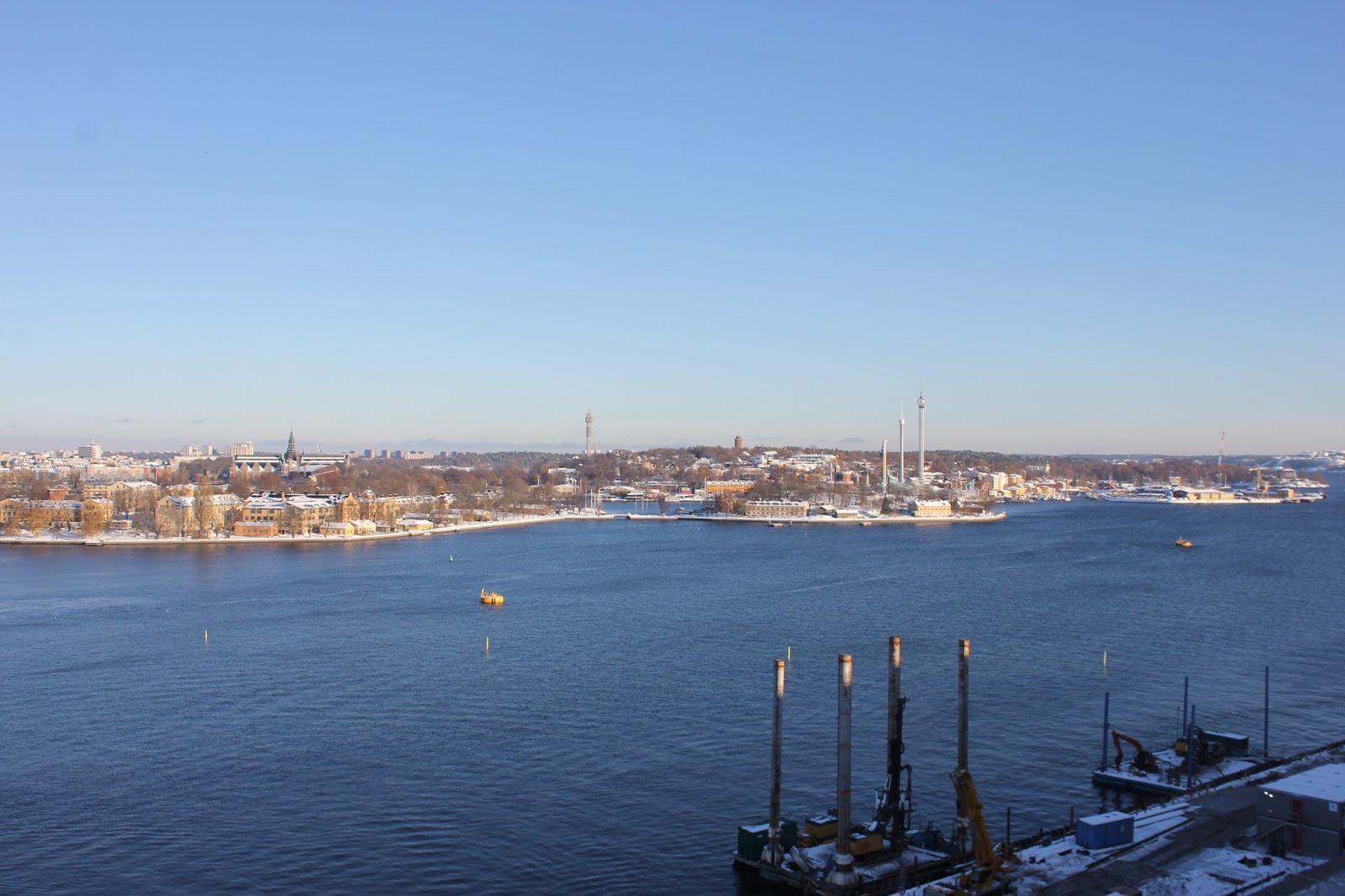 Stockholm is packed with beautifully clean rivers, though I can’t help but think how cold the water must be. 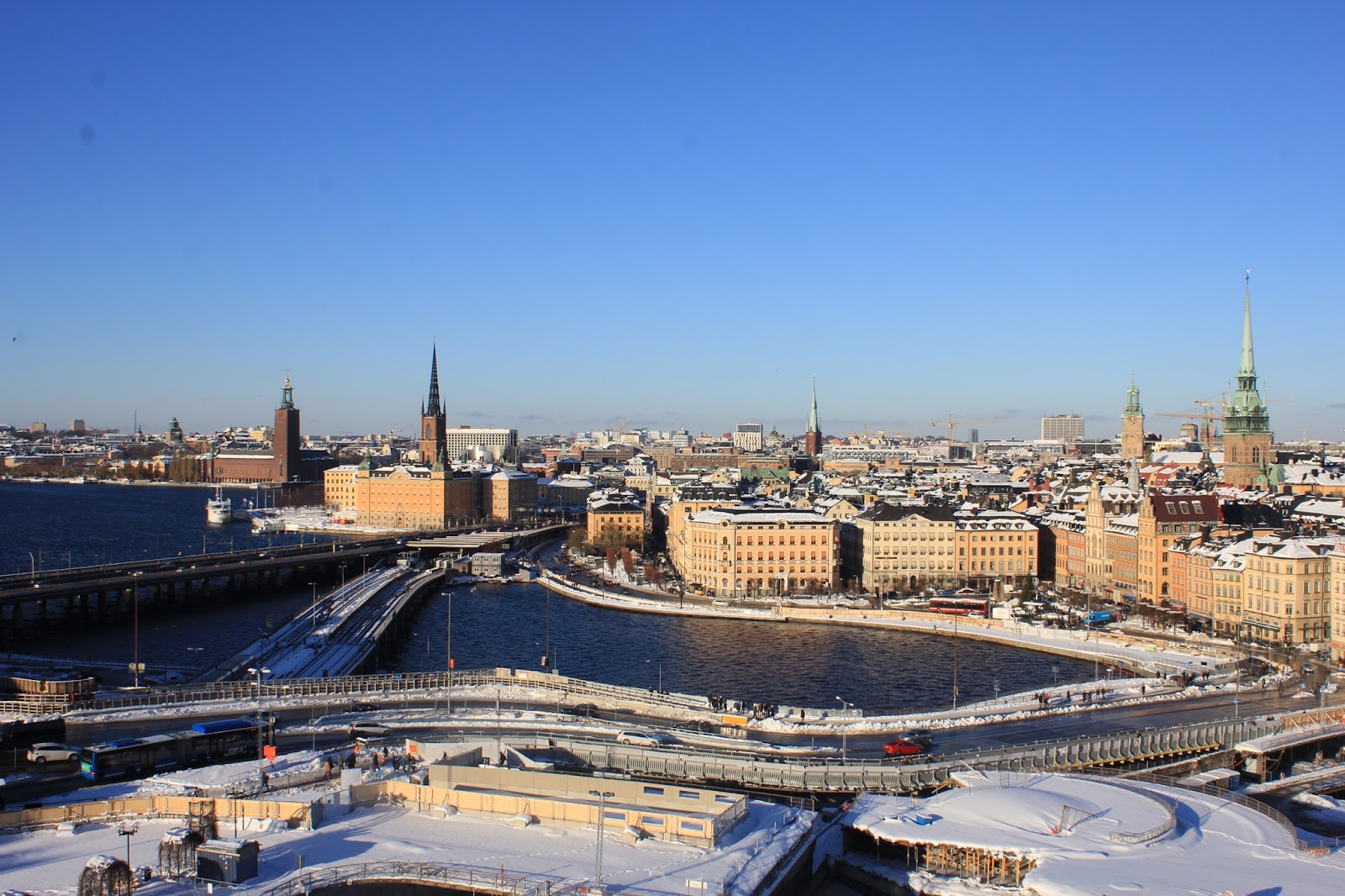 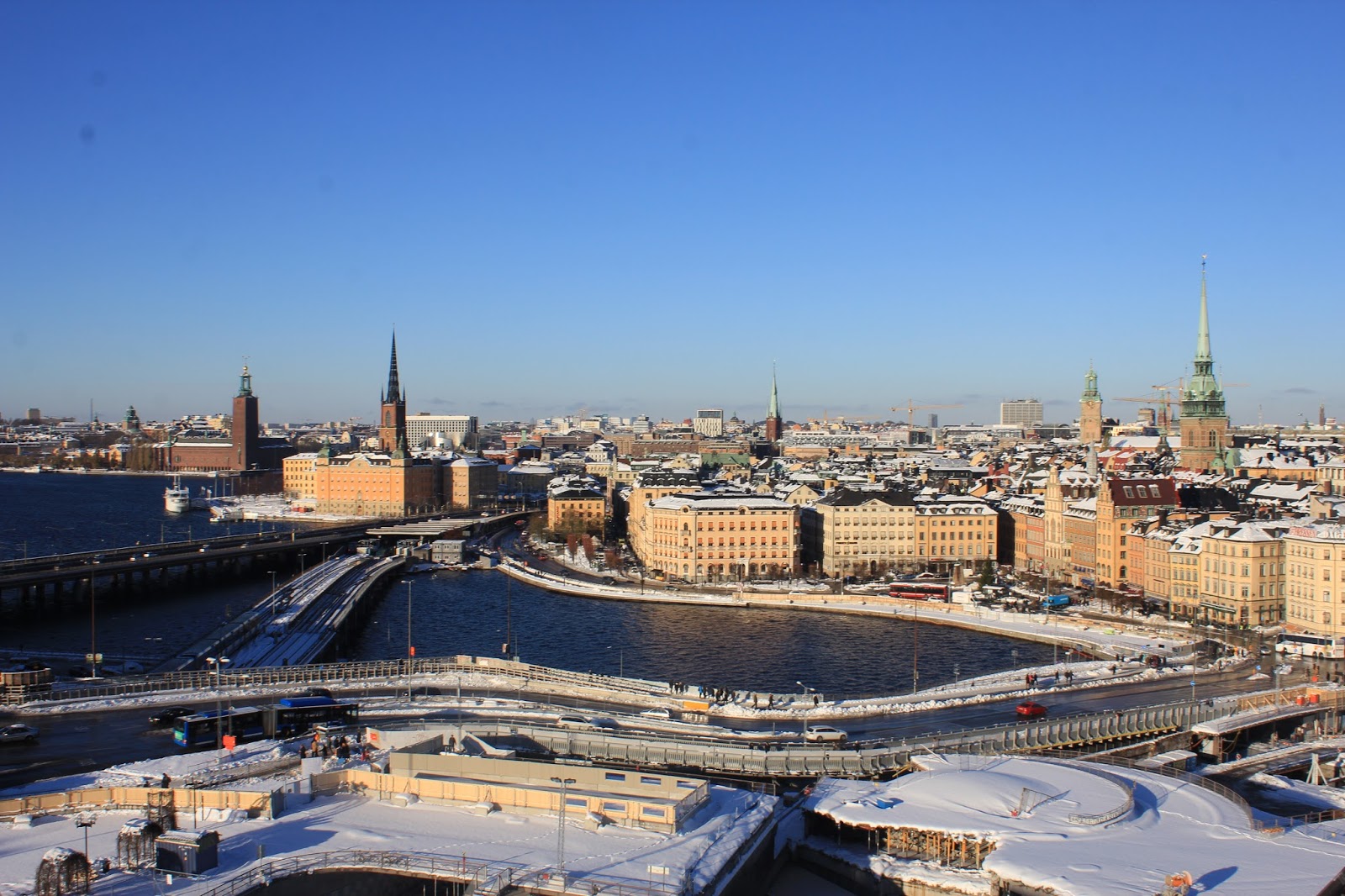 Well, at least we could see Gamla Stan.

The architecture on Gamla Stan is amazing, as it’s the old town, it all has a distinctly vintage vibe to it, and the muted yellow and orange tones make you feel like you’re stepping into some other, consistent world. 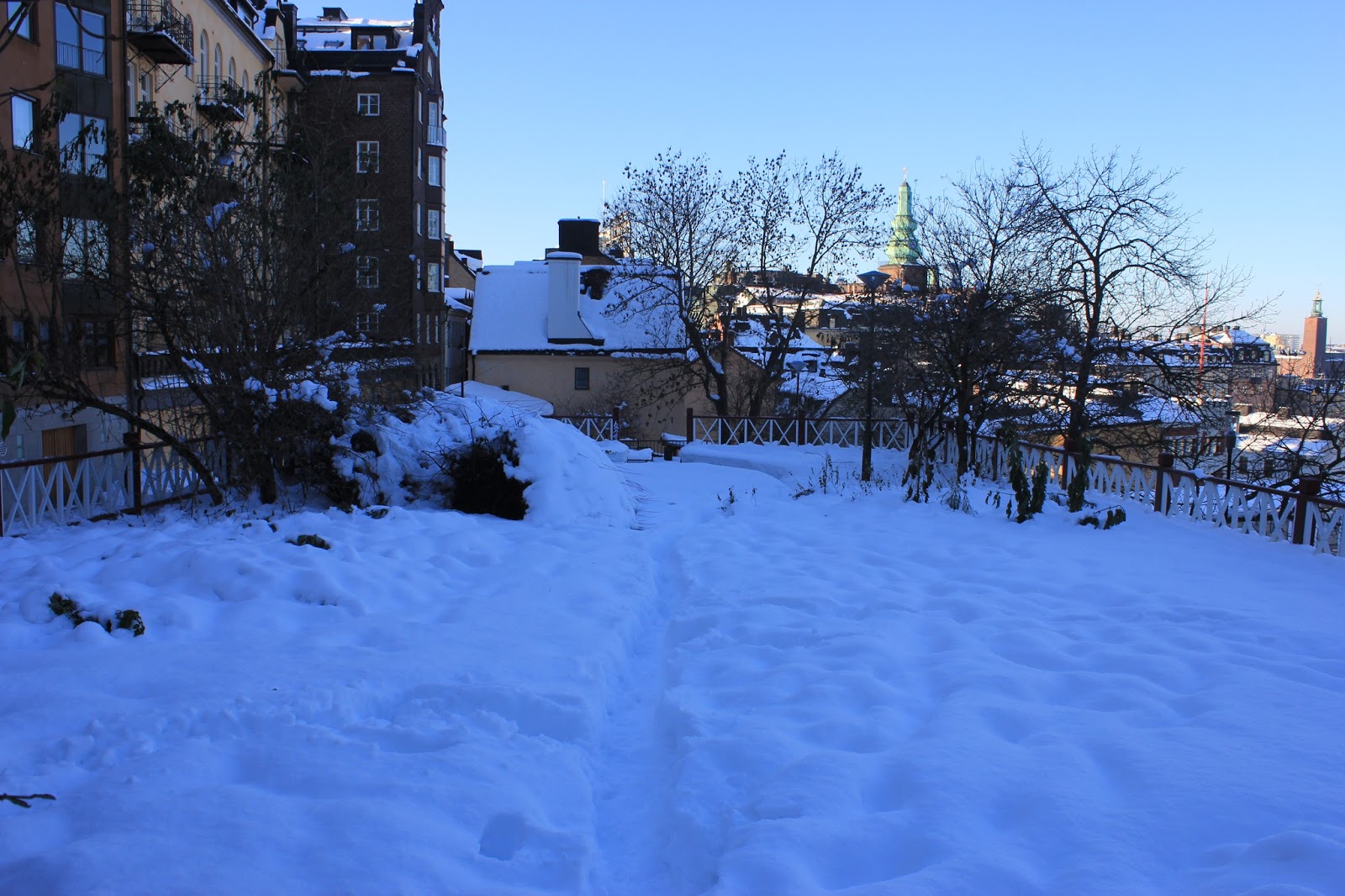 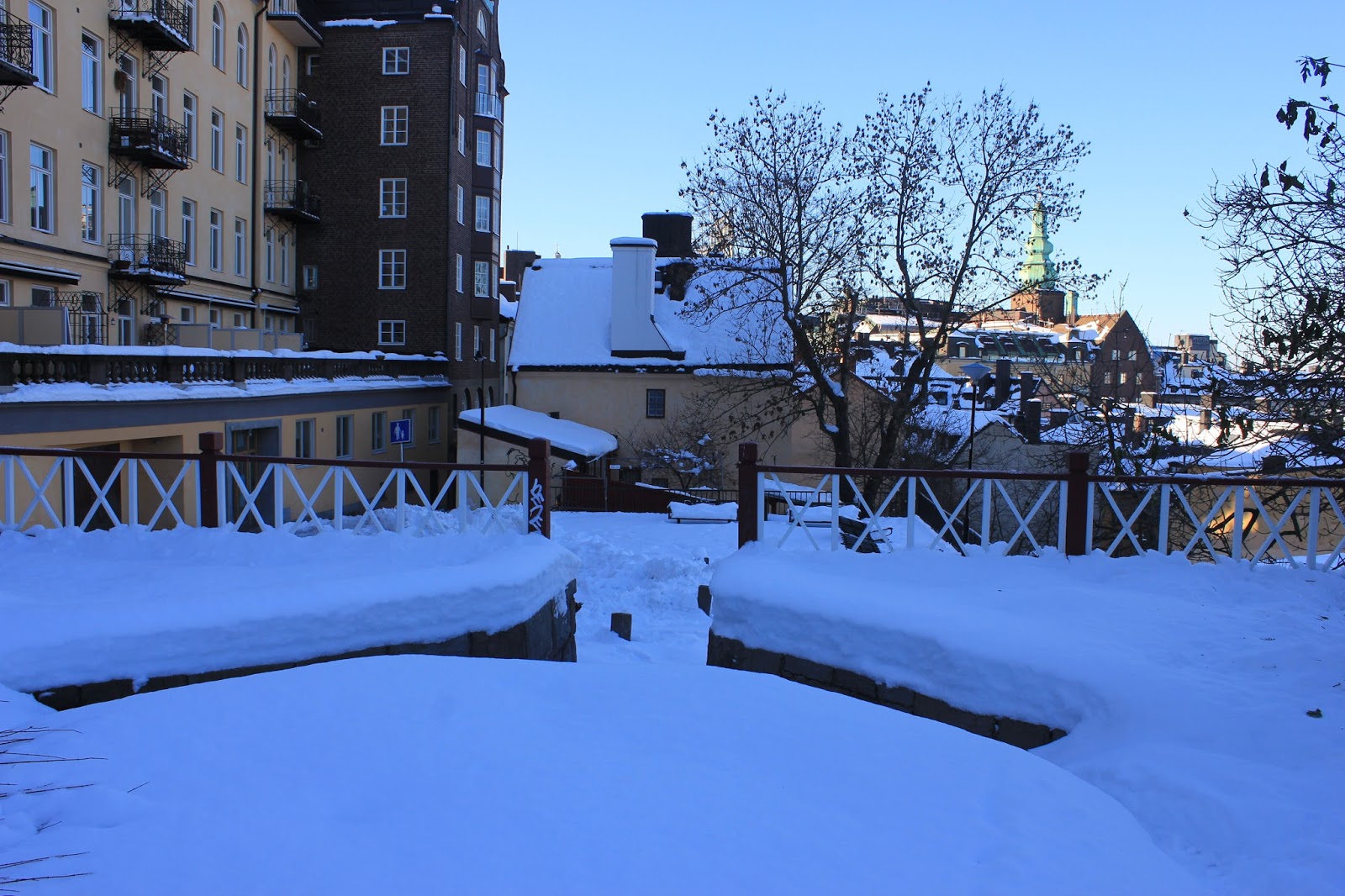 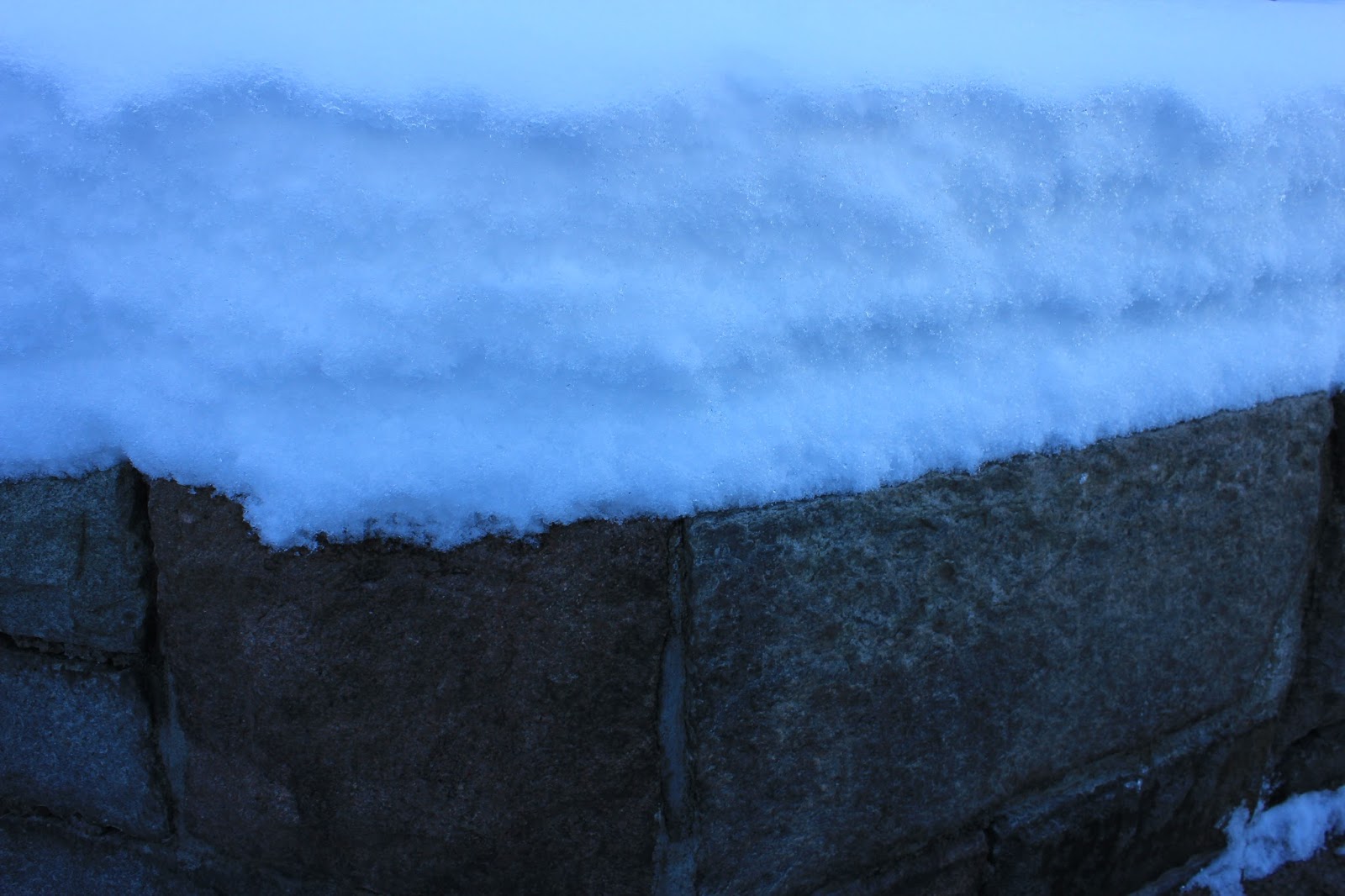 So that snow I mentioned earlier…I thought I had found a shortcut.

Well, it WAS a shortcut, but in the process of saving mere moments, I ended covered in snow. 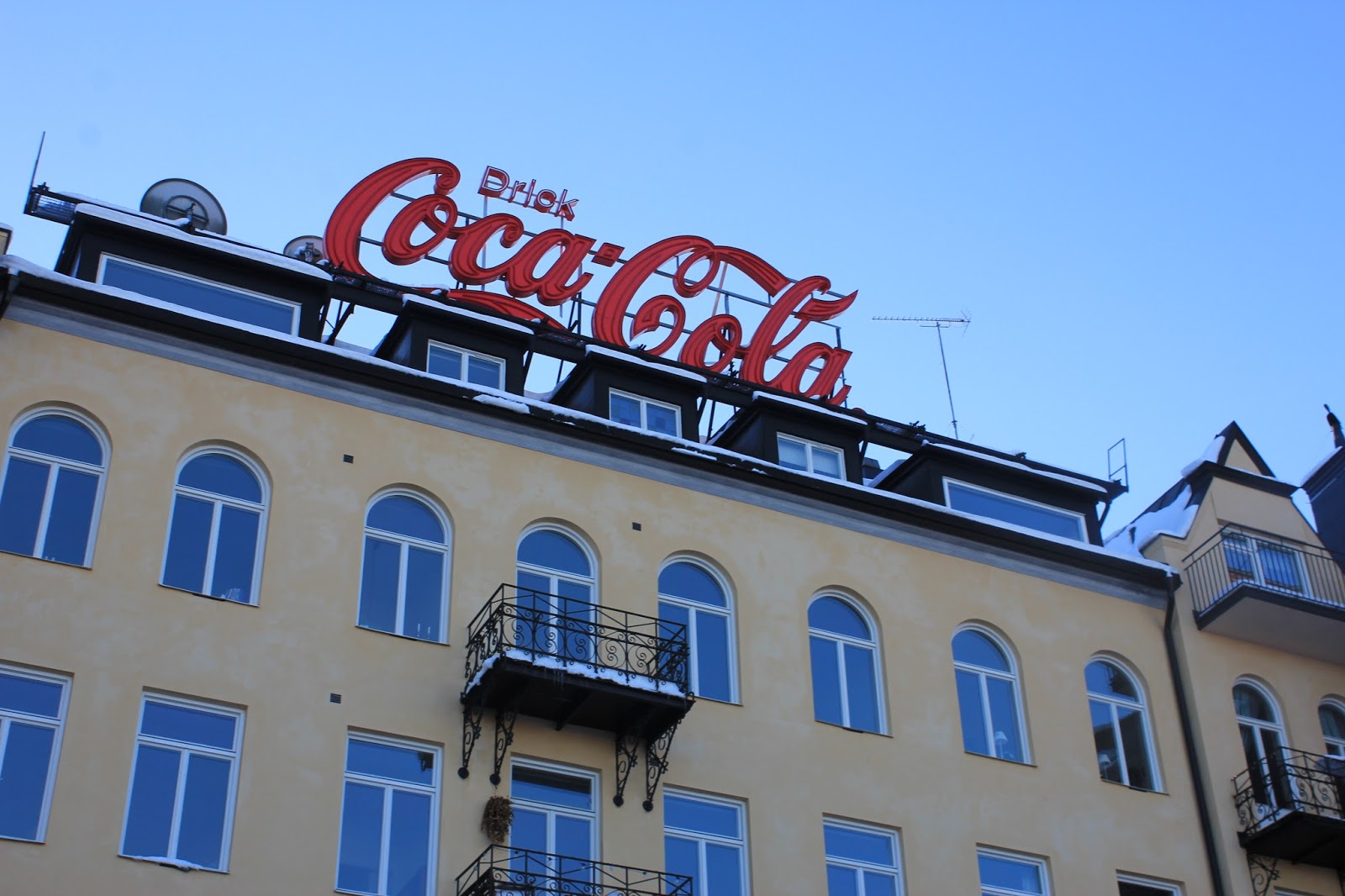 Stockholm’s muted tones extend out from Gamla Stan. I was surprised that the Old Town doesn’t feel so old in Stockholm, it’s influence is still woven through the entire city. 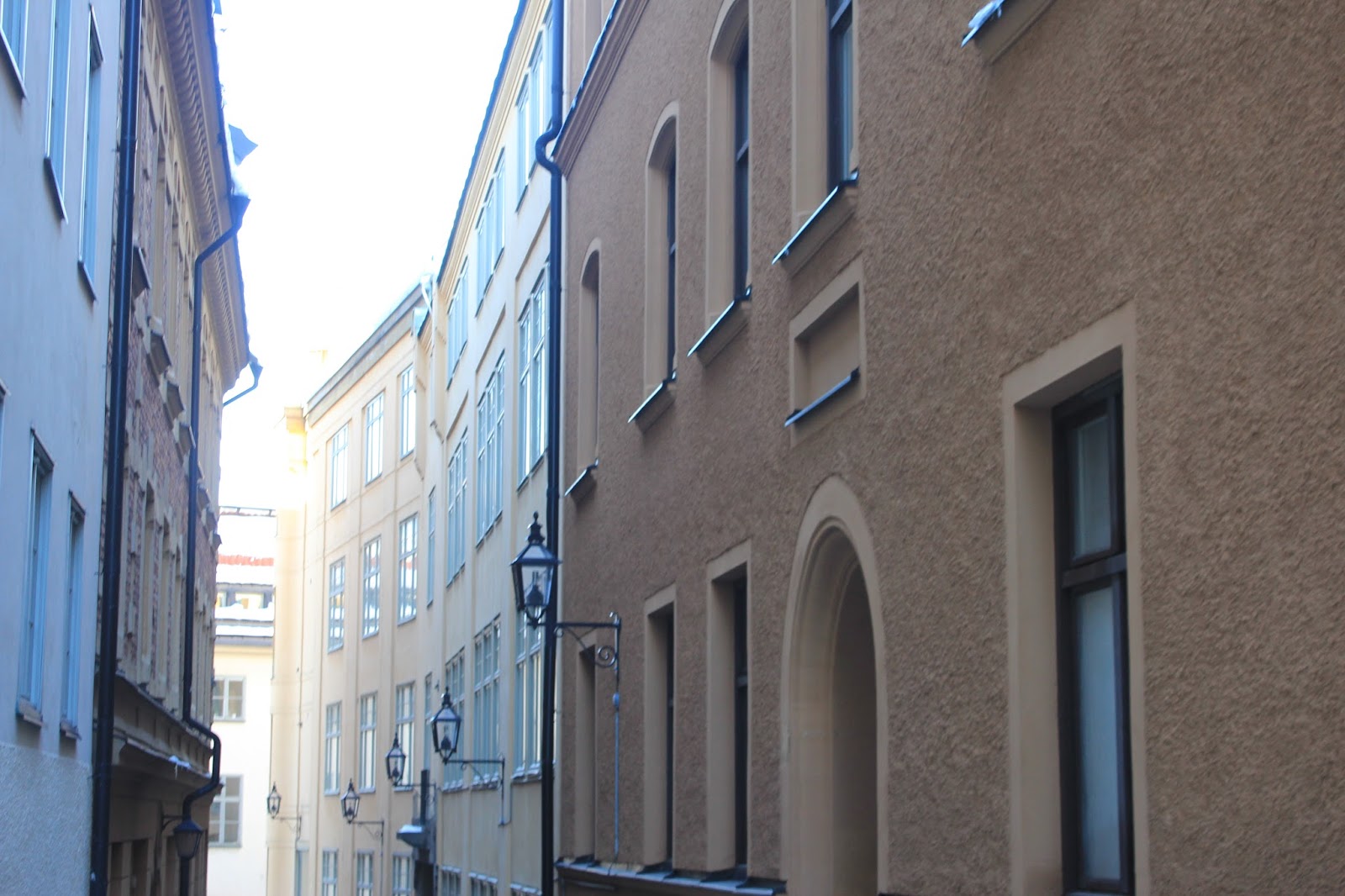 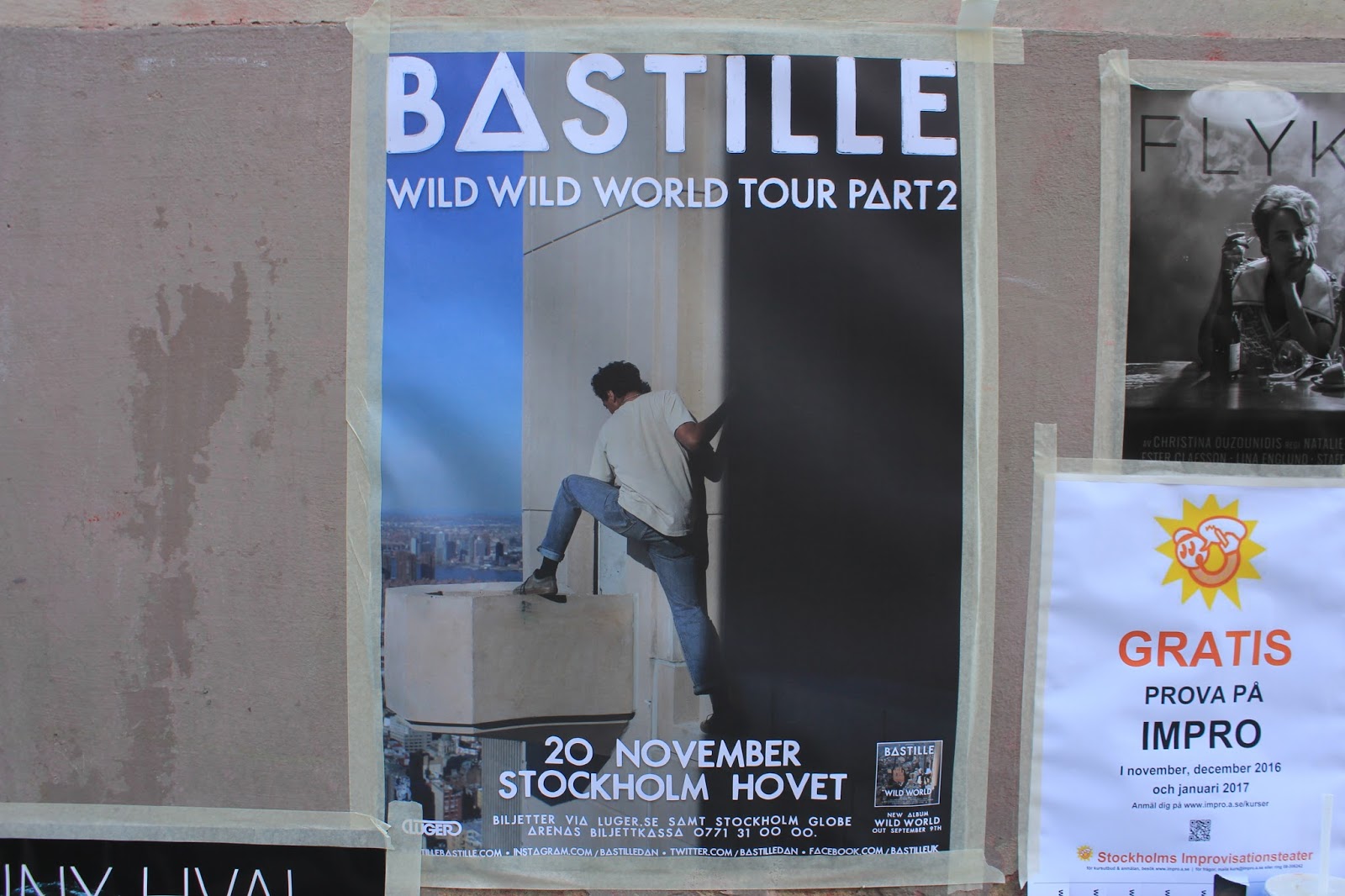 Bastille were performing a few days after we left, and I had just watched them perform in London and Manchester a week or so before.

The dude on the poster looks just like us when we had to tackle some particularly icy stairs. 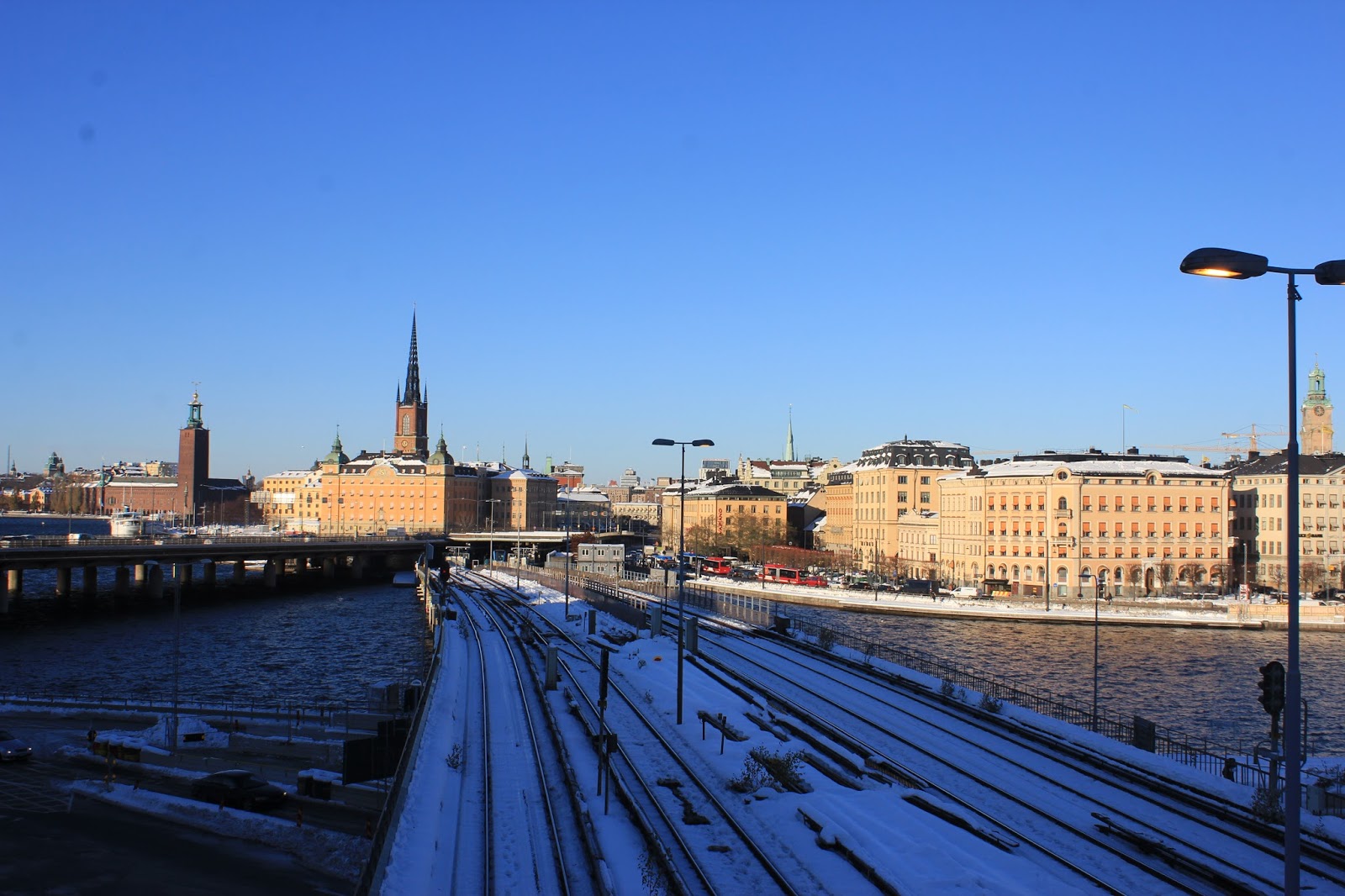 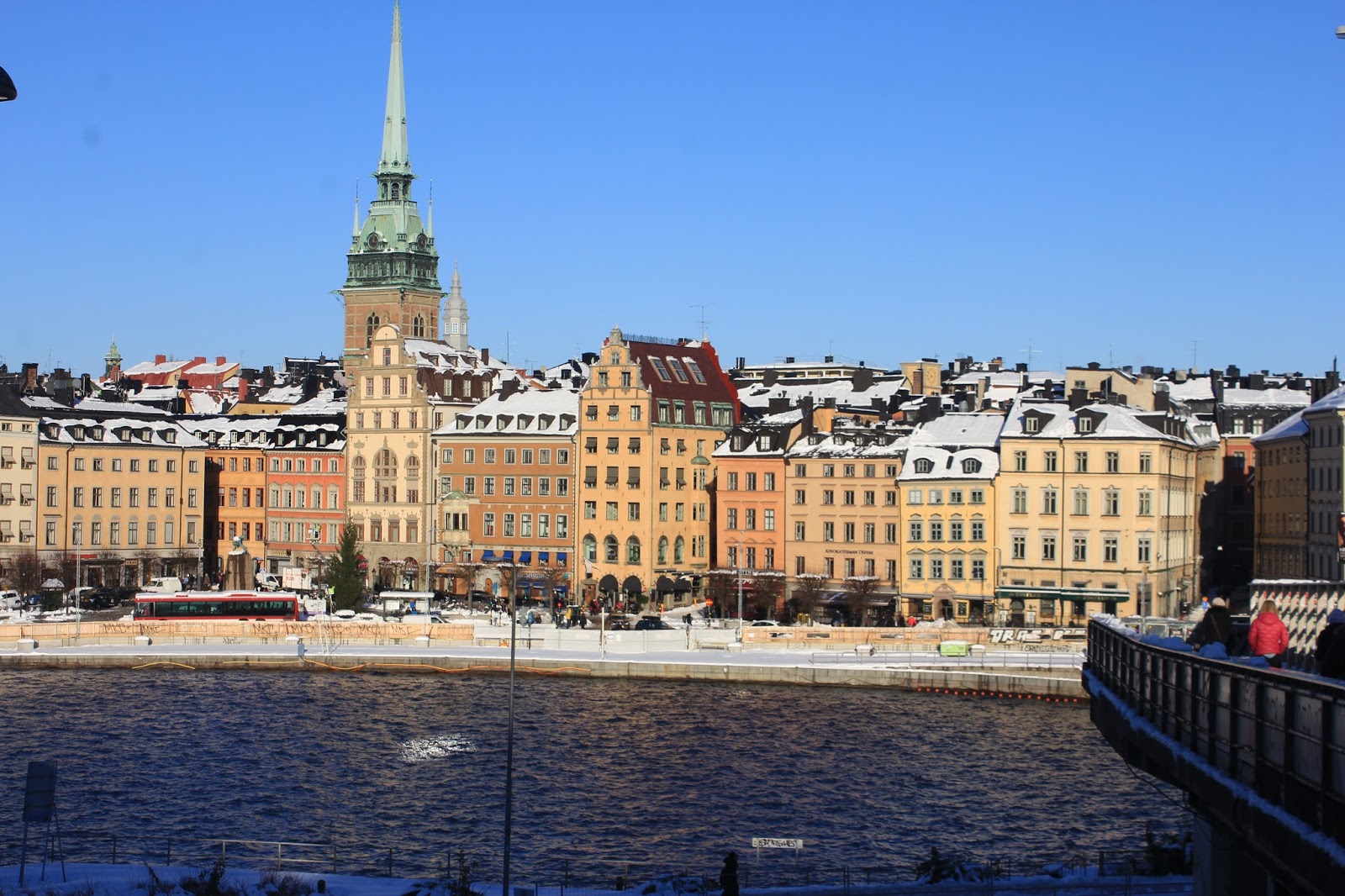 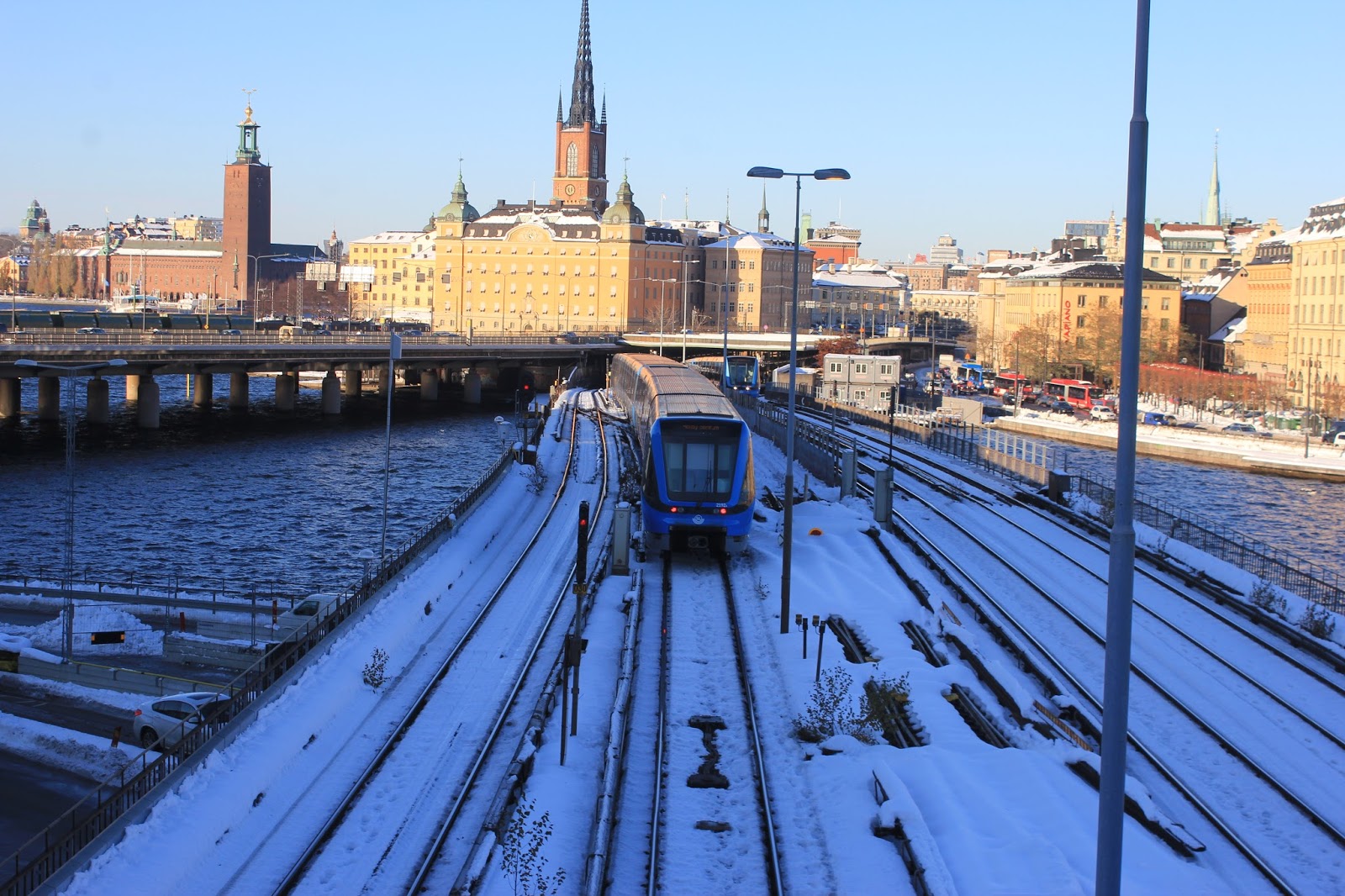 We did make it to the bridge to Gamla Stan in the end…and then realised we could have saved 2 hours by getting a train there, something we did the next day.

But you have to explore, as is said in Up! ADVENTURE IS OUT THERE! 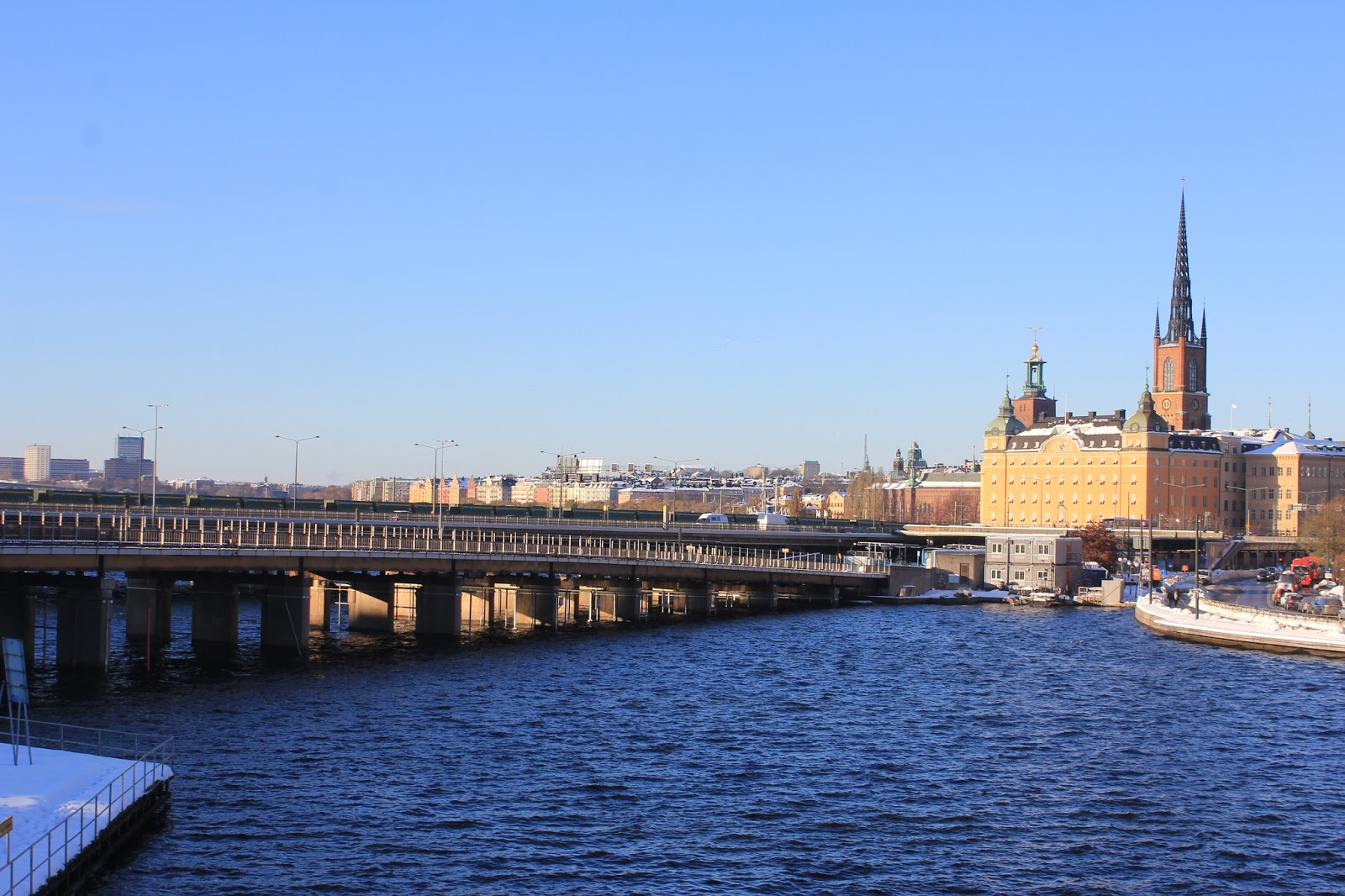 Next time we actually spend some time on that island we worked so damn hard to find!

Check out my other Stockholm posts here: