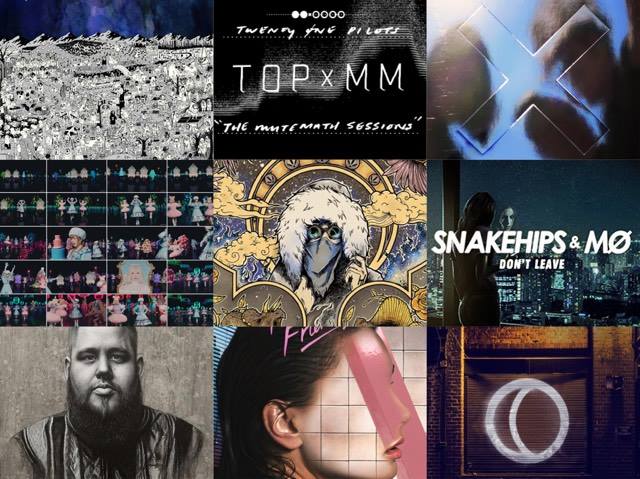 Here are some of my favourite tracks released this month, or blowing up this month:

Heavy Soul – You Me At Six

One of the first bands I ever saw live was You Me At Six, back when they supported Paramore in 2009. Those were the days.

Their new album ‘Night People’ just dropped, and I’m in love with this song. Great indie song coupled with a, somehow beach-y, guitar riff. I’m all ears for this.

Recorded for the MUTEMATH sessions, this version of Heavy Dirty Soul is just as addictive as Car Radio. A distinctively video game soundtrack backing track, fantastic vocals and and a piano sequence that will be stuck in your head for days.

Yes, there is only a one word difference between these first two songs, very strange indeed.

Ok, so I’ve only now noticed this came out in November, not January, but their album just dropped so it can count. I had never really listened to The XX, now I’m so addicted to the combo of the two’s vocals. Both have such distinctive voices, yet they intertwine so naturally! Great vocal chords guys,

MO could sing over the sound of one of those crazy American sinks that destroys rubbish and it would still be an absolute banger. She’s been nailing collaborations for the last year, and it seems she’s continuing the streak with Snakehips.

I love that all of Bastille’s covers are mashups, or at least modified in someway to be different to the original. Like the entire planet, I’ve been loving Rag’n’Bone Man’s Human over the last few months, and this is a refreshing take on it. Rory is an especially hard man to cover as his voice is so deep and distinctive, but Bastille nailed it. Changing the tempo and beats just enough to mash it up with another song, plus Charlie got his chance to really shine as a backing vocalist.

Again, not from this month, but it’s very recent and blowing up this month. Fickle Friends were recommended to me by CallieSakura in the interview I did with her, and I’m so glad I listened to her and tried this song out!

Fickle Friends feel very, very Haim to me, however just a little bit more pop. That’s something definitely up my street. Sounds straight out of mid-summer 1984, and would fit perfectly in San Junipero.

Rag’n’Bone Man is one of those that everyone you ask seems to love, it’s no wonder why with a song like this coming off the back of ‘Human’. His album drops in a couple of weeks, I’d put money down that it (rightfully) shoots straight to number one.

I’ve loved every one of Skott’s tracks released so far. Her voice is so versatile, she’s tried a few different things and hasn’t taken a bad step yet. I’m so excited to see what else she has up her sleeve.

I’ve been hearing tons about Father John Misty for years now, and I get why, I finally get why!

Incase blogger has messed up yet again, I’ve thrown all of these into a Spotify playlist down below.