Asakusa Sensoji Temple + the road to the Skytree 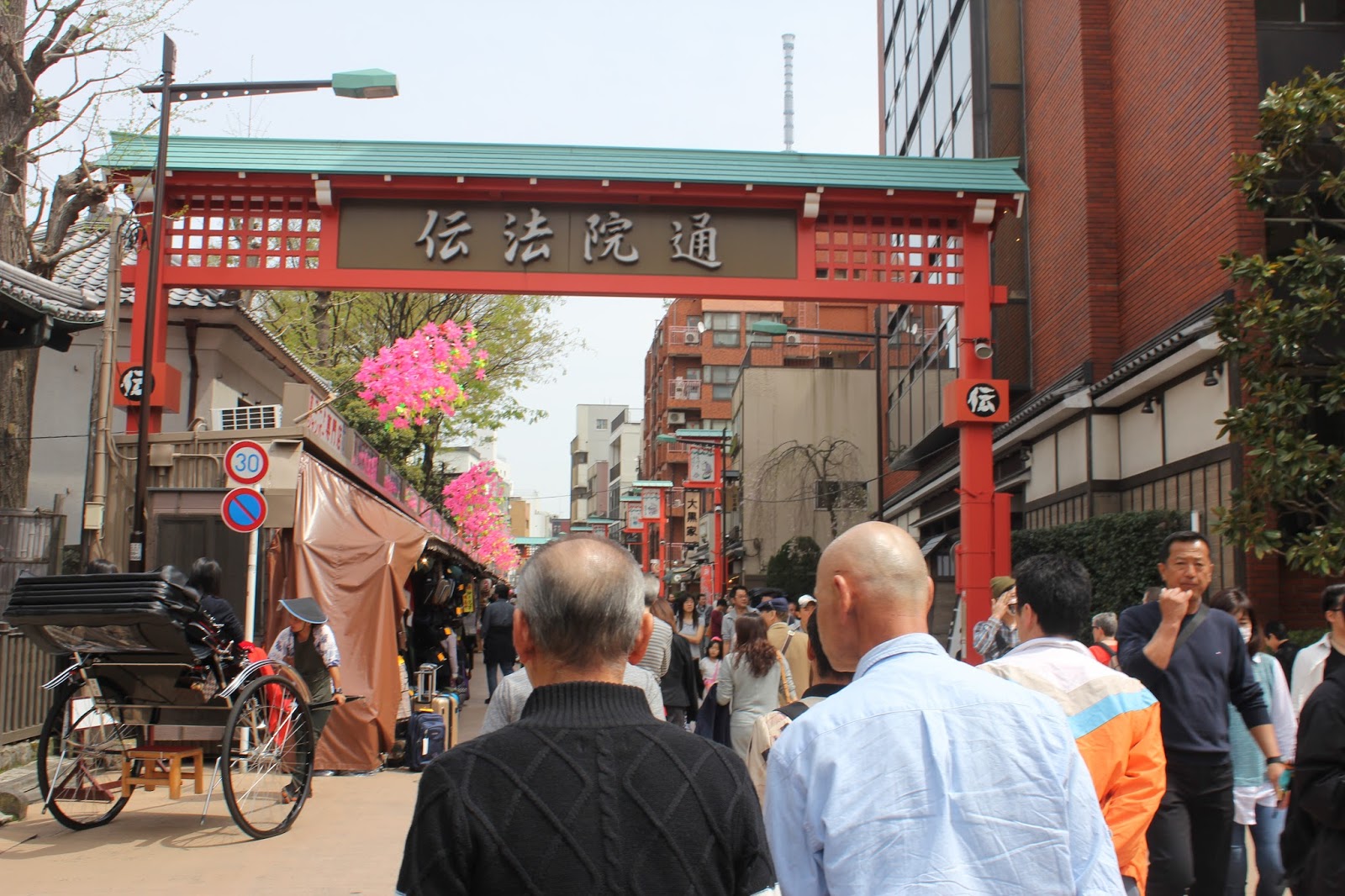 Today we head off to Tokyo’s Sensoji Temple.

Sensoji is not only one of the premiere tourist spots in Tokyo, it is actually the oldest temple in the city, dating back to the year 645.

The gate you can see above is known as the Kaminarimon (Thunder Gate), and is the first gate you enter on your journey to Sensoji’s main grounds. 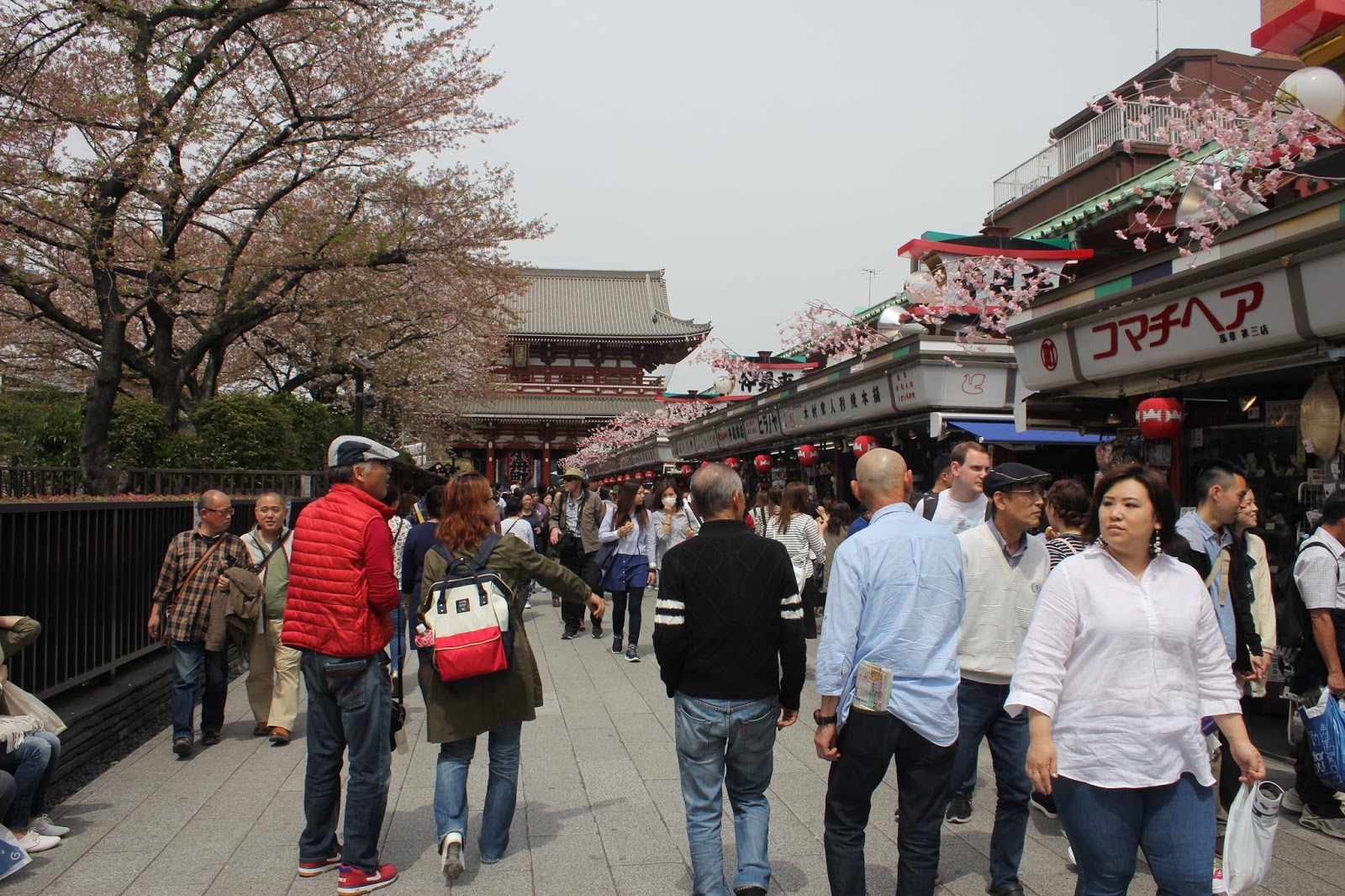 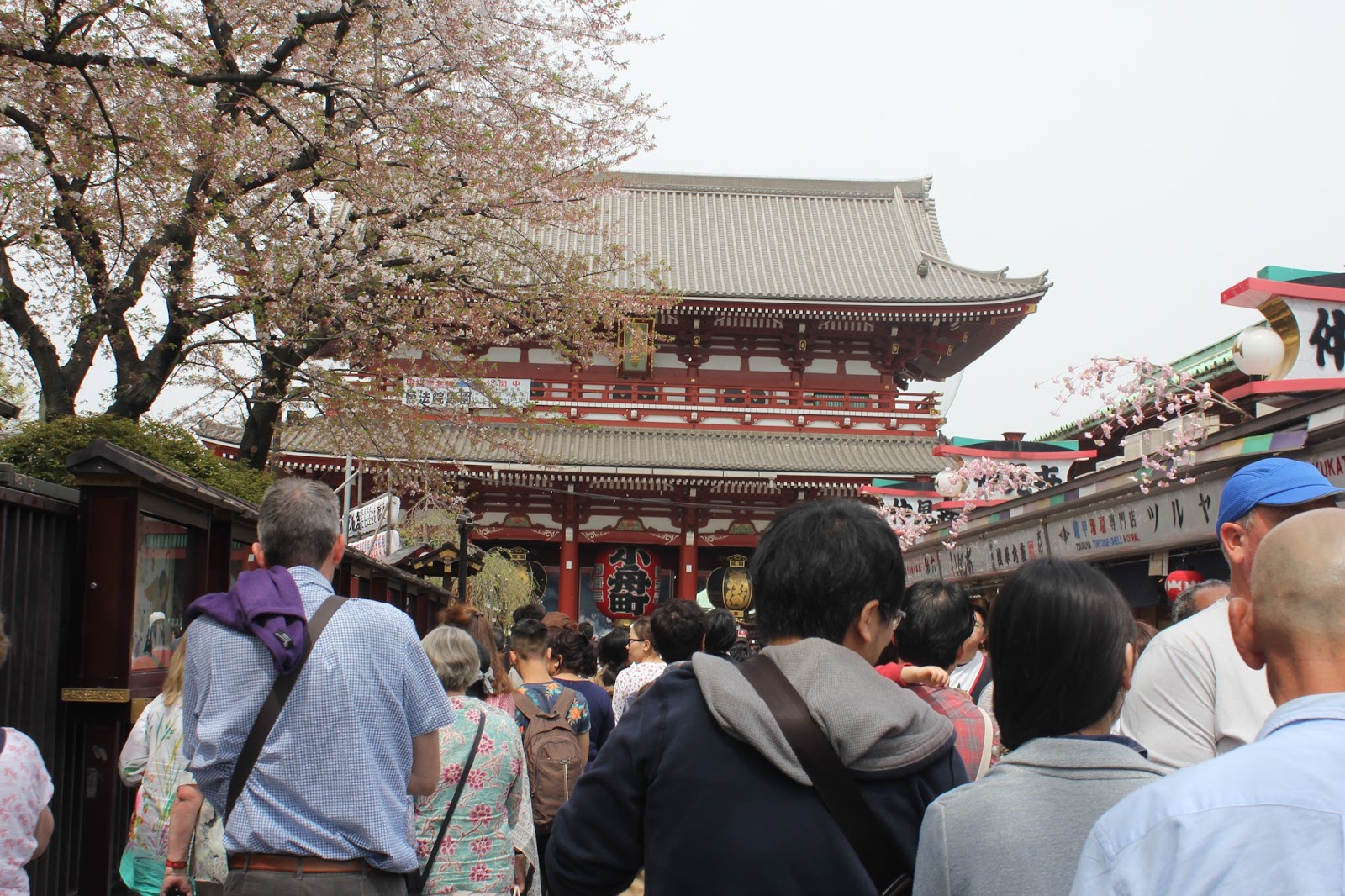 This extremely crowded road leading to the temple itself is Nakamize. This is a shopping street selling typical Japanese goods and souvenirs, you can buy some if you can escape the tide of people for long enough! 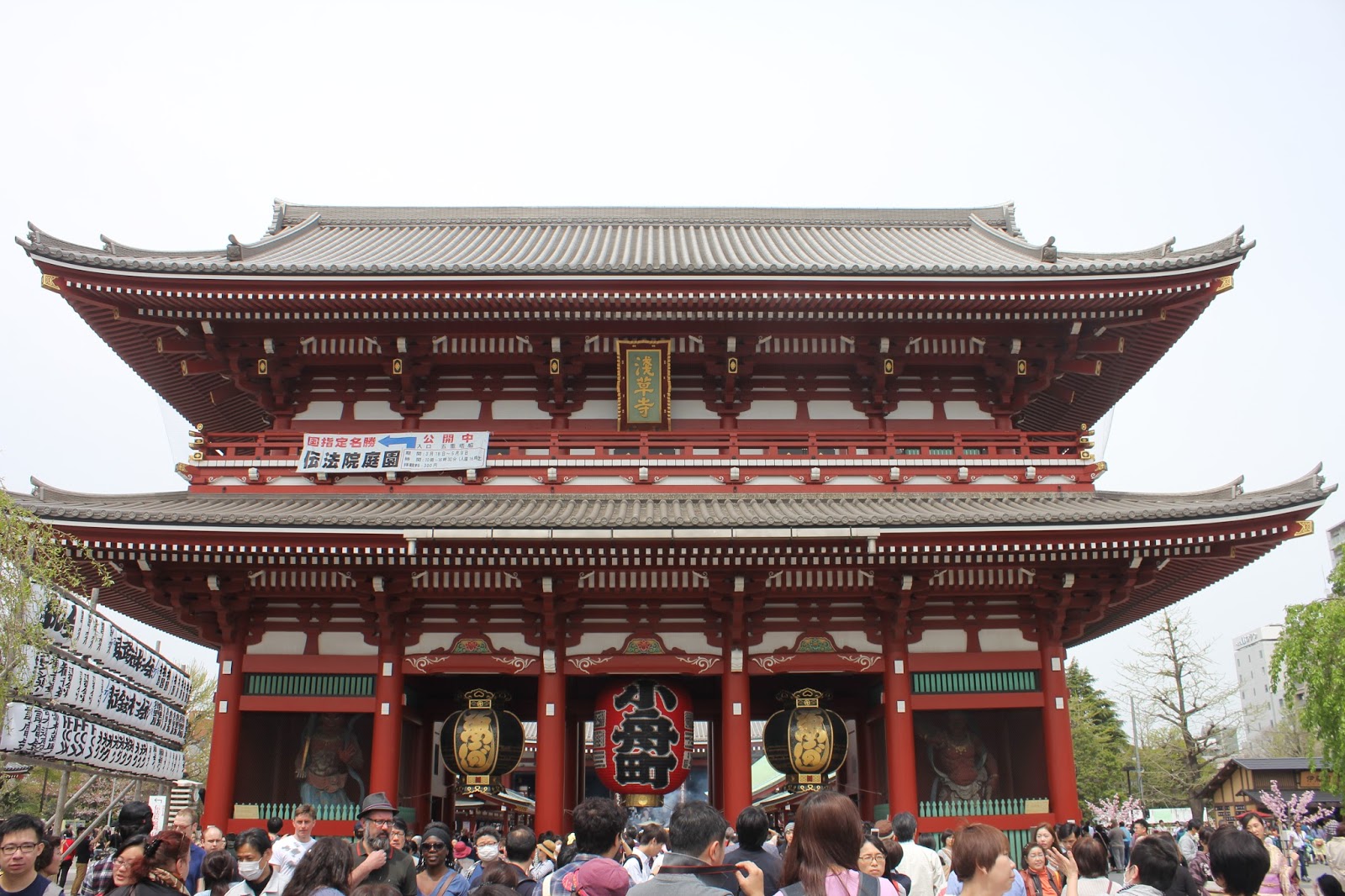 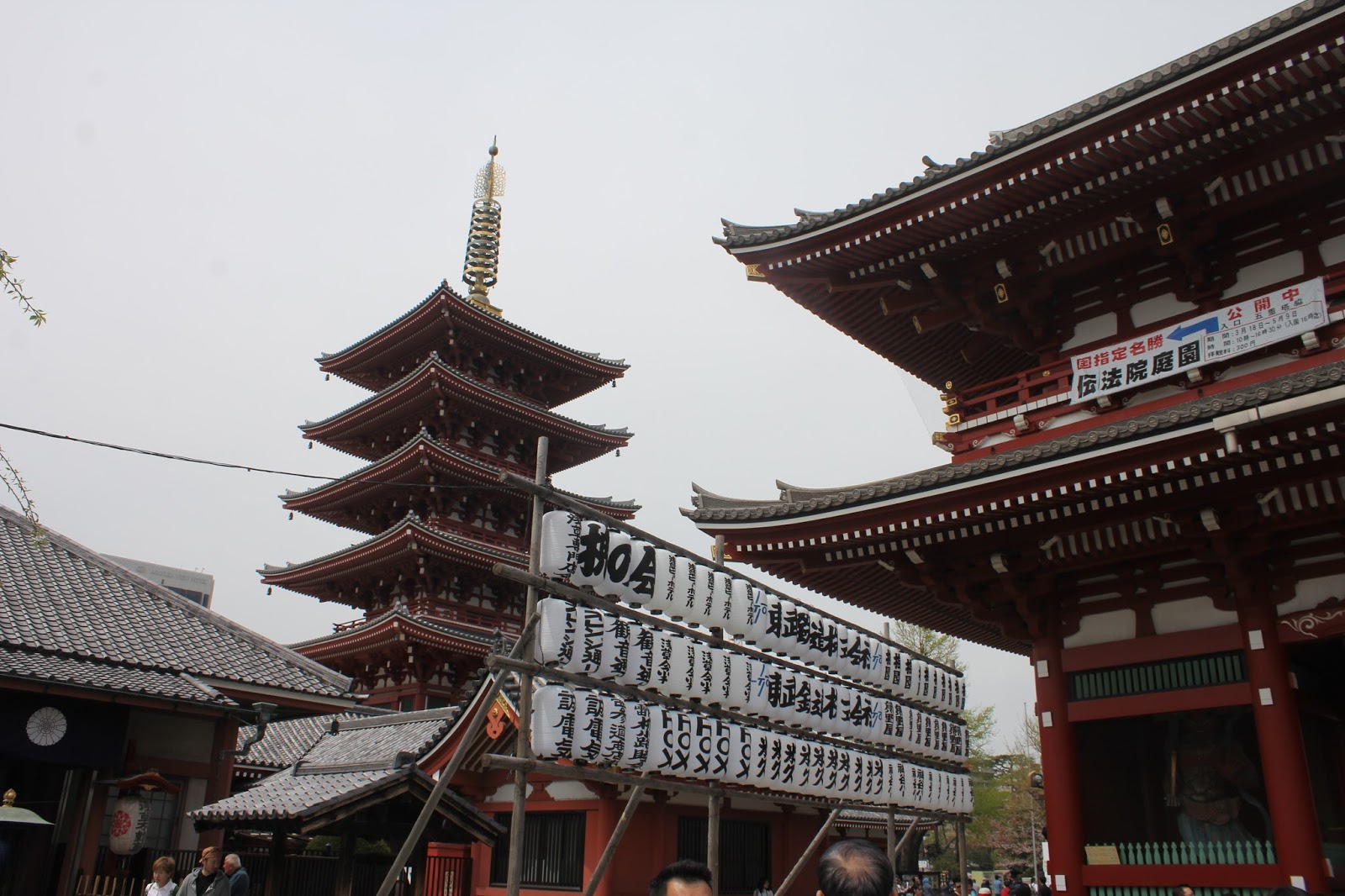 The pagoda is one of the main sights on Sensoji’s grounds, however it is under renovation until September 2017 sadly. It is currently covered in scaffolding, however it is said that it will not affect a visit to the temple!

I beg to differ, as the pagoda was my favourite thing to see! 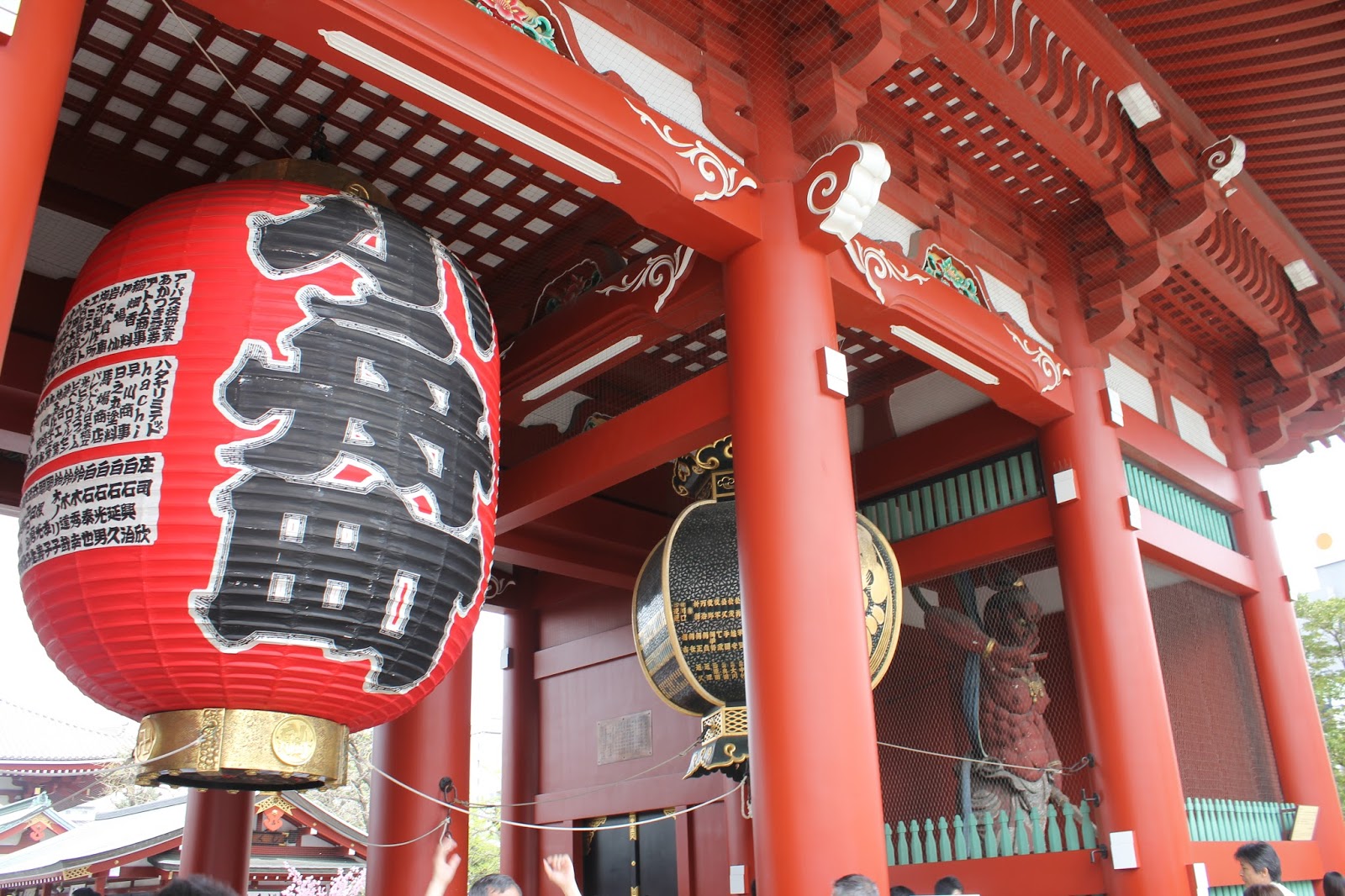 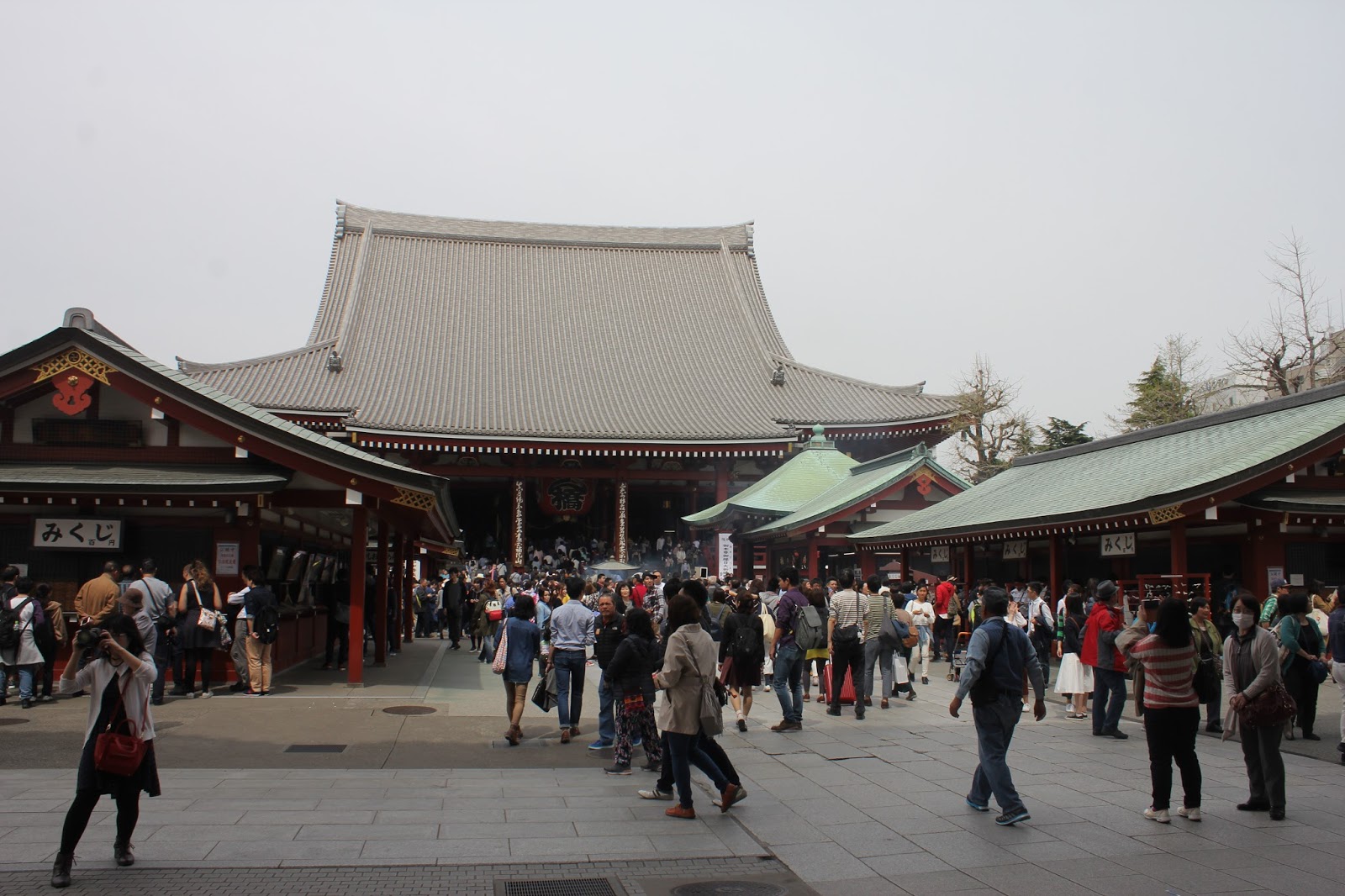 The Hozomon gate can be seen at the back, this is a photograph taken from in front of the main temple. 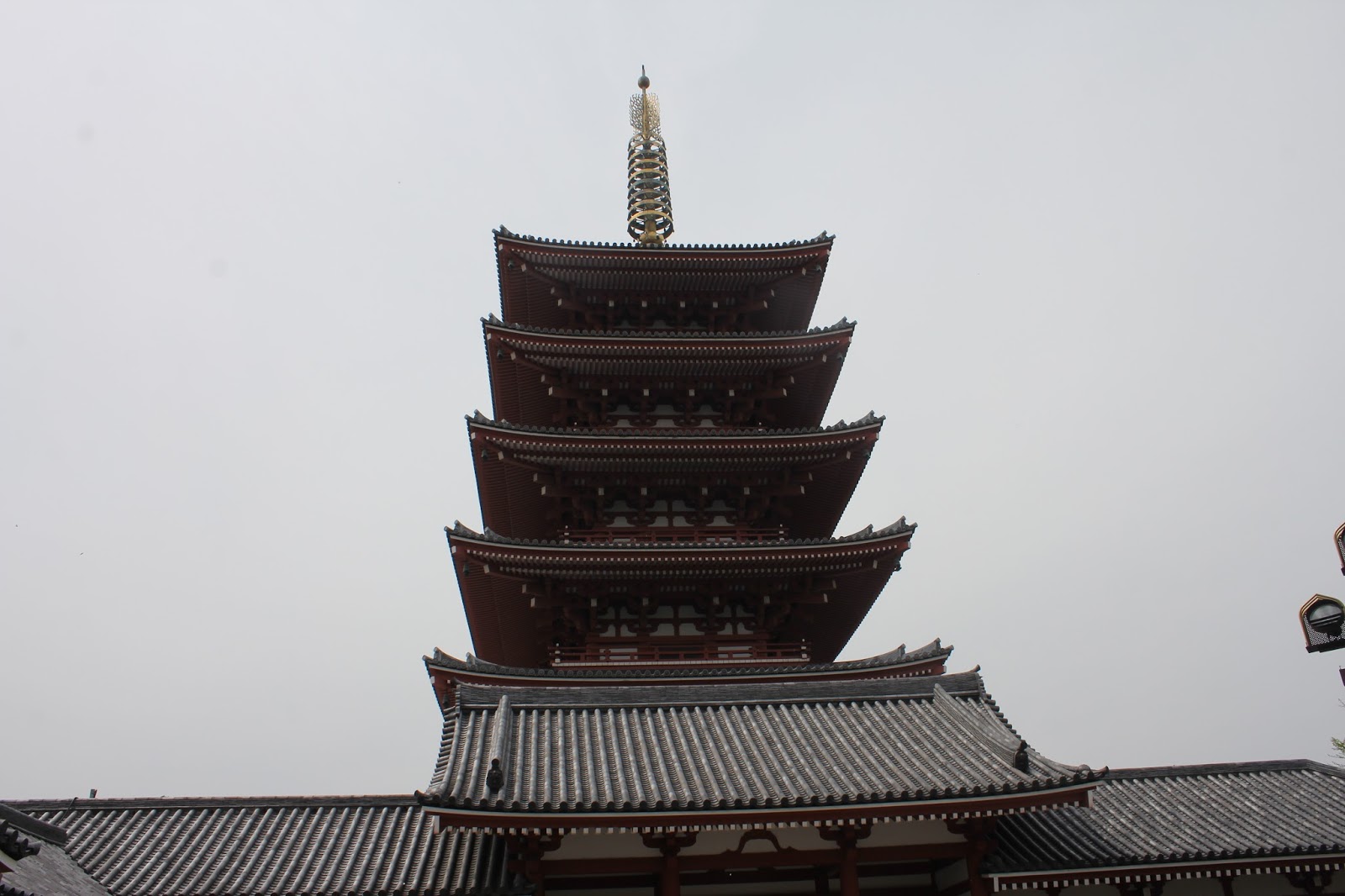 It really is a shame the pagoda is under maintenance work, that will really detract from the experience. 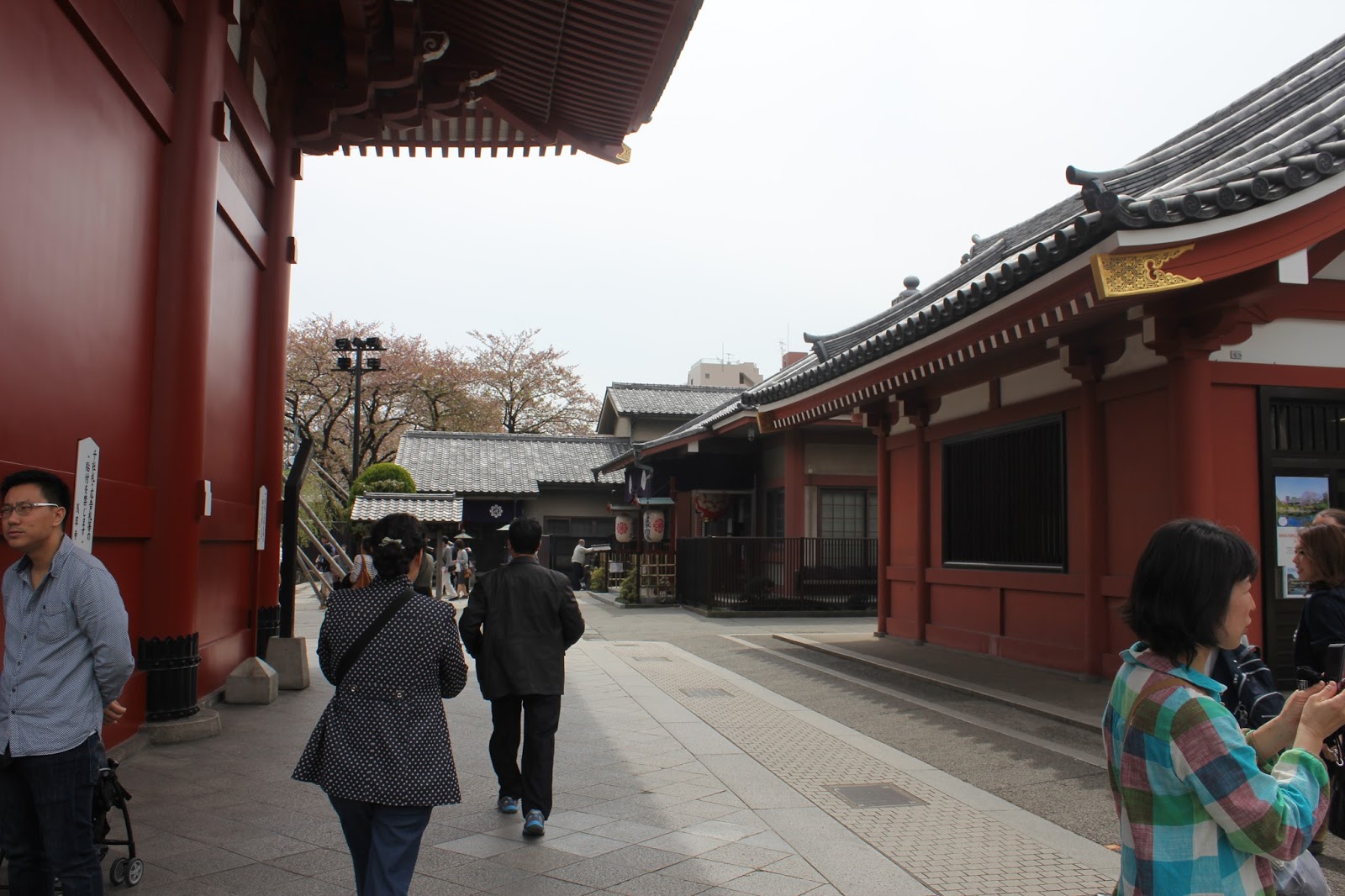 The grounds are covered in many smaller buildings. As with many of the touristy shrines/temples, these are kept in brilliant condition, with little evidence of aging. However this is partly due to the fact that these buildings do not date to 645.

The temple was heavily damaged in World War II. These buildings are only 70 or so years old at the most. 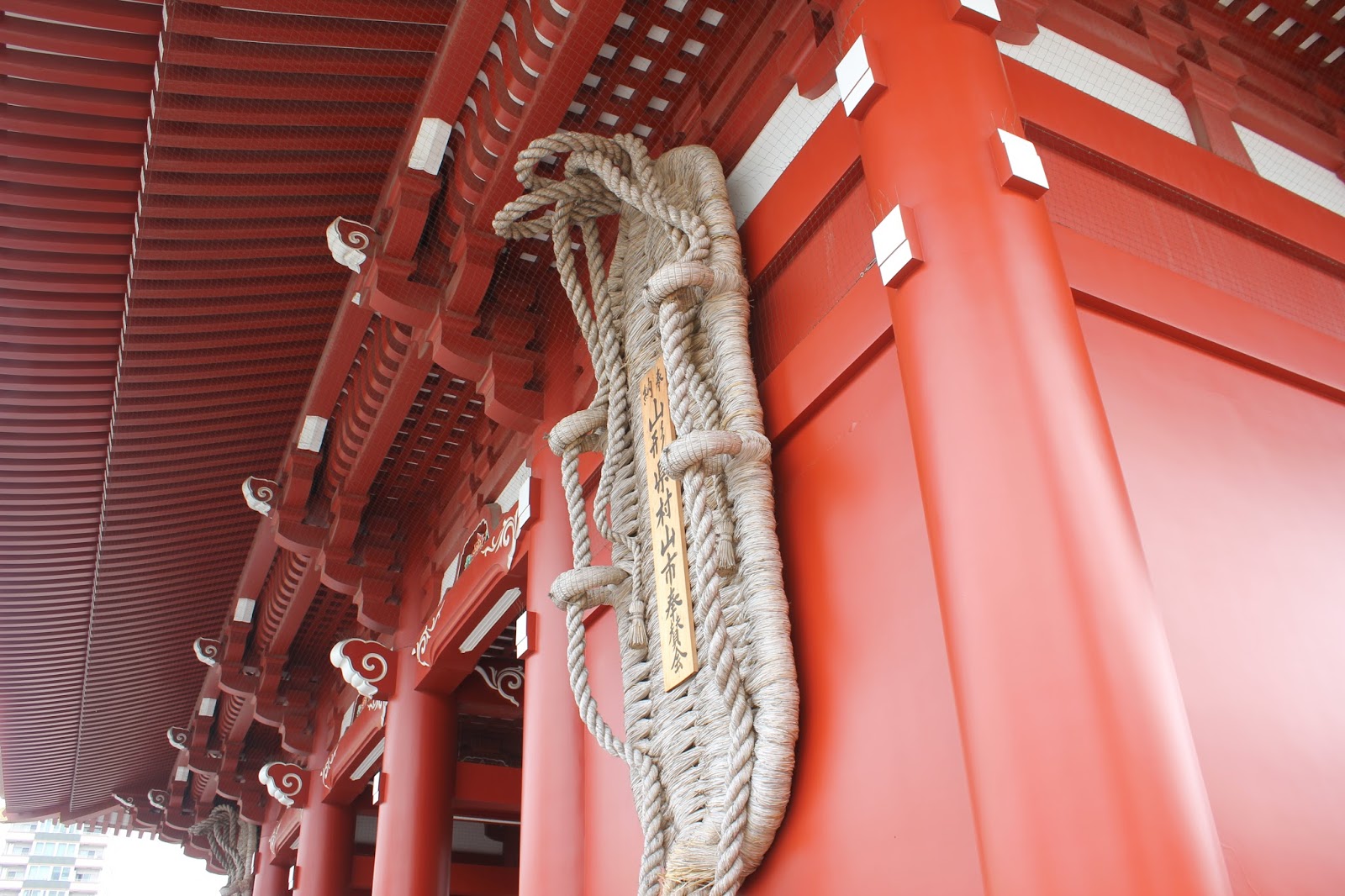 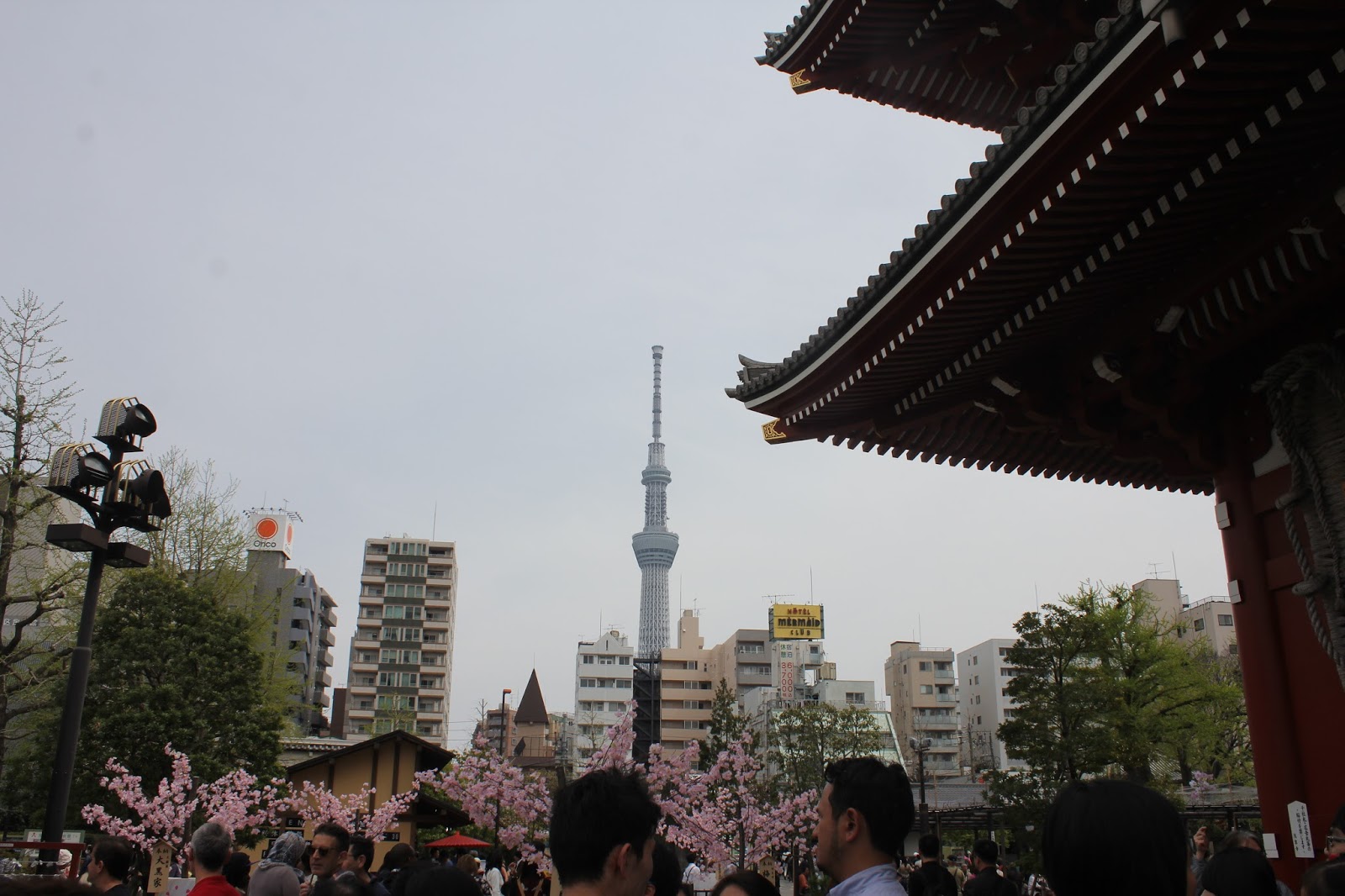 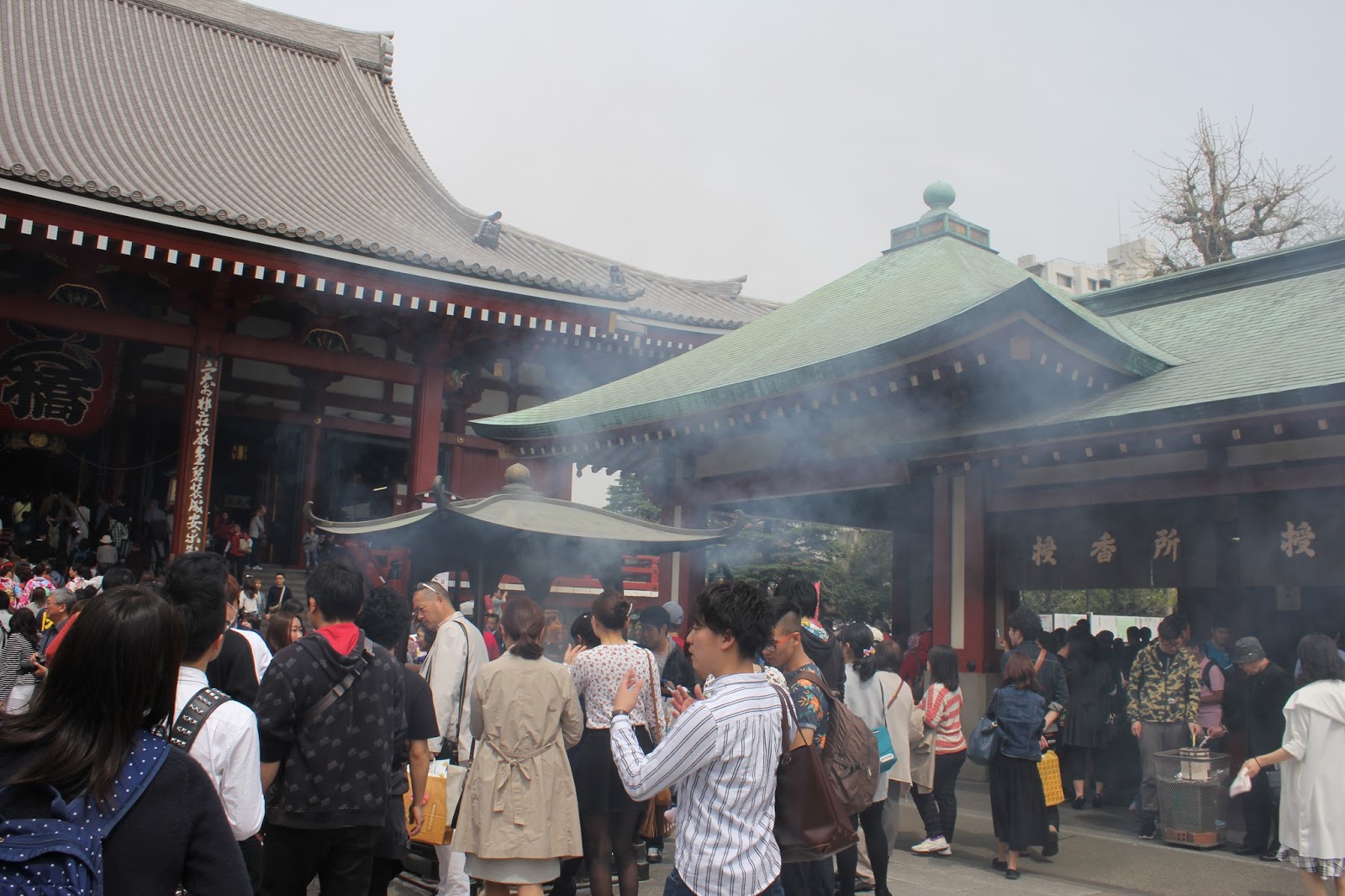 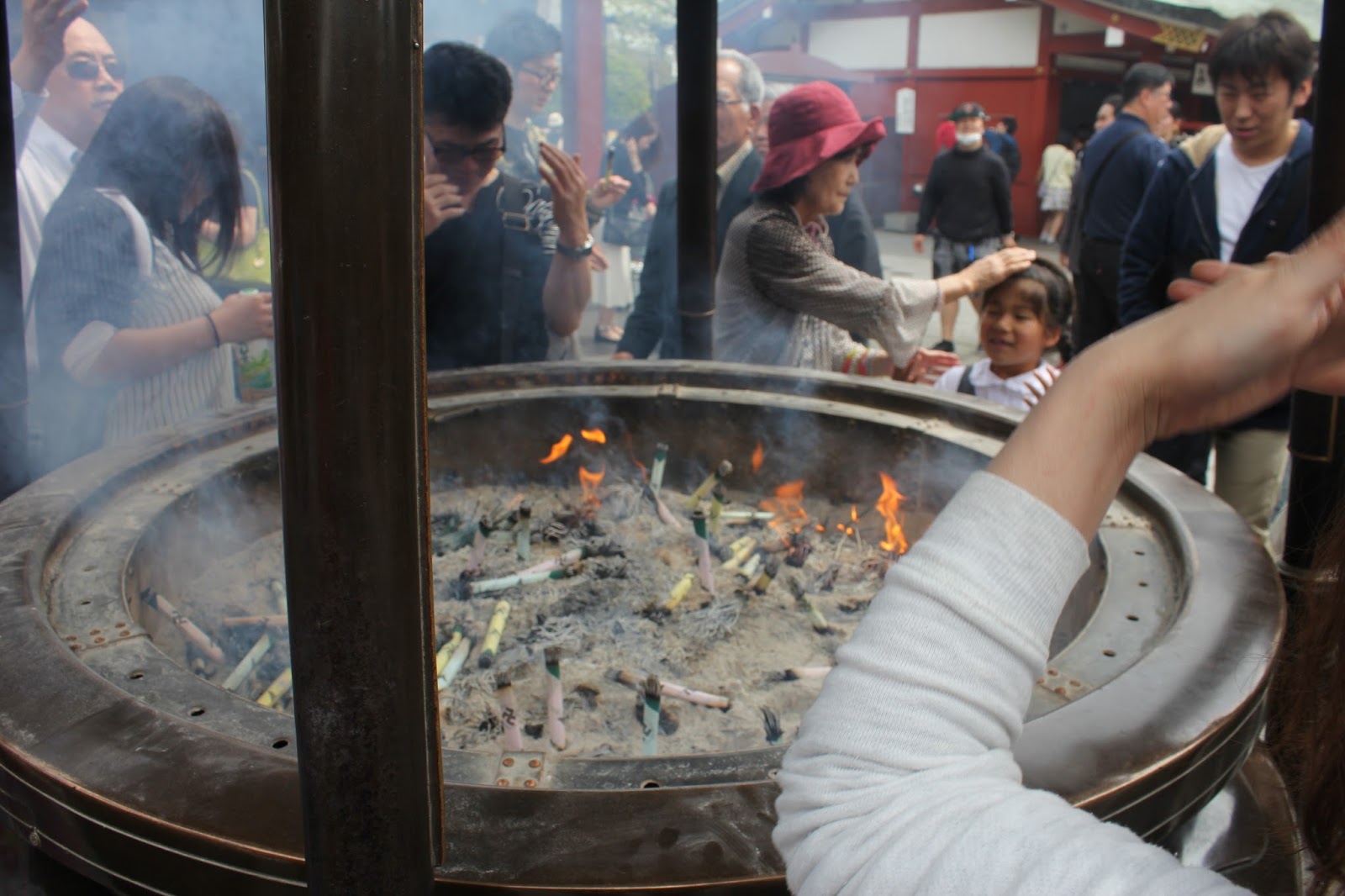 It wouldn’t be a visit to a Shrine or Temple without mass amounts of incense in the air! 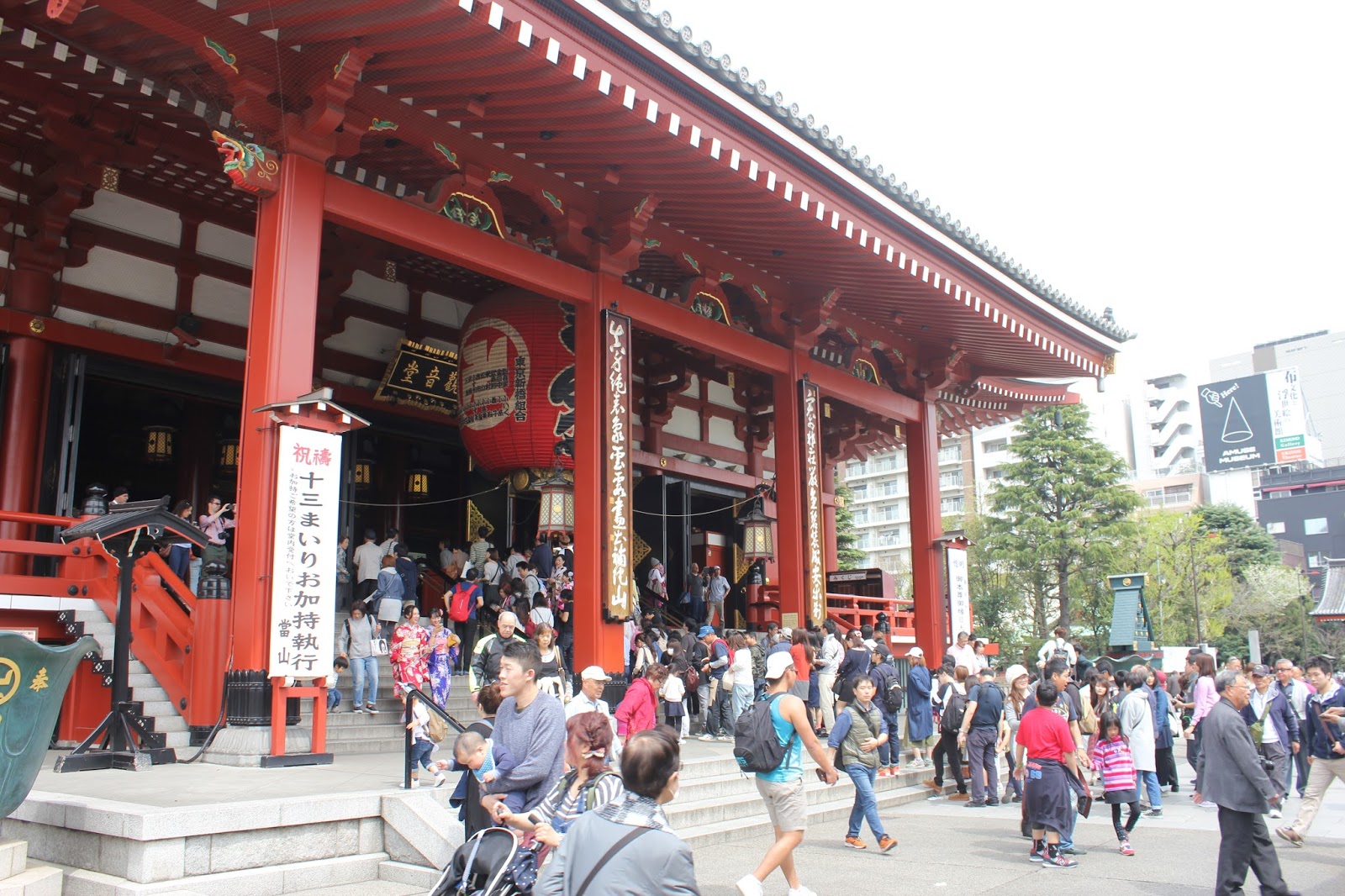 As you can see, Sensoji is crowded.

This is why we only headed to Sensoji for a quick look around, if you’re looking for a more ‘authentic’ shrine/temple experience, I recommend you visit a smaller one you just happen to stumble across, or visit somewhere like Meiji Jingu Shrine, which due to it’s massive size, was much less crowded. 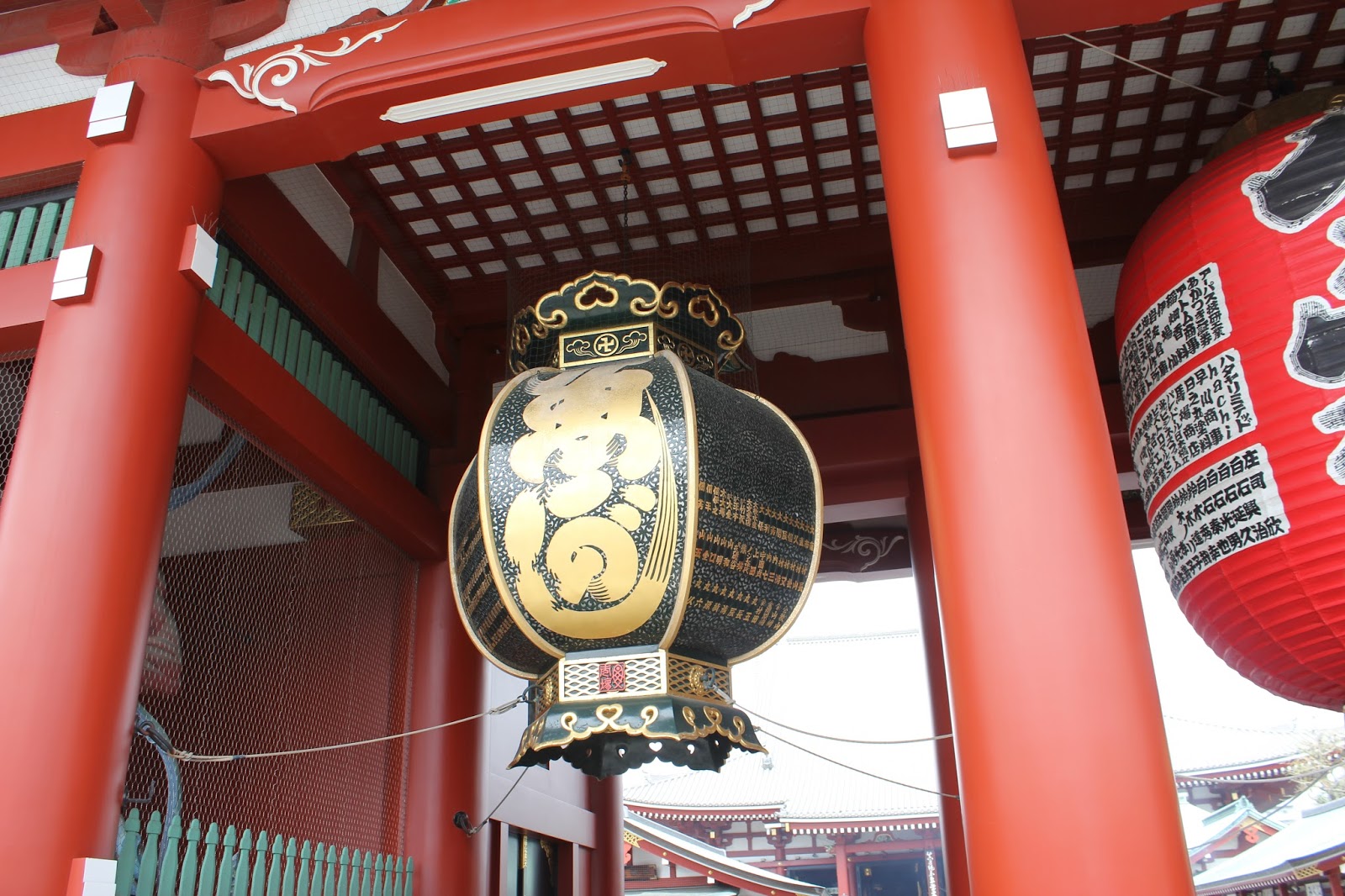 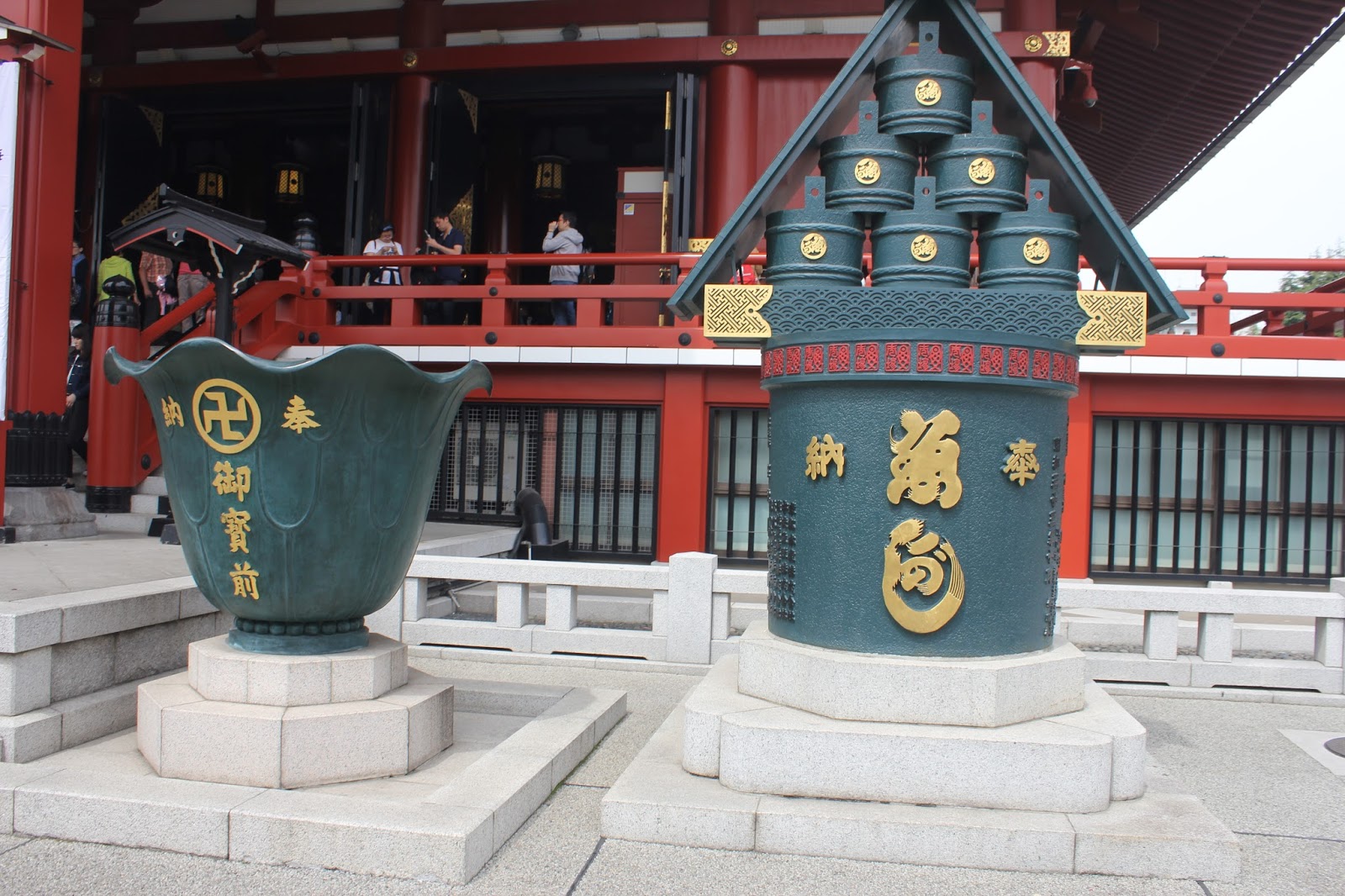 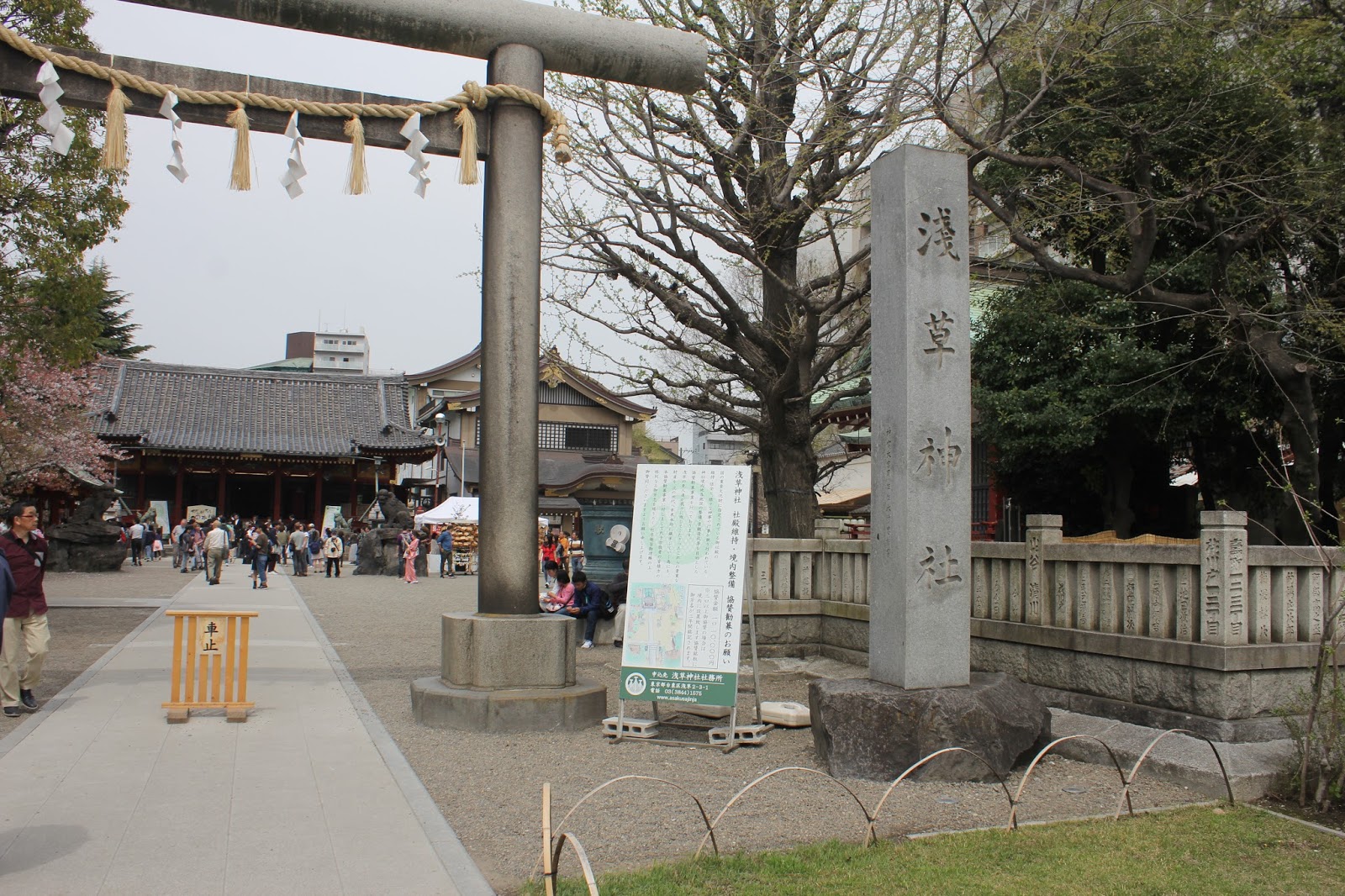 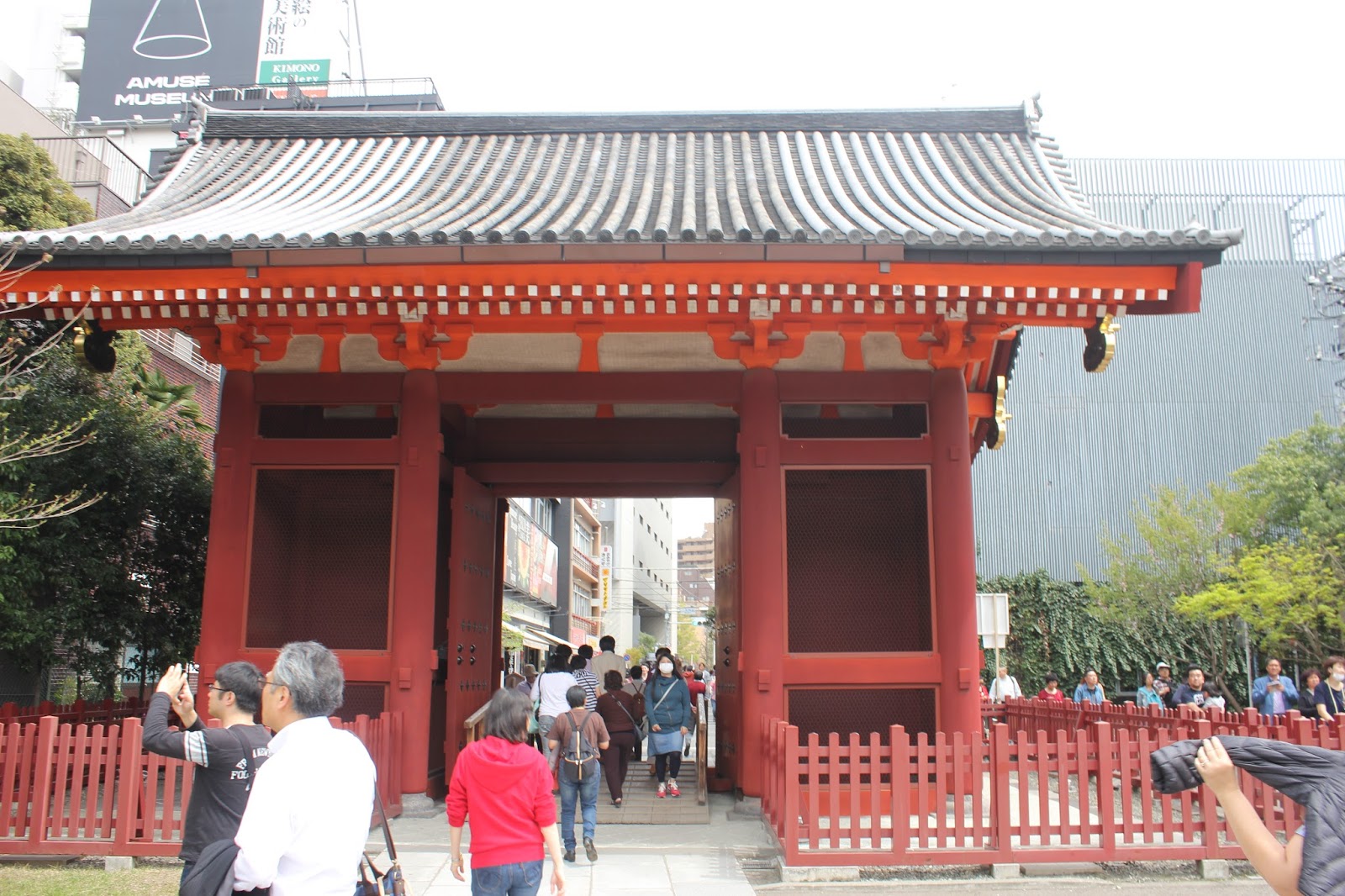 We left Sensoji via a different gate, in search of the Skytree! 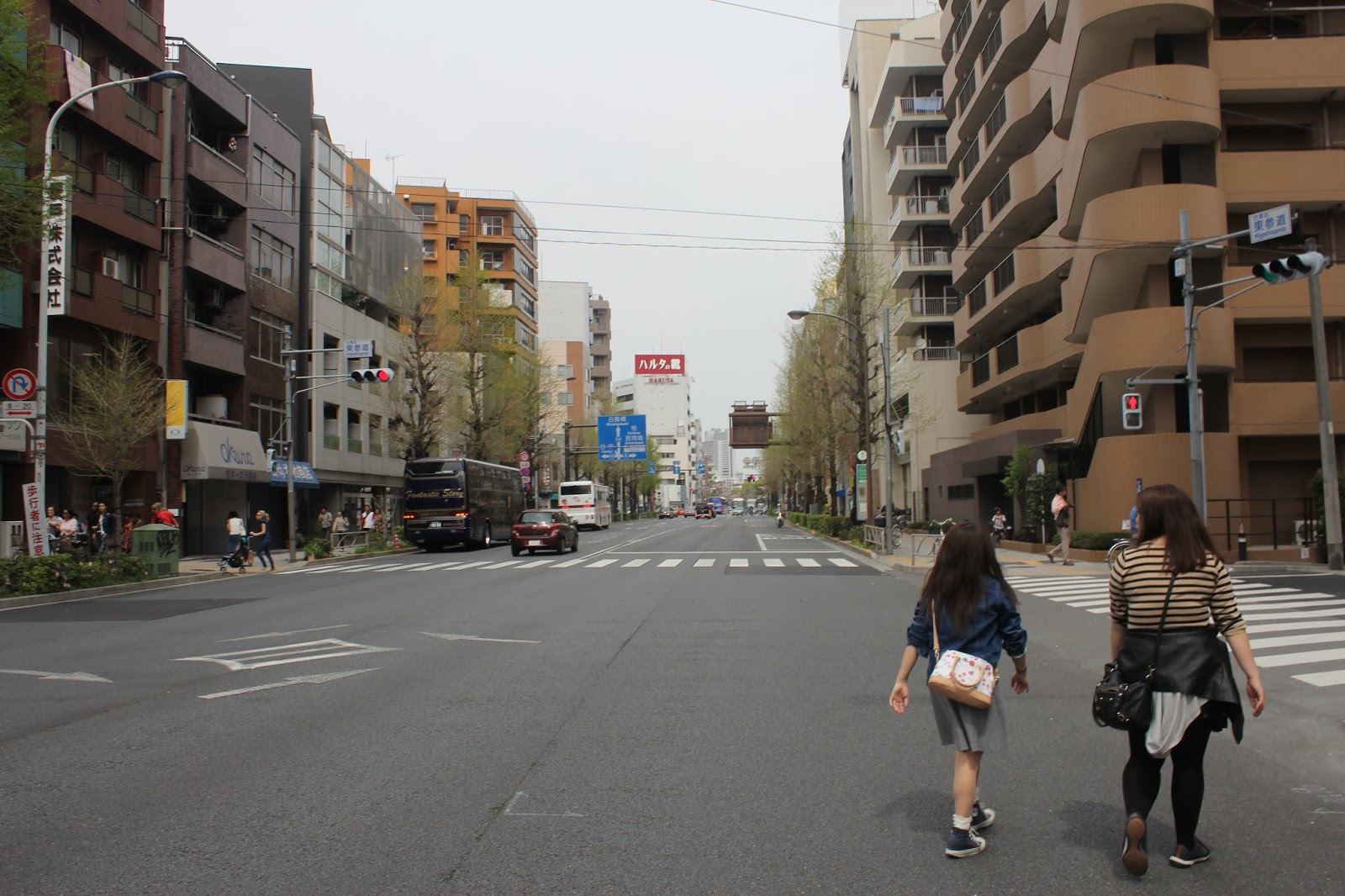 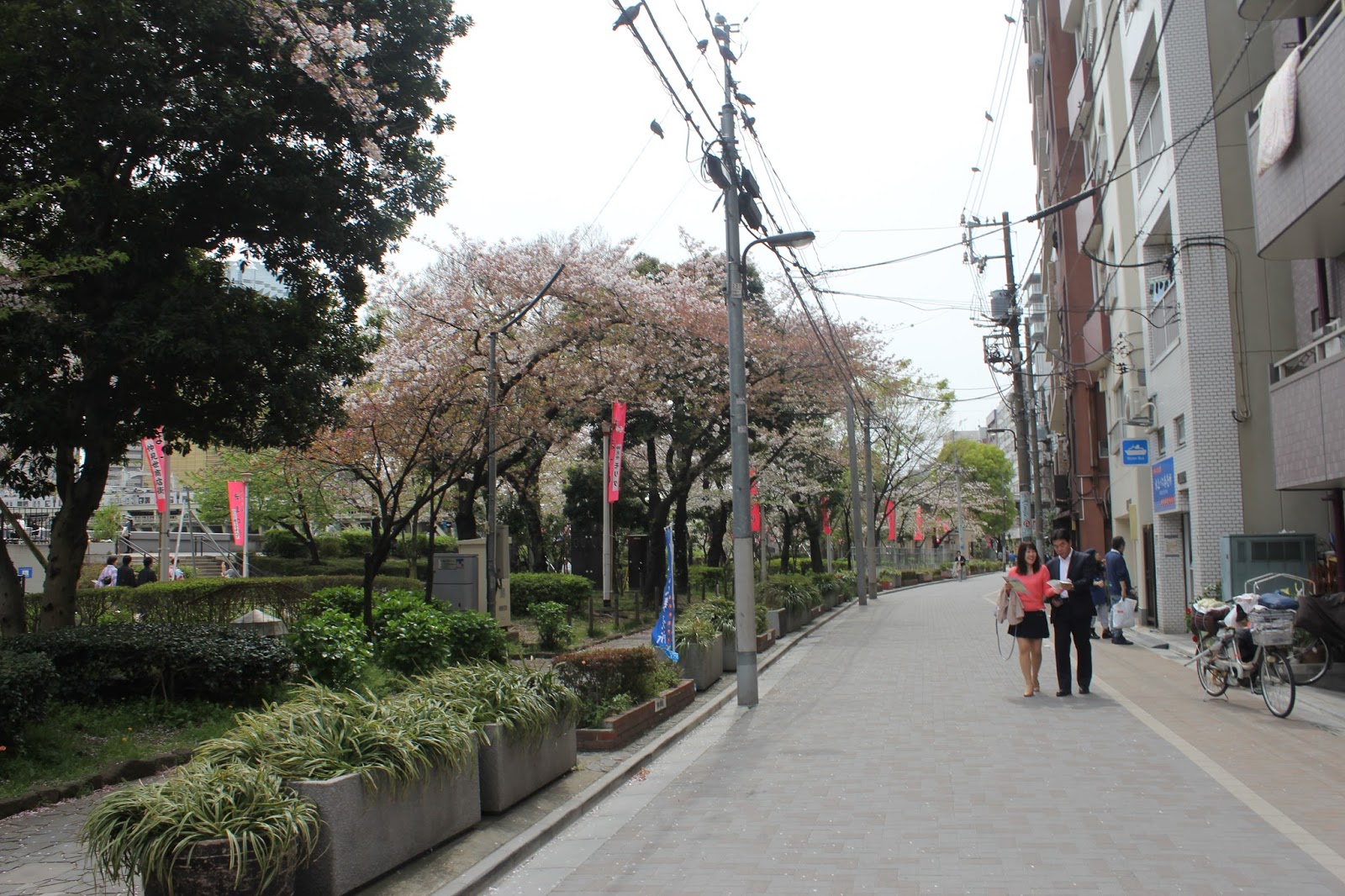 It’s shocking how quickly the crowds thin in Asakusa once you leave Sensoji. 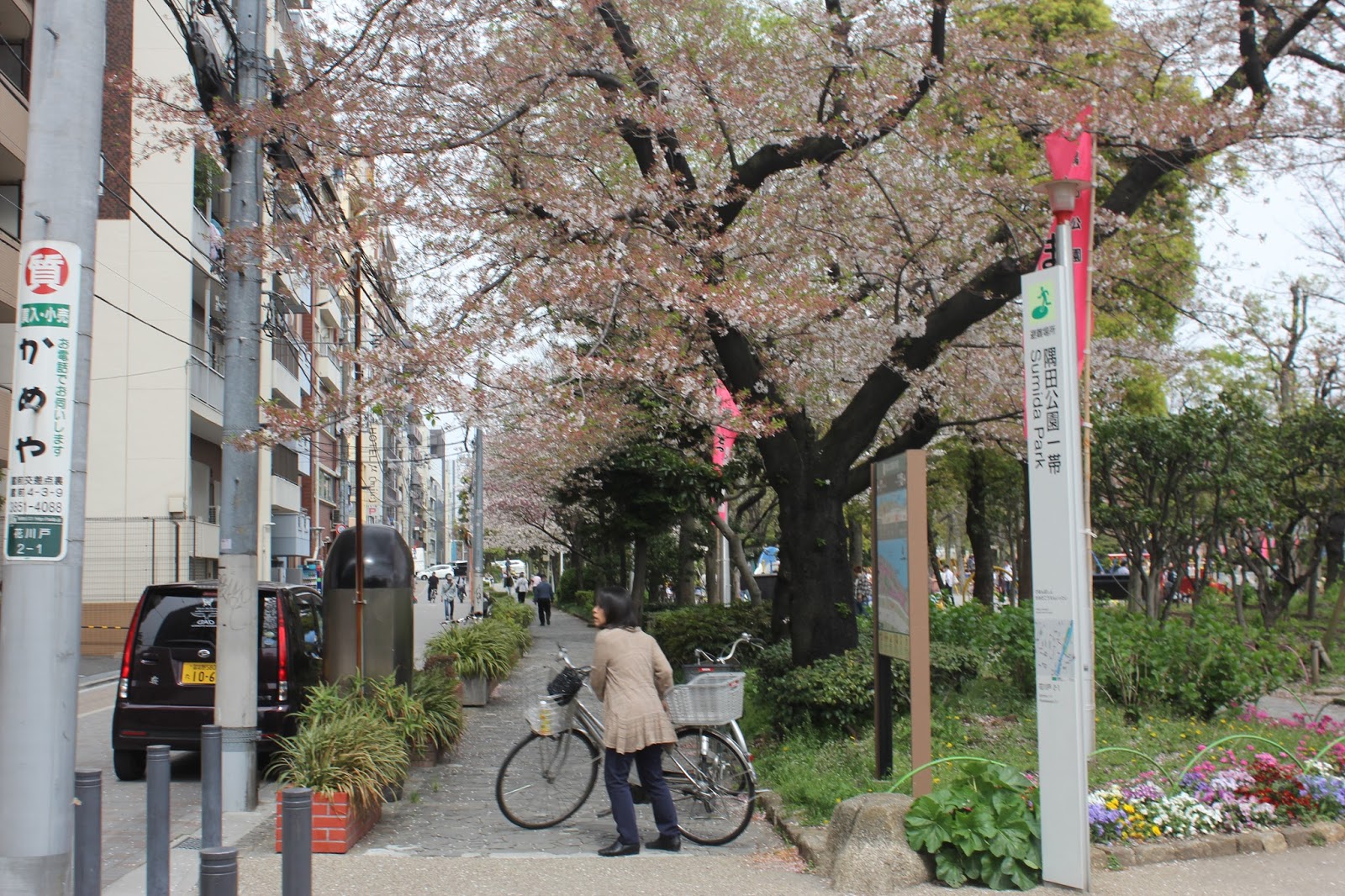 The Skytree is consistently further away than you think. I guess that’s the same with all ridiculously tall structures! I thought I was stood very close to the Shard the other day, then it clicked in my head that I was on the wrong side of the river. 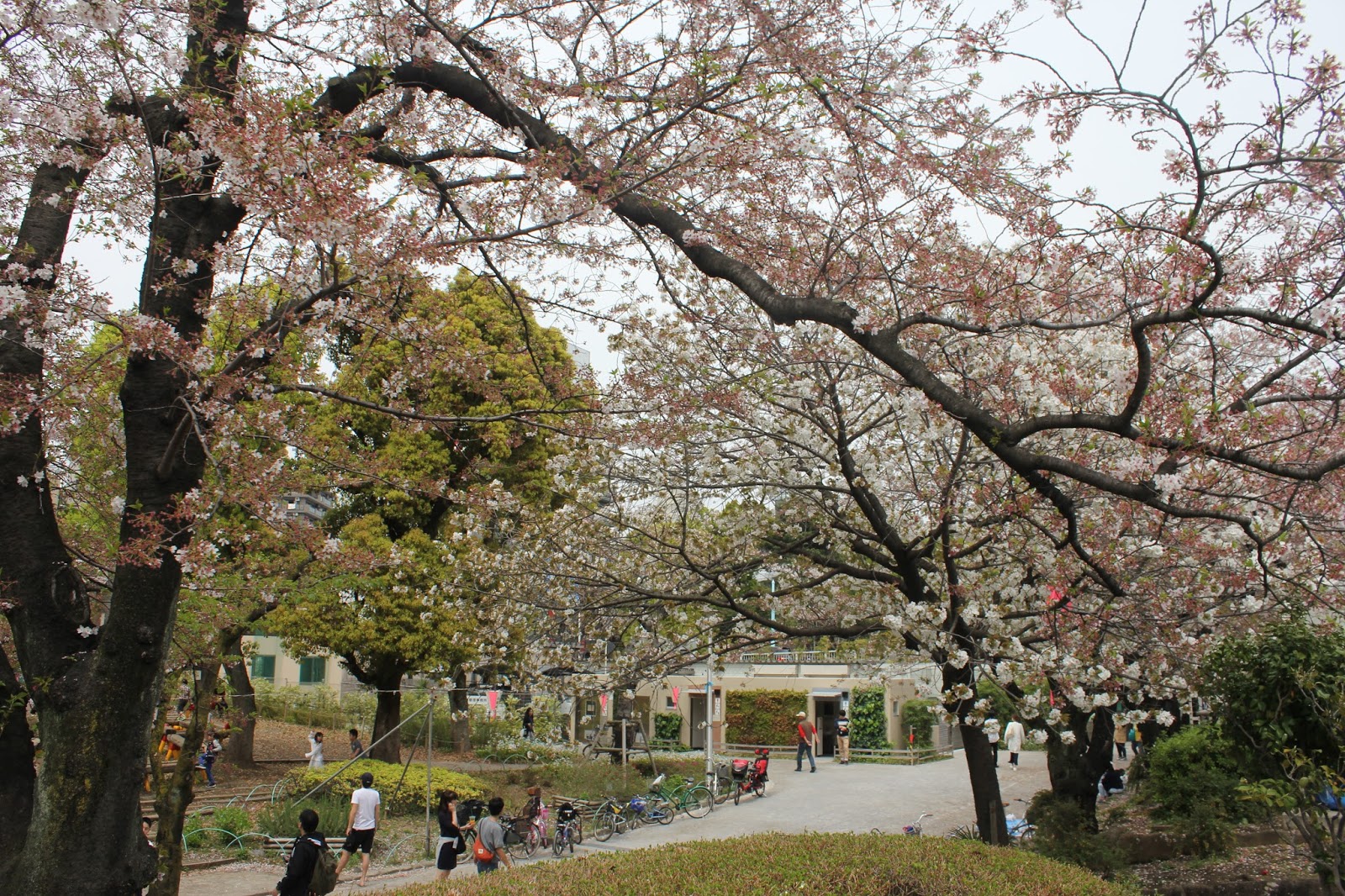 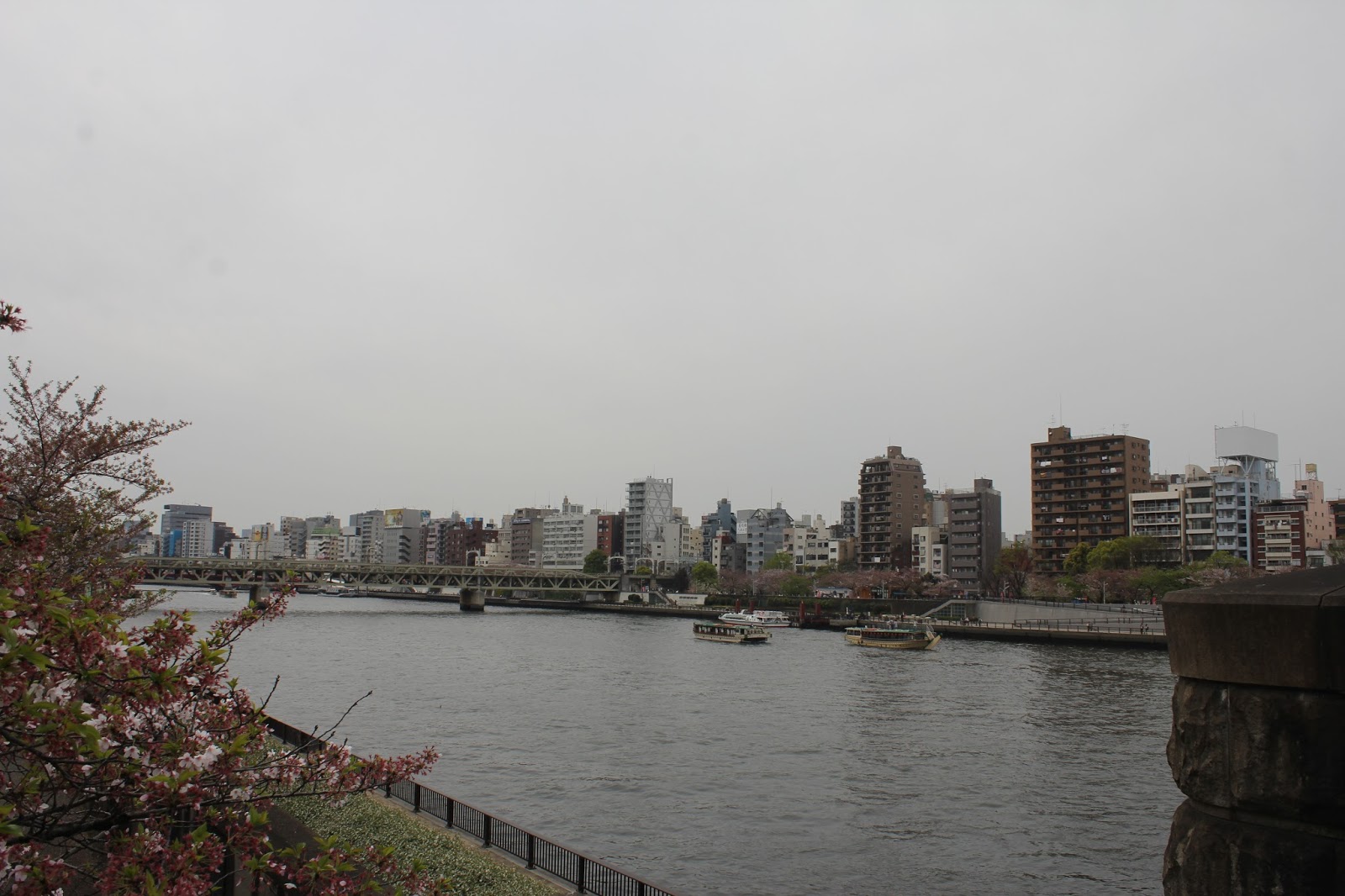 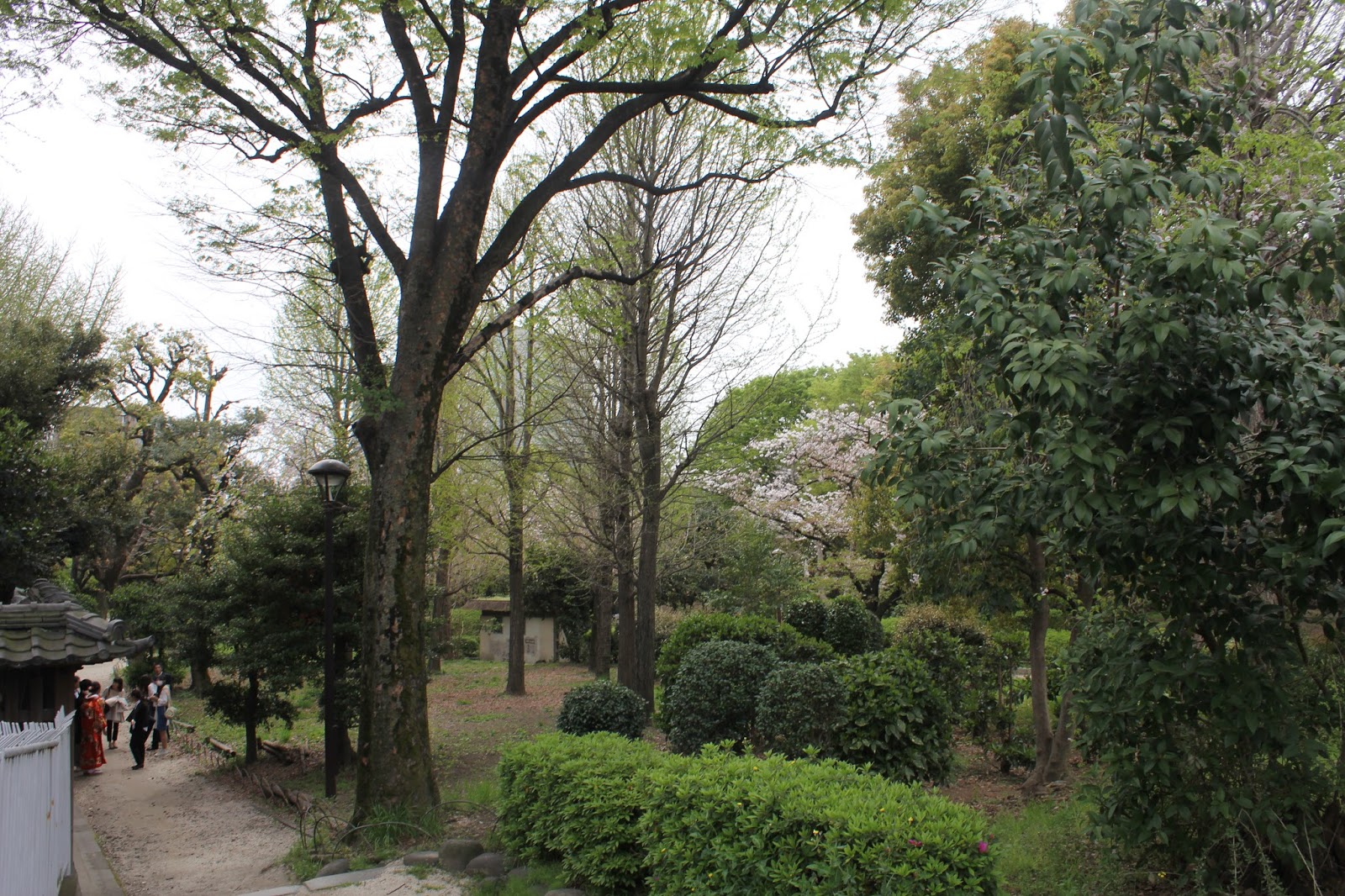 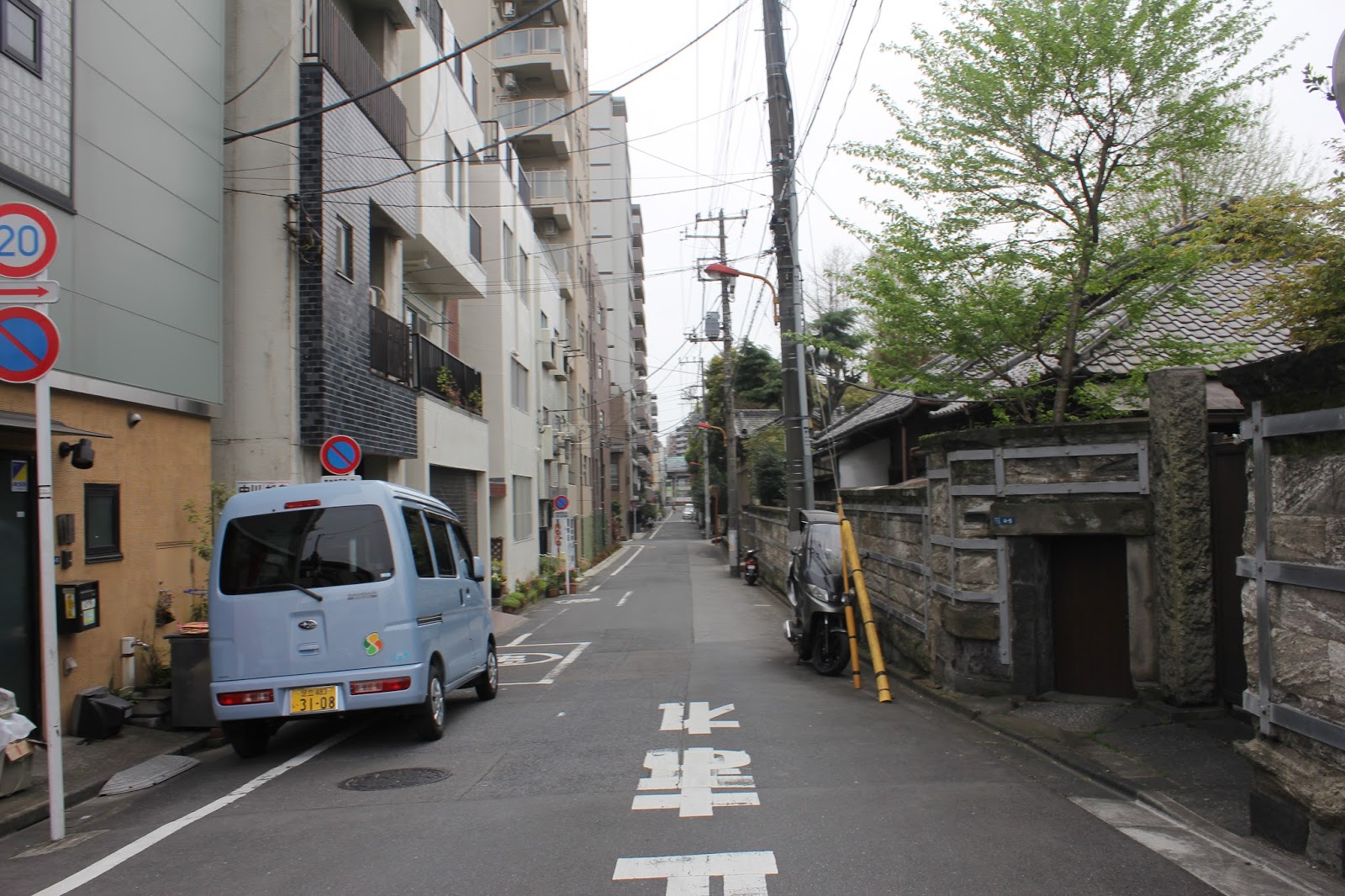 One thing I loved about Japan is the mass of small streets, park paths and otherwise that you can utilise between major destinations. It adds a rural feel to Tokyo, one of the largest and most crowded cities the world has ever seen.

Despite the fact we were heading between two of the biggest tourist attractions in the whole country we could still go down back streets and wooded paths!

Next time we begin at the Skytree for the final post!