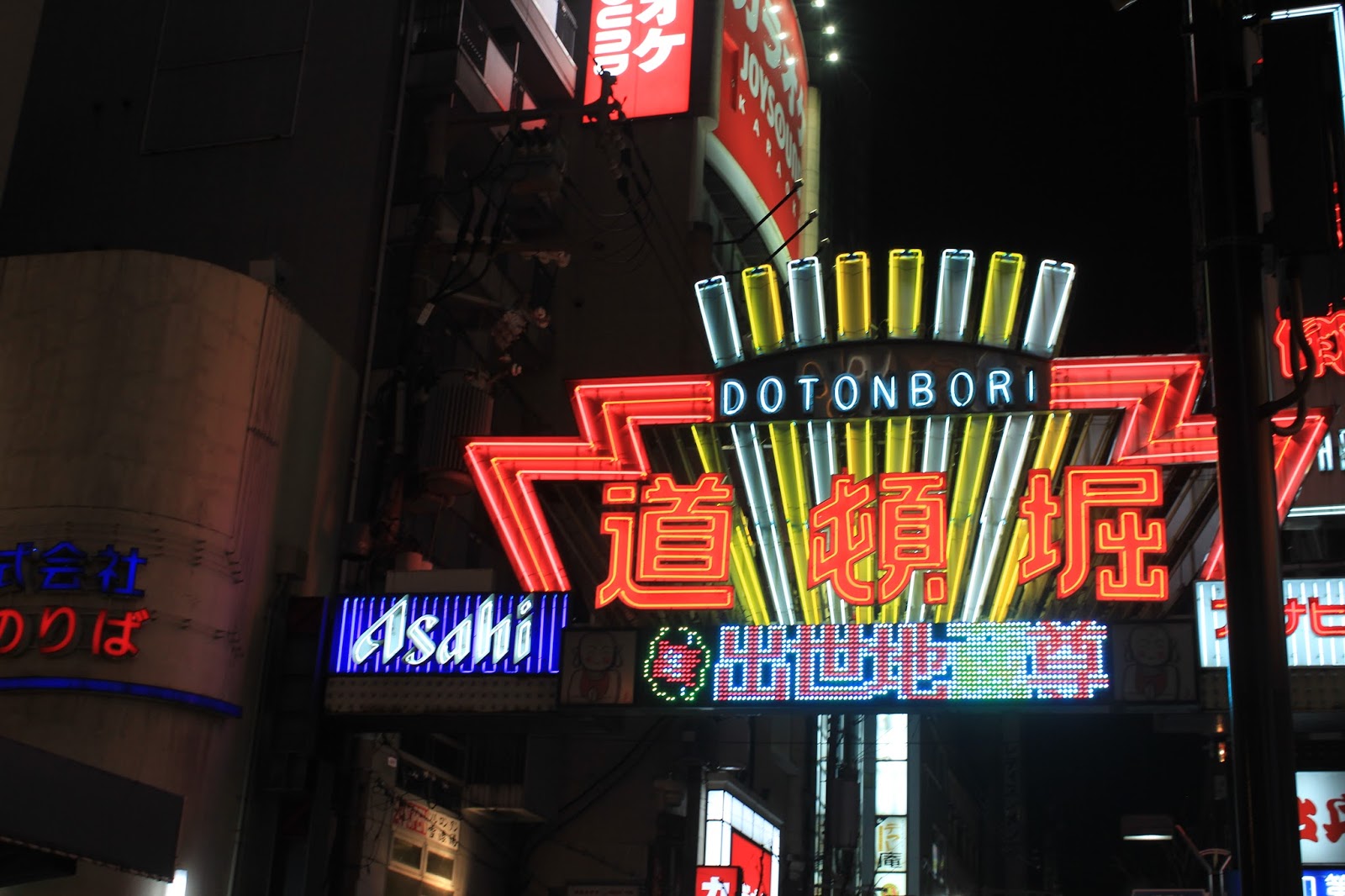 Well I’ve just realised I’ve been calling it ‘Dontonburi’ for months instead of Dotonburi. Brilliant.

Dotonburi is one of the busiest areas in Osaka, it attracts tons of tourists to the Namba district. Dotonburi is a famous nightlife and shopping area, having once been renowned as a theatre lover’s heaven.

It’s illuminated like Times Square, making it quite literally….lit. 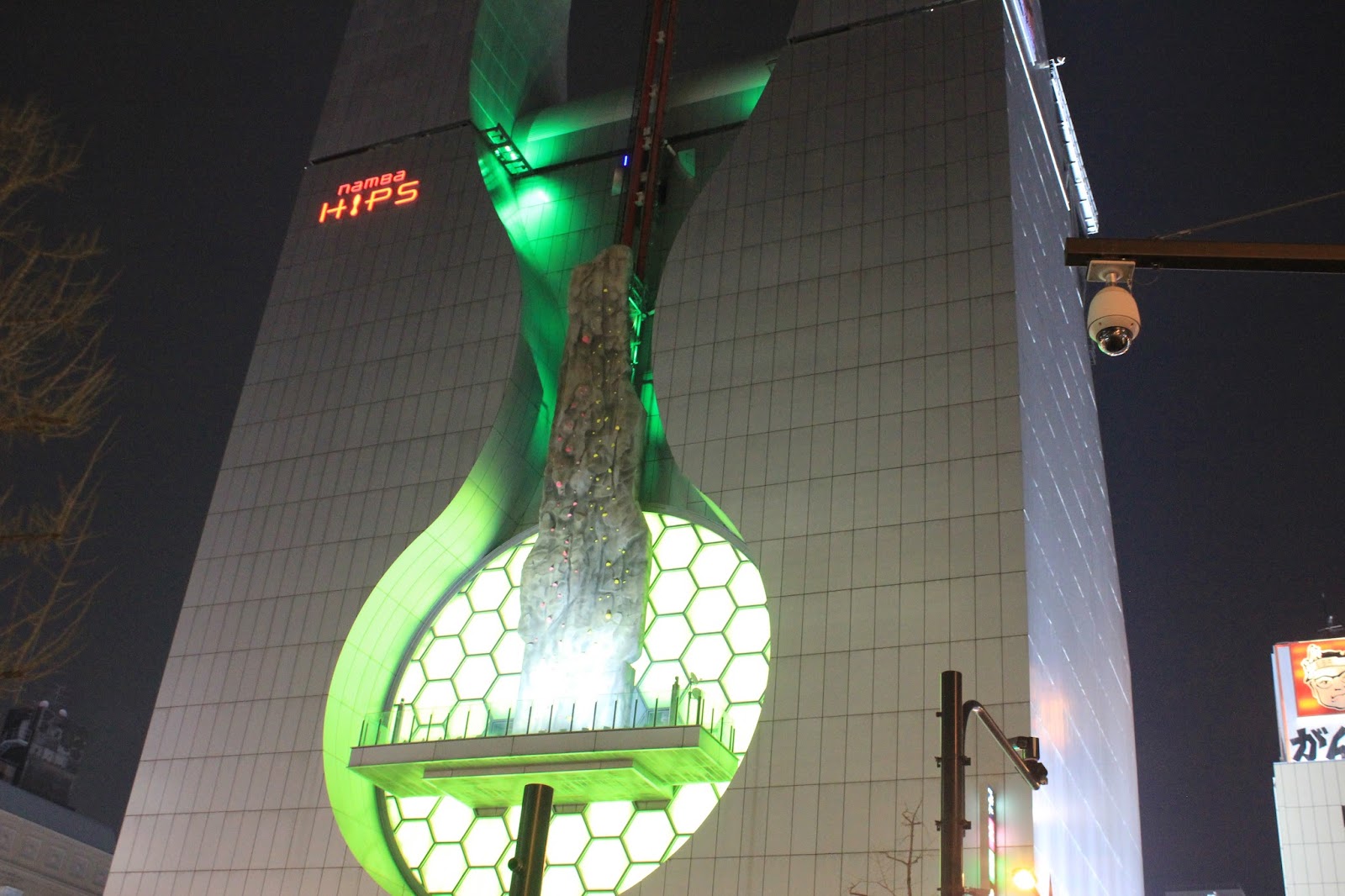 First of all, have an extremely awful photo of the Namba Hips building. Somehow I didn’t get a better one,  however I had to include it, as the architecture is insane! 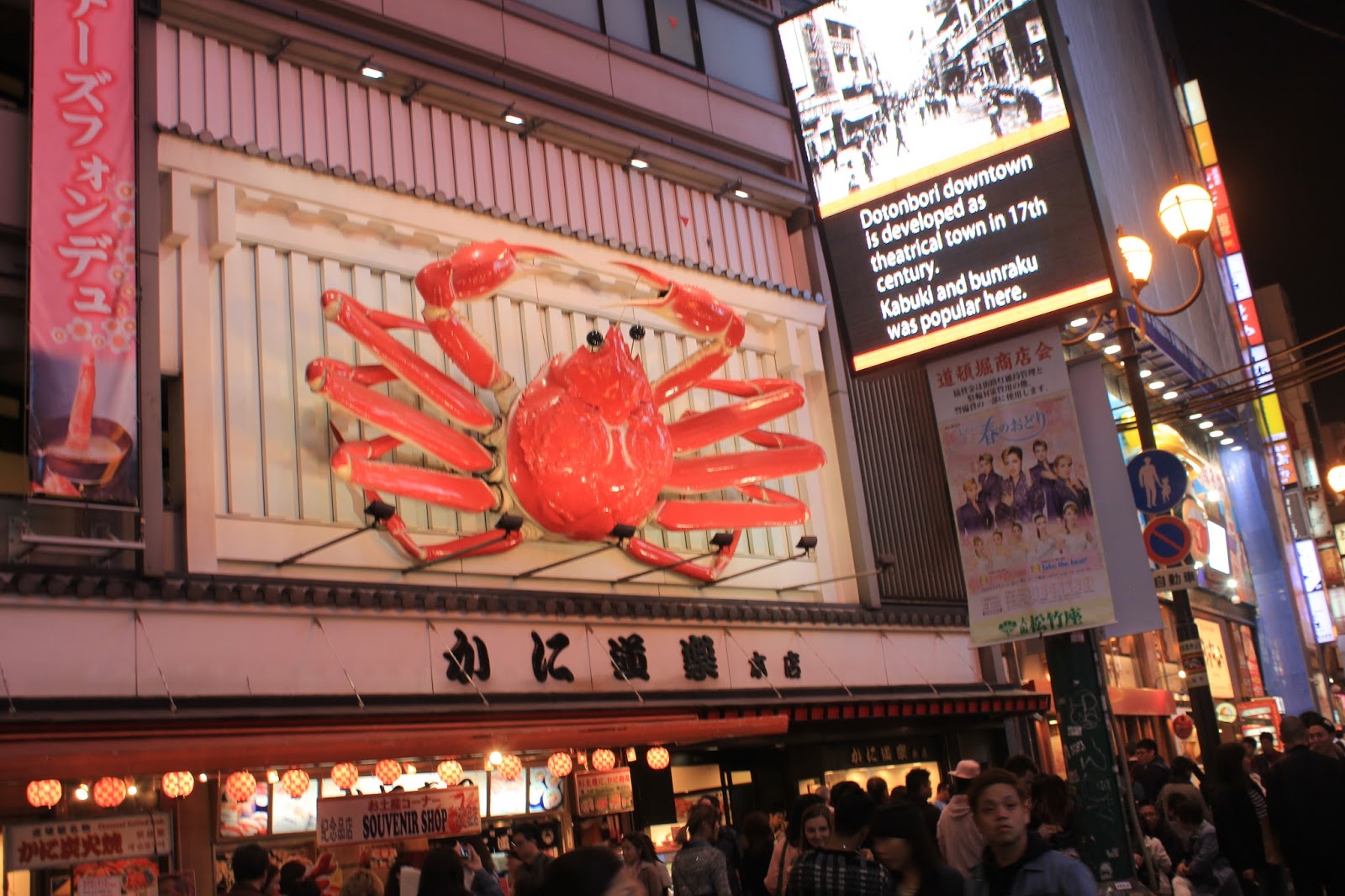 As Osaka is famed for streetfood, there is a ton to be found. This restaurant is called Kani Dōraku, and surprisingly, it houses the Kani Dōraku crab.

There are a few places with completely over the top signs like this, it’s incredible, and feels very Japanese. Many of these restaurants were incredibly popular and so waiting times were very long. It may have been there that I tried to get some sushi, but it was a 40 minute wait! 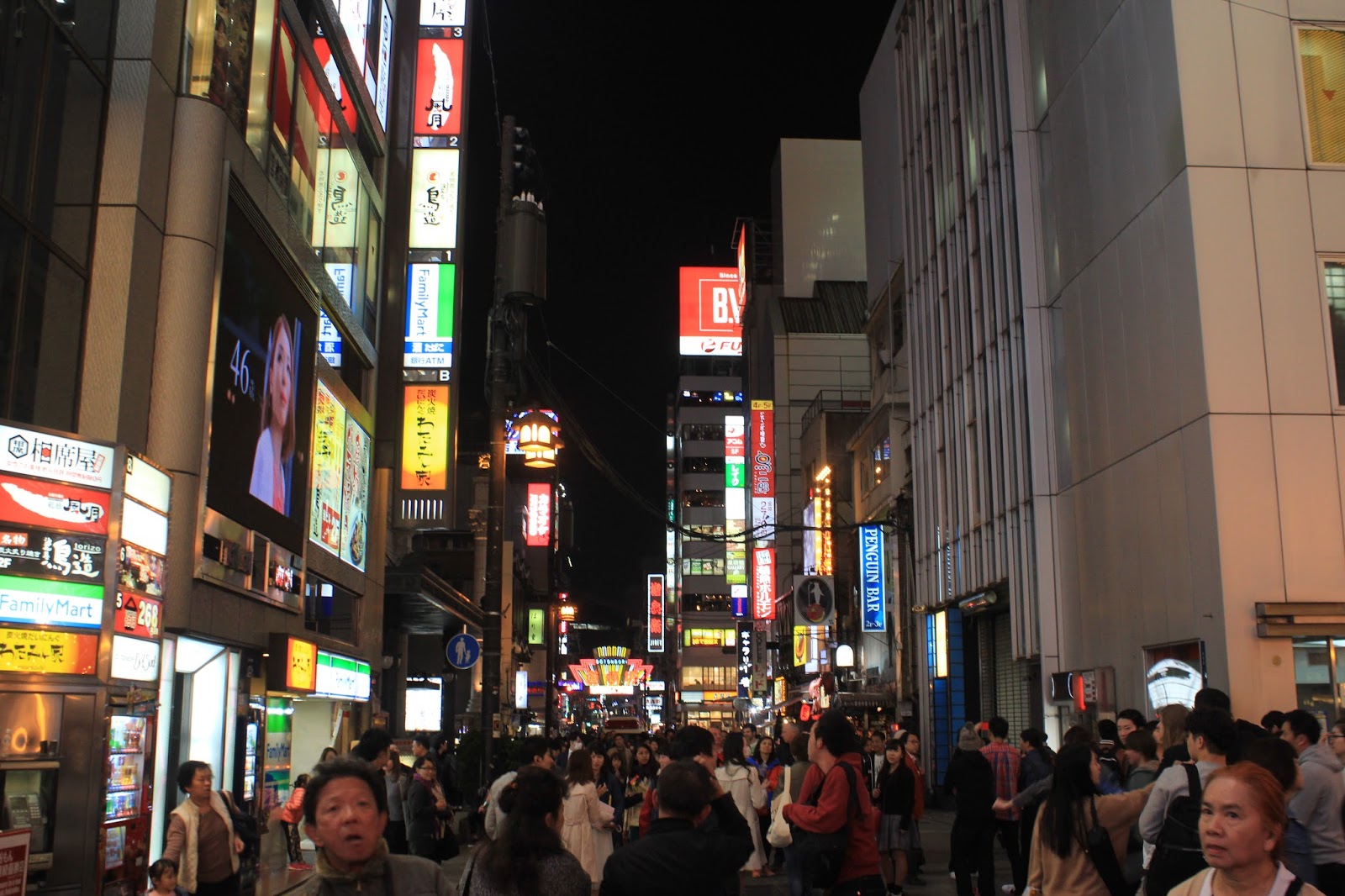 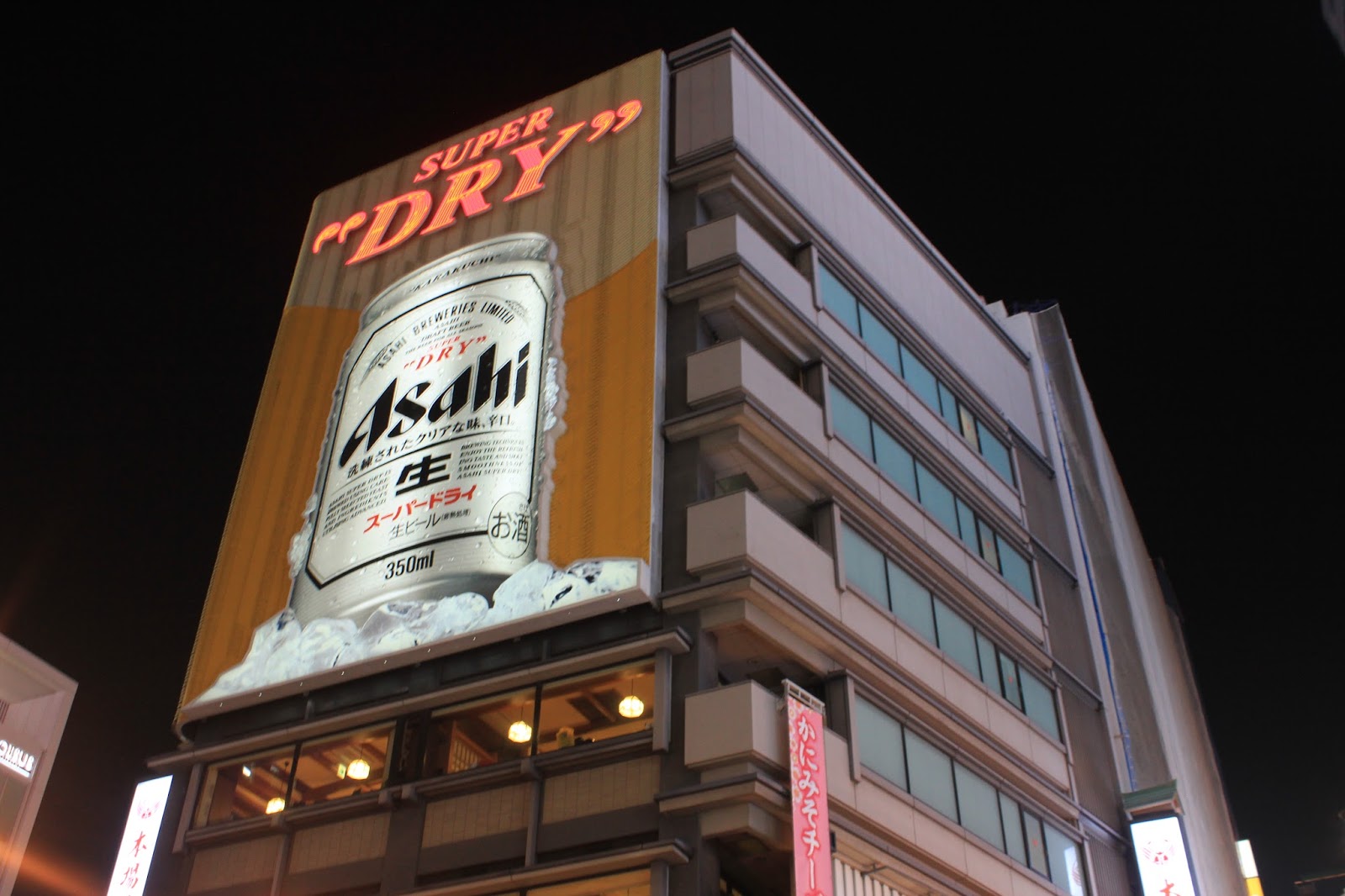 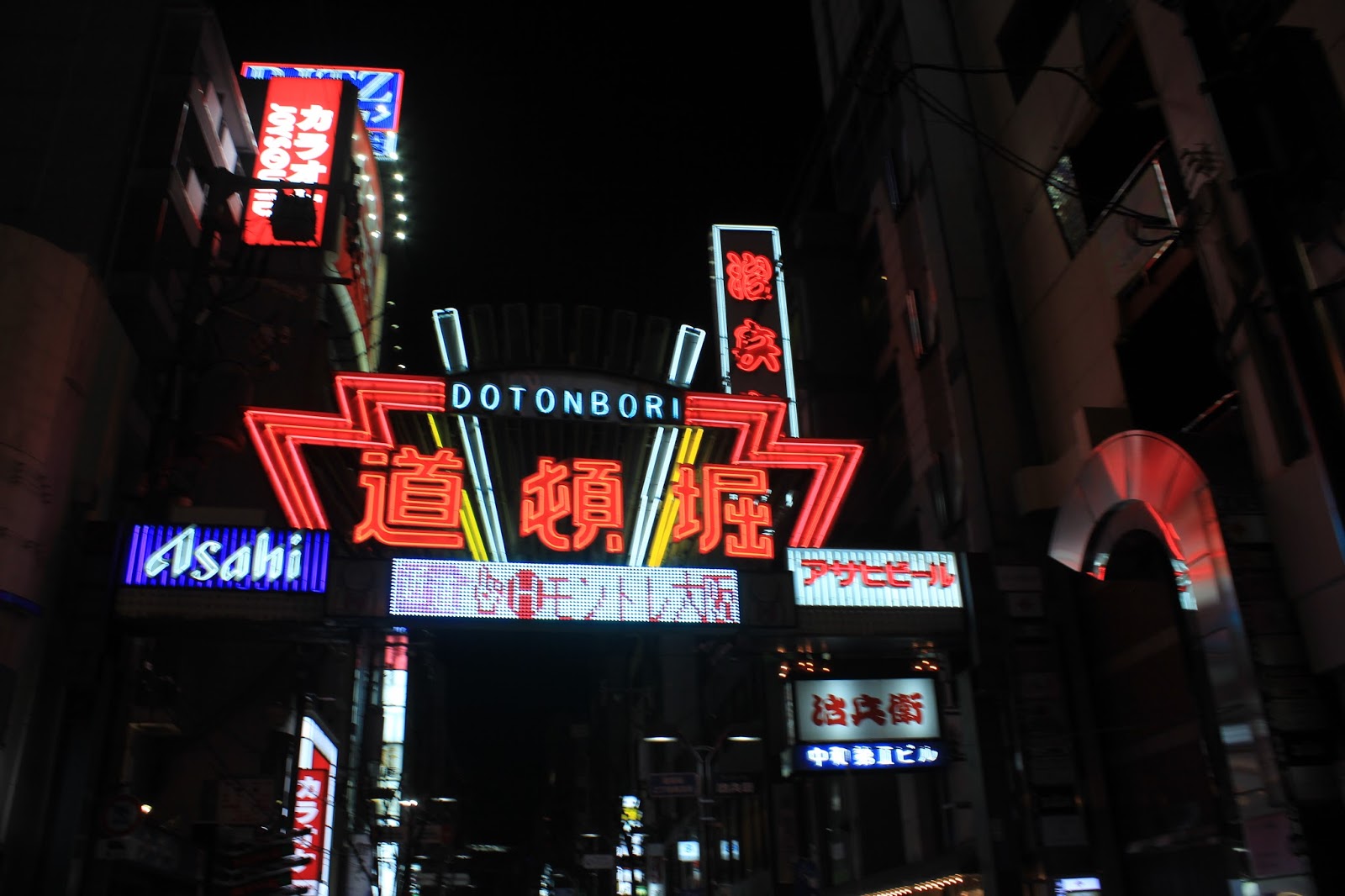 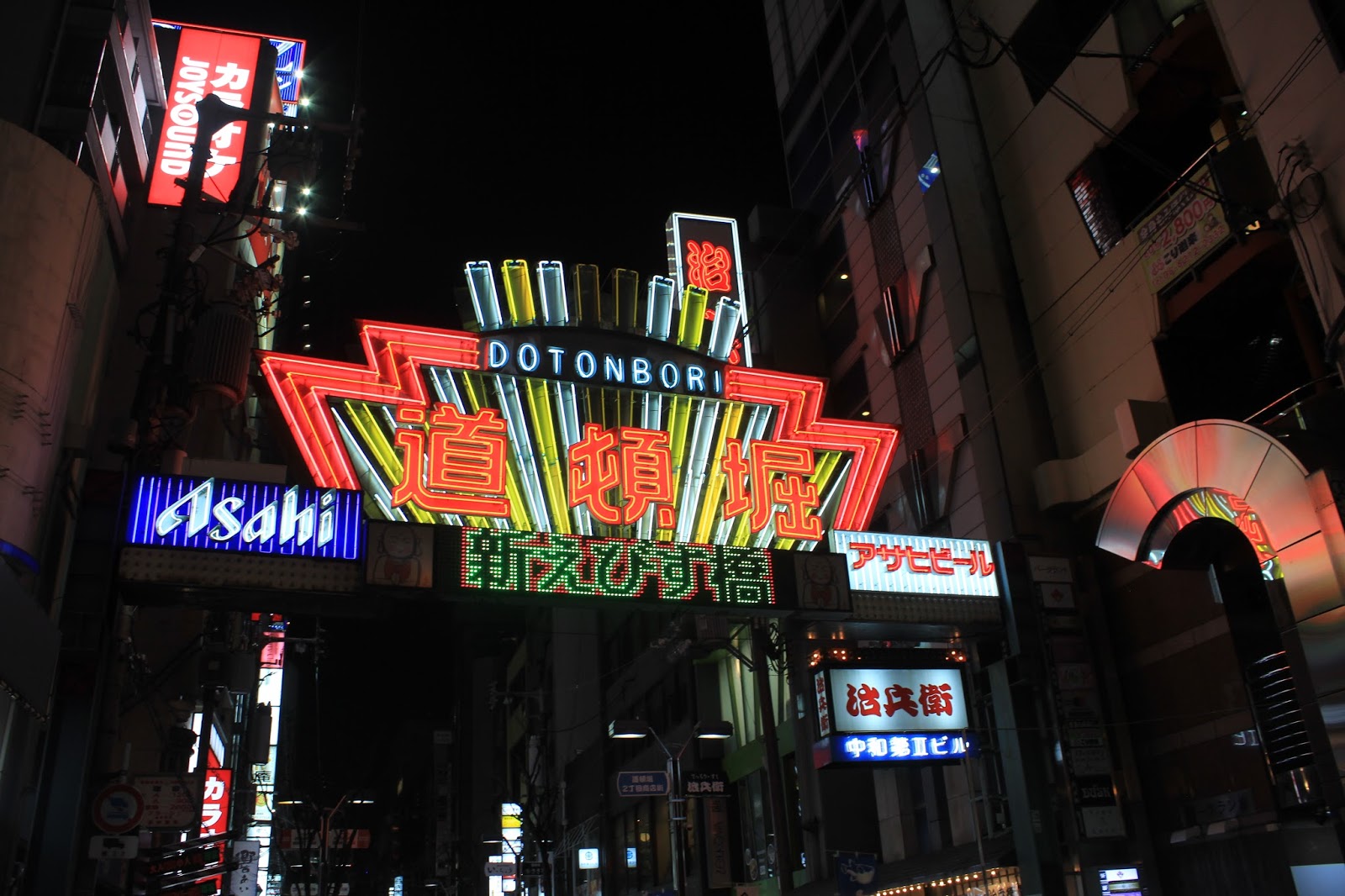 A few more shots of one of the gates to Dotonburi! 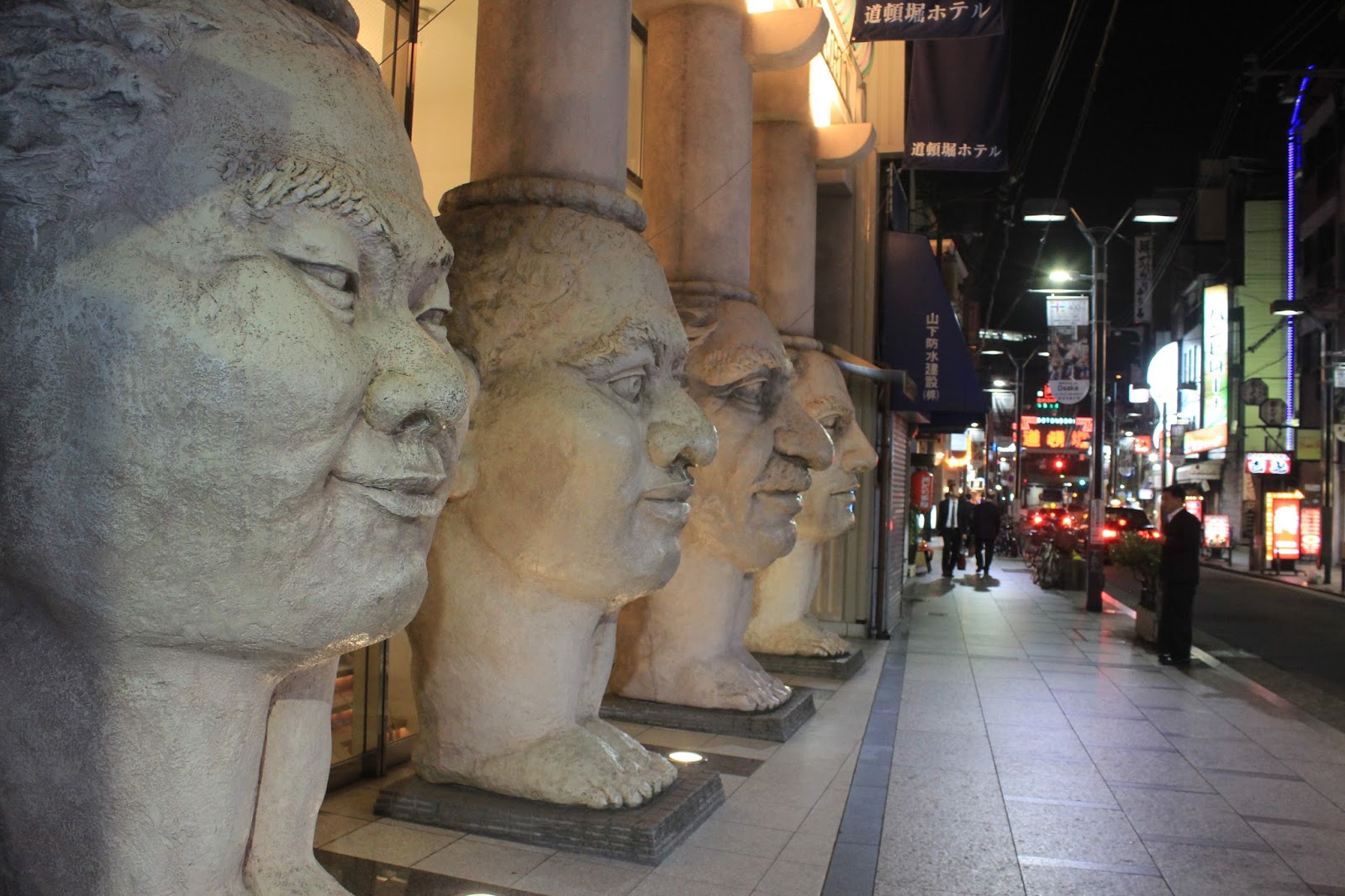 These are outside a hotel, the Dotonburi Namba. Apparently each head is supposed to represent a different race, as to welcome guests from all over the world.

No idea why they’re heads on tiny legs though, oh, and they have arses too. I feel so welcomed. 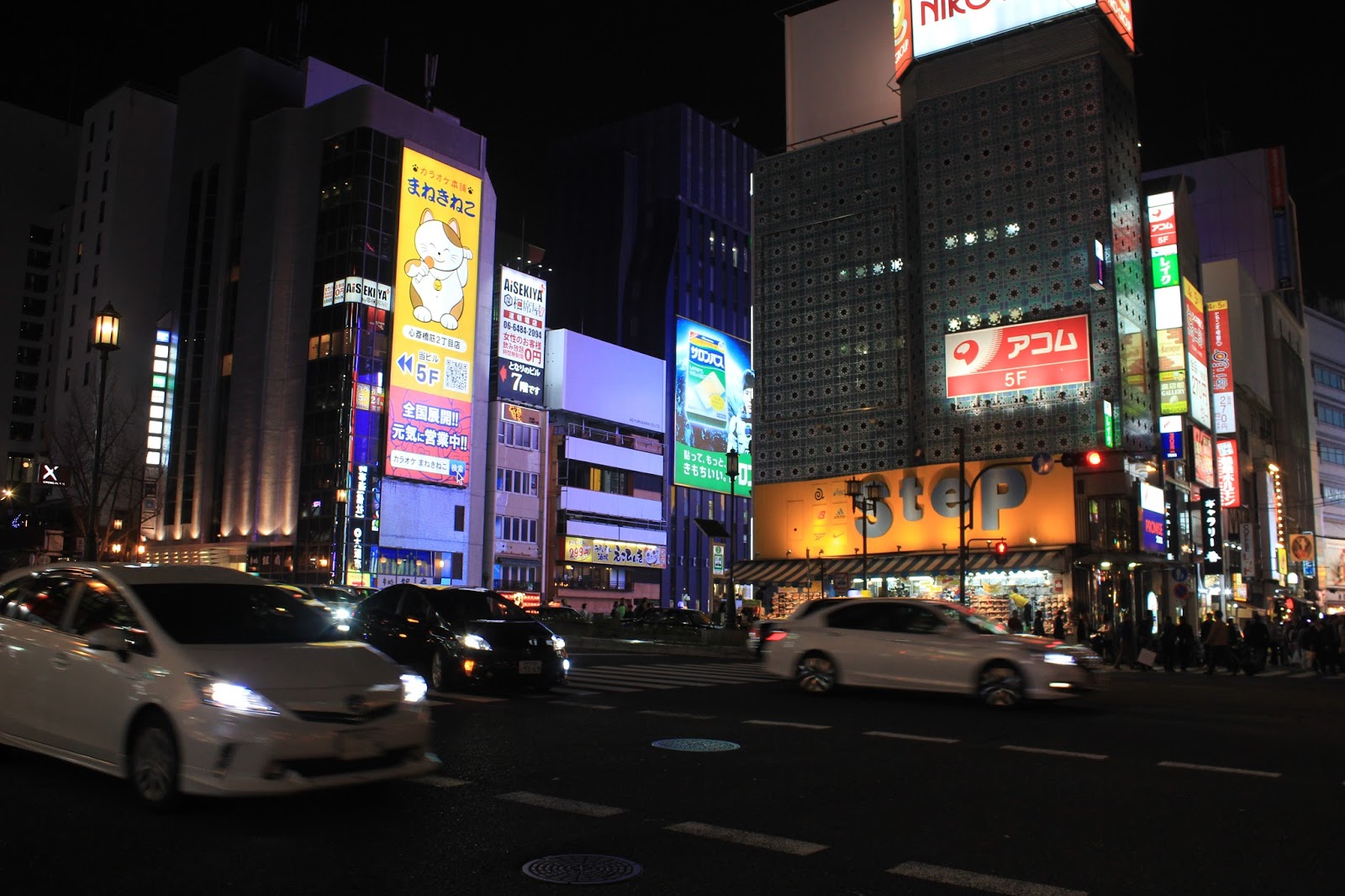 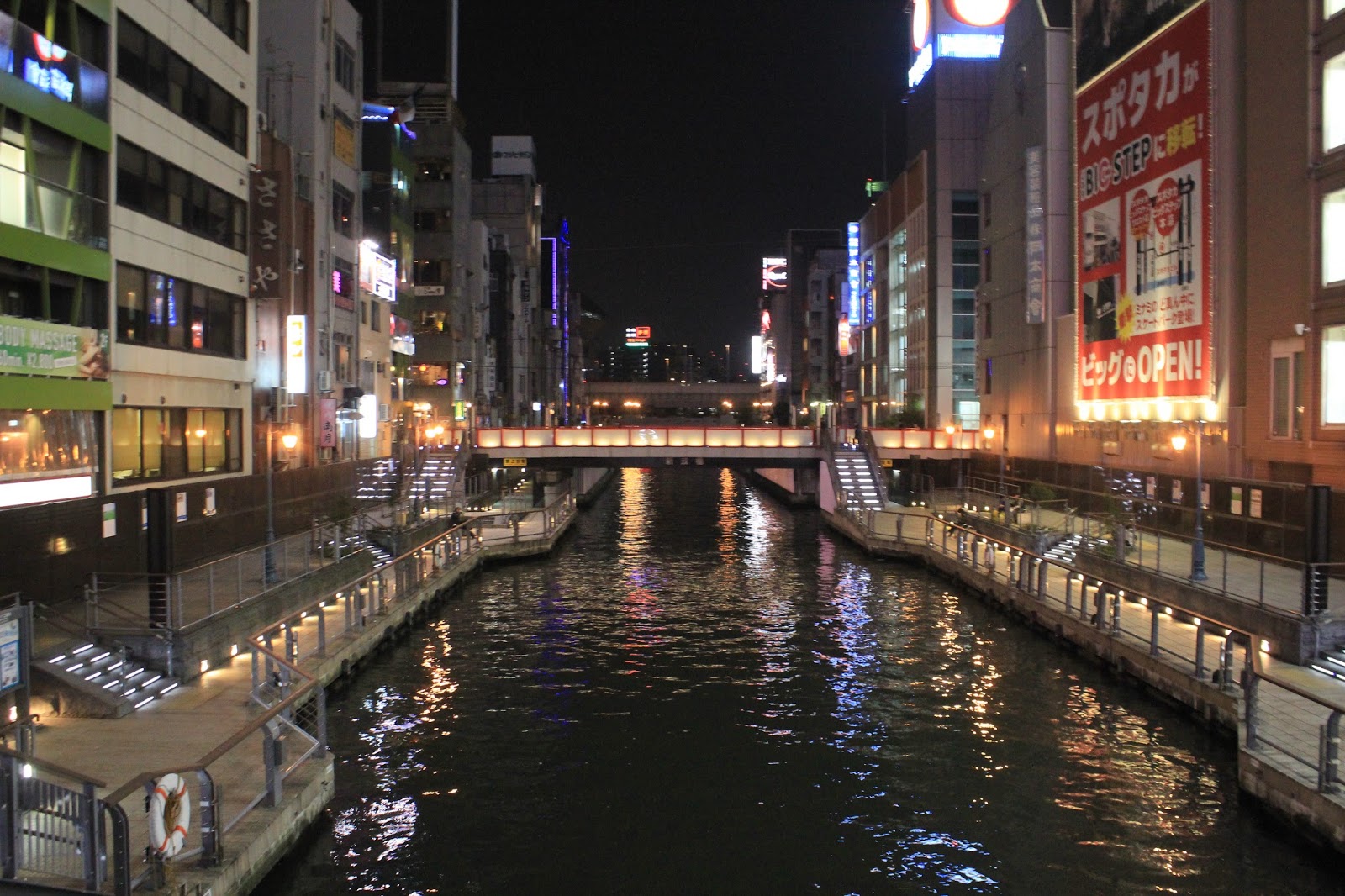 Dotonburi has a river! It’s beautiful, and really clean, which is a change to rivers in England. I’m looking at both the Mersey and the Thames here.

The bridge across is known as the Dotonburi bridge. 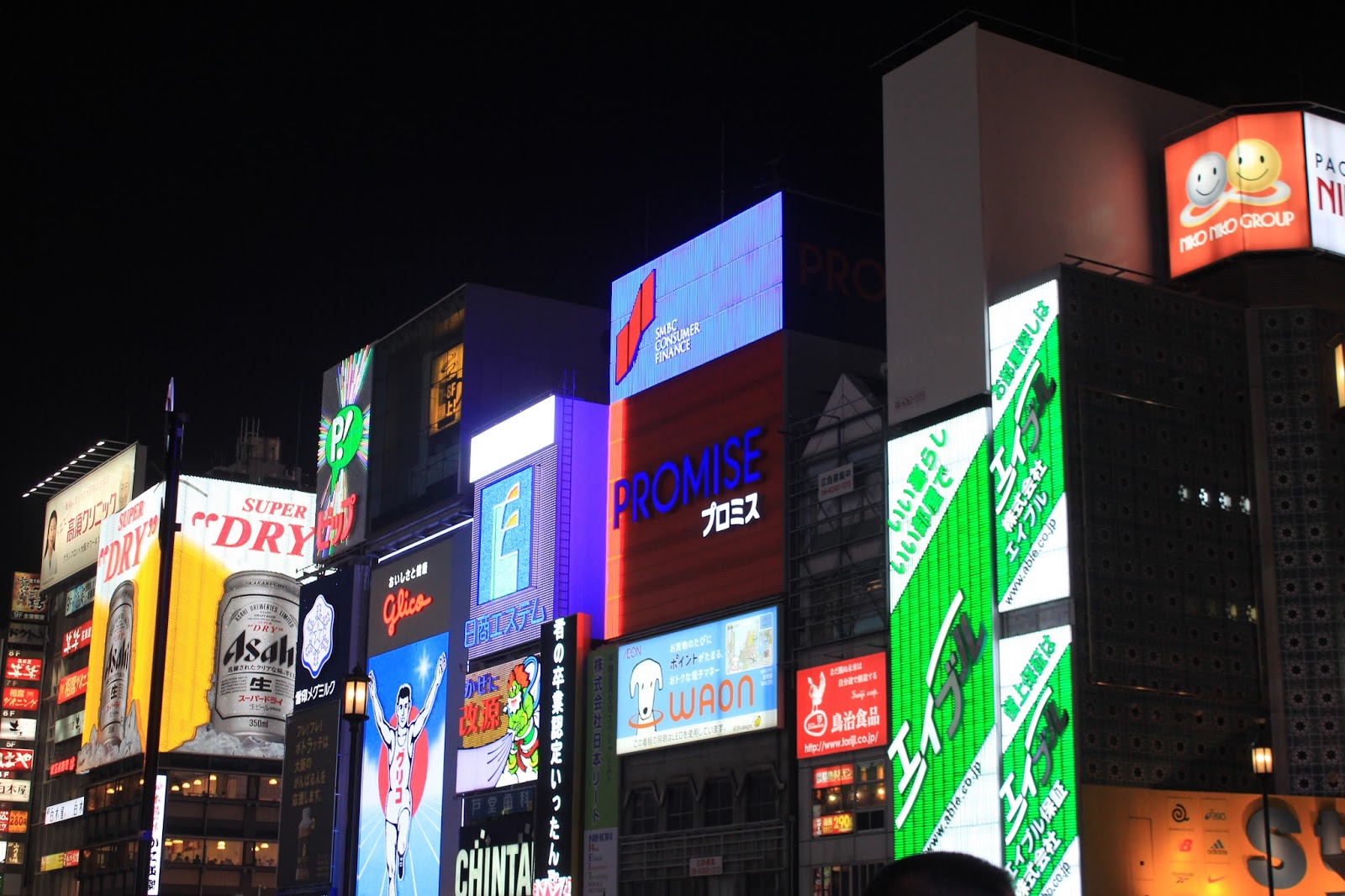 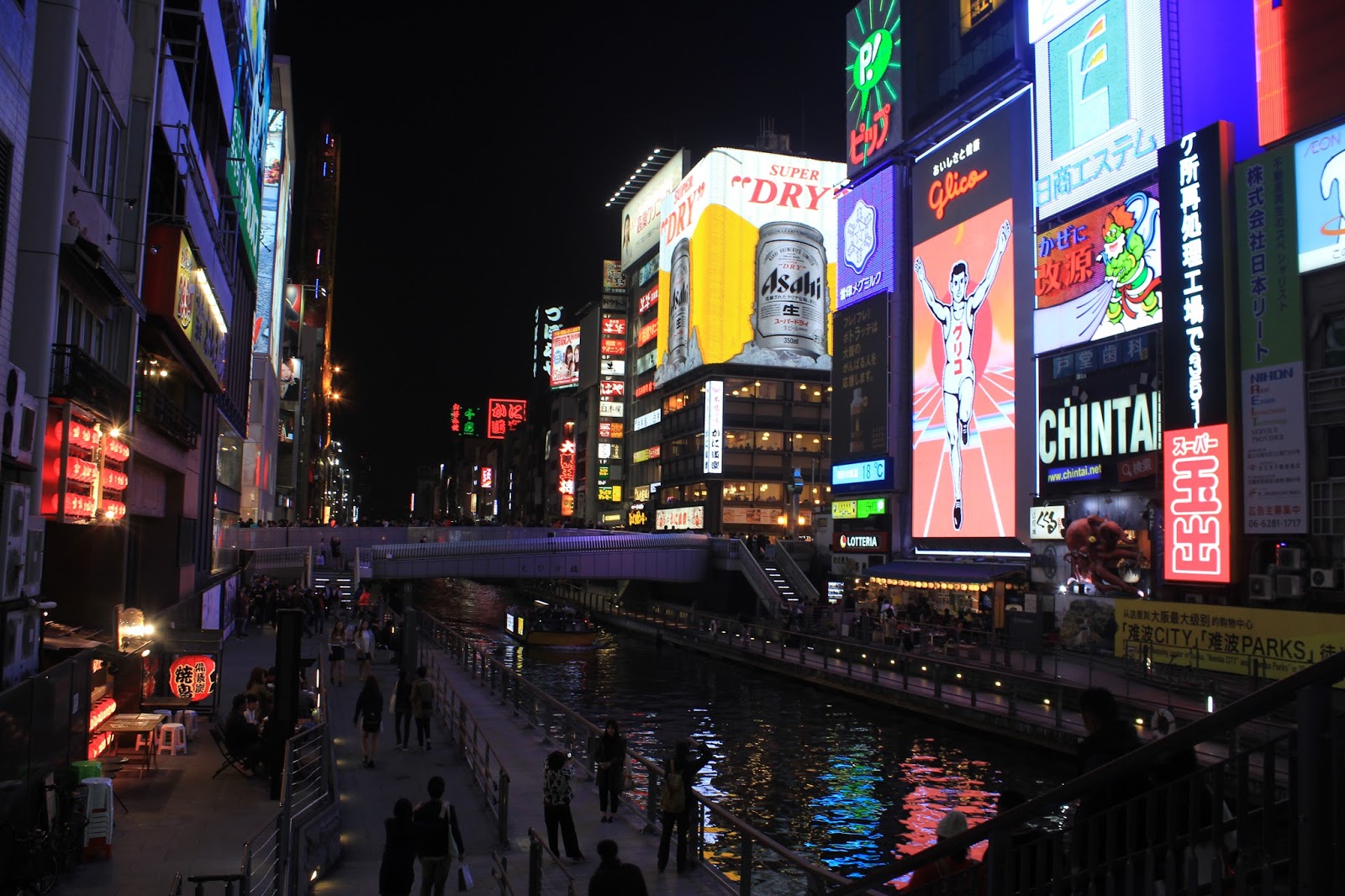 You can see the famous Glico running man! This sign is a very iconic Osaka thing. Glico is a confectionary company, and has had a running man sign in Dotonburi since 1935! This is the sixth version. 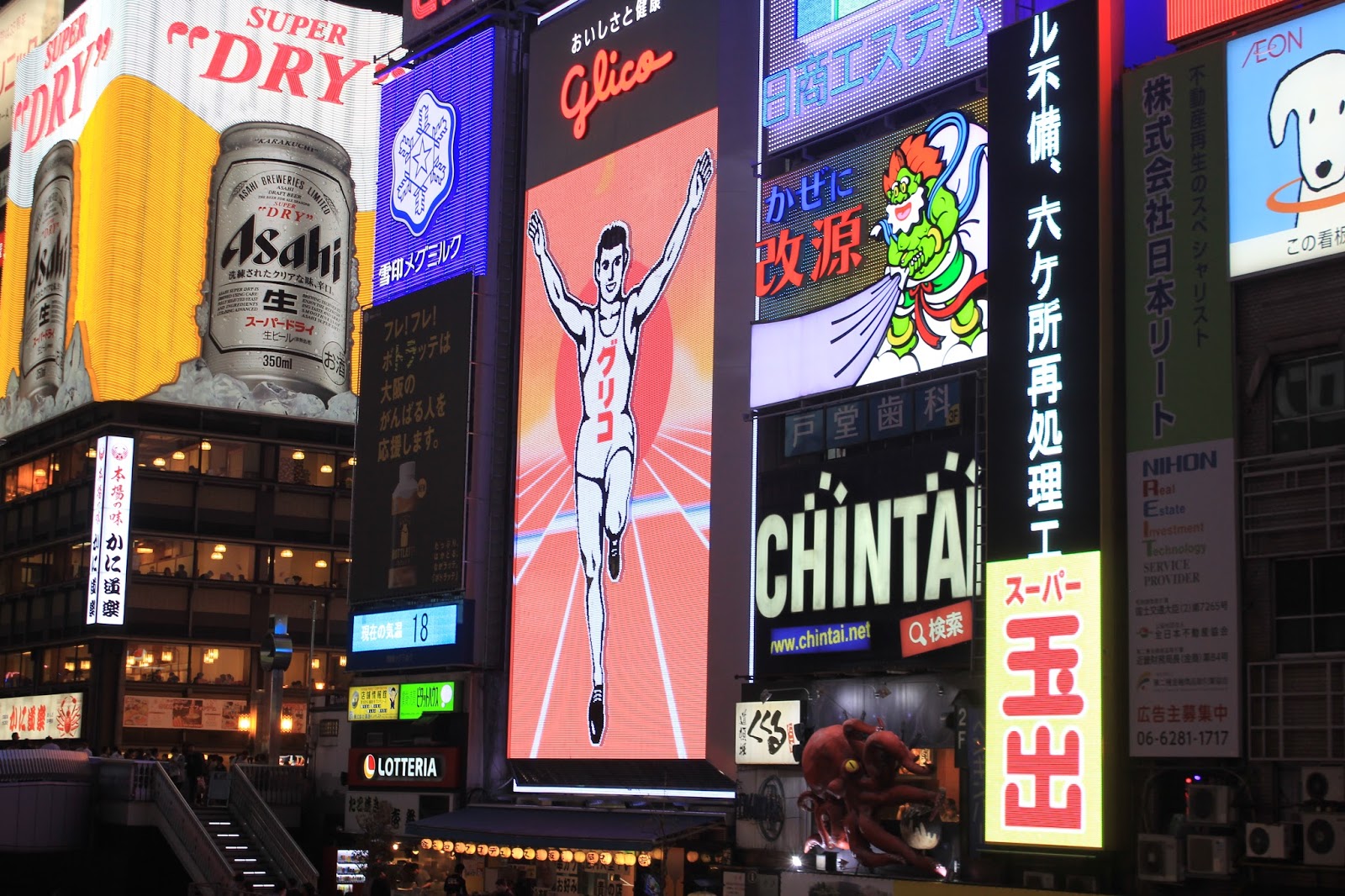 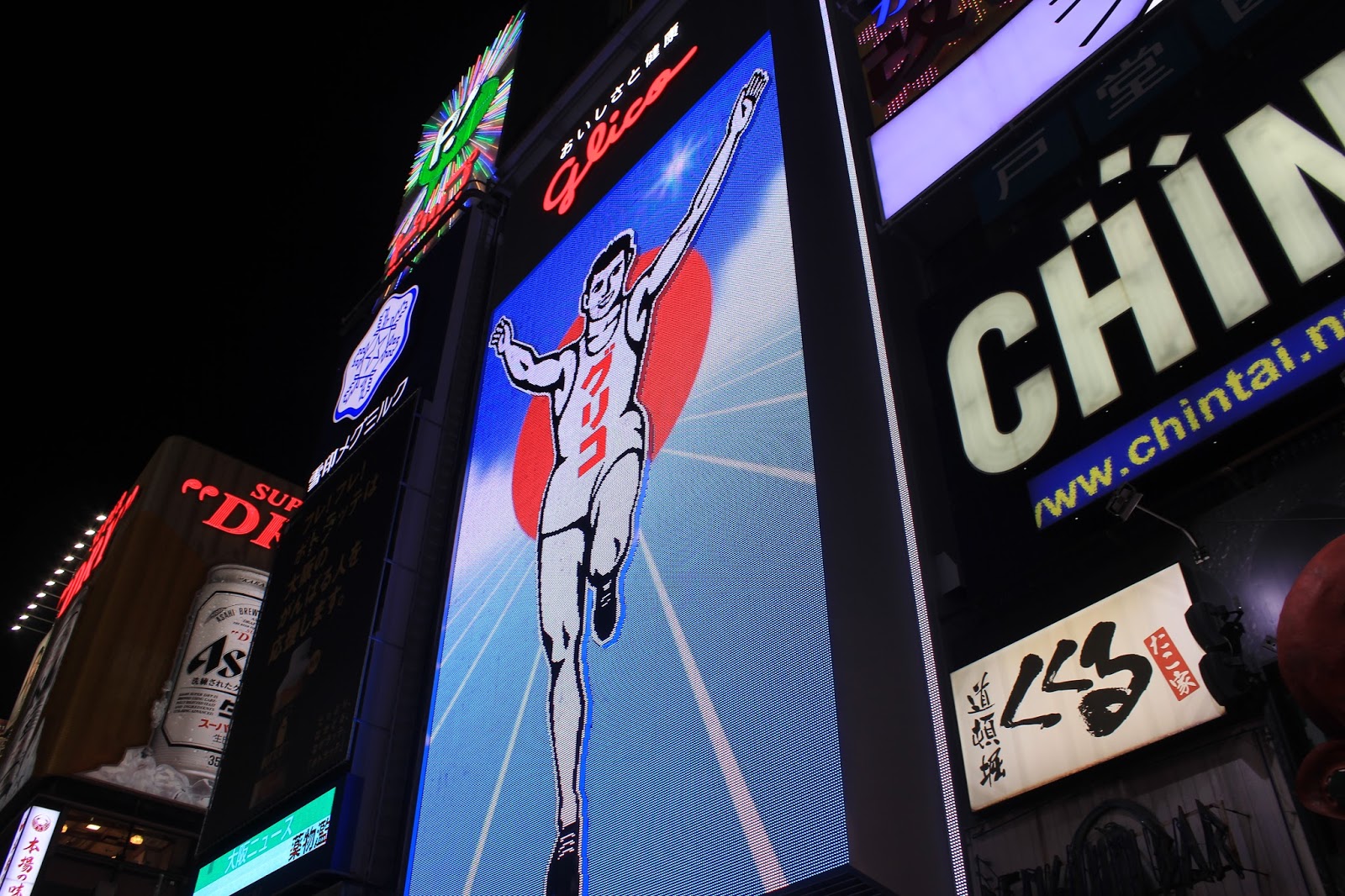 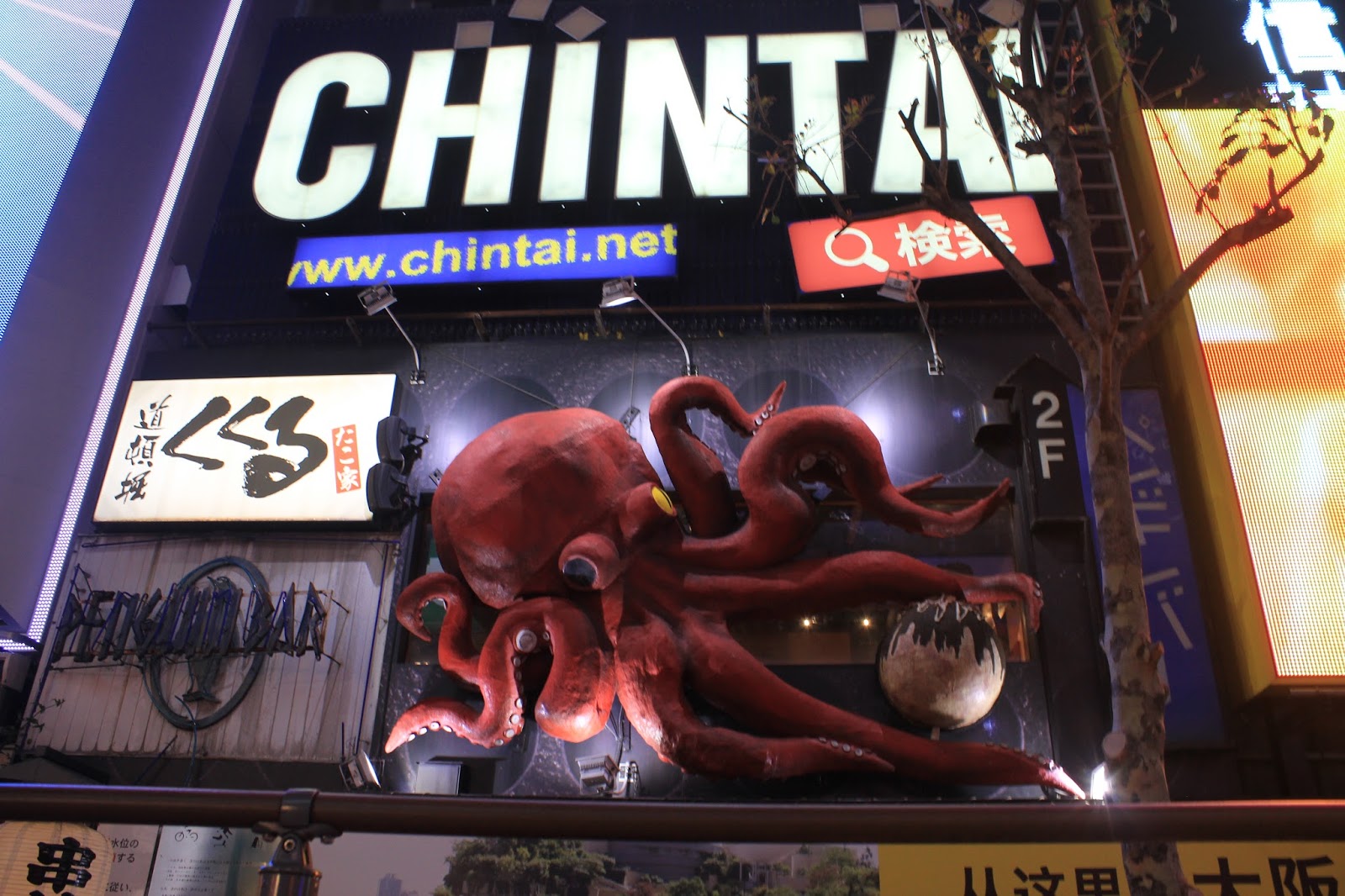 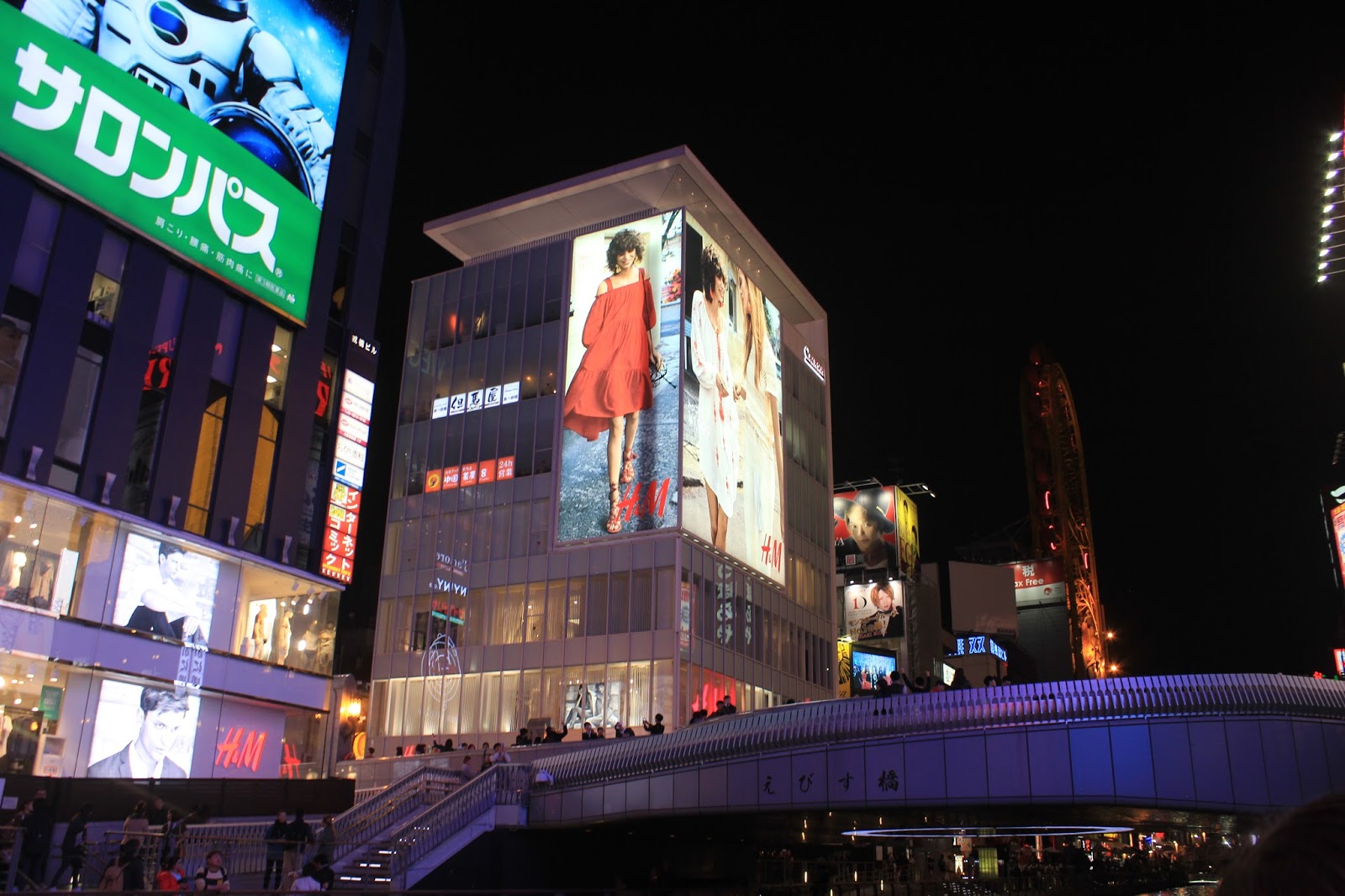 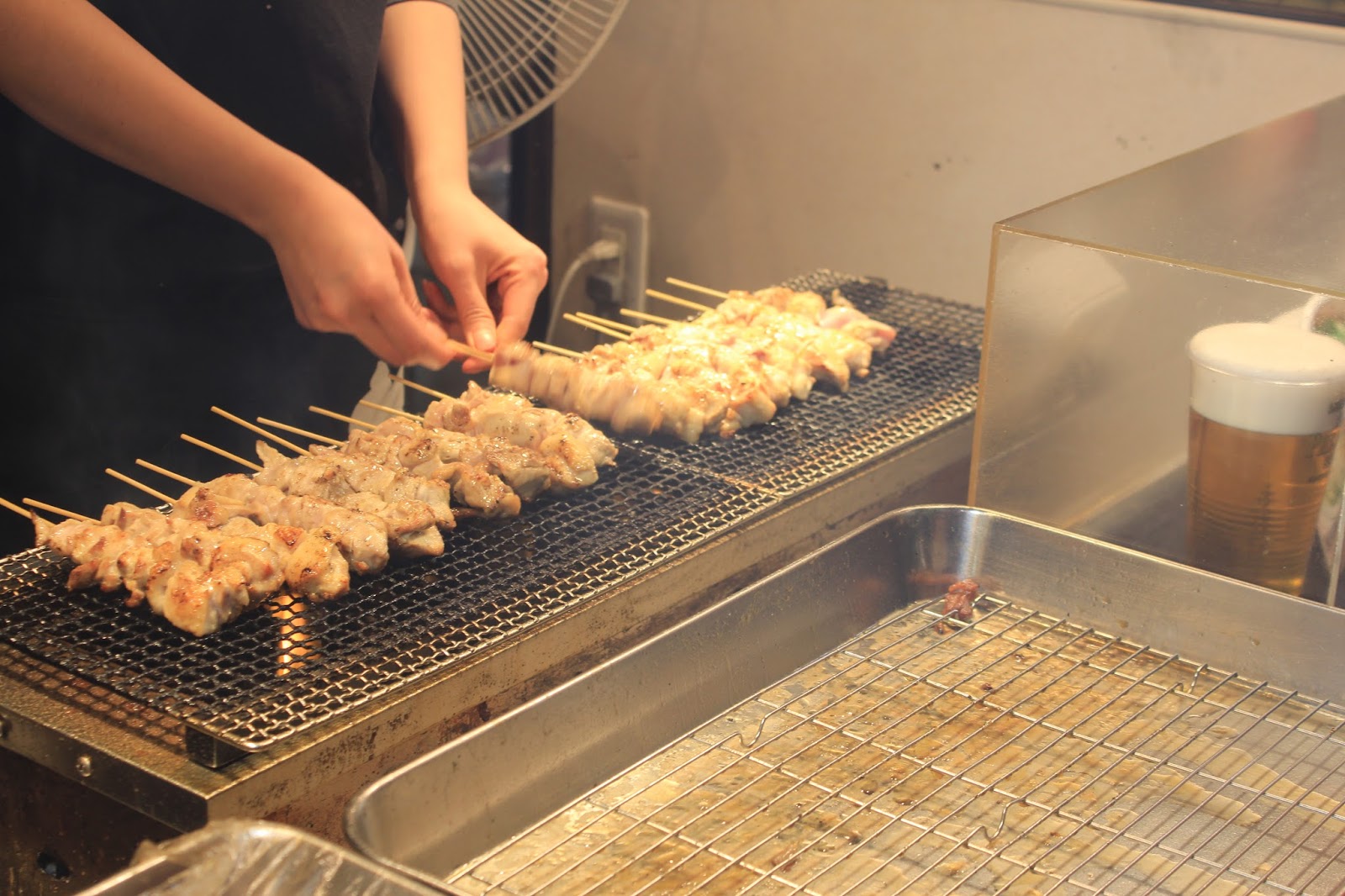 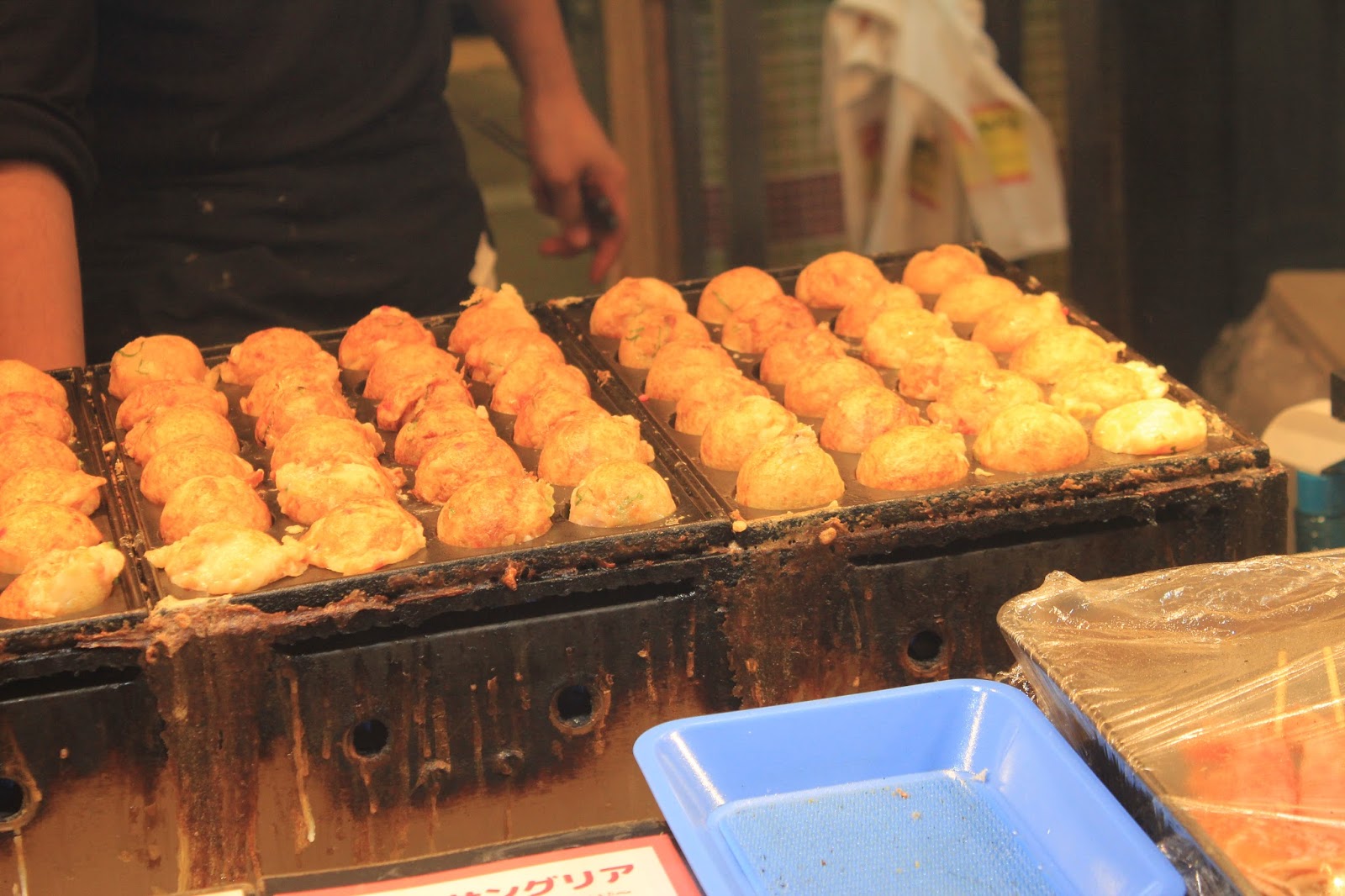 Tori karaage and takoyaki being cooked away by a street vendor! 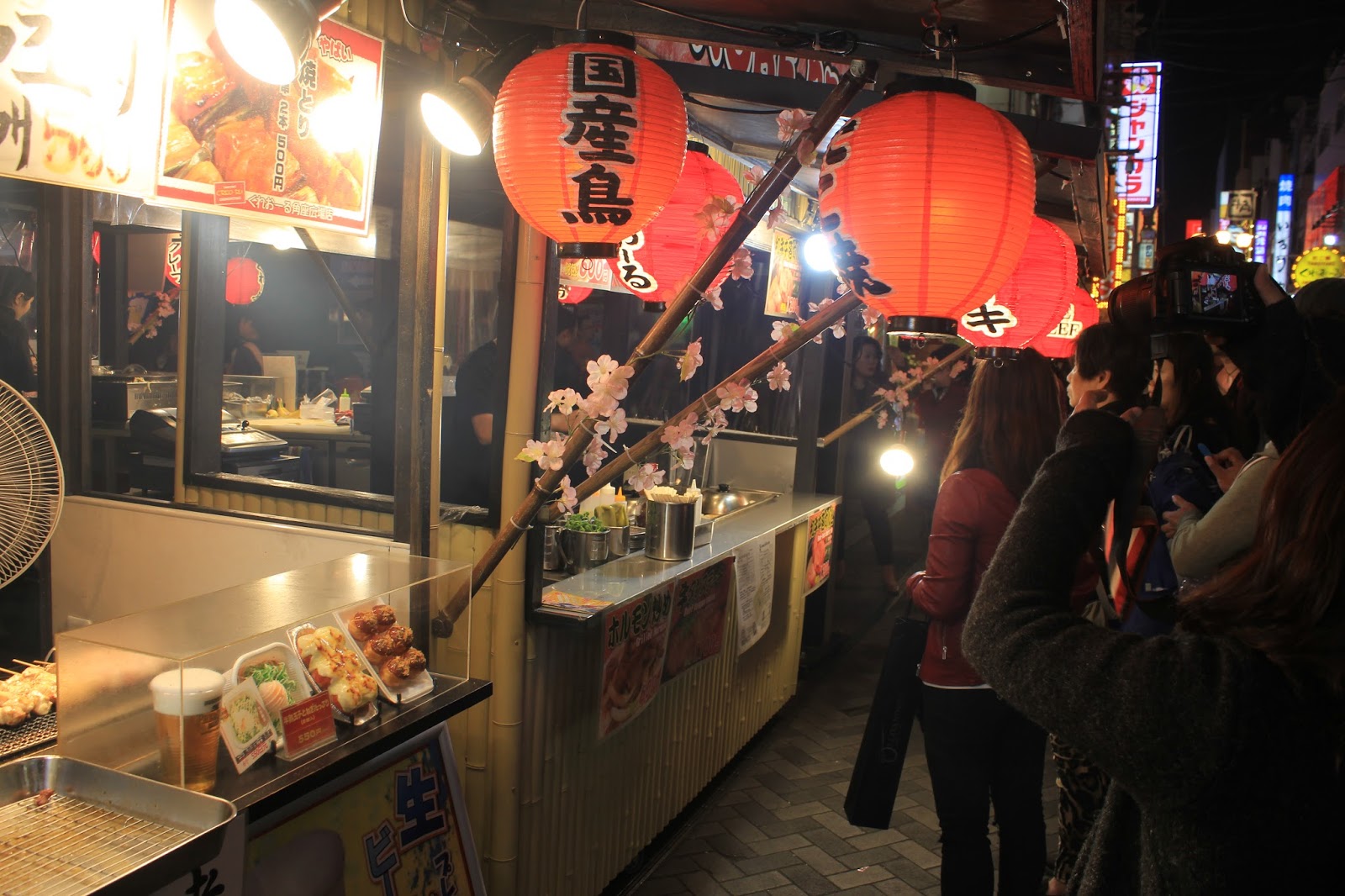 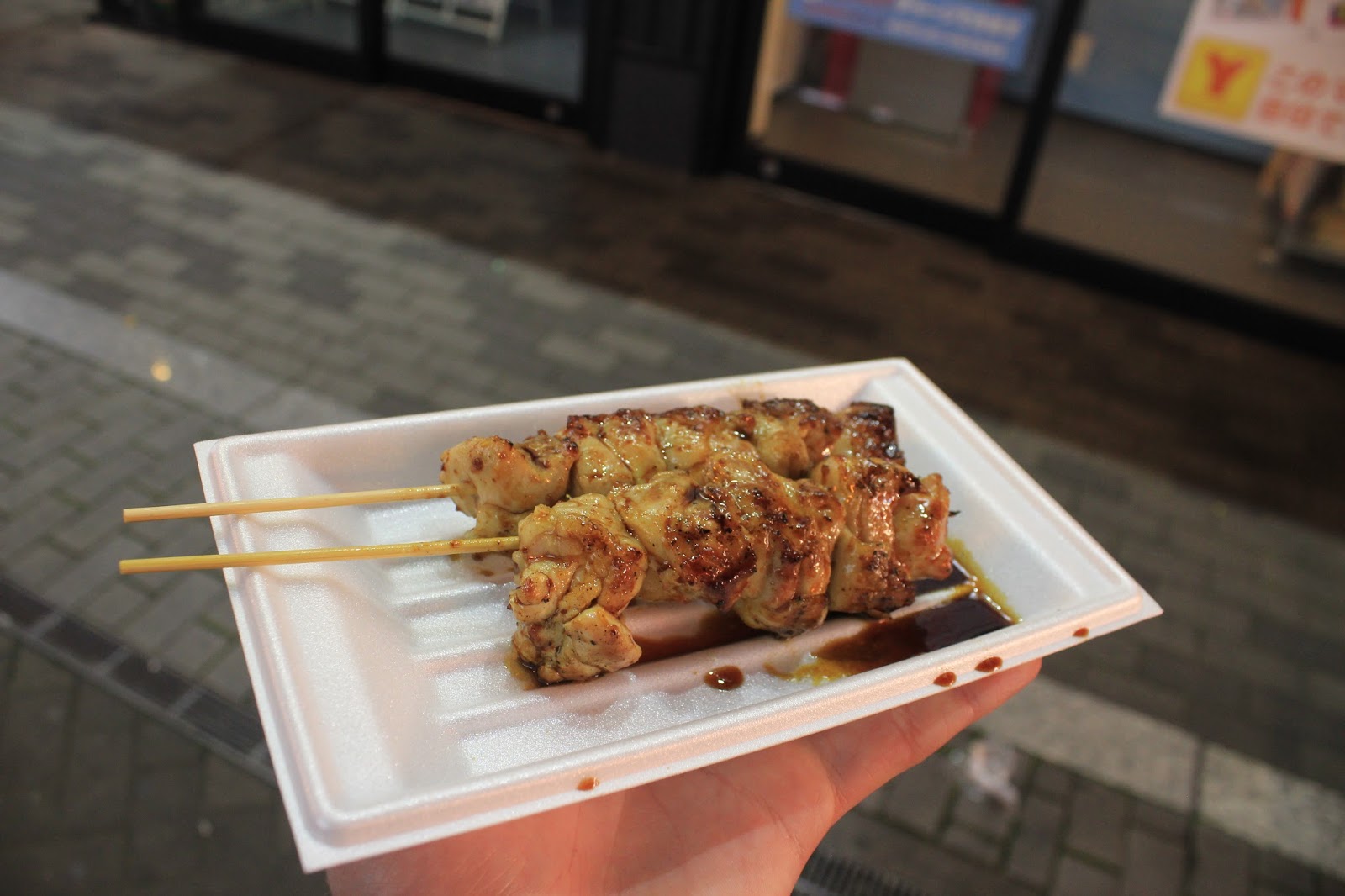 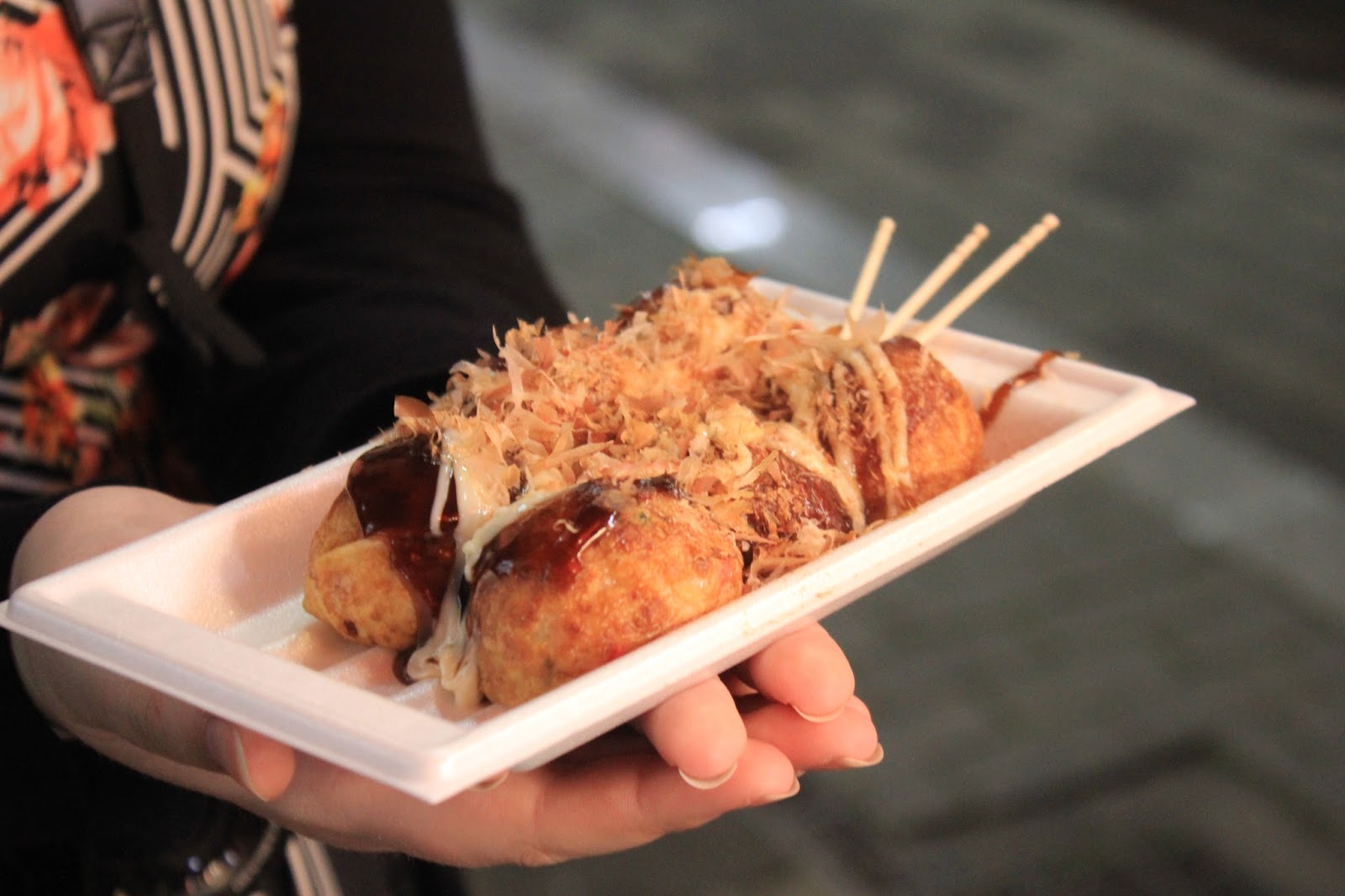 We ended up getting some karaage, it was GREAT! 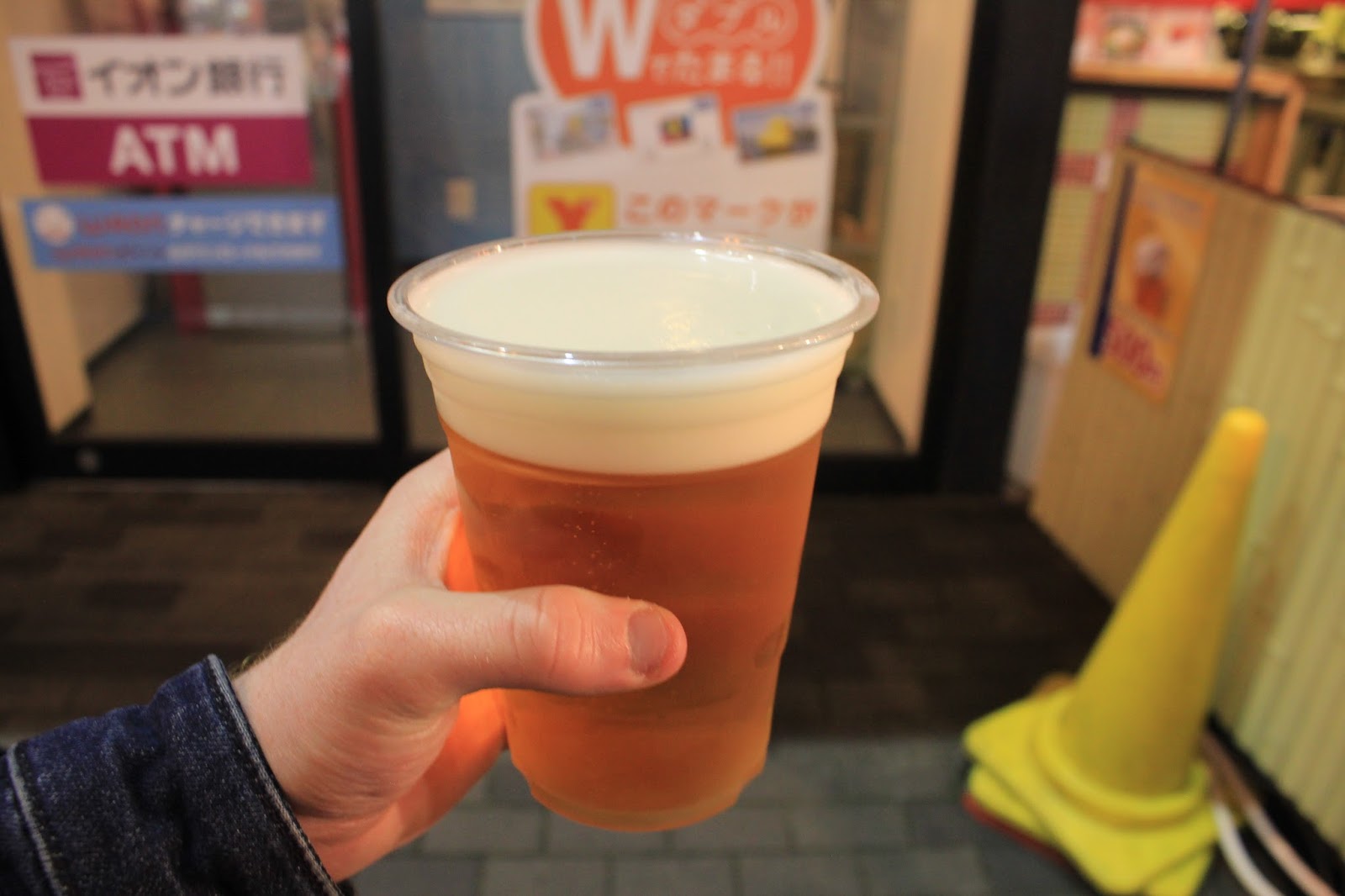 And finally, I don’t drink beer very often as it always makes me feel gross after one, however, this god damn beer is the best I have tasted in my entire life. I still think about it all the time, if I ever have a pint now, I just remember that it isn’t Suntory Premium Malt and it isn’t worth having.

Oh Me Oh My // Goodness Gracious