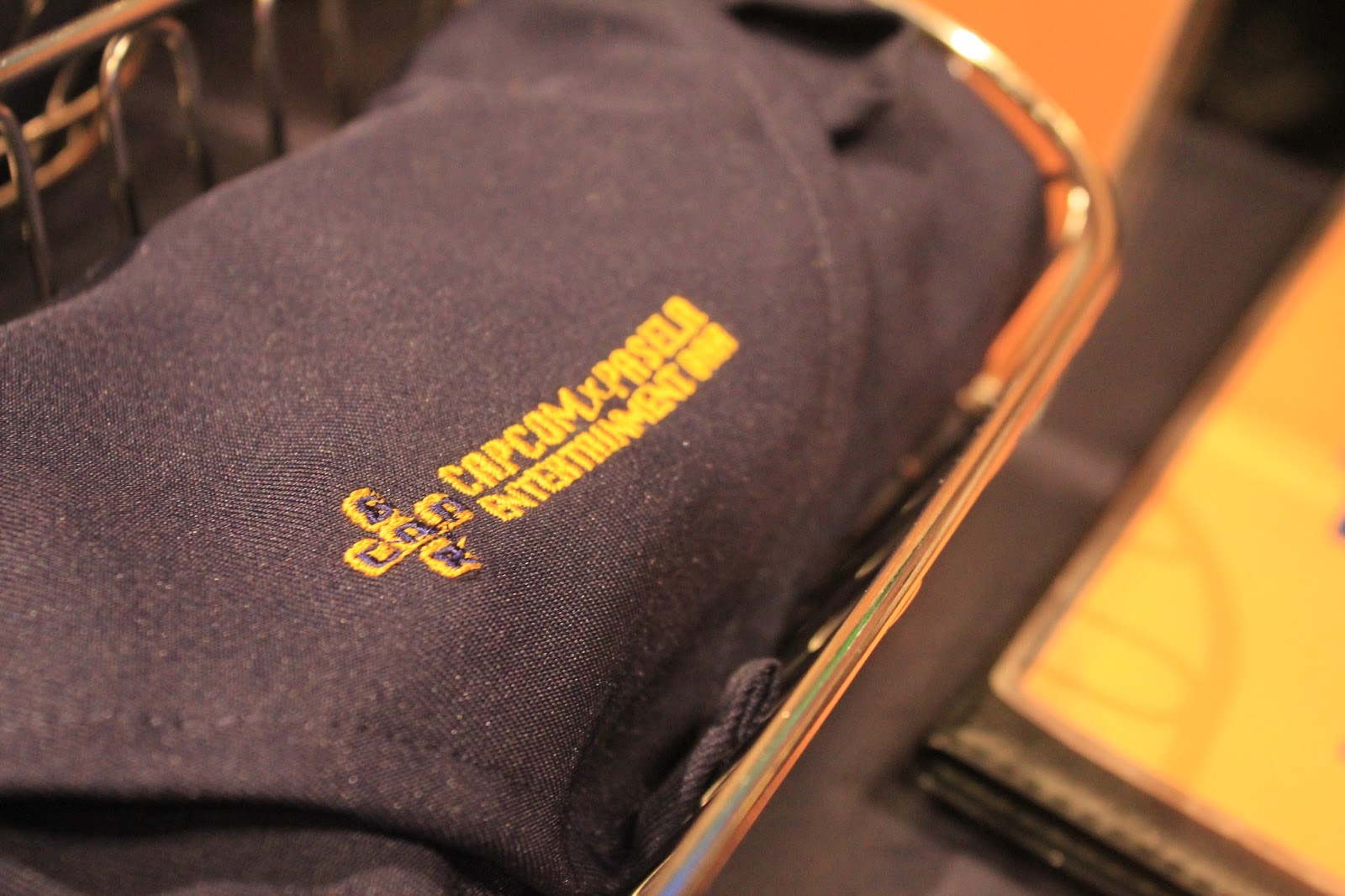 Today I’m covering our visit to the Capcom Bar in Shinjuku, Tokyo.

The aptly named bar is themed with all sorts of Capcom games, such as the Phoenix Wright series, Sengoku Basara, Street Fighter and Resident Evil.

I’m not the biggest gamer, and whilst I’ve dabbled in a few of these, I wouldn’t say I were a fan of any and so a lot of the charm was lost on me. It was an interesting restaurant/bar to visit anyway!

I don’t have many pictures of this as the lighting was not great, plus it was rather cramped, so it wasn’t easy to get up and move around for photographs. 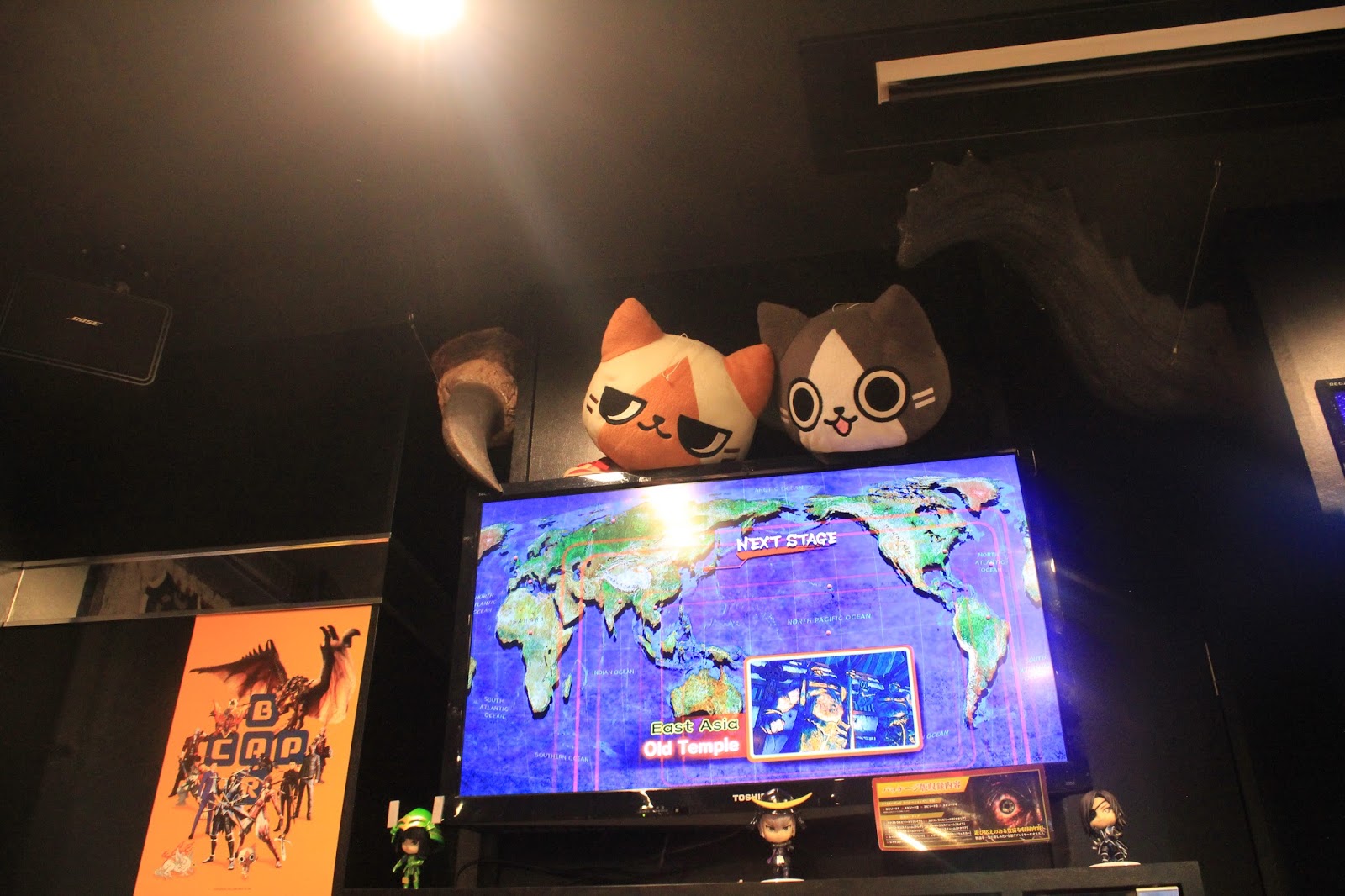 The bar is located in a really nondescript building in Shinjuku, so make sure to properly map it beforehand. Due to how crowded Tokyo is, a lot of companies will share buildings and so what you’re looking for may not be as obvious as you would expect from the outside.

You must book a table, make sure you do this! It is reservation only.

We had no trouble with booking our table a few days in advance. 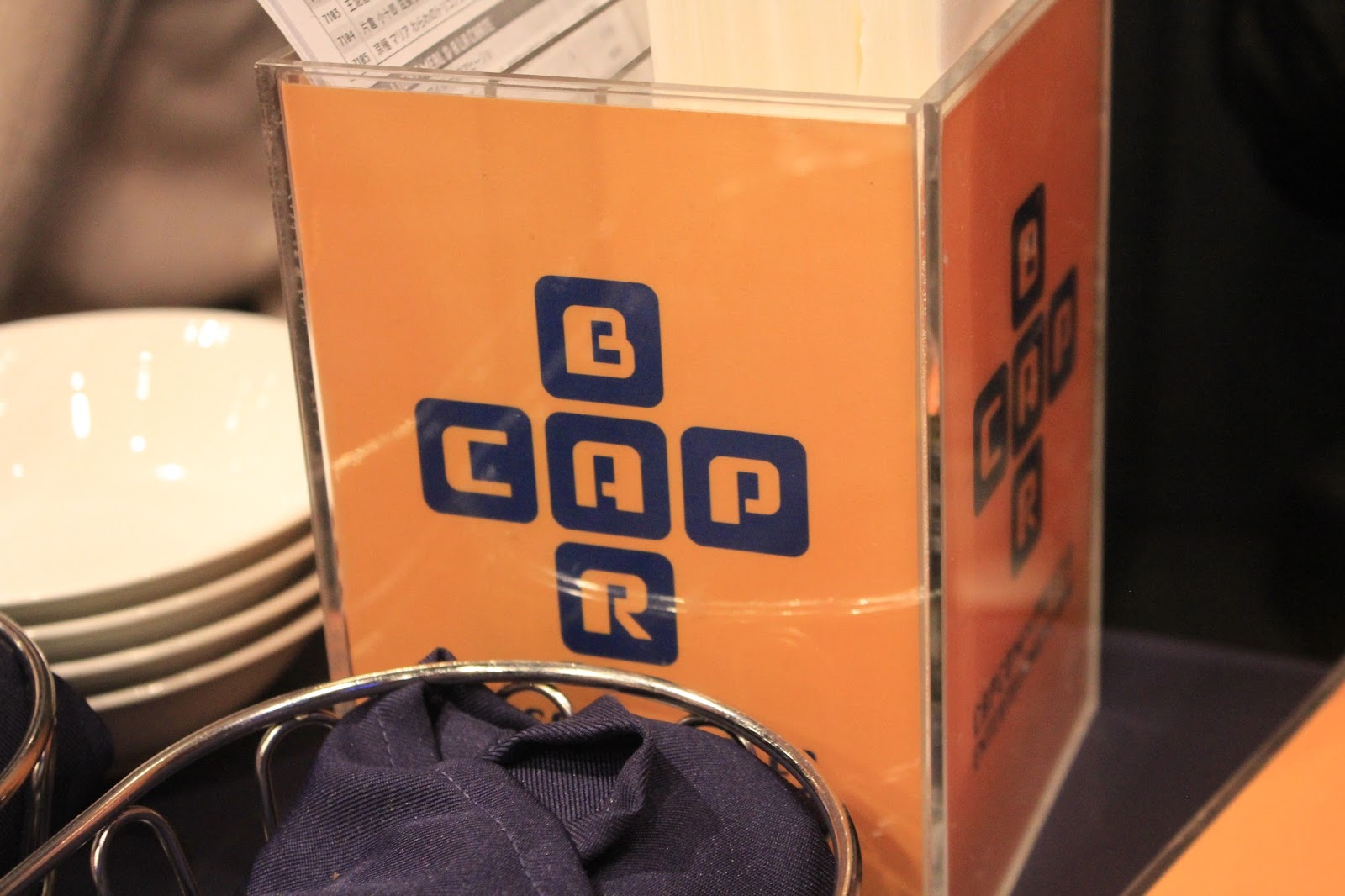 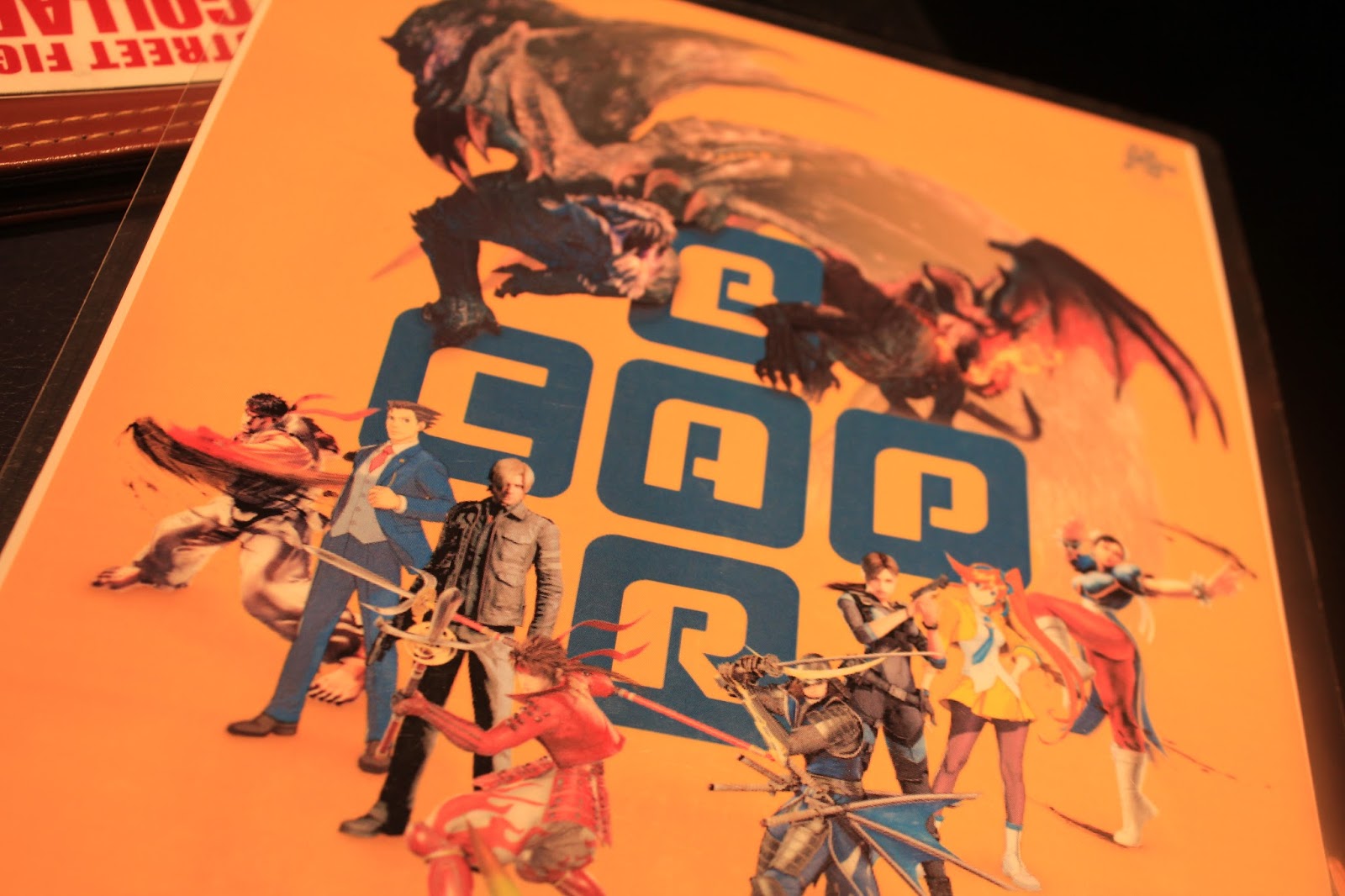 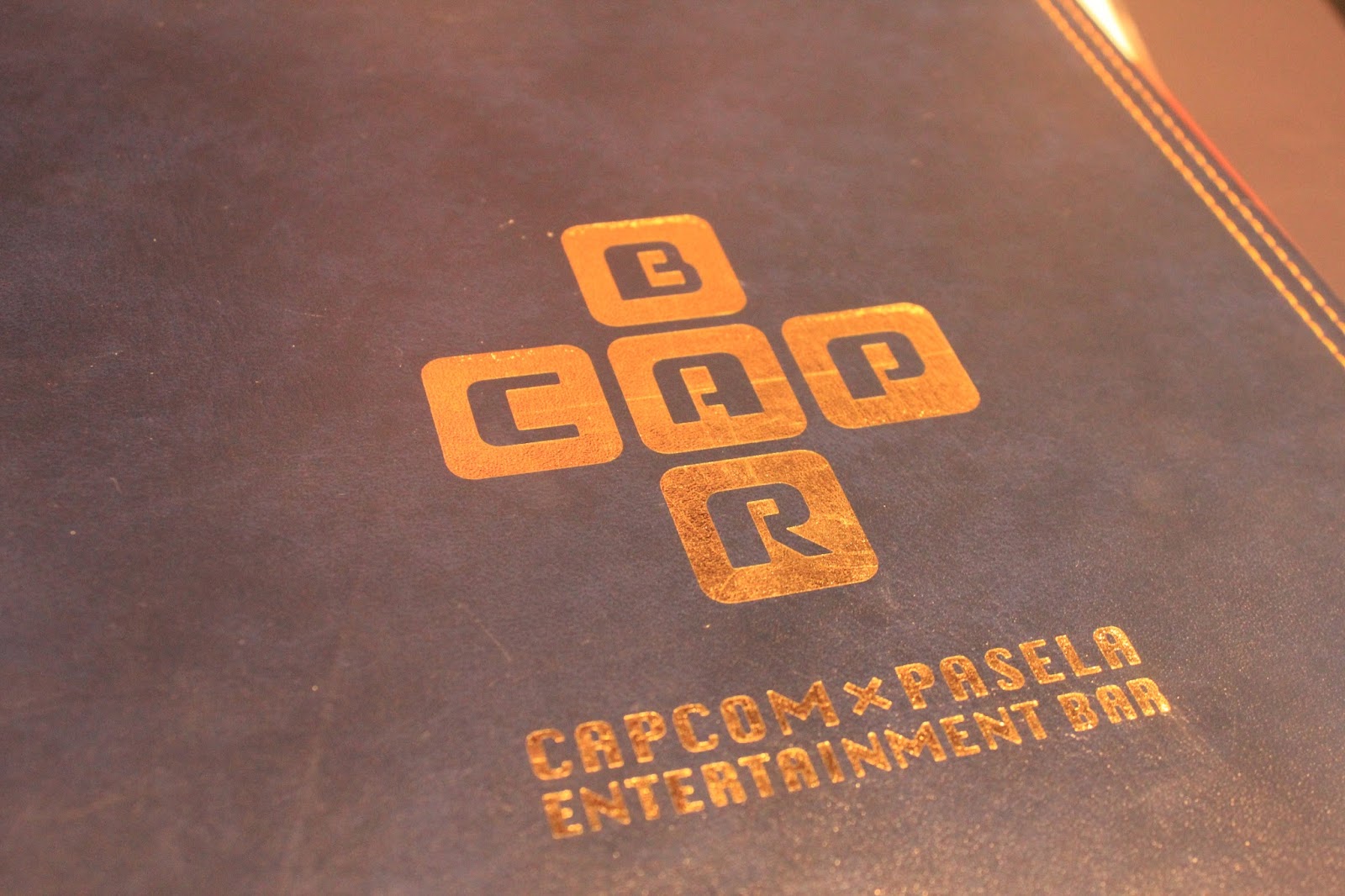 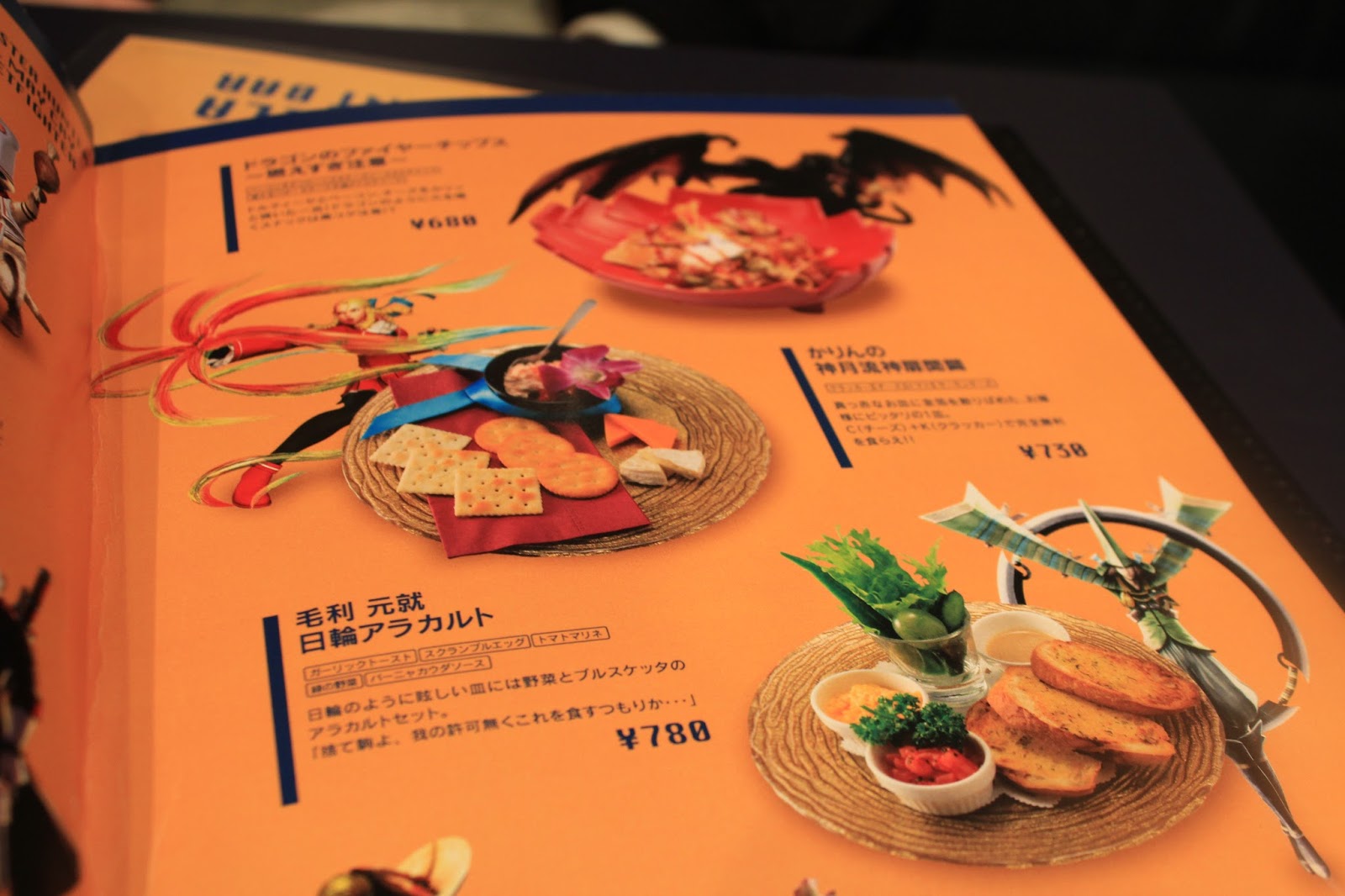 Even though it is technically the Capcom ‘Bar’ it serves food, that ranges from full meals, desserts to snacks! 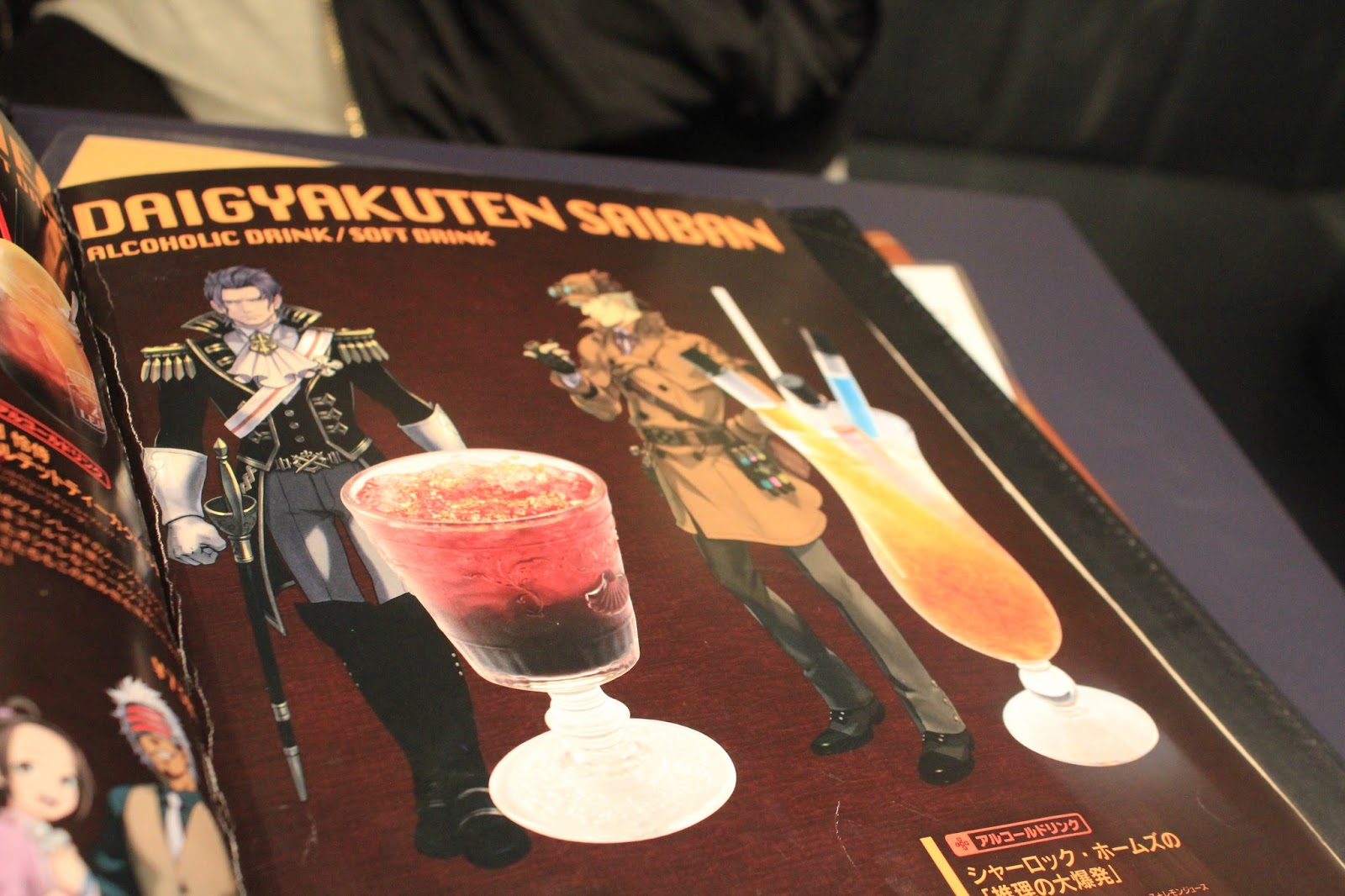 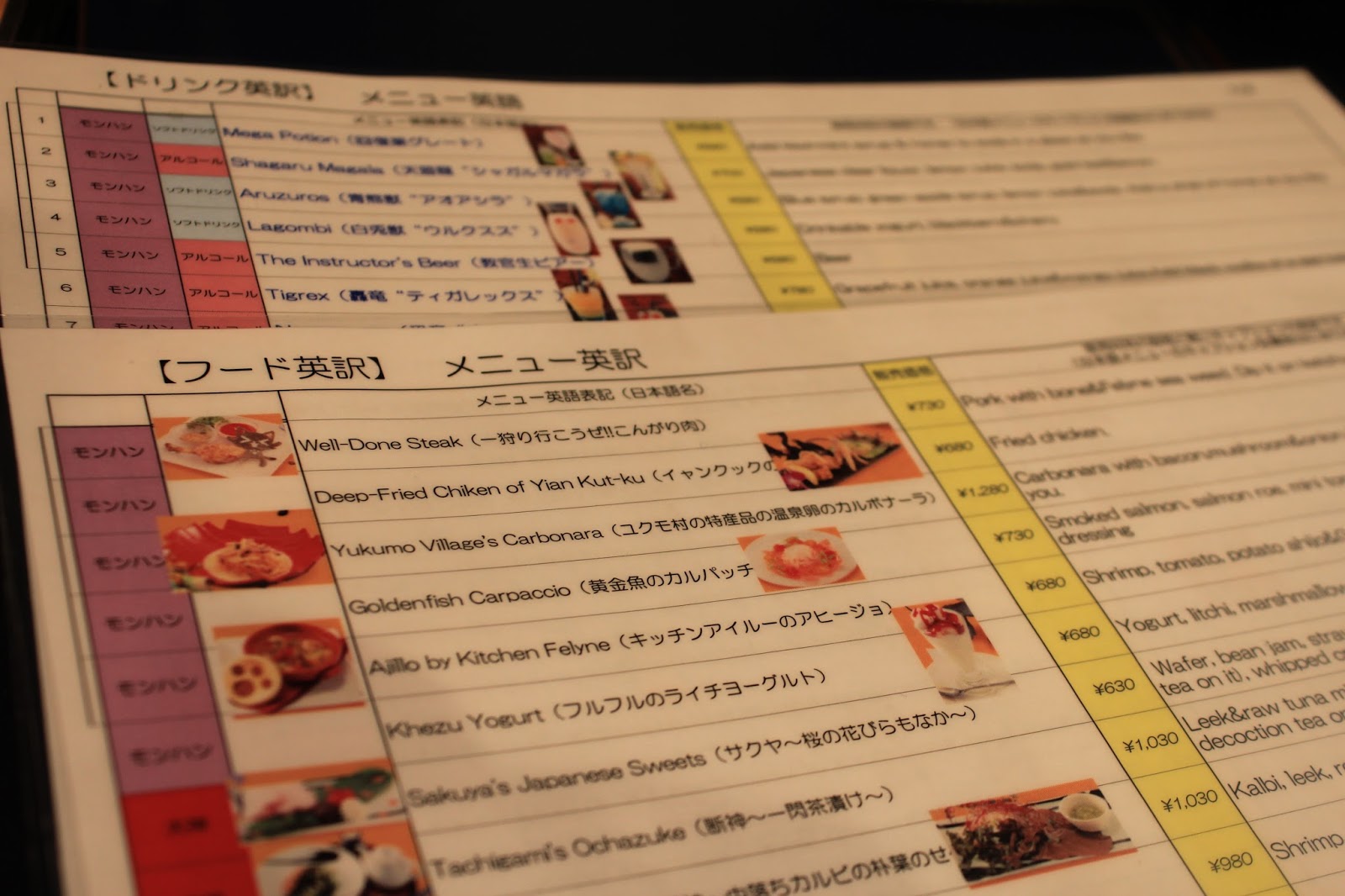 You fill out a sheet to order, rather than ordering via staff, though I believe you can still do that!

It is policy to order everything at once, including any exclusive merchandise you would like (though most of it was sold out for our visit), but they were lenient on this policy. 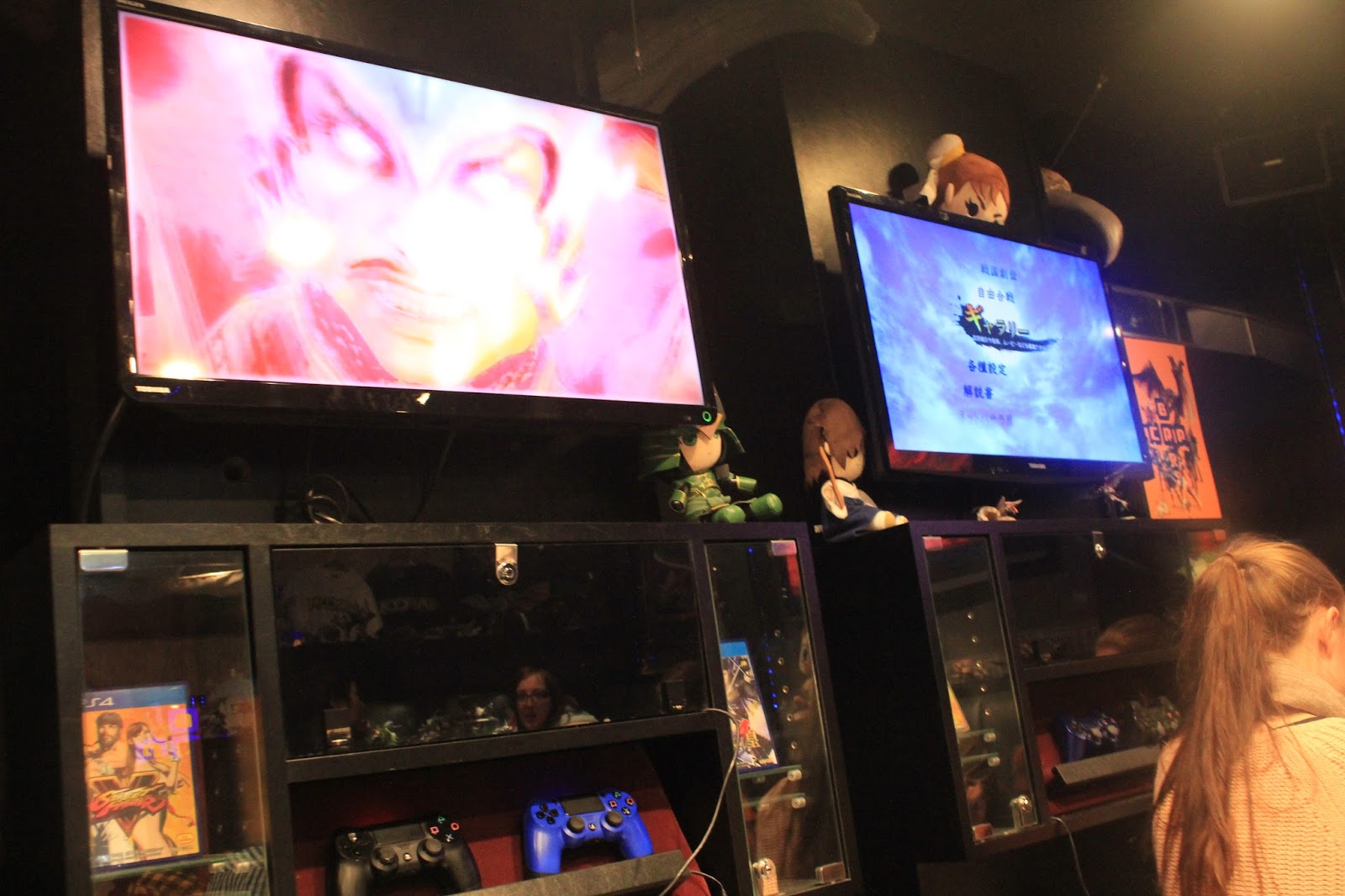 You can play Capcom games as you eat and drink! 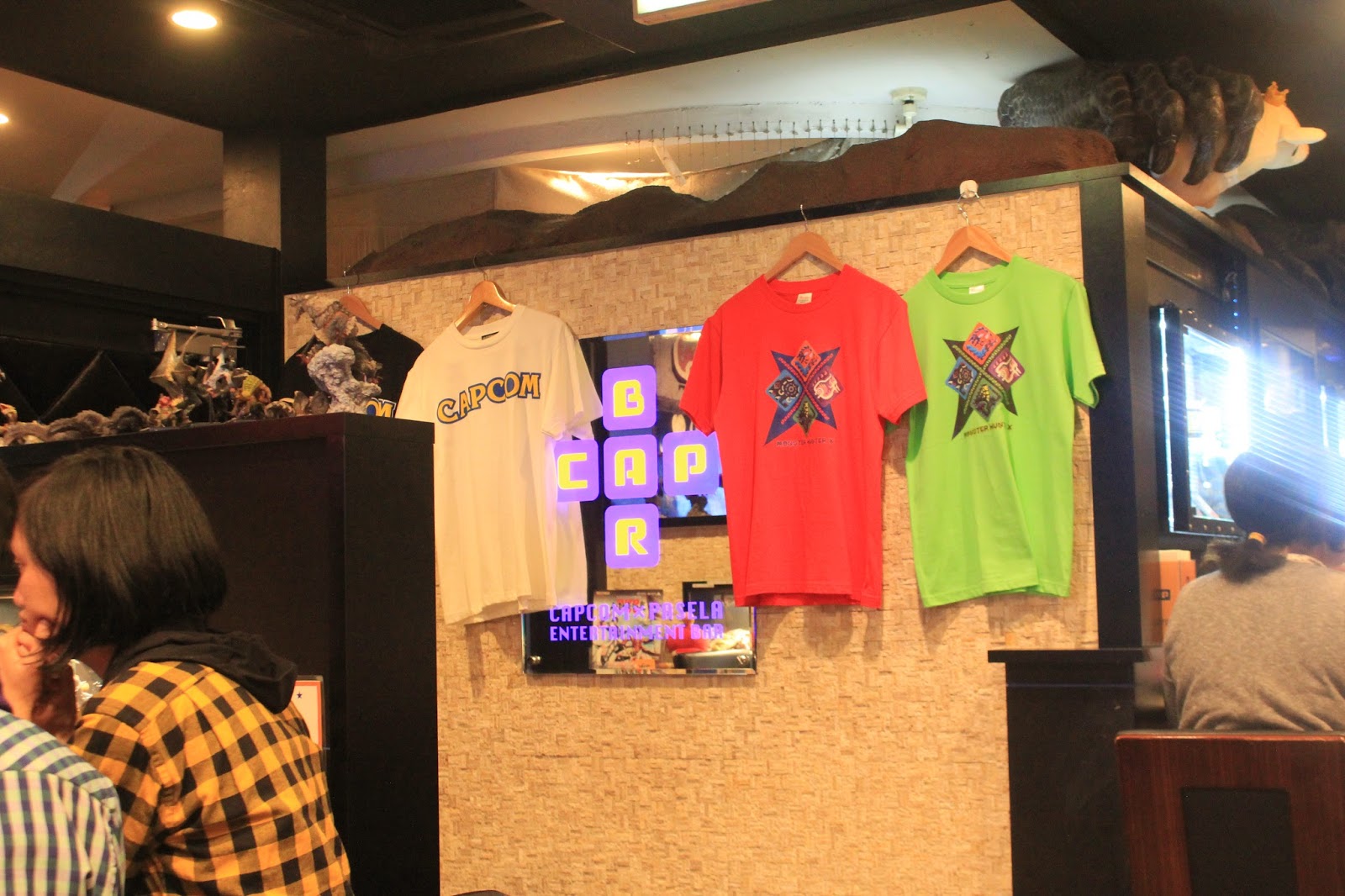 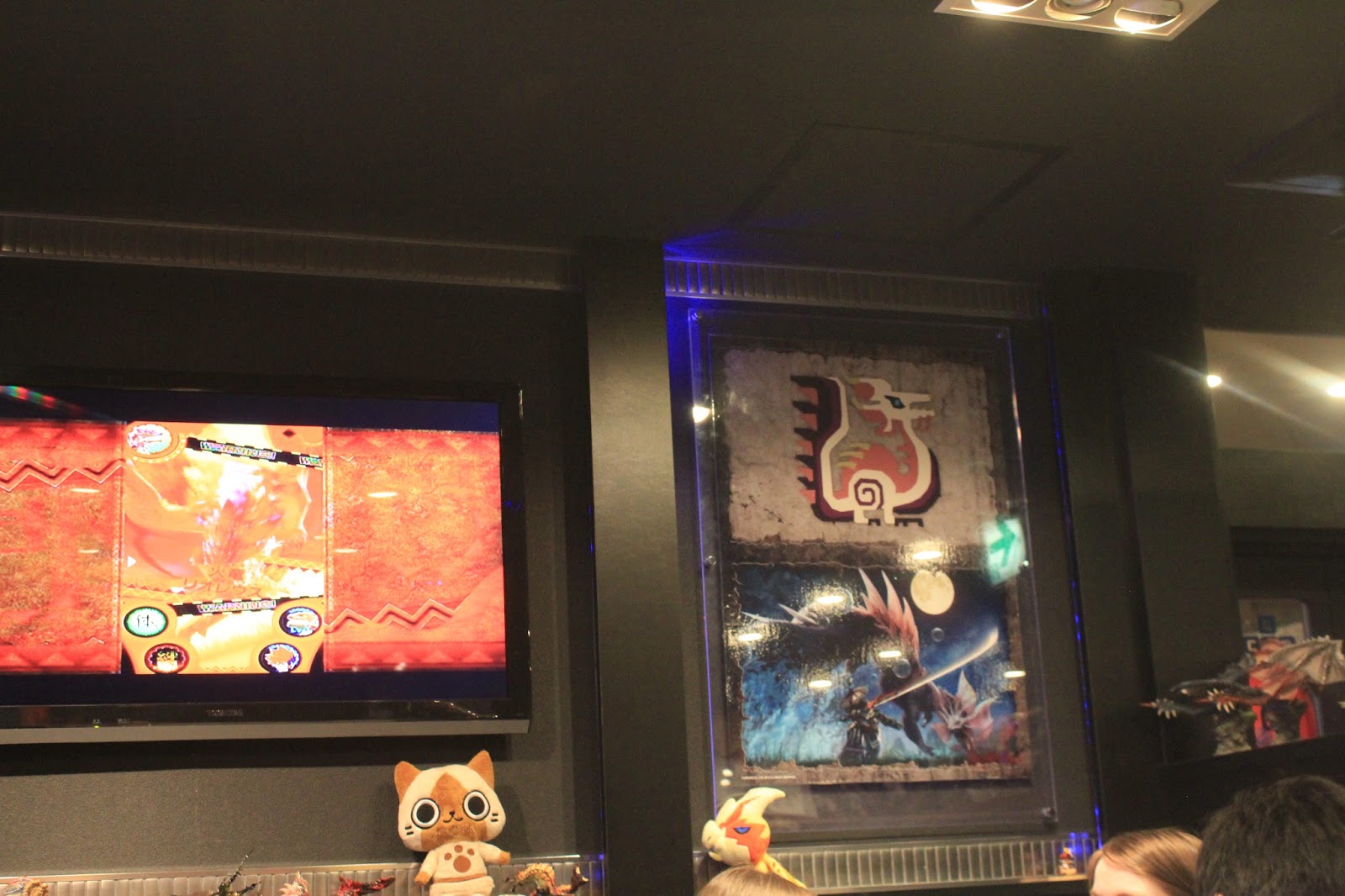 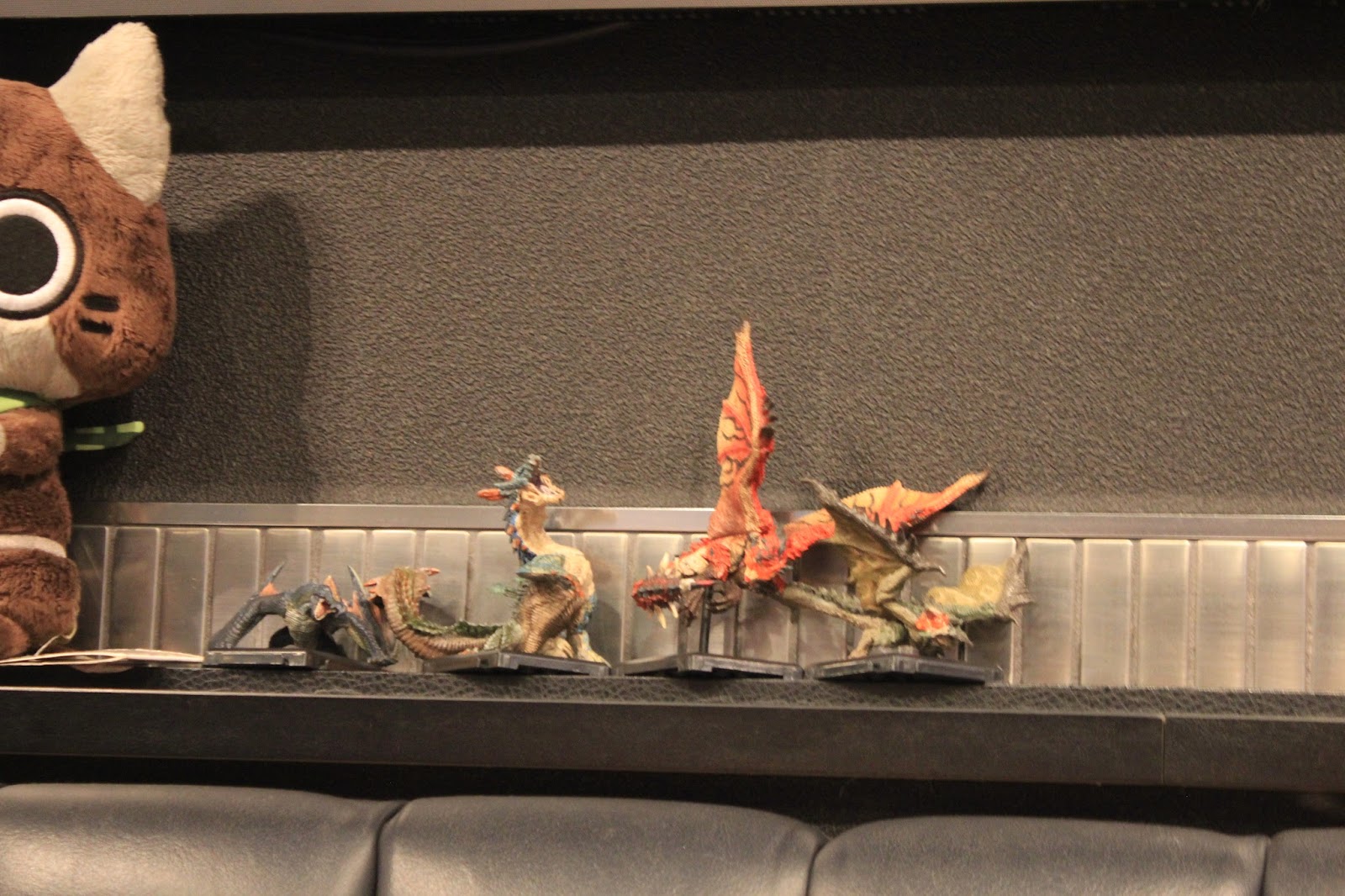 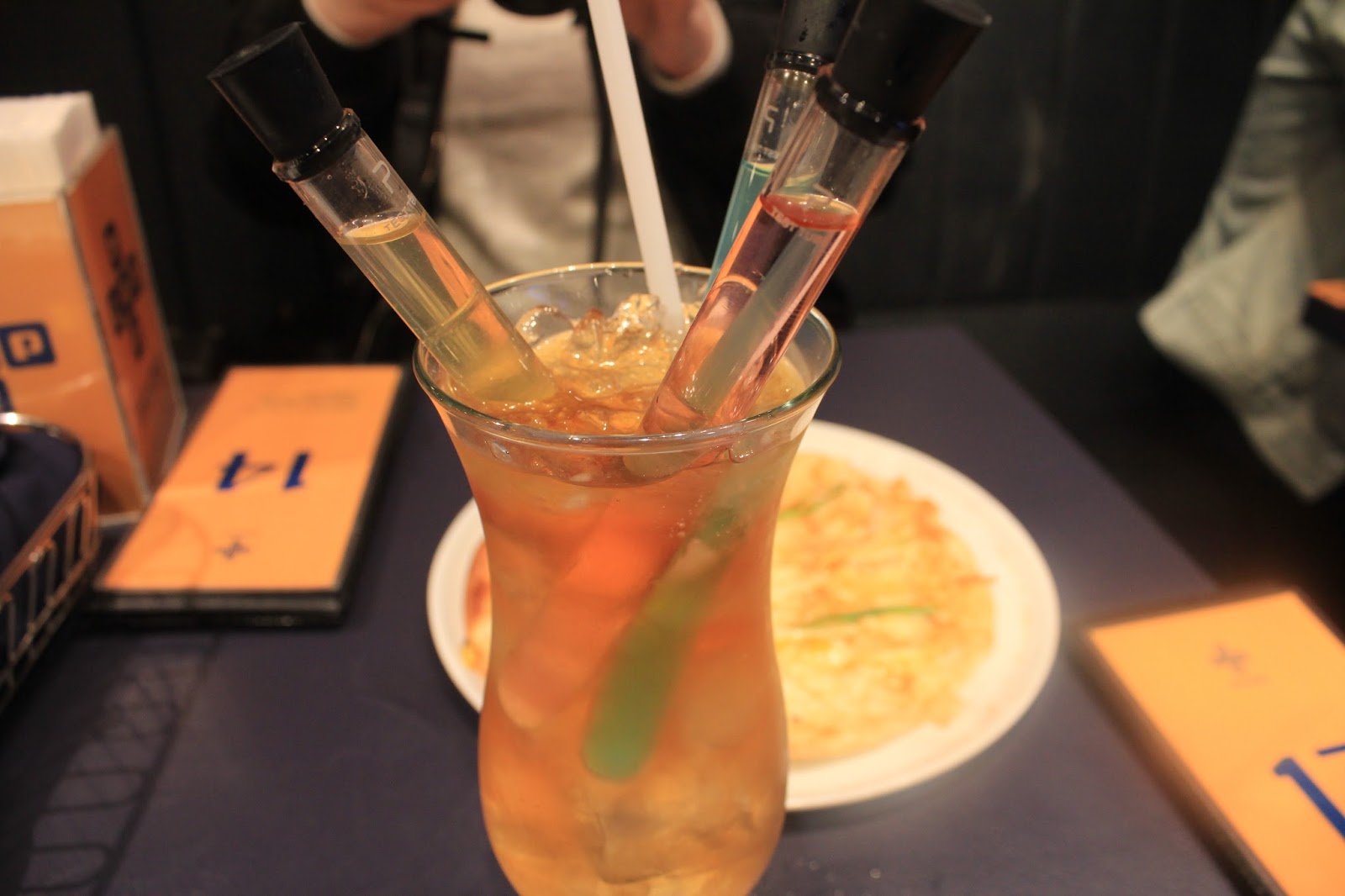 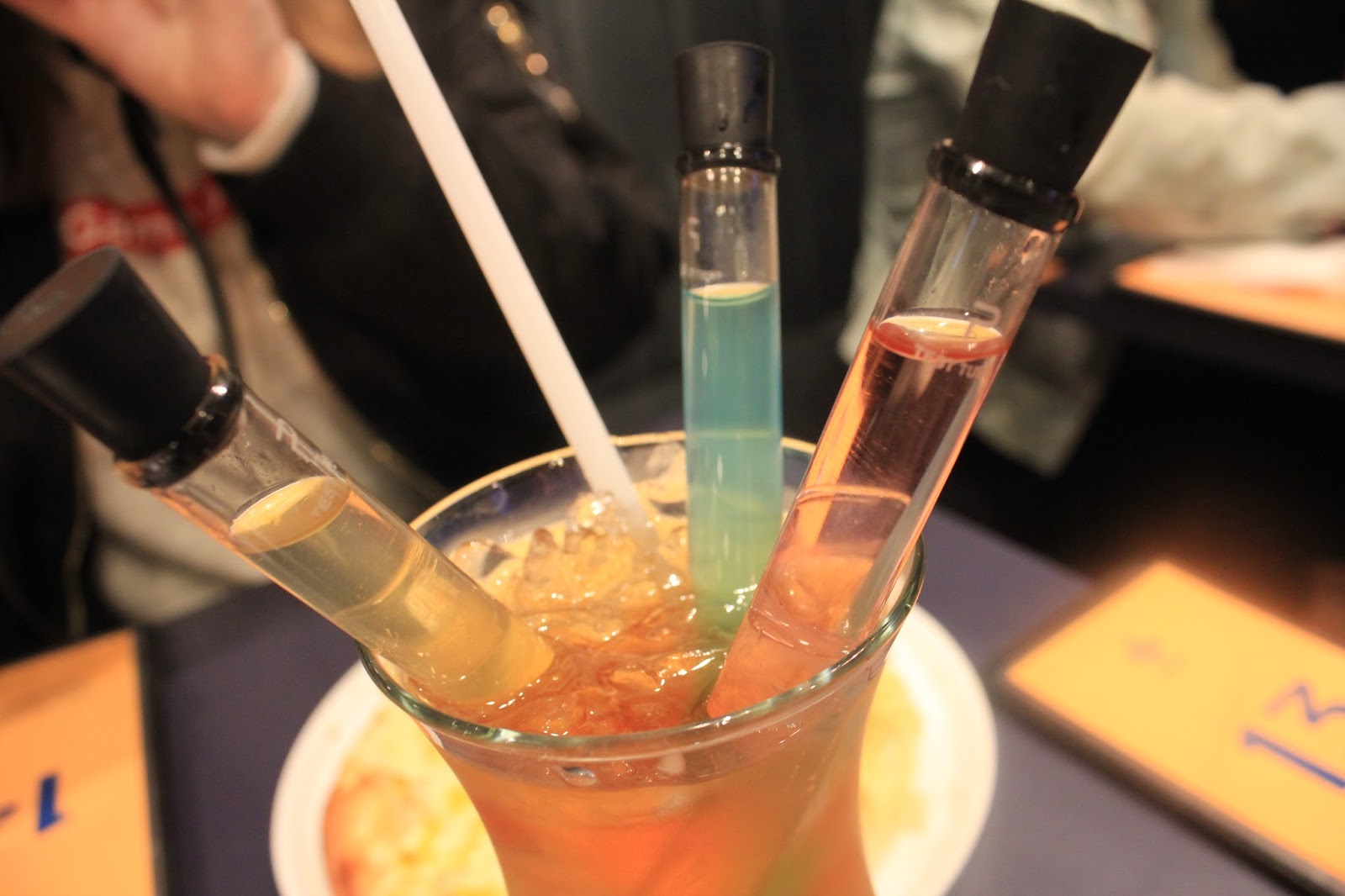 This drink was a really fun concept, since having this I’ve seen a few cocktails similar in various bars, science cocktails are really becoming a bigger thing than they already were!

The cocktail was pretty gross at first, but that was sort of the point! You have to mix in the various syrups until it tastes great! I ended up just throwing in all of the syrup as I have the world’s biggest sweet tooth. 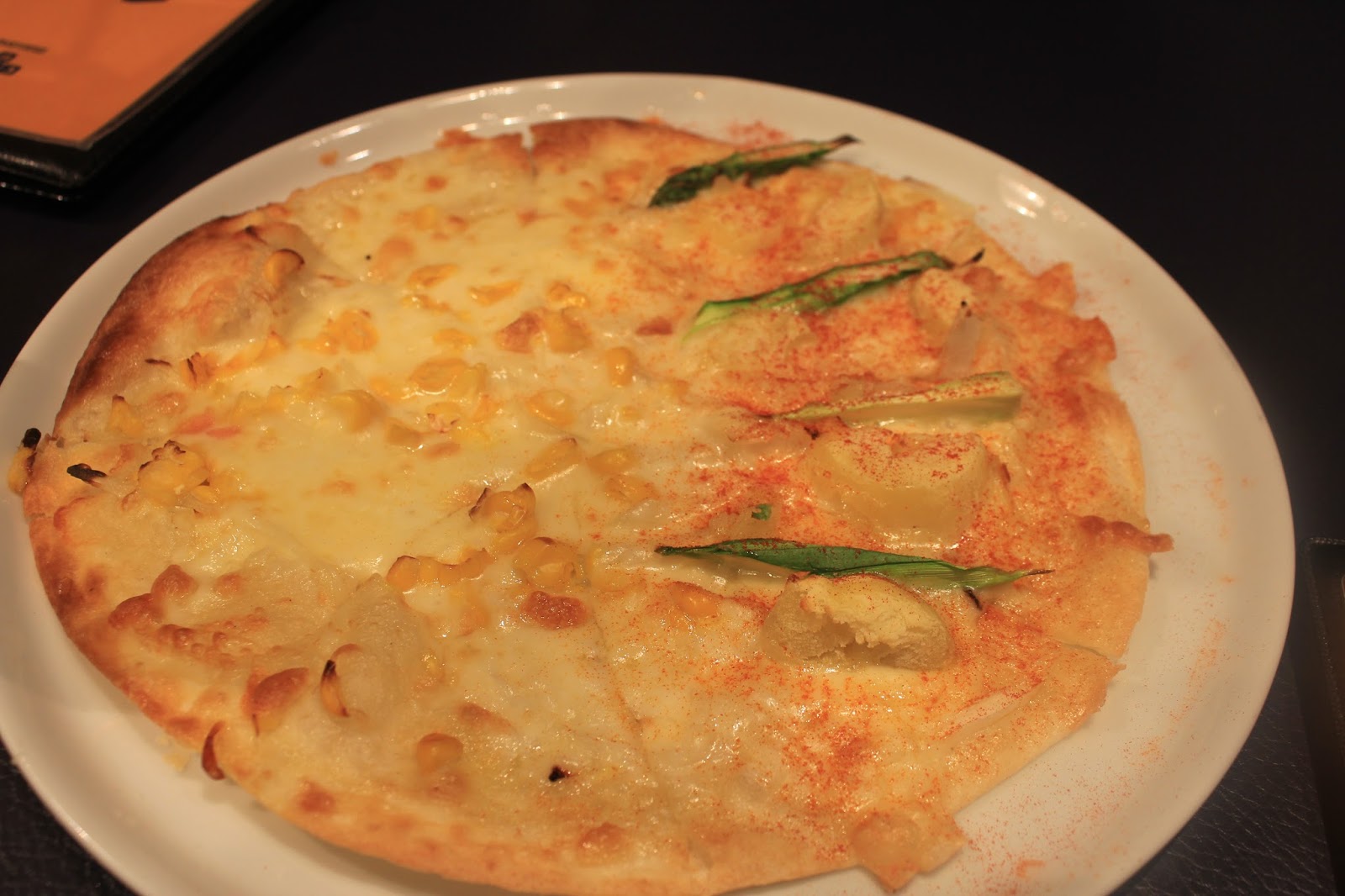 I had this to eat, it was pretty much a pizza but the base was a wrap! Weirdly I had a wrap based paper today too. 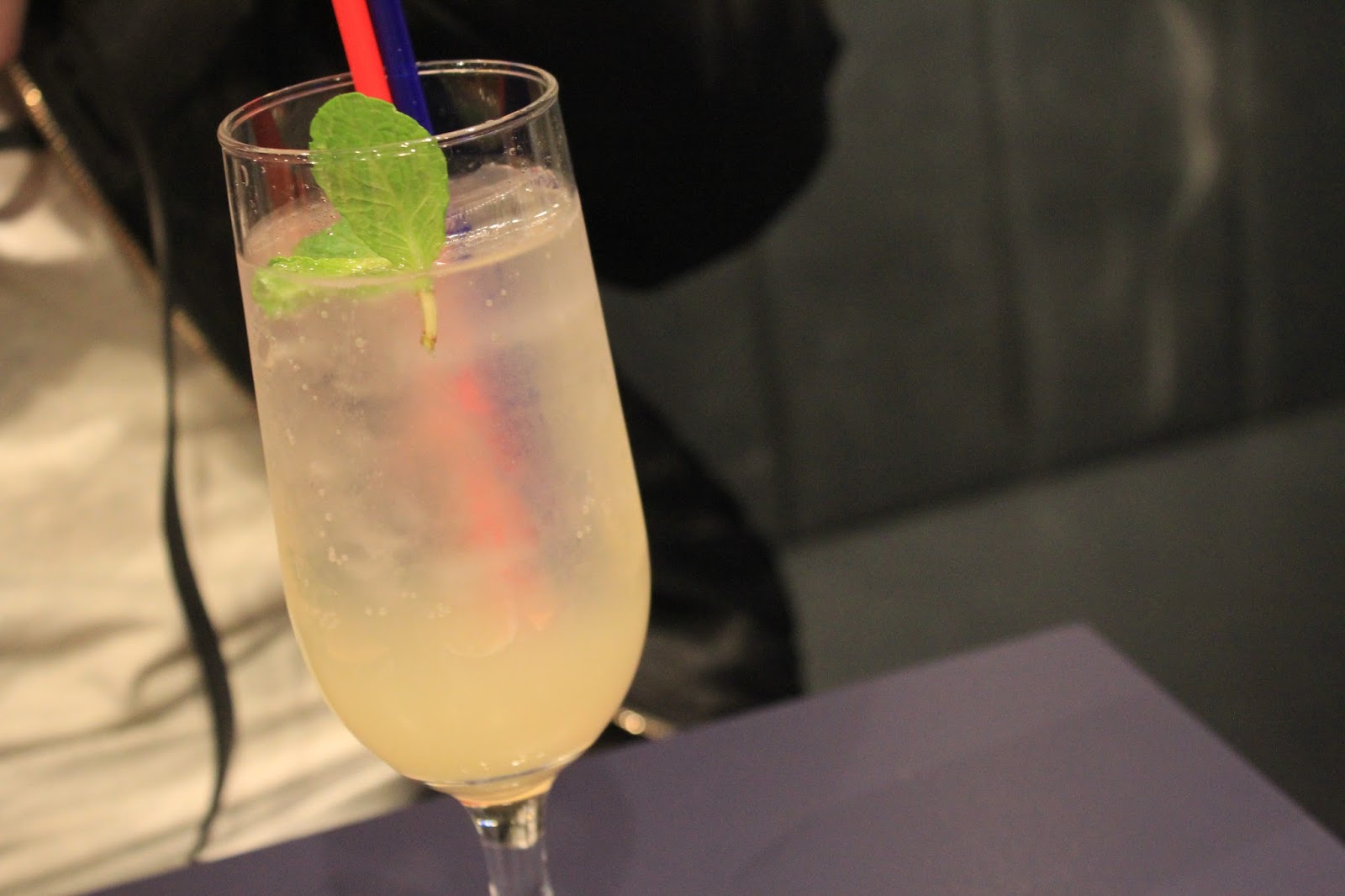 Fae had this cocktail, I have no idea what it was, I think something similar to a mojito? 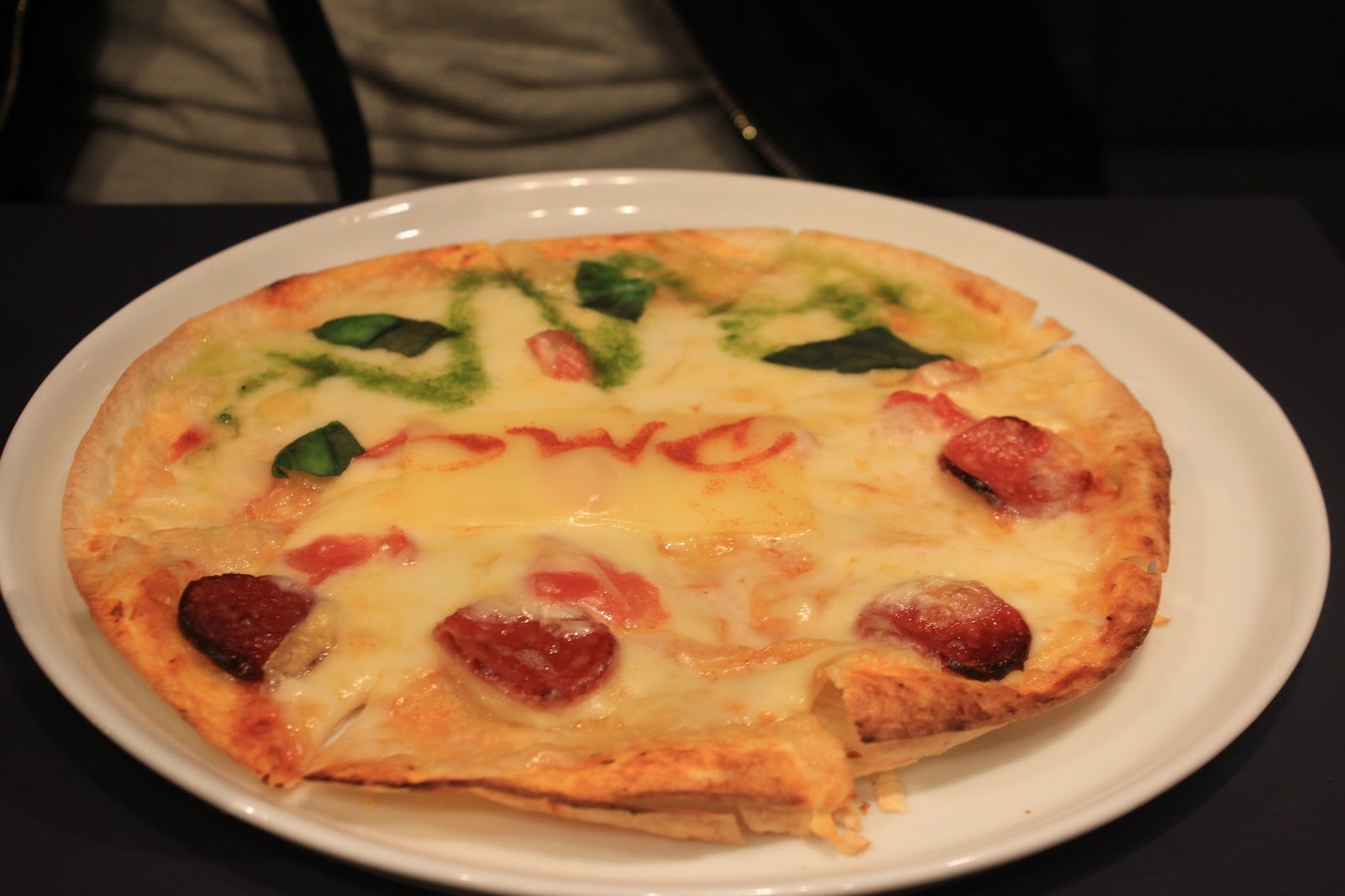 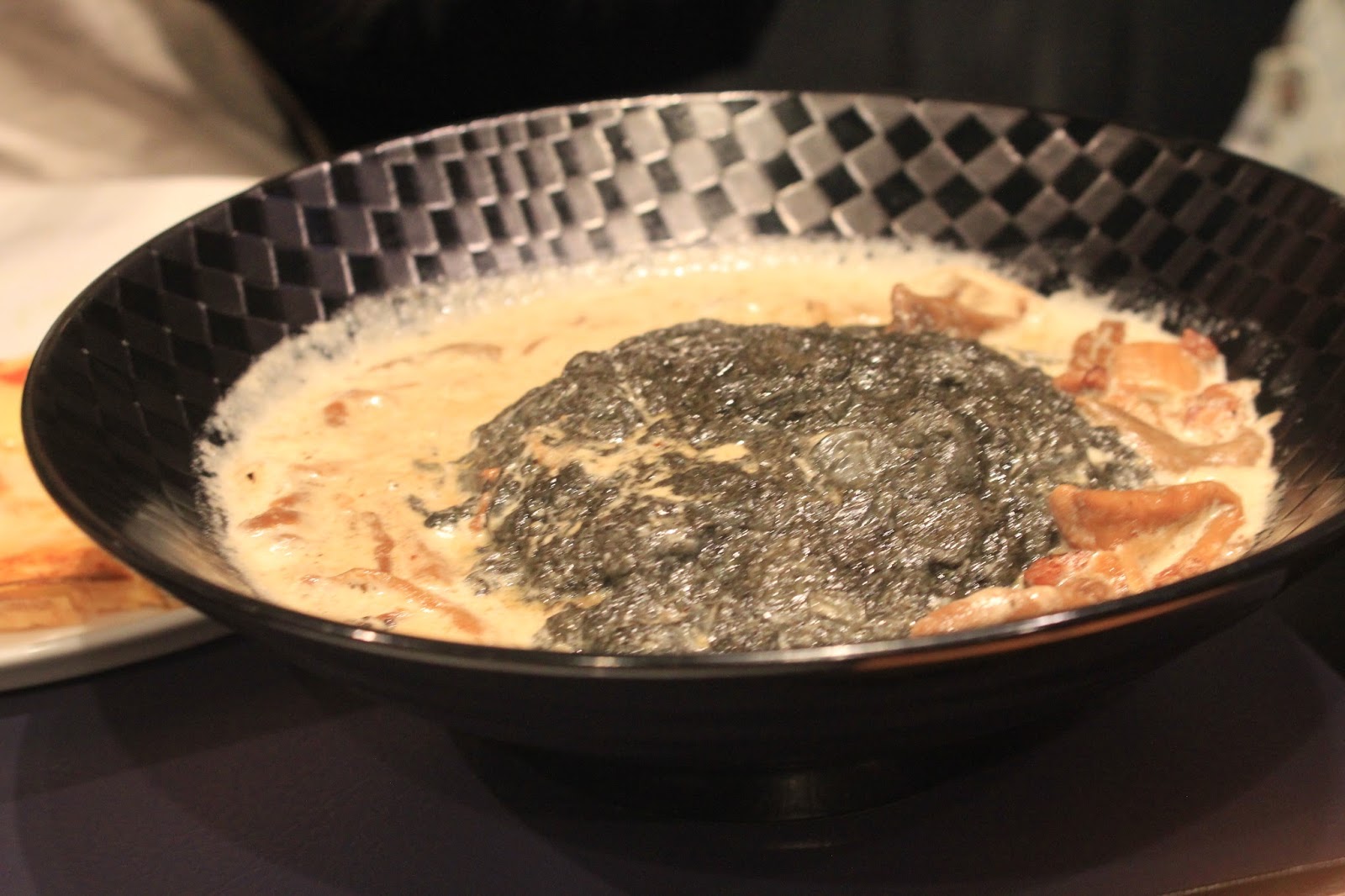 This featured squid ink (delicious), which of course made me think of Ika Musume. 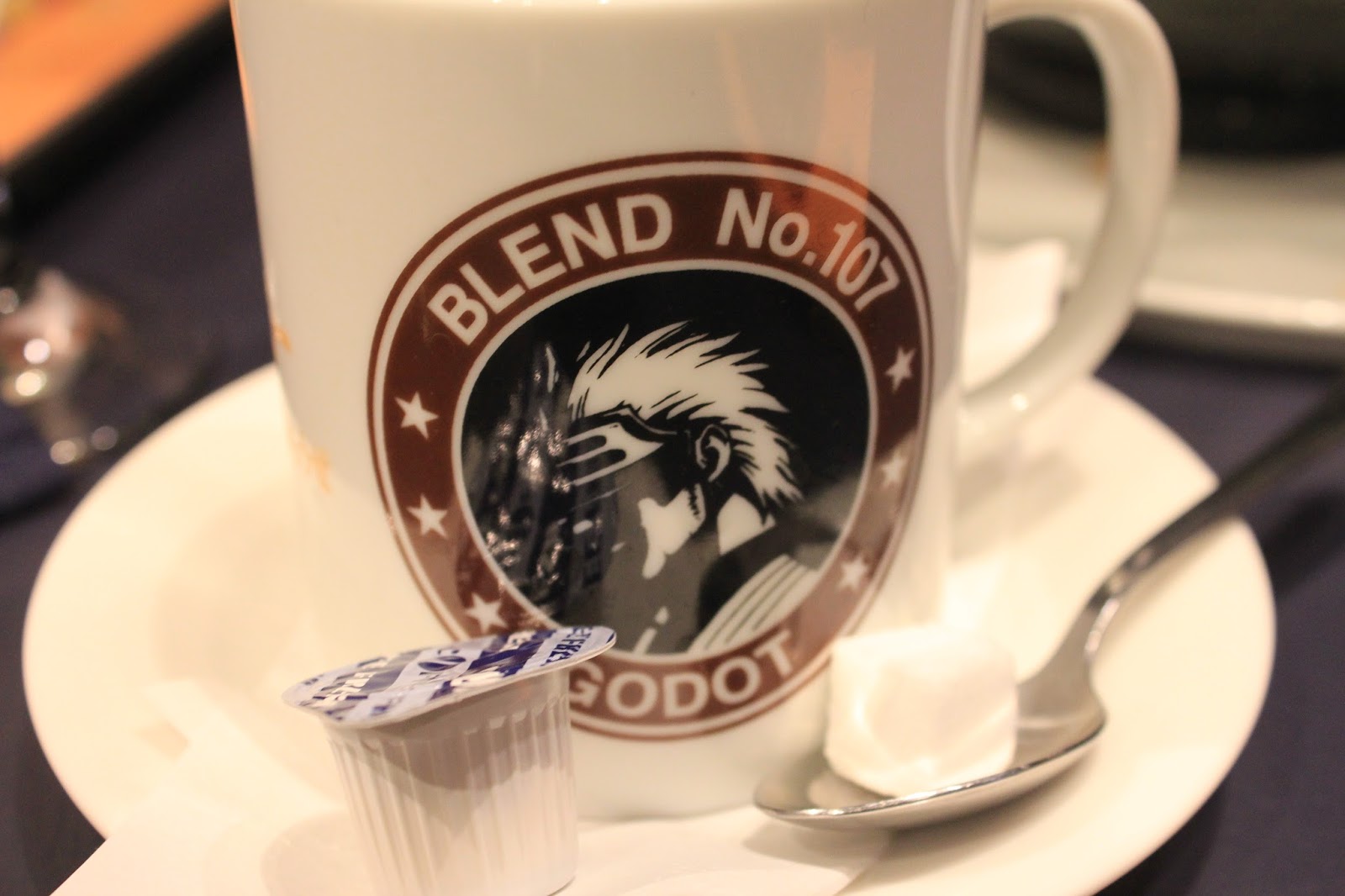 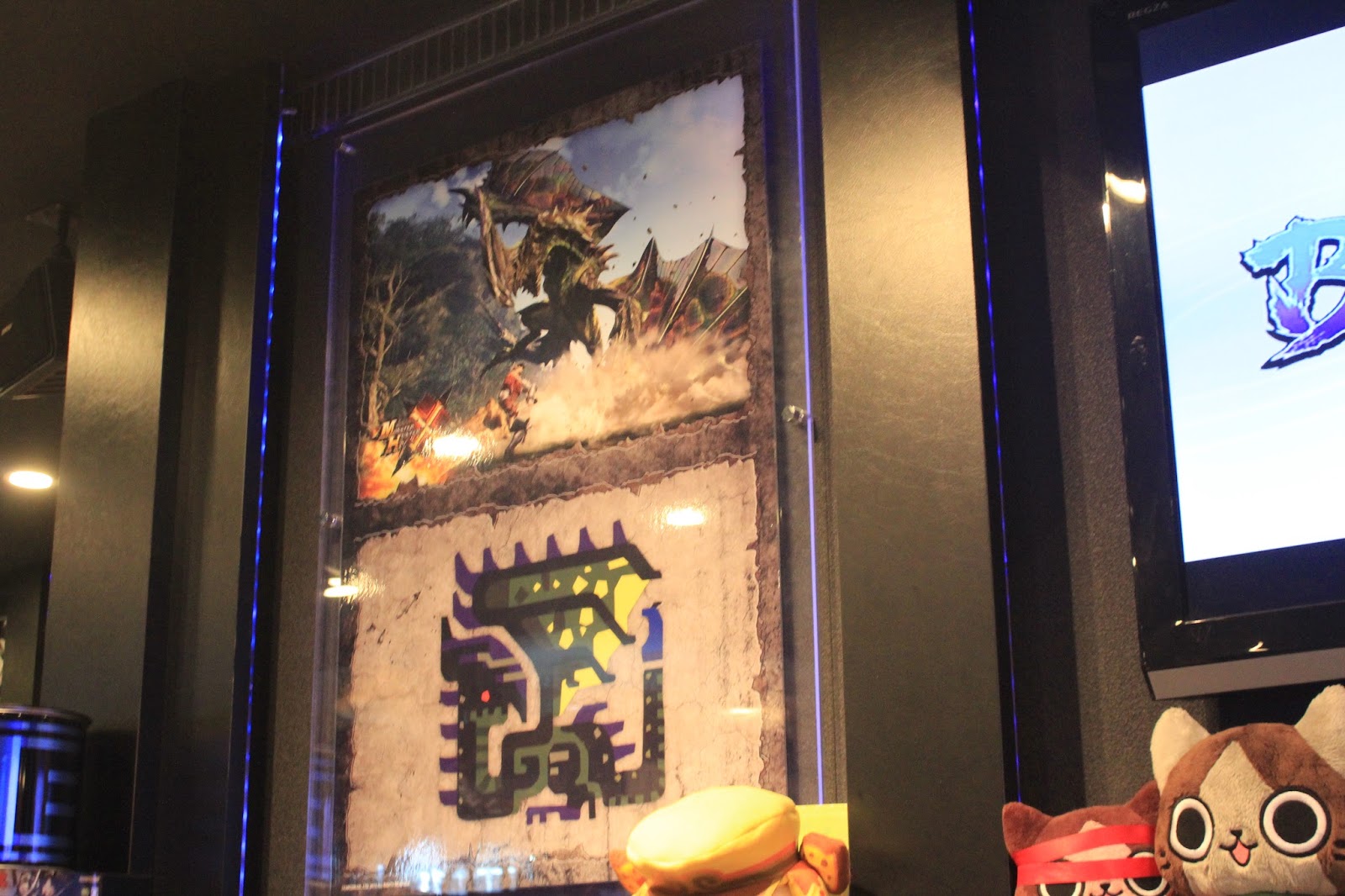 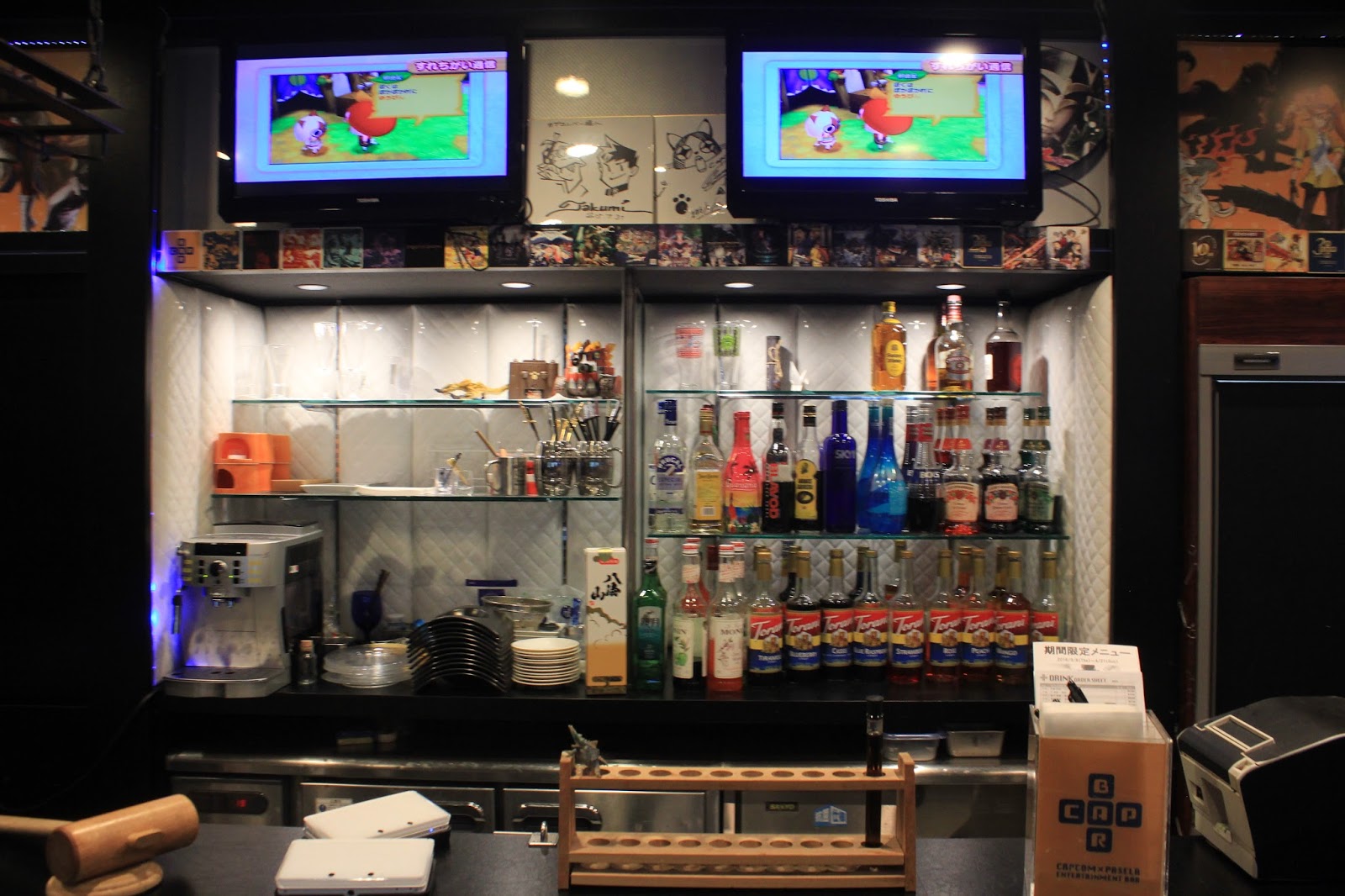 You can see some original artwork between the TVs! Artists who have worked on Capcom games doodled these for the bar specially. 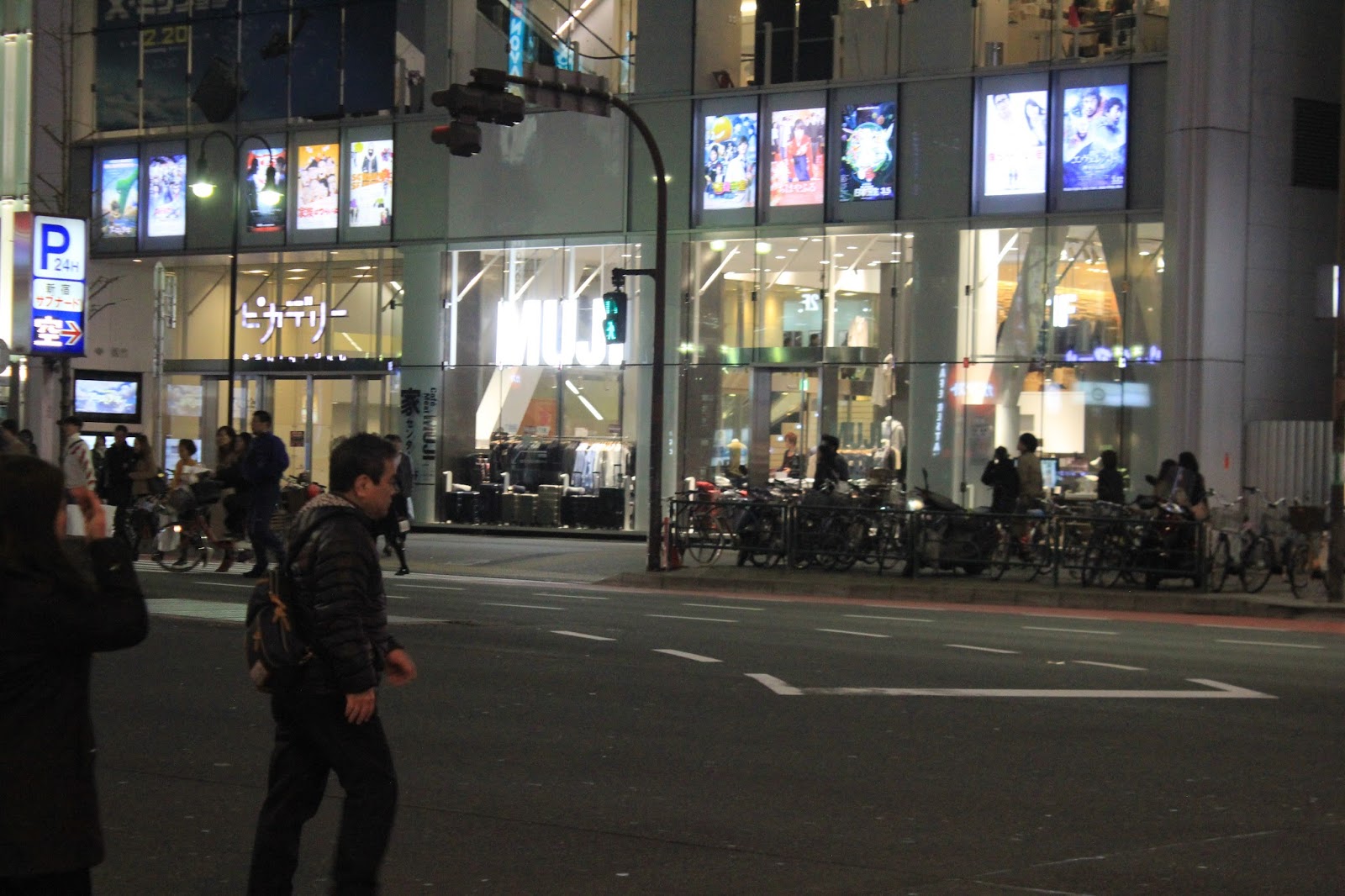 A Muji is located not too far away. Muji is one of the greatest Japanese brands in my opinion, extremely cheap, yet great quality stationery and homeware.

We never got to have a proper look as it shut shortly after we had a look inside, but I will carry the memory of shouting ‘THERE’S A FUCKING MUJI’ after seeing it. Living up to the obnoxiously loud foreigner stereotype by accident. 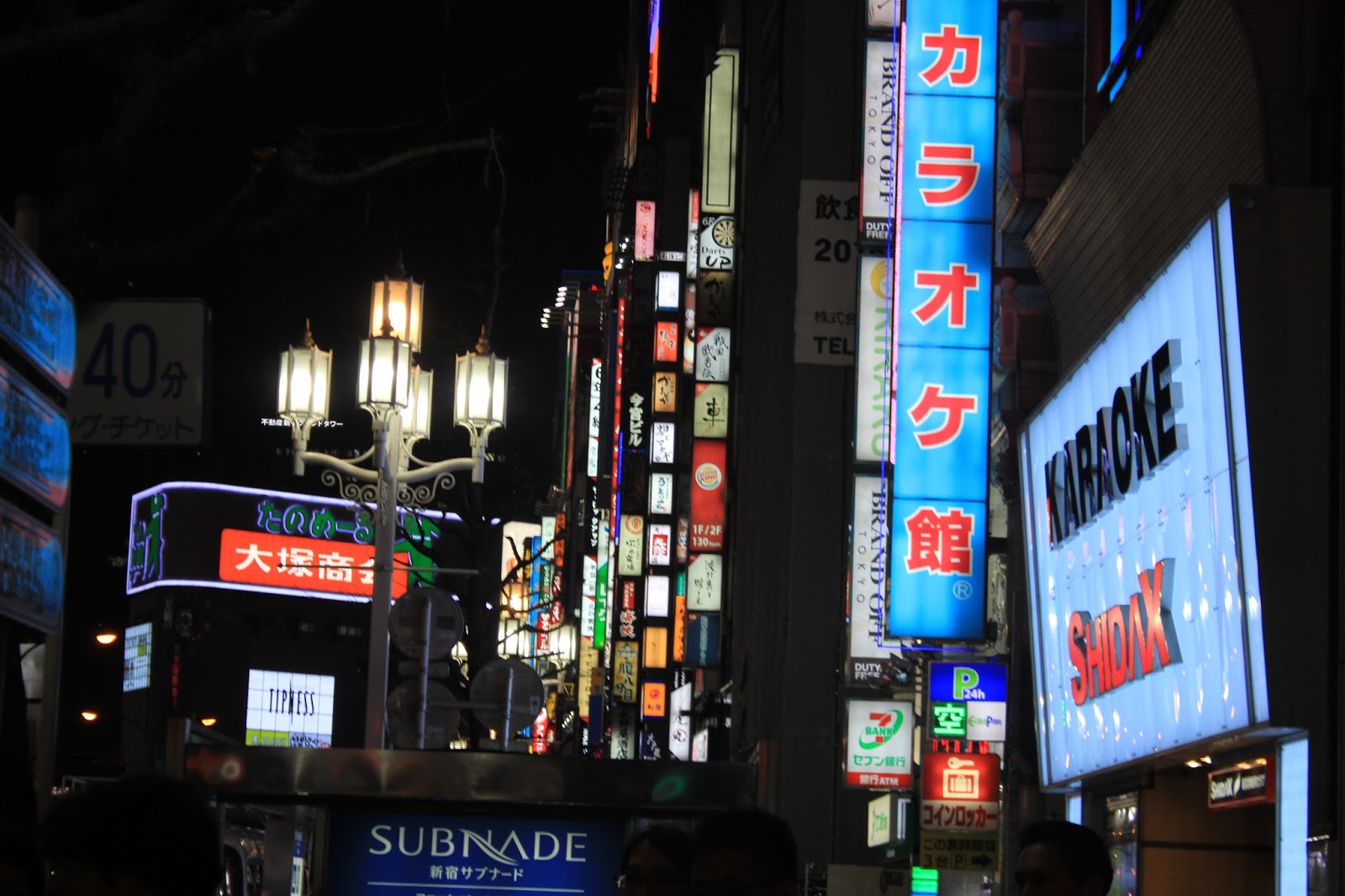 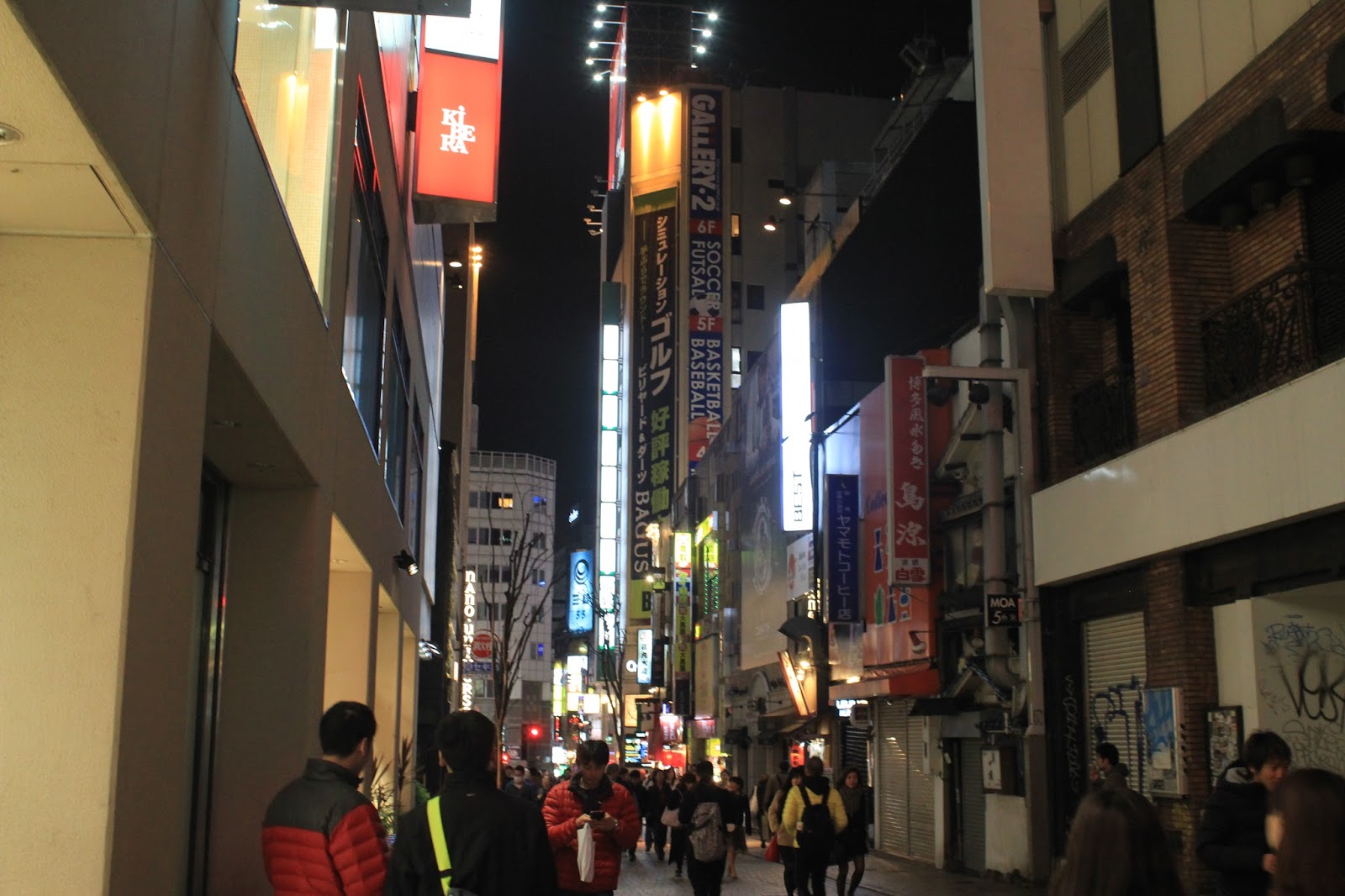 When you think of Tokyo you sort of think of Shinjuku, if only accidentally. It’s a place of hustle and bustle, bright lights, bars, restaurants, shops, literally anything you could imagine.

Thanks for reading, this was a short one!