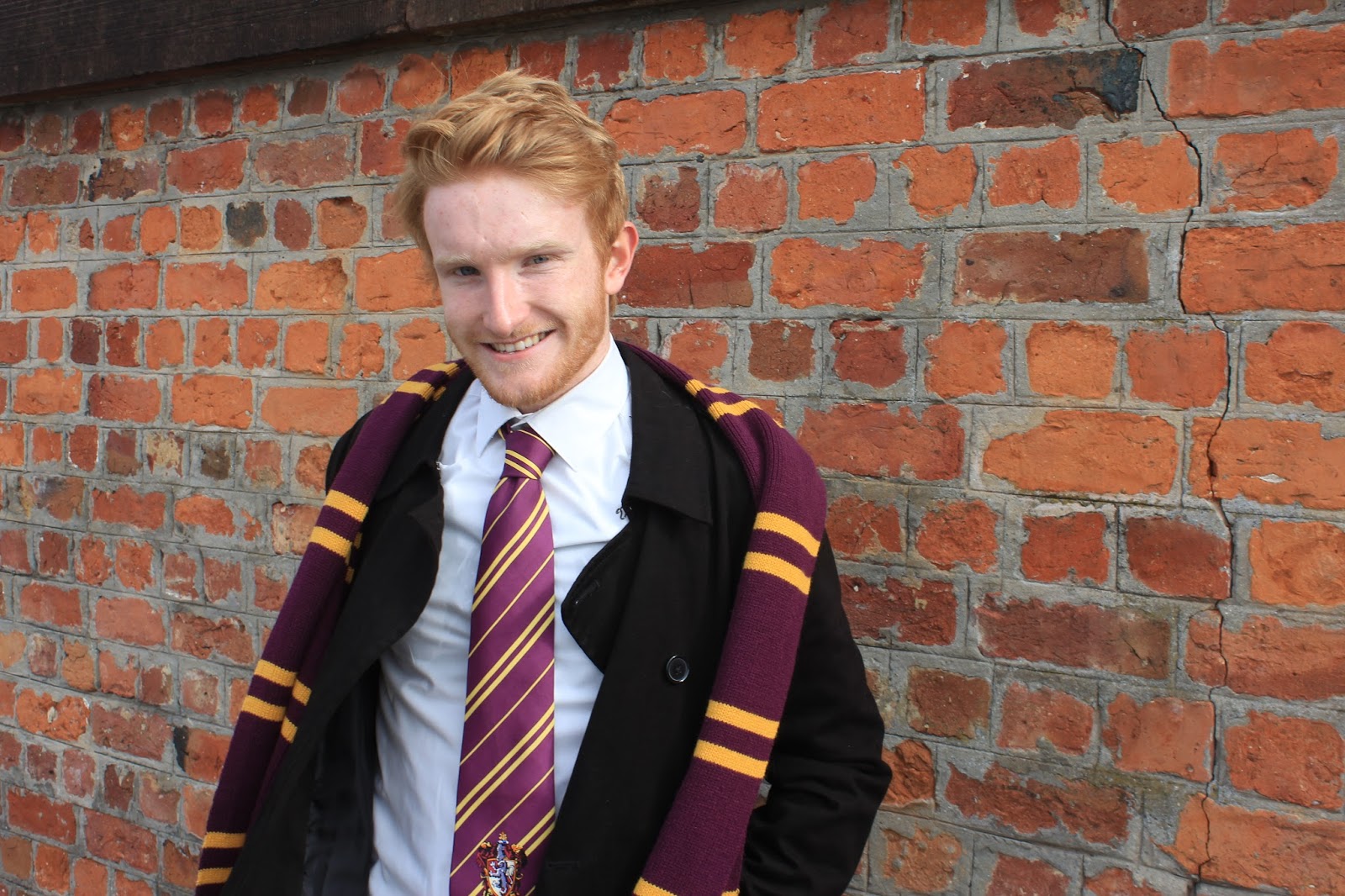 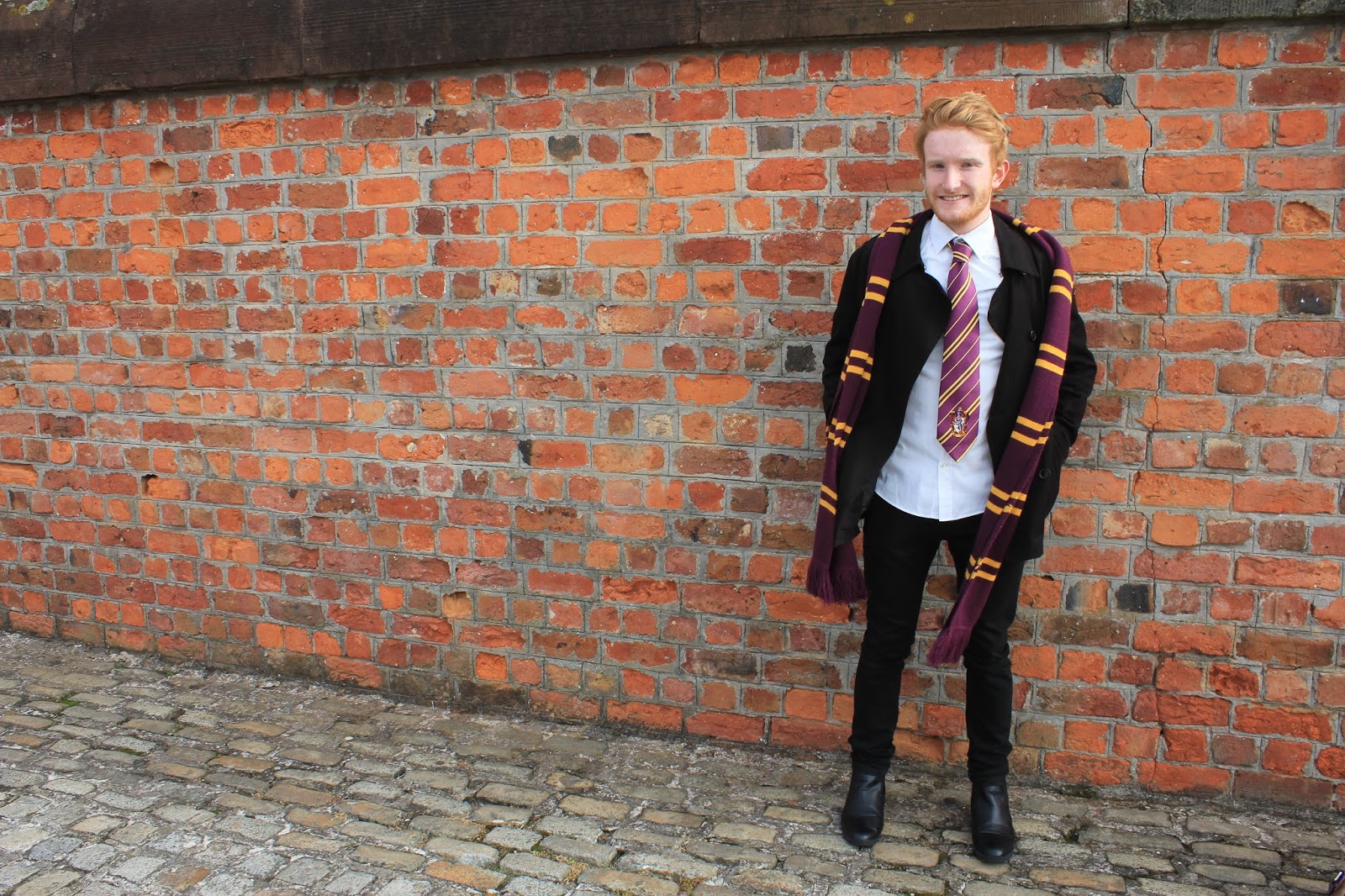 On September 1st, a big day for all Harry Potter fans, I put together a Gryffindor uniform out of clothes I already own (of course I already owned the tie and scarf, because I spend money on collectibles instead of on important things).

I’ve been intending to make my own ‘traditional’ Hogwarts uniform for a while, all I really need to do is to get a cloak, stitch some things onto it (like a Gryffindor patch, and I also have a Gryffindor Prefect pin to add), and also add a maroon lining. I would love one of the official Hogwarts cloaks but they’re around £60…so whilst I’m sure I may end up buying one someday, that is not today. 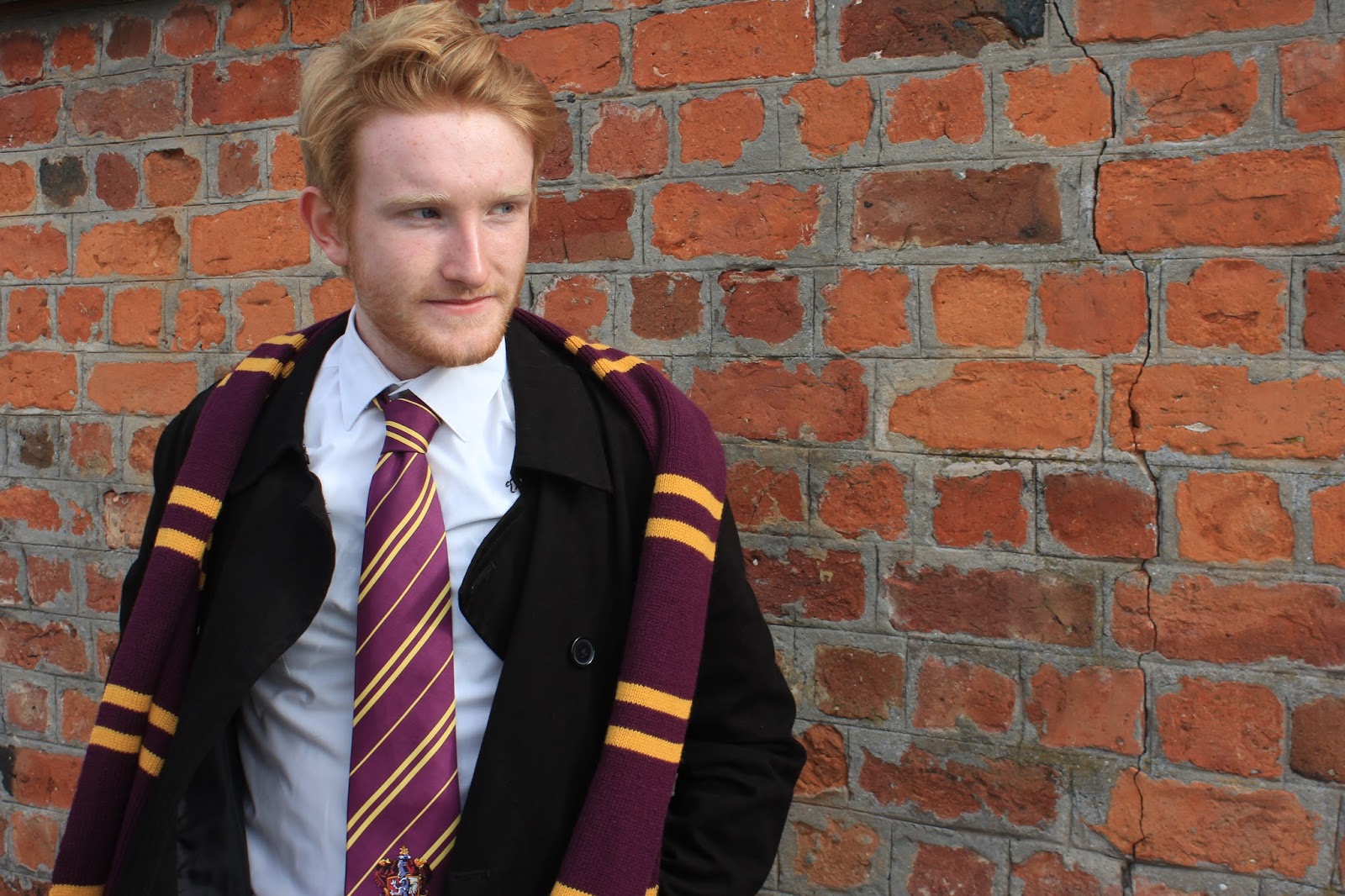 Anyway, the things I put together put a modern spin on the uniform, would you have seen Harry Potter stroll down into the entrance hall wearing black skinny jeans and chelsea boots? I THINK NOT. Snape would have been all over that. But hey, I don’t own any black school pants on account of having left school what feels like 45 years ago! And without a cloak, I resorted to a half-trench jacket!

Sadly, my wands are back at home with my parents, I’ll have to bring one back with me next time! 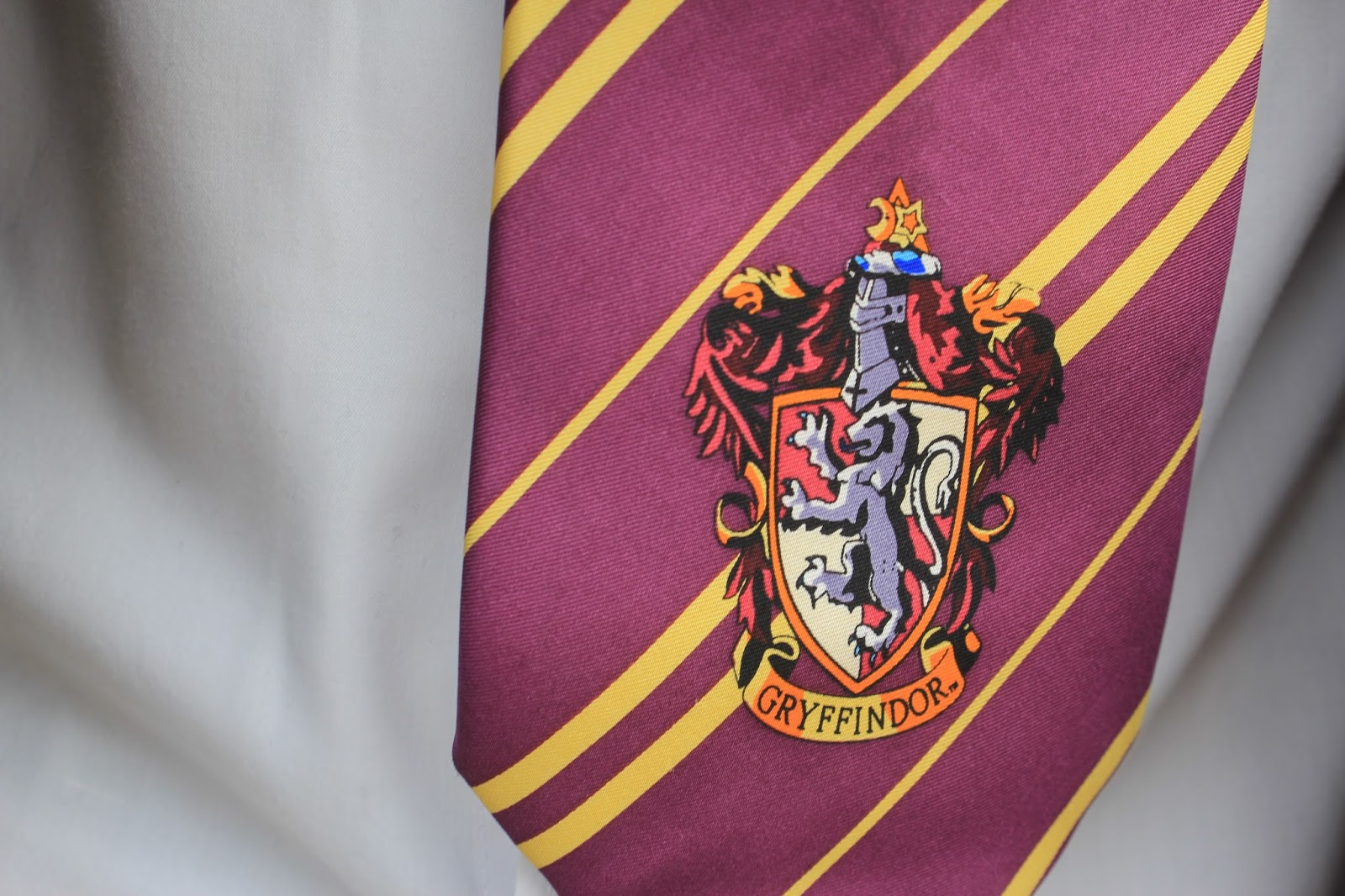 I really liked how this turned out, I’ve never cosplayed before really, only made some basic costumes for costume parties, but this feels like an actual cosplay to me? I don’t know what makes this feel different to my Luigi or Star Lord costumes I’ve worn for Halloween, but it does somehow! Even if it is just an amalgamation of things that I already had in my wardrobe.

Although this black coat does make me look like a tiny little human. Which isn’t hard when you’re 5’7 but still.

I also like to think, what happened to make Hogwarts change the uniform? Was it some sort of update after the Battle of Hogwarts?? Seriously unlikely, but it lends itself to some fun head-canon! Or it’s just a cool thought that maybe in some alternate universe, Hogwarts is very up to date with technology and muggle culture, which the magical world isn’t! I mean, Arthur Weasley didn’t understand the concept of a rubber duck! There’s no electricity in Hogwarts either! Maybe the muggle and wizarding worlds began to align after the Battle of Hogwarts to prevent such a tragedy happening again….or this is a completely alternate universe with some minor adjustments! Who knows. 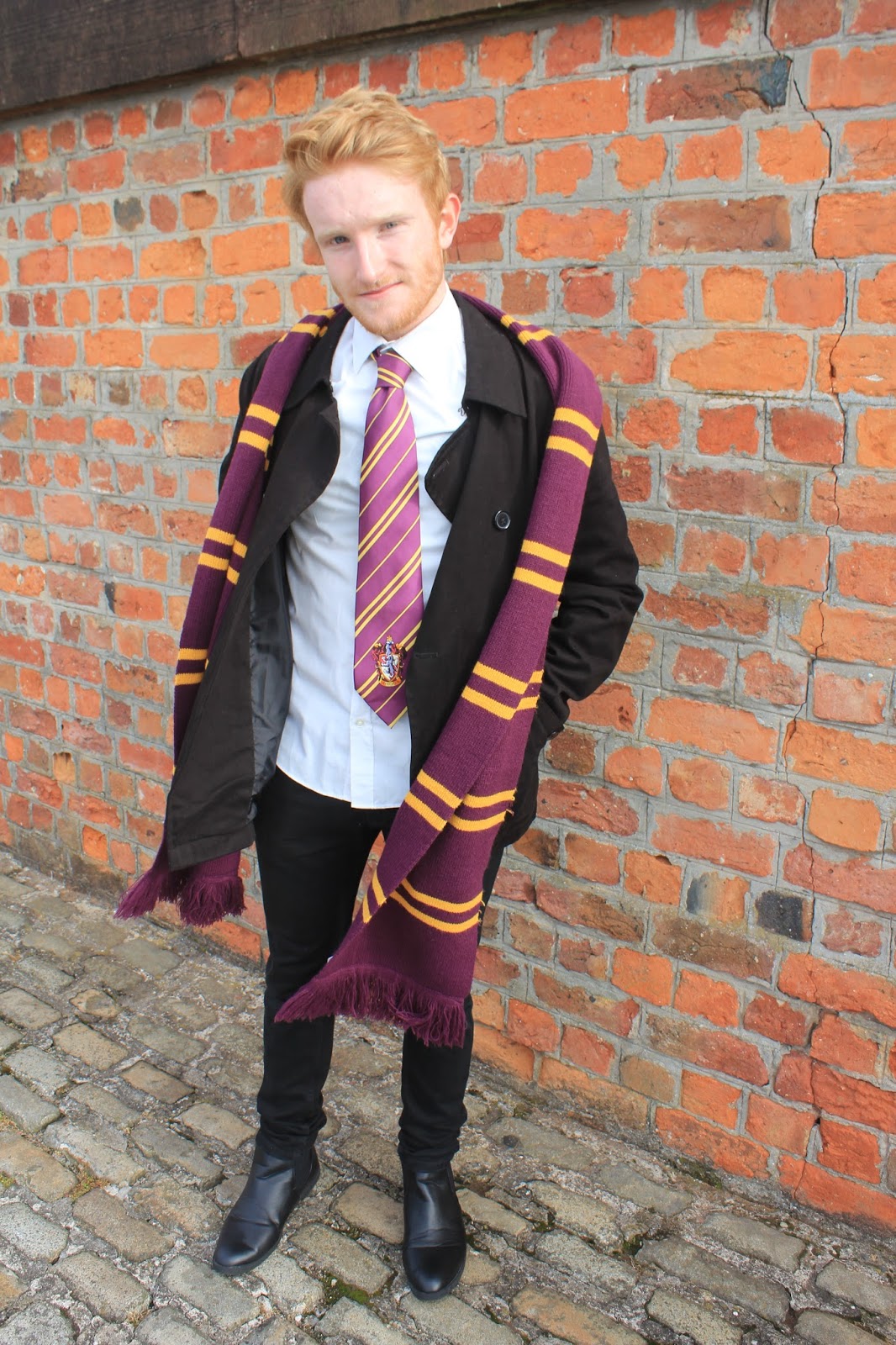 Everything I wore in this:

Gryffindor Tie – £22.95 (WB Studio Tour Shop) I got this on Amazon way cheaper a few years ago, although, they have changed the ‘official’ ties they sell, as this no longer has a crest!

Gryffindor Scarf – £26.95 (WB Studio Tour shop) SOLD OUT right now, but I got it on Amazon a few years ago for half this price, so keep a look out!

ASOS Half-Trench – £16.50 (ASOS site) Not exact but similar, and now they have one in my size! I bought a size bigger DAMNIT ASOS.

Primark (Women’s!) Chelsea Boots – £8 (No website, but there were tons in store! The men’s was sold out so I bought a women’s pair, you’d never know the difference!) 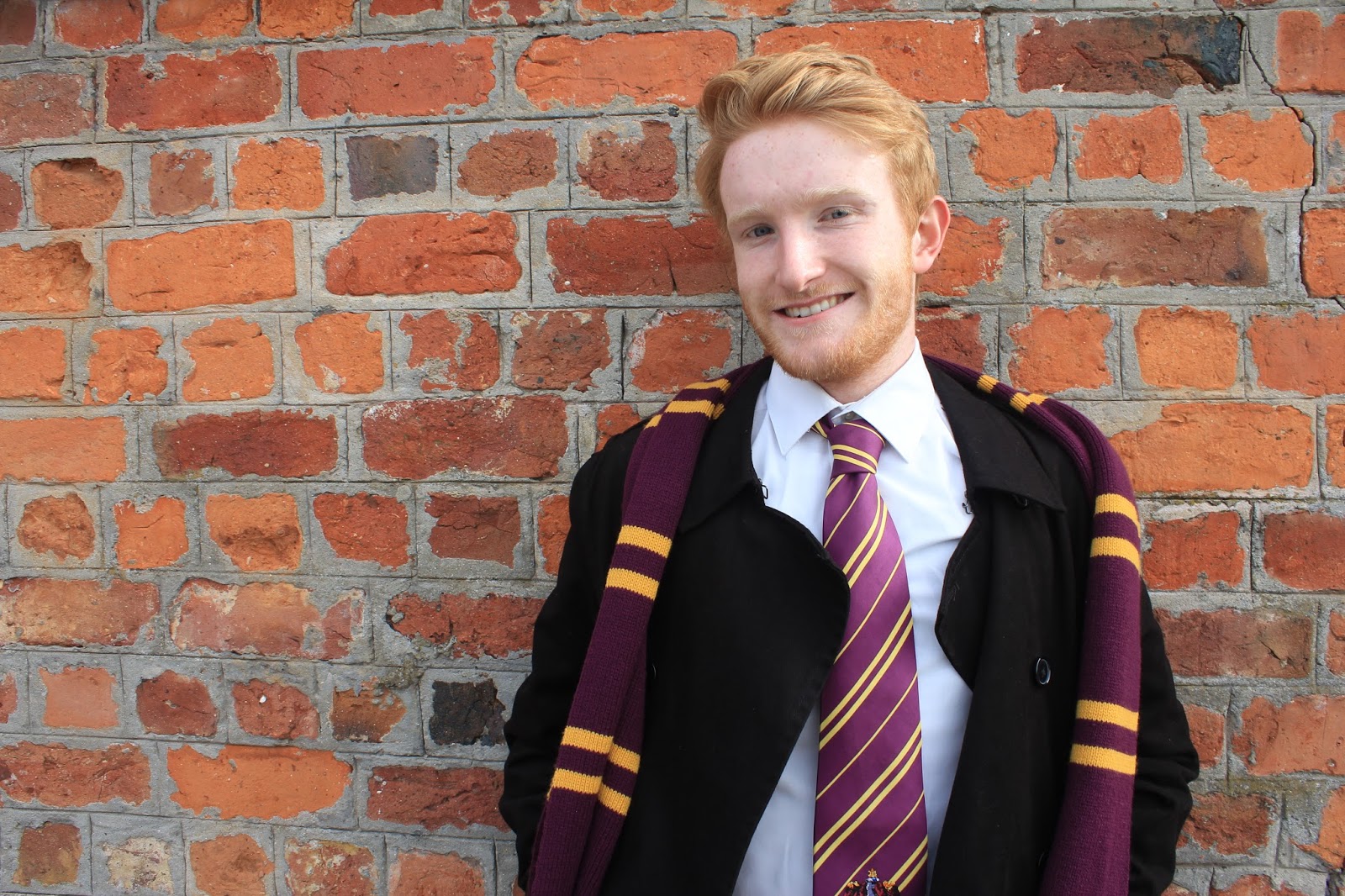 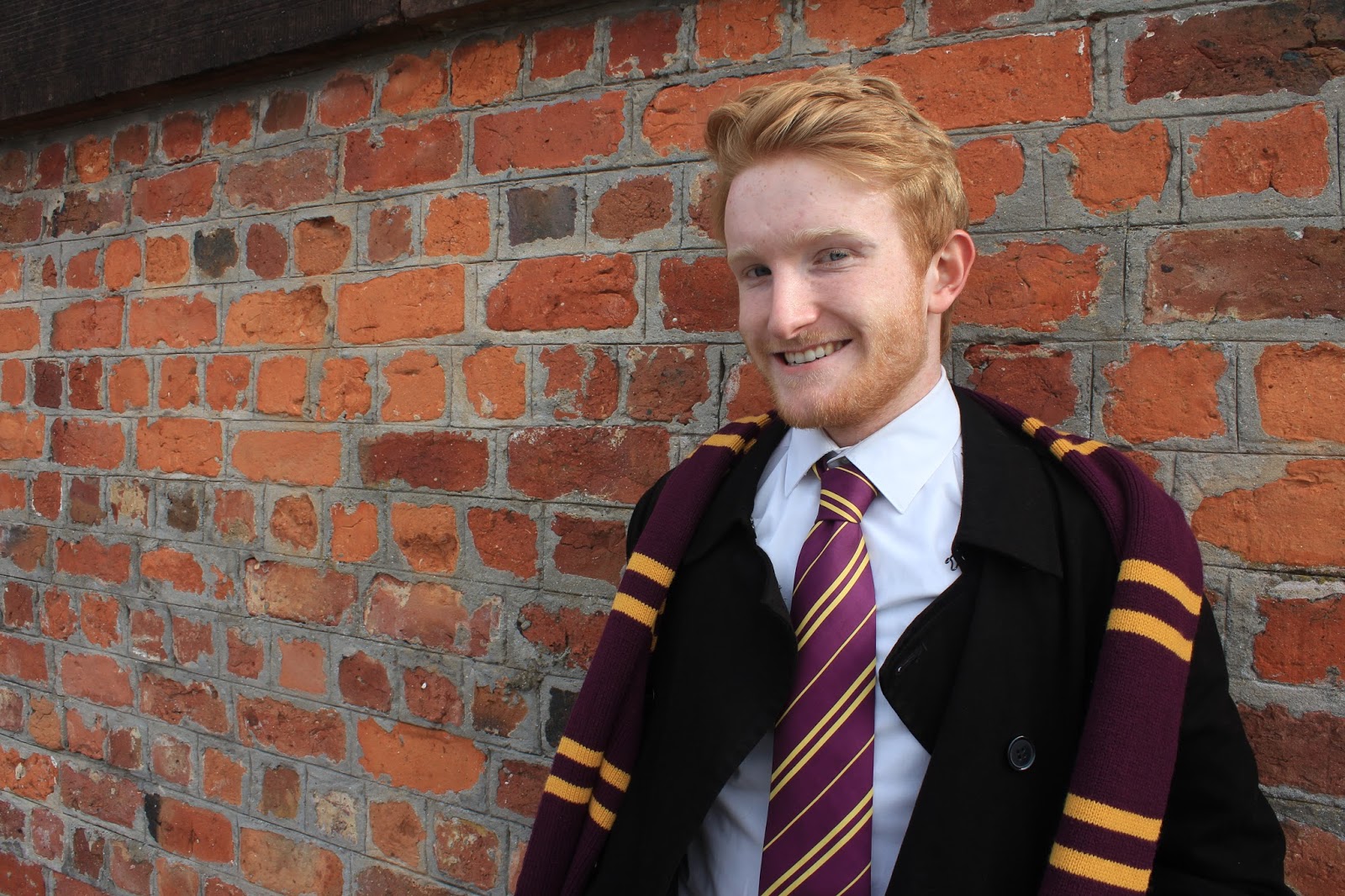 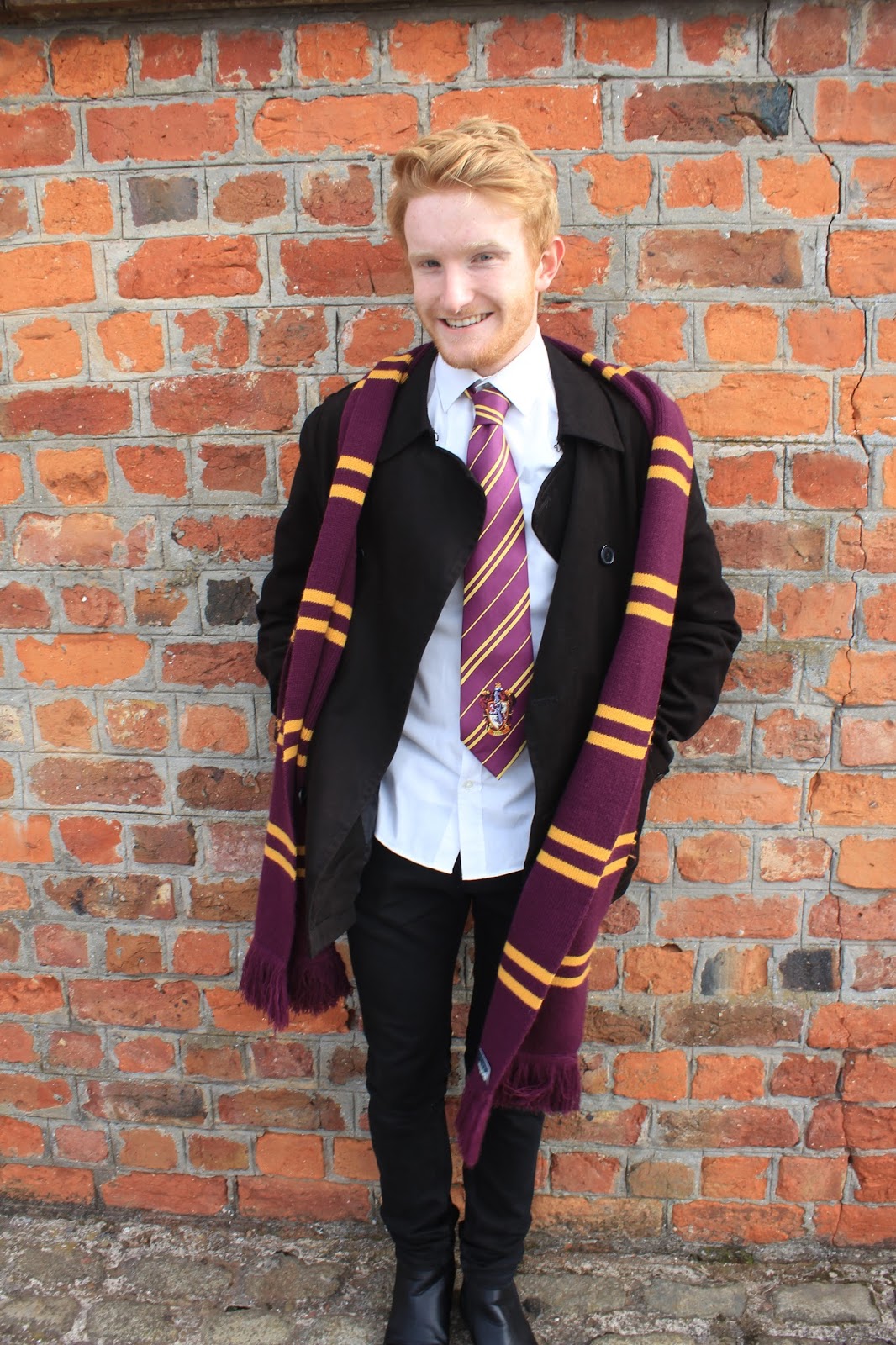 This was super fun to do, and thank you for my partner in crime, Ren, for taking all these pictures (And in all the other outfit blogposts that will be coming soon!) and make sure you go to her YouTube channel, and look out for her Hogwarts House lookbook coming soon! We filmed that the same day we did this! It’s really great!

Thank you for reading, and what Hogwarts house are you?