I’m back at university and it’s time for me to stop being the world’s worst blogger!! I find it very hard to blog at home, as I don’t have anywhere nice to take photographs really, I love having a white desk to use at uni.

I’ll have to think of something though, as I’ll be moving back home for a few months in June!

Anyway, I HAULED big time today! I went shopping and spent far too much money, but I never really do this, and I was really in need of some new clothes. Though, I also bought some non-clothes things too, as you can see! 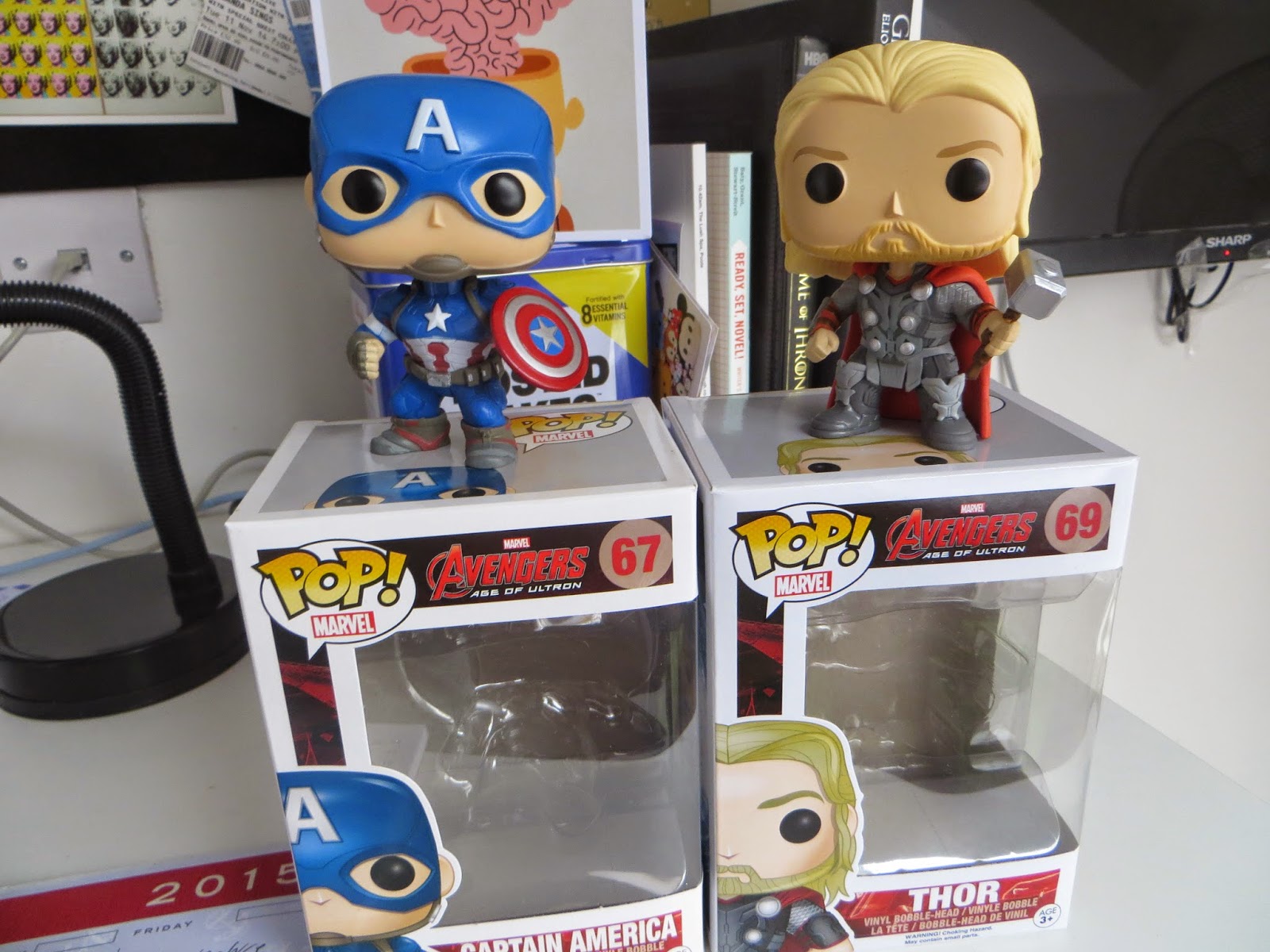 I was a bit eager and unboxed them before photographing them, however I’ll be uploading a big haul video to my channel next week, and you can see them in their boxes there! 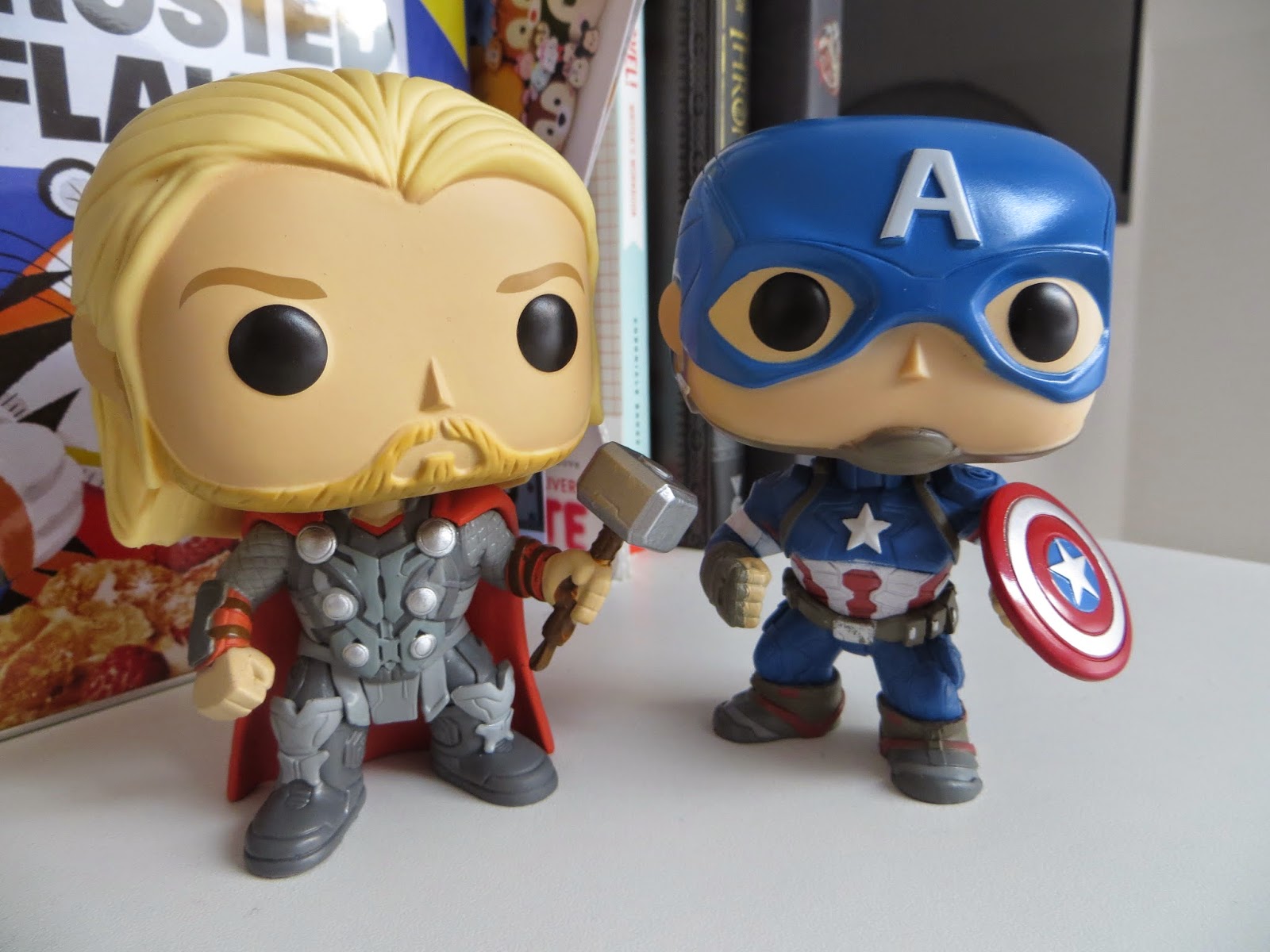 And here there are!

I have been through it trying to get a Captain America Pop figure! There are quite a few Captain America figures, none of which really appealed to me apart from the Captain America released in 2012 around the same time as The Avengers, but I couldn’t find it anywhere, especially as I try to buy Pop figures in real life as I can since they are none for having a lot of defects and issues. In real life, I can select the perfect one!

I fell in love with this version of Captain America after it was announced! I was so happy to finally pick it up today! 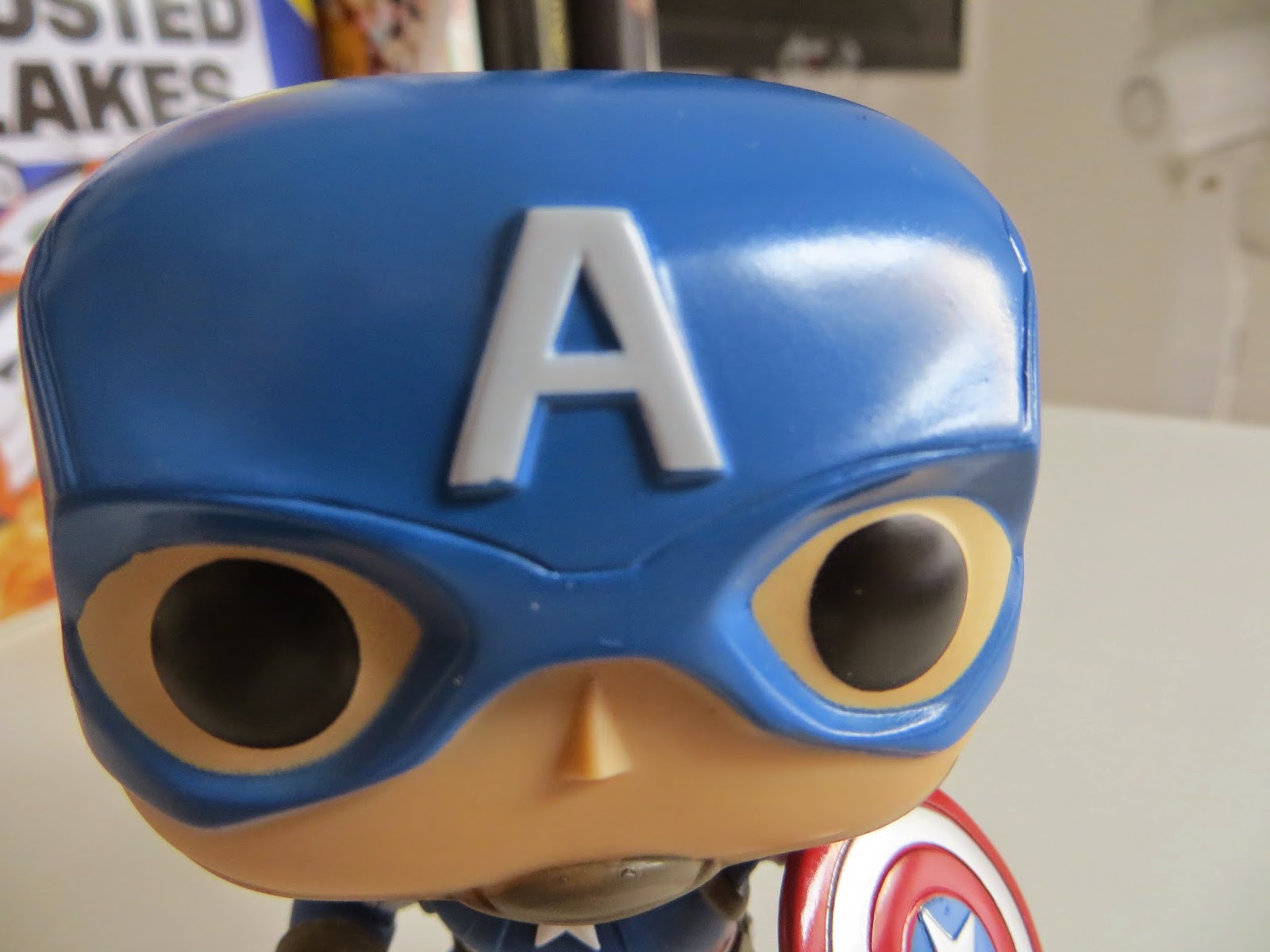 The mask is well done! Though I am probably gonna try to get the unmasked version too, once that is released! 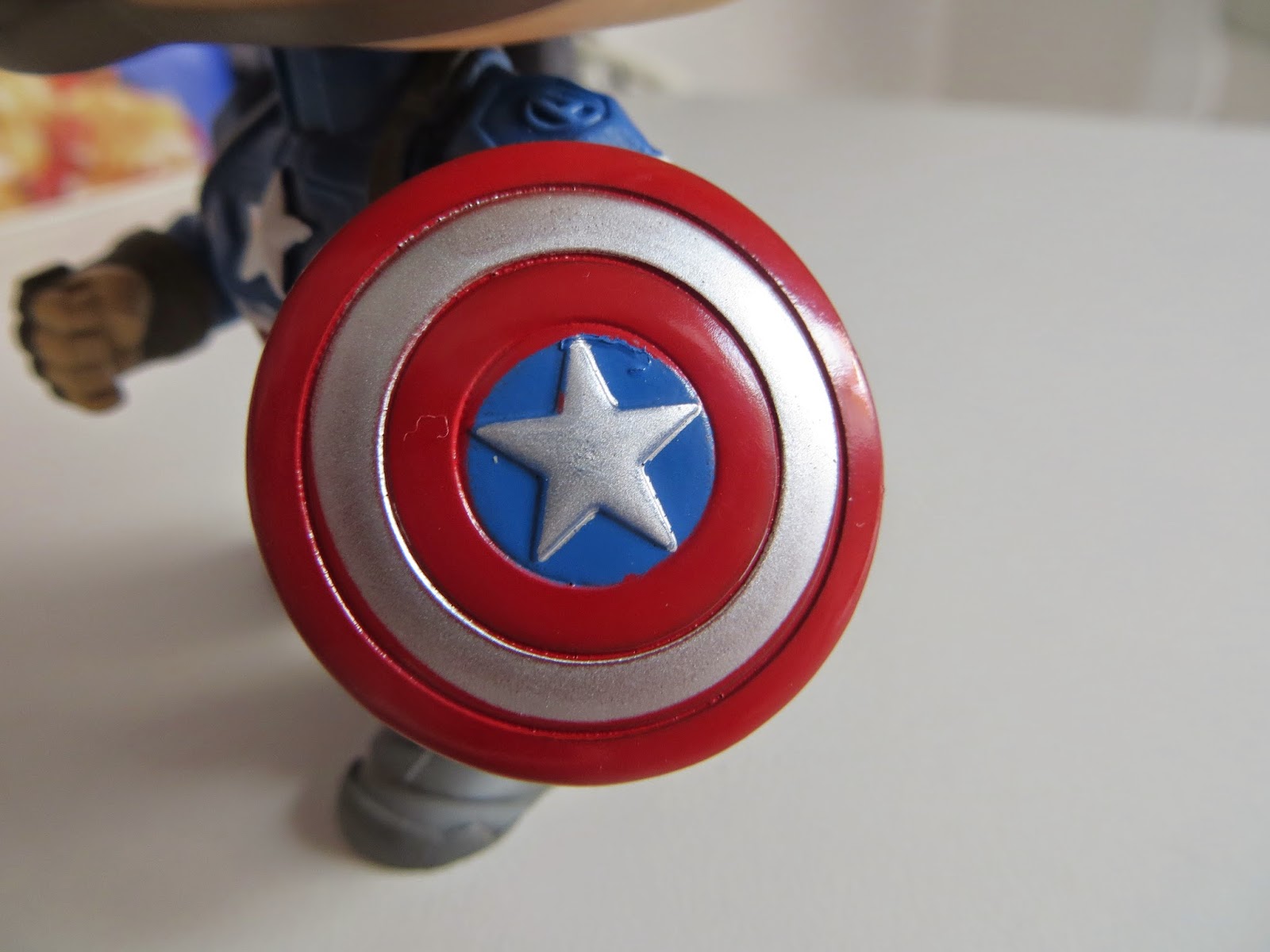 His shield is tiny and amazing. And the detail is spot on! 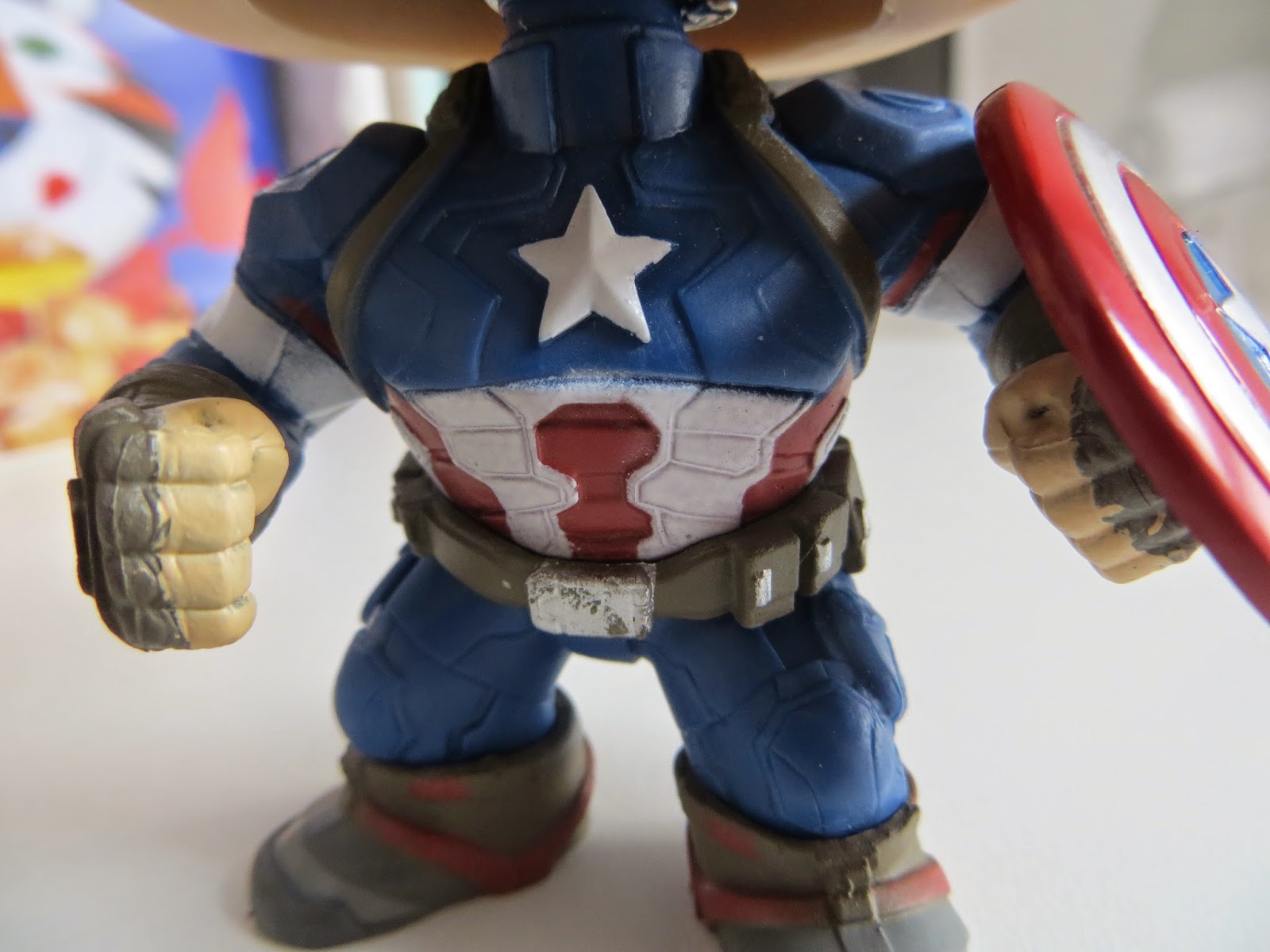 The paint work on his body isn’t amazing, though it is really tiny. I kinda like it though, to me it looks a bit battle worn! 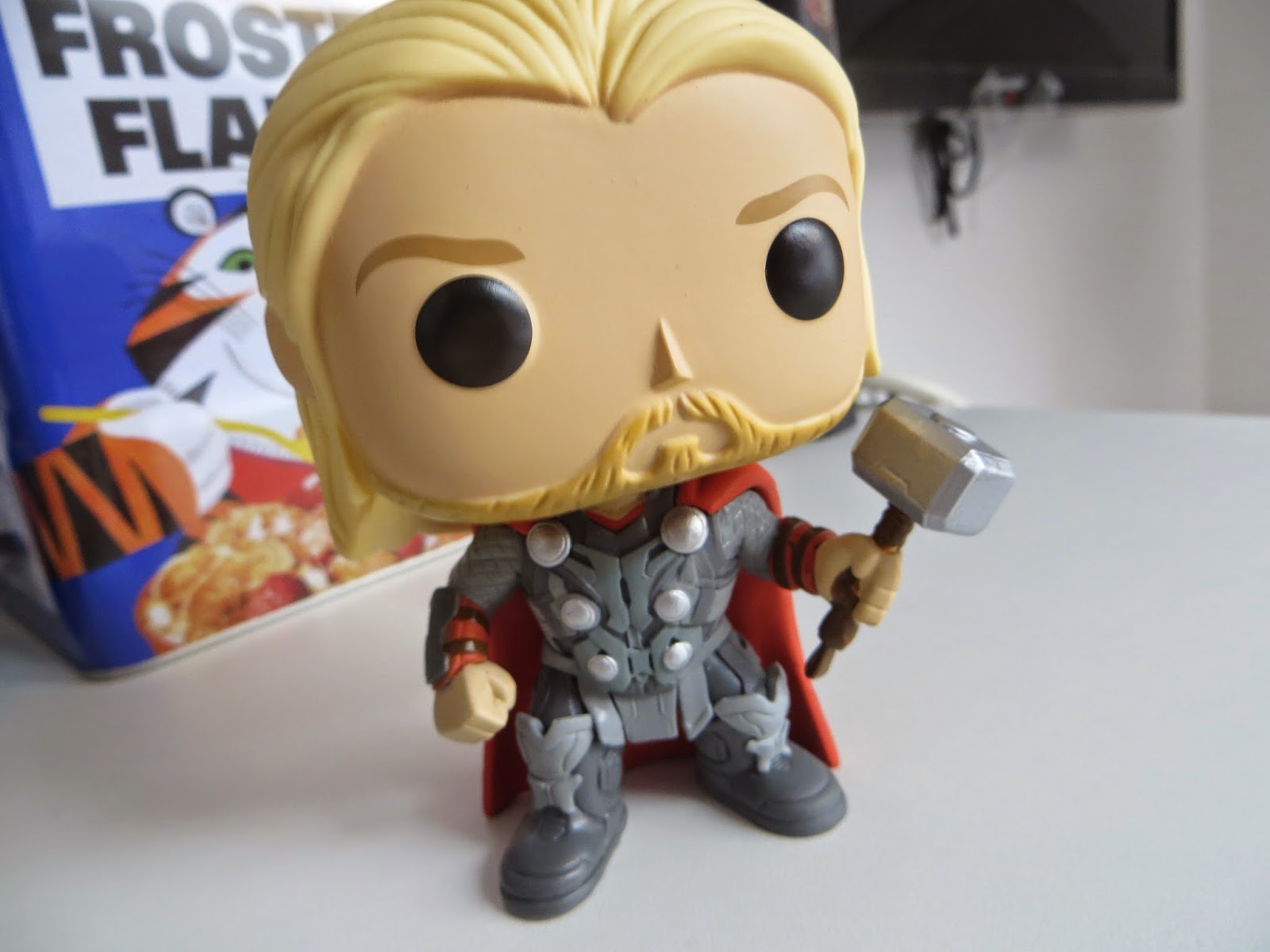 I did take a full body shot of Thor though! Look at his teeny beard! I love it! Thor is one of my favourite characters, though the films don’t tend to be my favourites, as I prefer the human world focused ones, though I do still love them. I love Chris Hemsworth as Thor, he absolutely nails it. Or should I say hammers it? I’m here all week everybody. 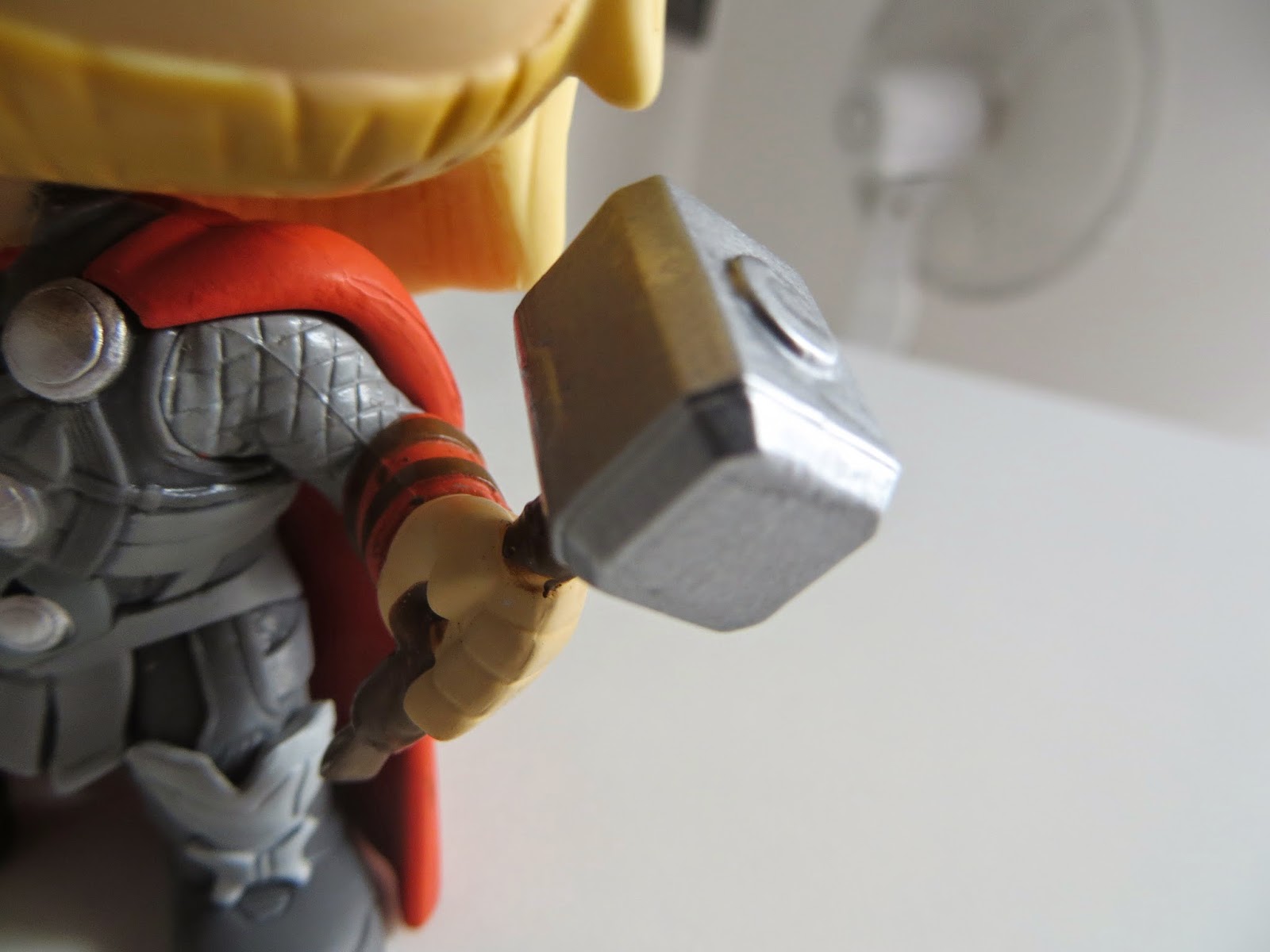 Tiny Mjolnir! Or as Darcy calls it, Meuwweuy or something along those lines. I don’t know how you type how Kat Denning’s pronounces Mjolnir, so I typed an M and smashed my hands into the keyboard.

There’s no real detail on it, but it looks the part! 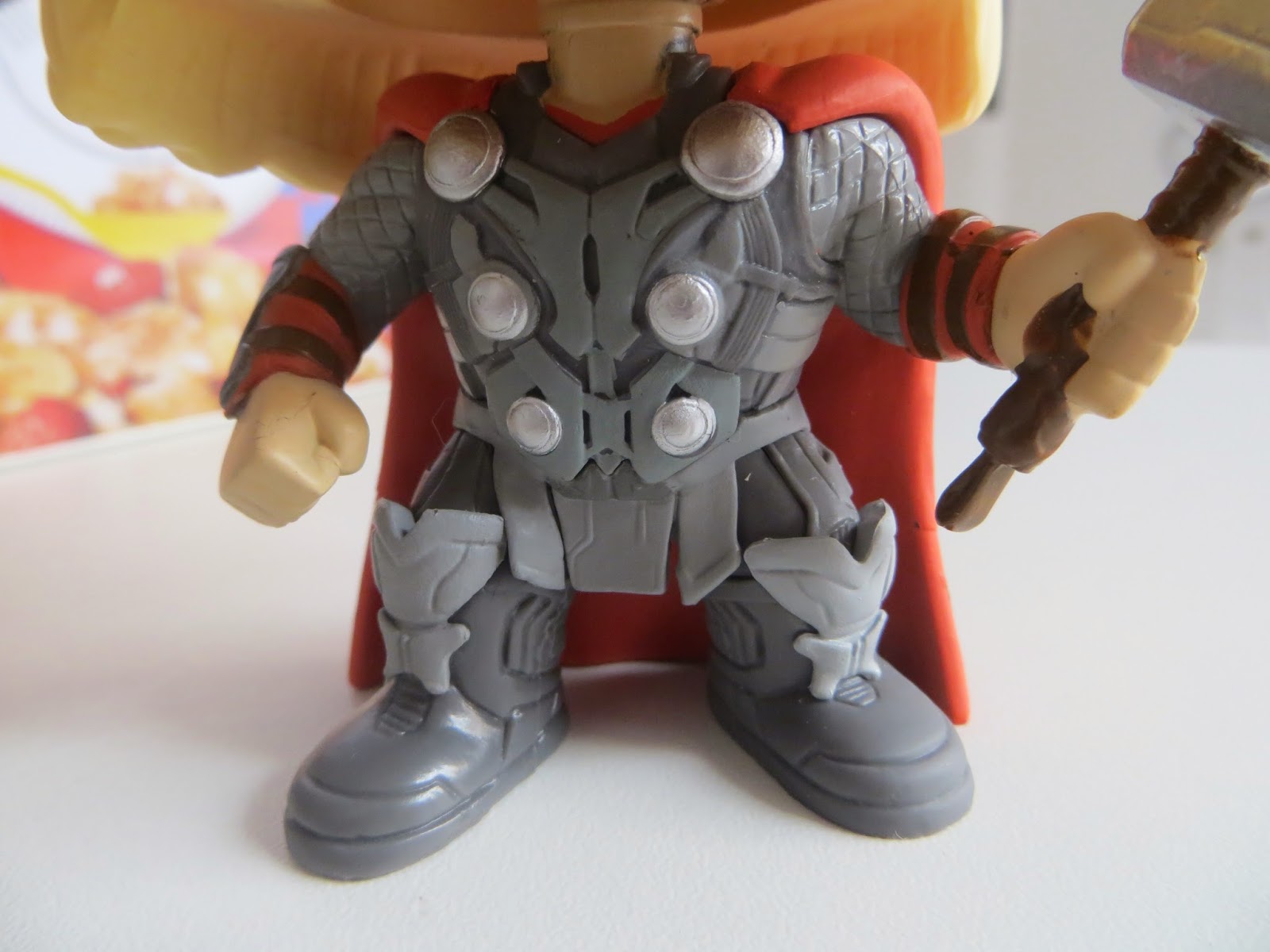 Teeny tiny Asgardian armor! It looks amazing! There’s a ton of detail, something that you wouldn’t expect from a figure of this size/price. 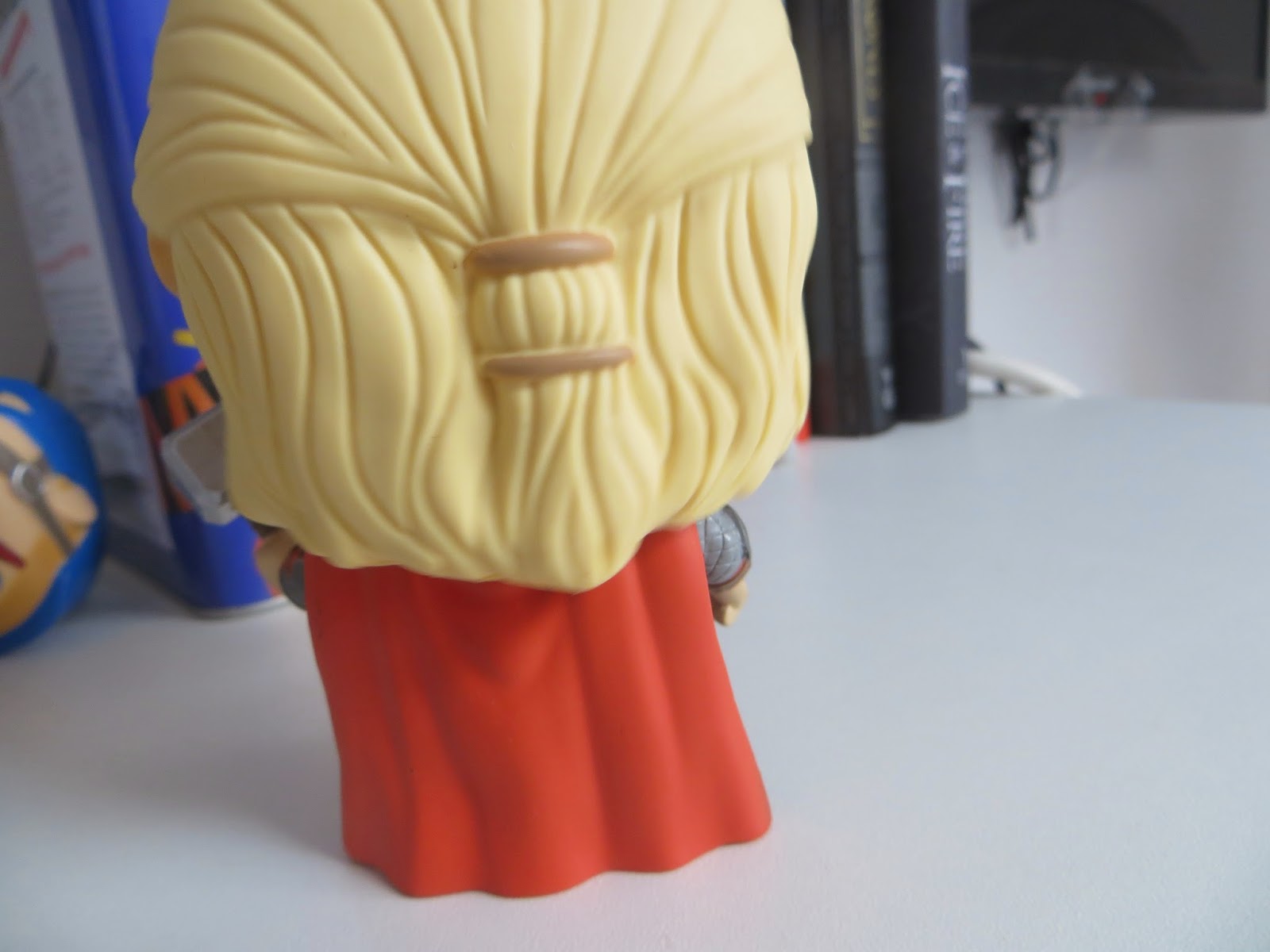 HIS HAIR LOOKS SO ADORABLE

How do they make a God so cute? 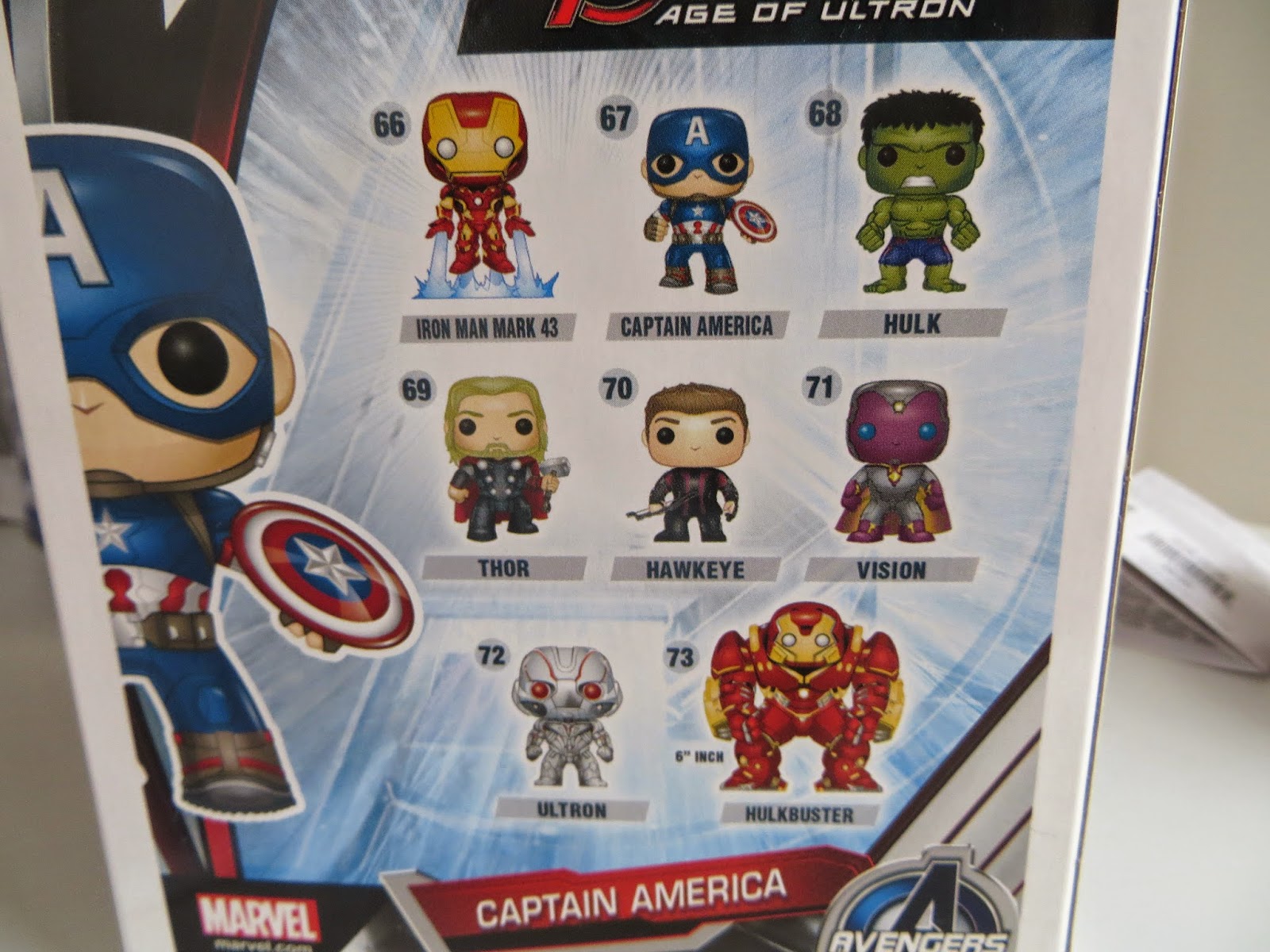 I want them all. But I must resist…and just get Iron Man, Cap, Hulk, Thor, Hawkeye and Black Widow when she is released.

I love them all so much.

I liked the way my desk looked today. It’s quite full at the minute as I’ve been on a bit of a reading kick, so here’s a picture of it: 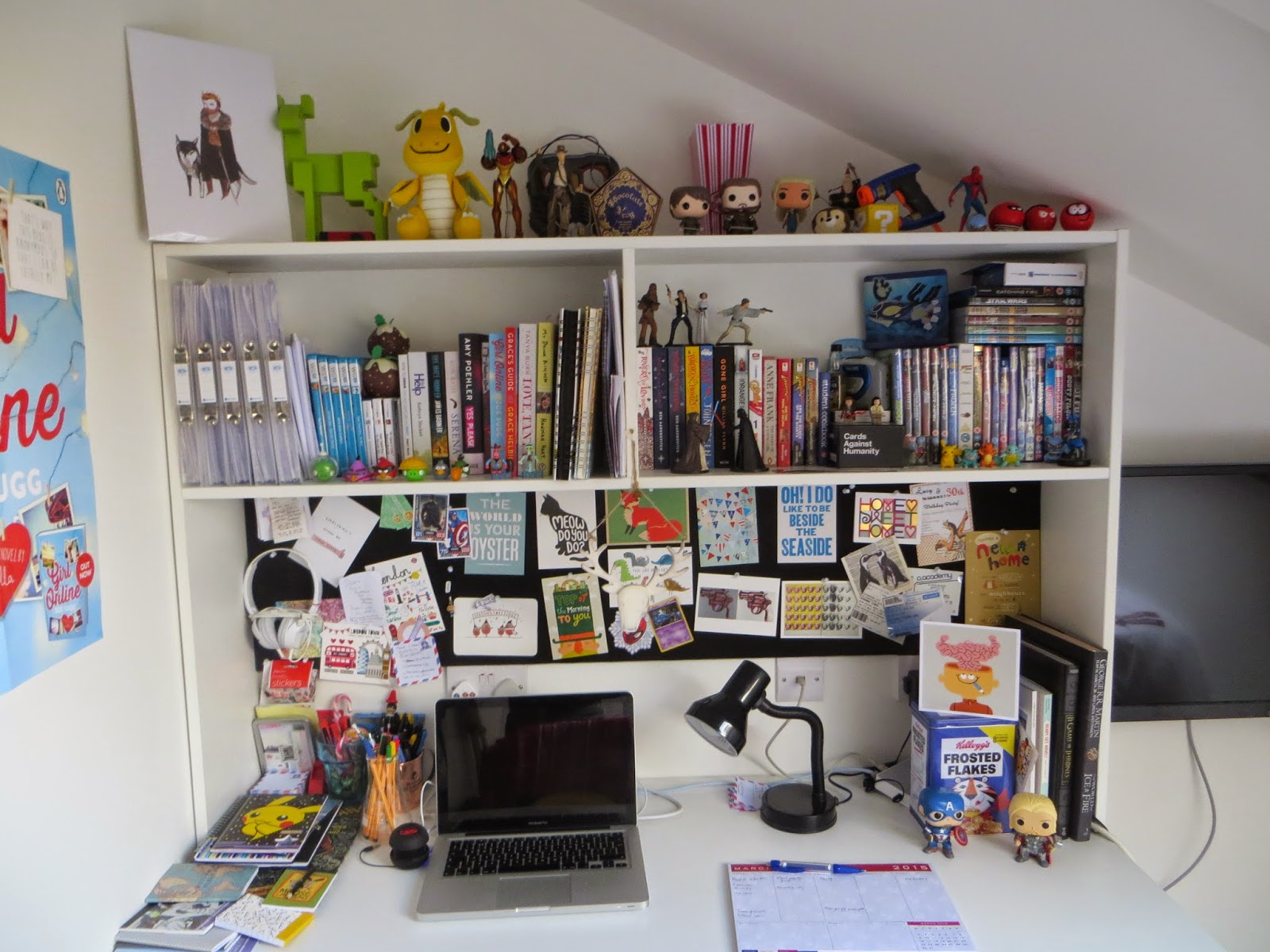 Also, I spent the entire time writing this blogpost listening to this:

Also, I uploaded a new video to my YouTube channel today, here’s that if you want to check it out:

Thanks for reading guys! See you later!

THE HILL OF CROSSES, LITHUANIA