Hello everyone, sorry I haven’t posted as much as I usually do! The days seem to be coming and going so fast, and suddenly it’s 5 days since I’ve posted anything. 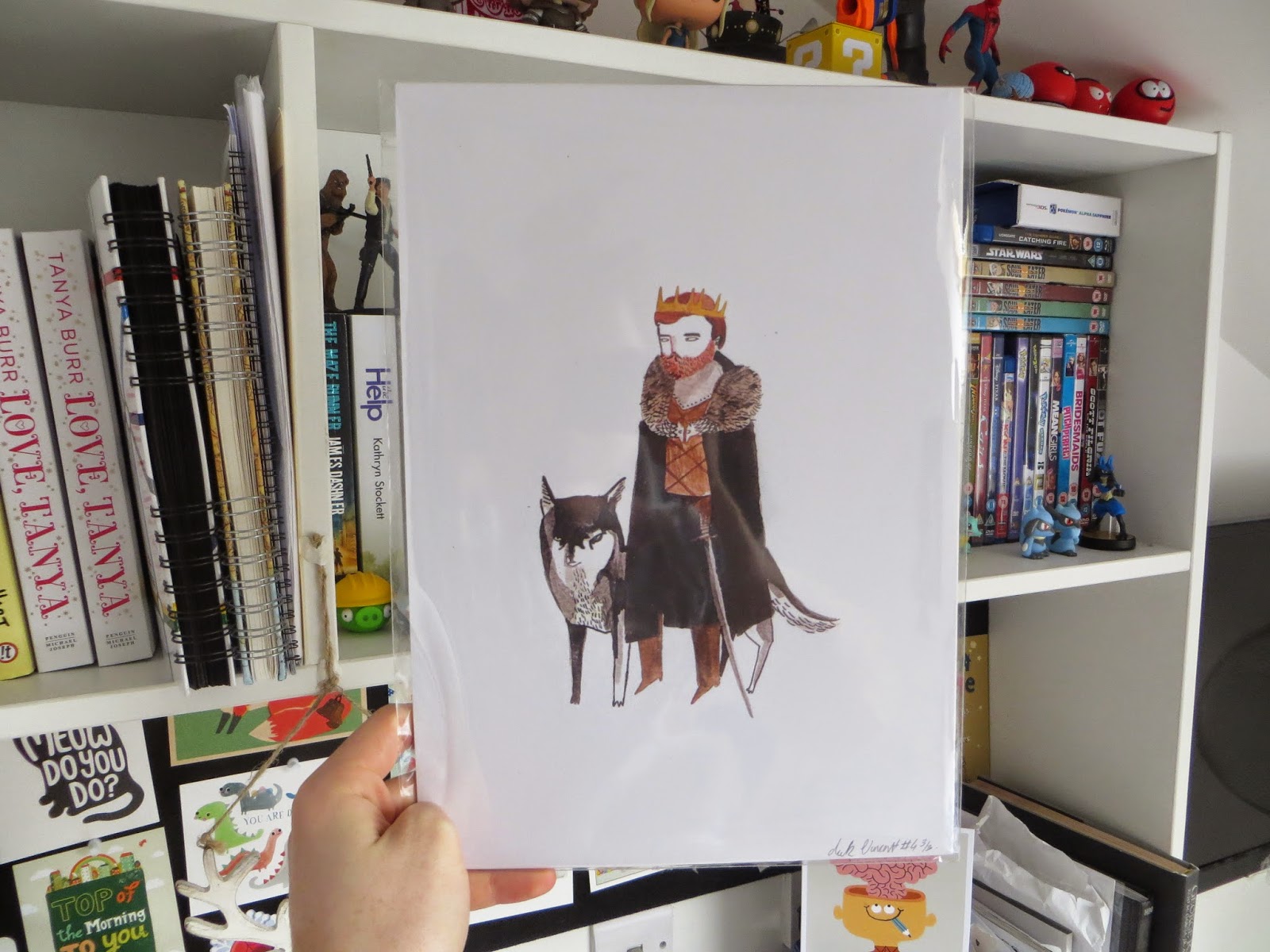 Yesterday, I visited one of my favourite shops in Liverpool, Nook and Cranny on Bold Street. I need to take my camera next time, to take some pictures to share on here, since it’s so nice and pintrest and has some absolute baller stuff. The cards are bloody amazing especially. 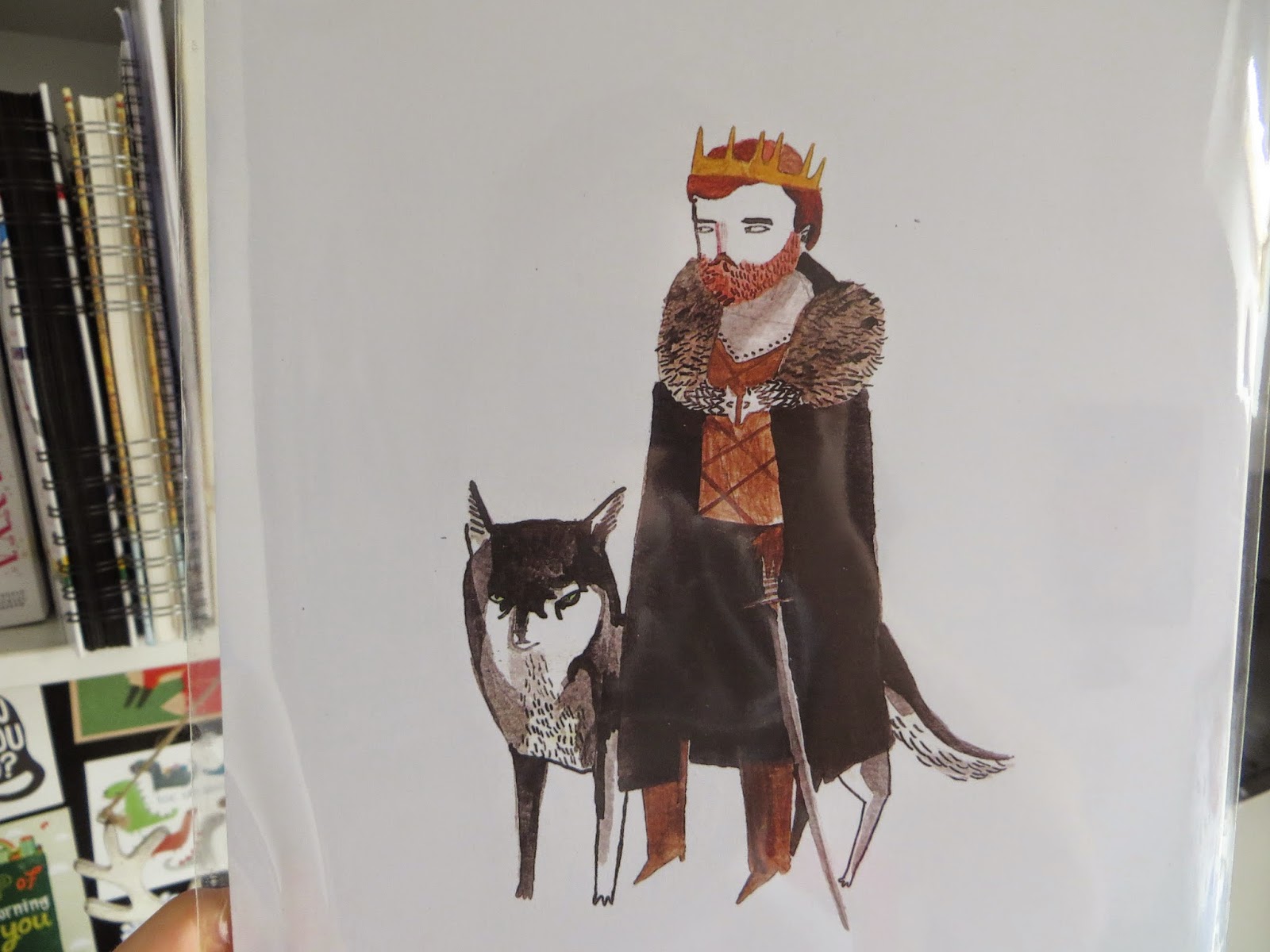 I have been after this Robb Stark print for AGES. I’ve loved it ever since I first saw this in there, but for some reason I’ve waited months to pick it up.

If you don’t know, Robb Stark is one of the main characters in George R.R. Martin’s book series ‘A Song of Ice and Fire’, also known as HBO’s Game of Thrones!

Robb is my favourite character, so this was a must buy. And I’m thinking the Arya Stark print might be as well. Because Arya is amazing and so is Maisie Williams. 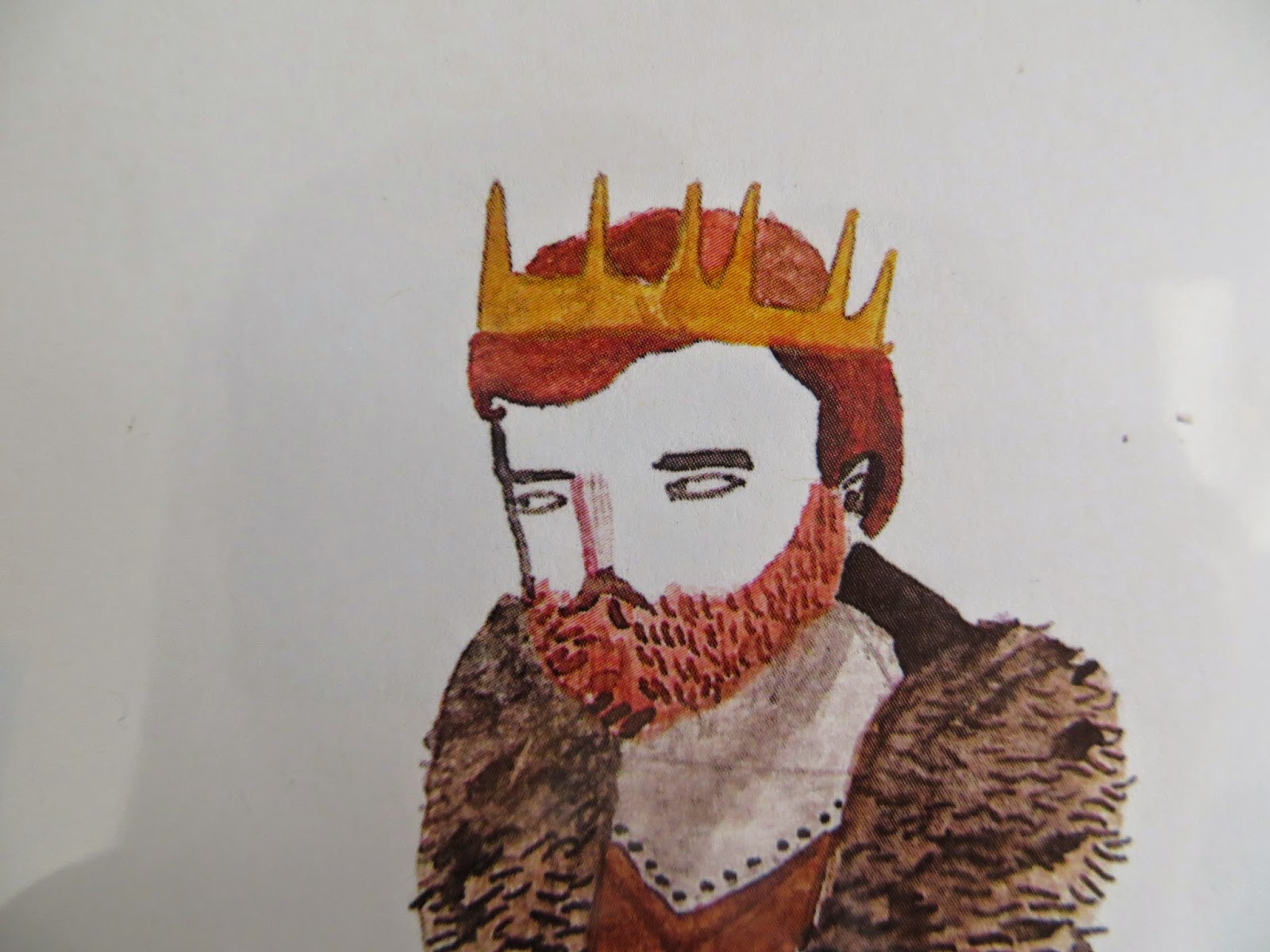 I feel like this looks like me, if I grew my beard out. Though I know it would never, ever look that luscious. That is the only word to describe it, and I’m really fricking struggling with how to spell luscious. 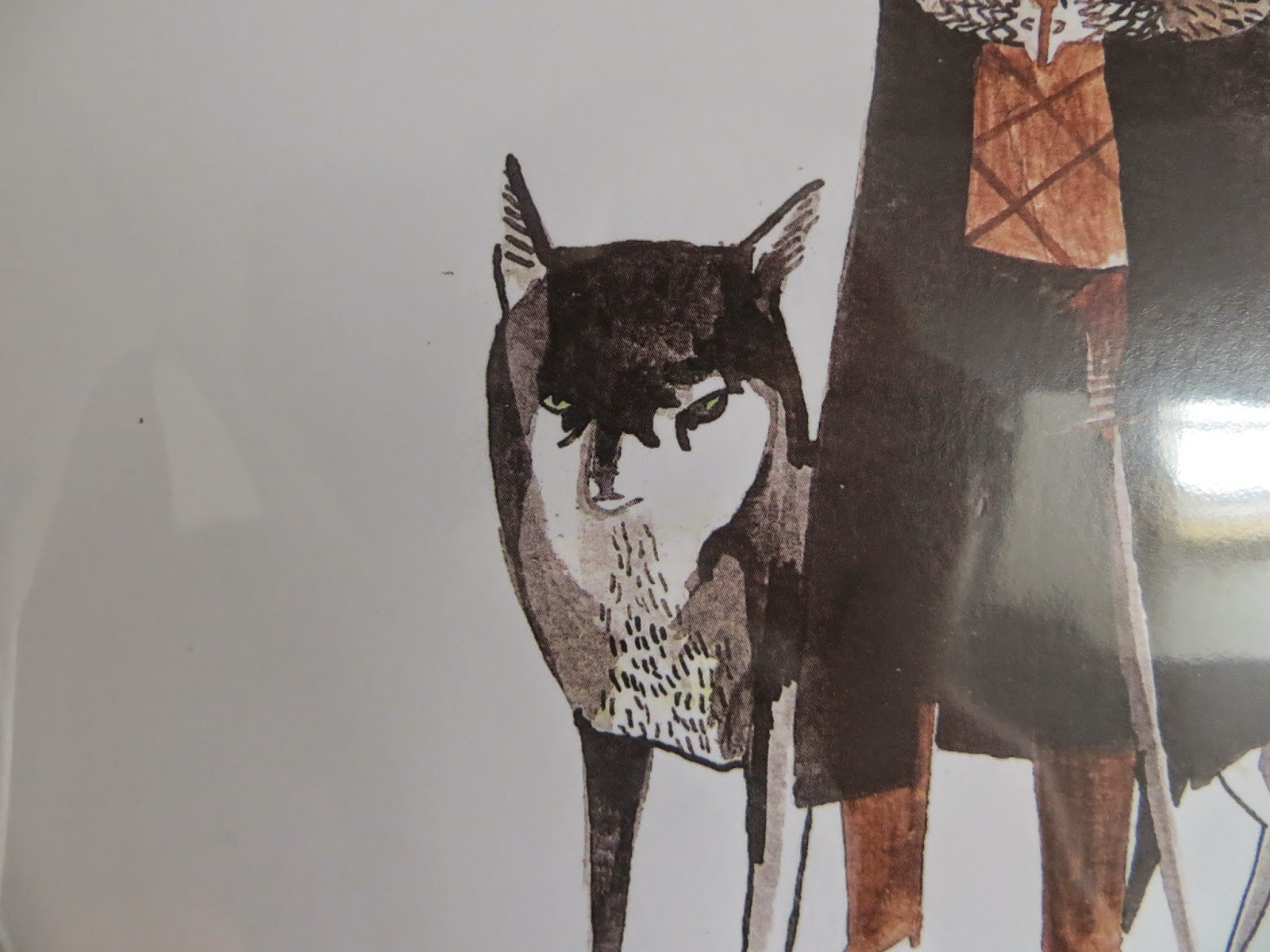 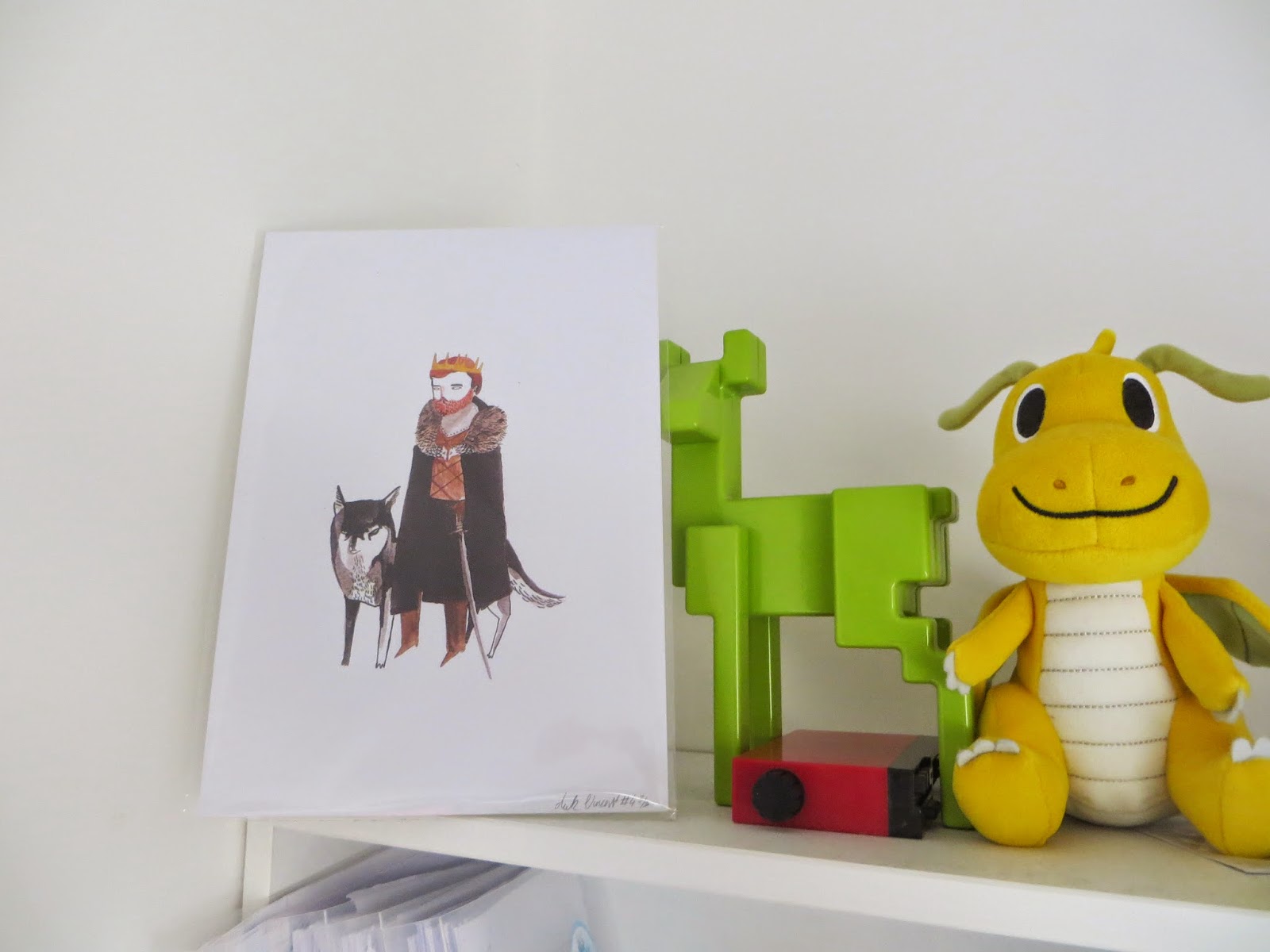 Until I find a frame for it, he sits up on top of my desk, with my IKEA deer, hipflask and Dragonite, one of the best Pokemon ever. I’ll fight you over that. 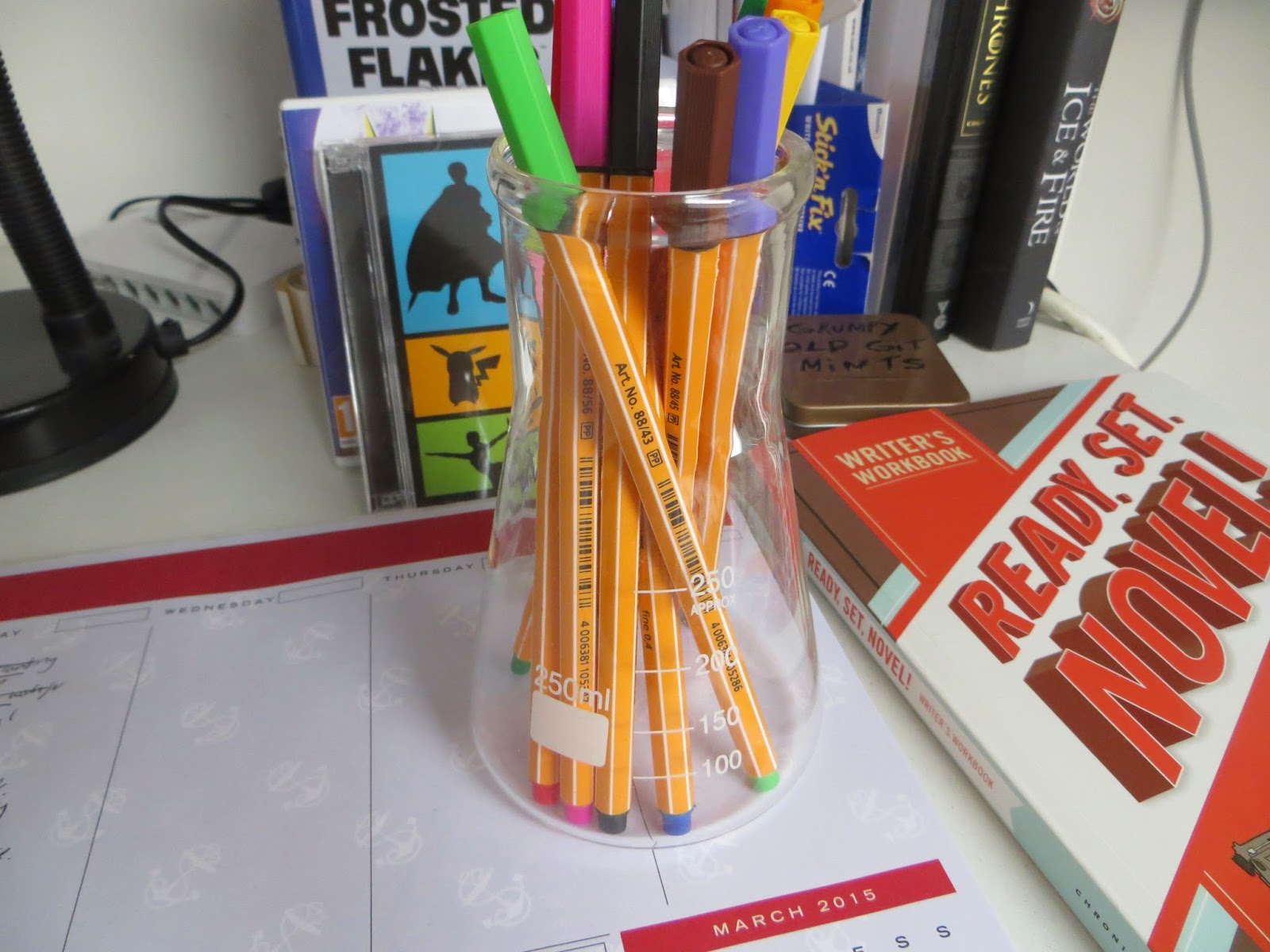 Also from Nook and Cranny, is this conical flask that I keep pens in. Looking back, it would have helped to have taken this photo on a slightly less busy background. 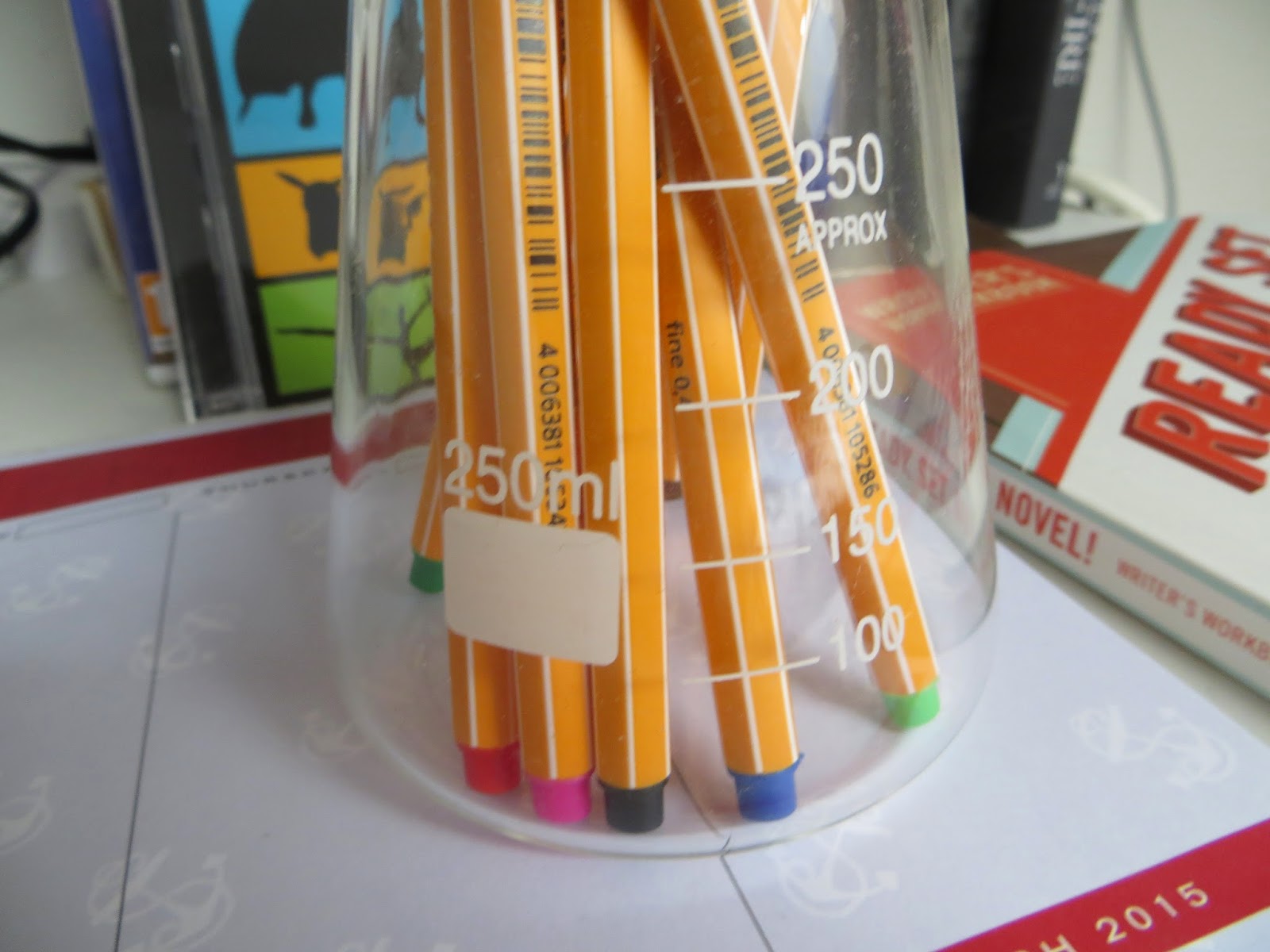 It’s all sciencey!! Kinda ironic that I have this since I’m pretty shit at science. I used to be alright, and intended to have a career in some sort of sciency thing but now it just baffles me. Like what the fuck is hydrogen? Gas?? That was breathe, but it’s in water too!?

16 year old me would be ashamed of myself.

Anyway, thanks for reading, and I’ll see you next time!