DON’T GIVE UP ON THINGS

Today’s post is a casual reminder to NOT GIVE UP ON THINGS.

So I used to run a lot. Like 3/4 times a week. And I did this in anticipation of doing a 5 mile run, which I ran and completed, without struggling too much! After that, I just stopped running. I had no goal in mind and never did it.

Here we are 2 years later, I went on a 3 mile run this afternoon. Which required a lot of stops and a lot of panting in front of many, many people, because it was 1:30pm in a city. If I hadn’t completely cut running out of my life, this wouldn’t be something I needed to do! Whilst, I am loving getting back into running, imagine how good I could be if I never stopped! I could have done 10kms, half-marathons, maybe even a full marathon!

To argue against myself, because I’m a law student, and it is engrained into my very bones to criticise everything ever, I gave up practicing archery and I don’t regret this. Because I only had one friend who went there, she began to stop going, and it was at a really awkward time, I mean, who can be bothered doing sports from 8-10pm on a Wednesday? And to be honest, I wasn’t amazing, and as far as I know, I’m not being sent into the Hunger Games anytime soon. May the odds be ever in my favour.

Wednesday night is reserved almost exclusively for pub quizes and bed. It was reserved for 2 for 1 cinema deals, R.I.P in peace Orange Wednesday. If you’re not British you probably have no idea what that is. It was magical, and slipped from our grasp too soon.

However, I’m now going to talk about another thing I regret stopping. Law student arguing is back once again. I bought an electronic piano, this is different to a keyboard, and whether you ask or not, I will explain this every single time I bring it up. I bought this last summer, with inheritance from a family member who had sadly passed away. I wanted to use the money to do something, to learn something. I think it’s a nice thing to do with inheritance, rather than me shove it into my bank account and spend it on Tesco meal deals.

I’m getting a little sidetracked, but anyway, I taught myself all summer, I was still crap. Like really shit. I barely used the # (sharp) keys, and barely moved my hands along the piano. Then I moved to Liverpool for University, and my piano stayed at home. I hardly ever touch it now. Just this weekend, I was home, trying to play Let it Go, and oh dear lord. After about 40 minutes I could play about 4 notes. This was even harder because I had forgotten how to read sheet music.

All those hours I spent ingraining what each and every music note meant, and turning it into letters and music in my head, were gone! I kinda remember. Kinda. Not much at all. Which sucks, because I’m going to have to learn that all over again!

This has turned into a long ramble, for me to conclude saying: don’t give up on things. Keep at them if you want to. Don’t stop because of arbitrary reasons, keep going! Your future self will truly thank you for it!

P.s Running around Liverpool is cool AF because I get to run past amazing places like this: 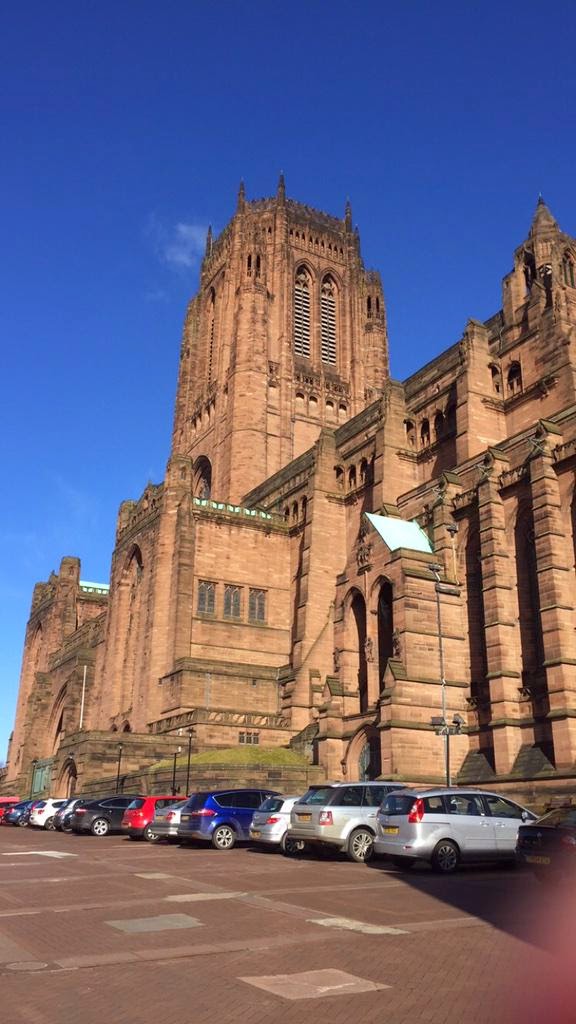 The Weight of Blogging