Welcome to day 2 of my staycation! If you missed day 1, you can read that here.

Saturday began with a bit of a lie in. Always amazing.

The weather in Liverpool had been quite crappy, for lack of a better word. Very rainy, cold, a lot of snow and hail. But as of this weekend, it has improved massively! Blue skies, sunny, and just cold enough so that you’re not annoyed about the weather.

Although it then became insanely windy.

Still sunny and dry though, so I can’t complain!

The day started with a selfie taken with my selfie stick. People judge selfie sticks but they are SO MUCH FUN. 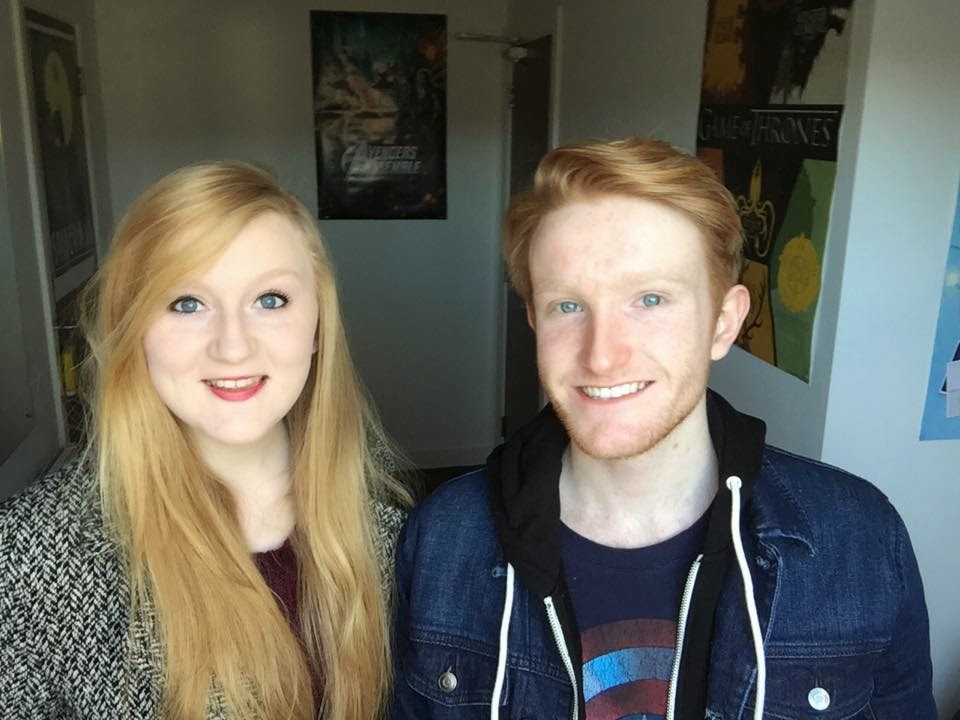 Then a walk to the Metropolitan Cathedral on Brownlow Hill. Despite walking past this almost every single day, and having been into the crypts quite a few times for exams, I’d never actually ventured up the steps and walked around it. 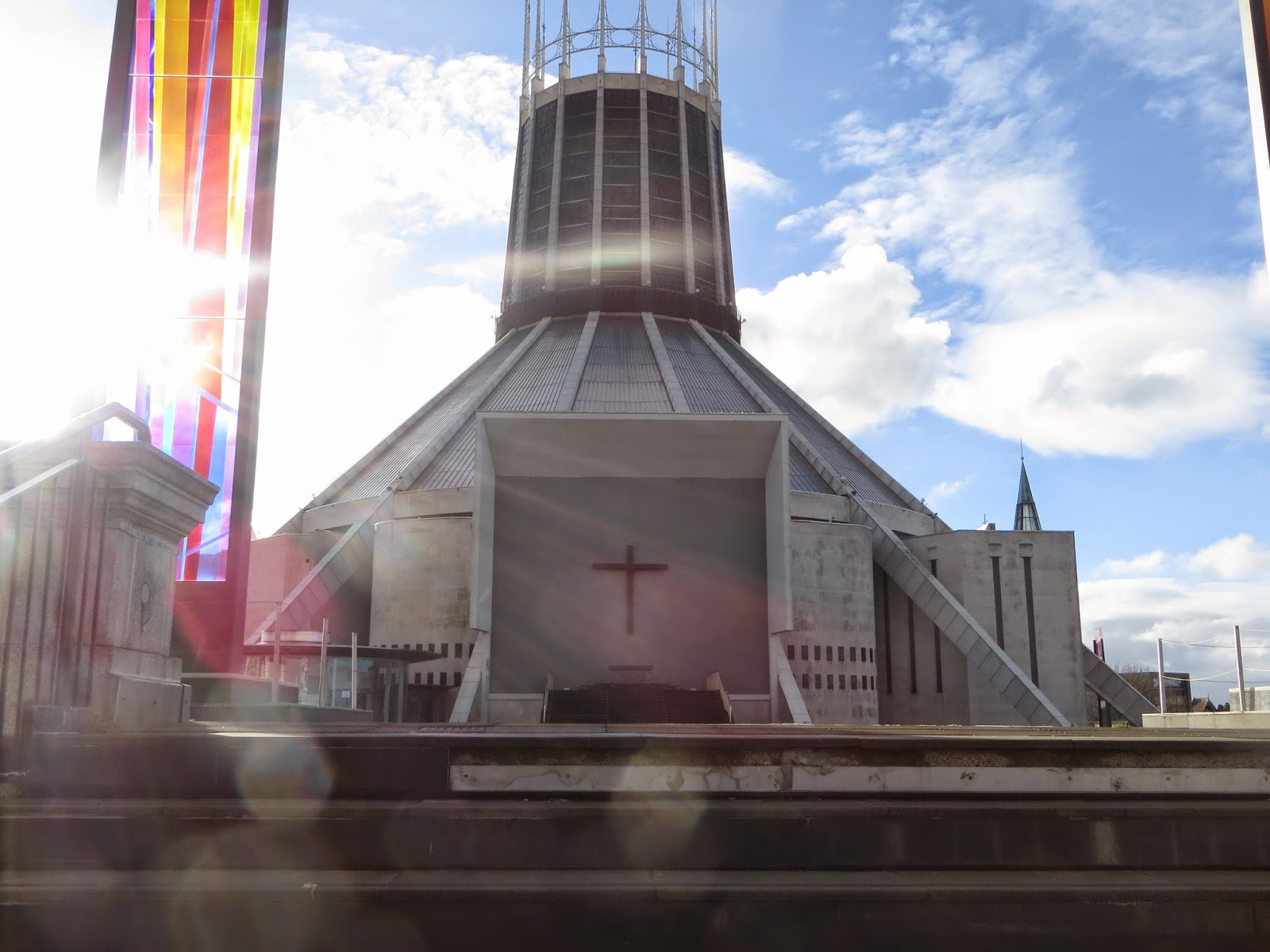 I think this may be the best photograph I have ever taken. 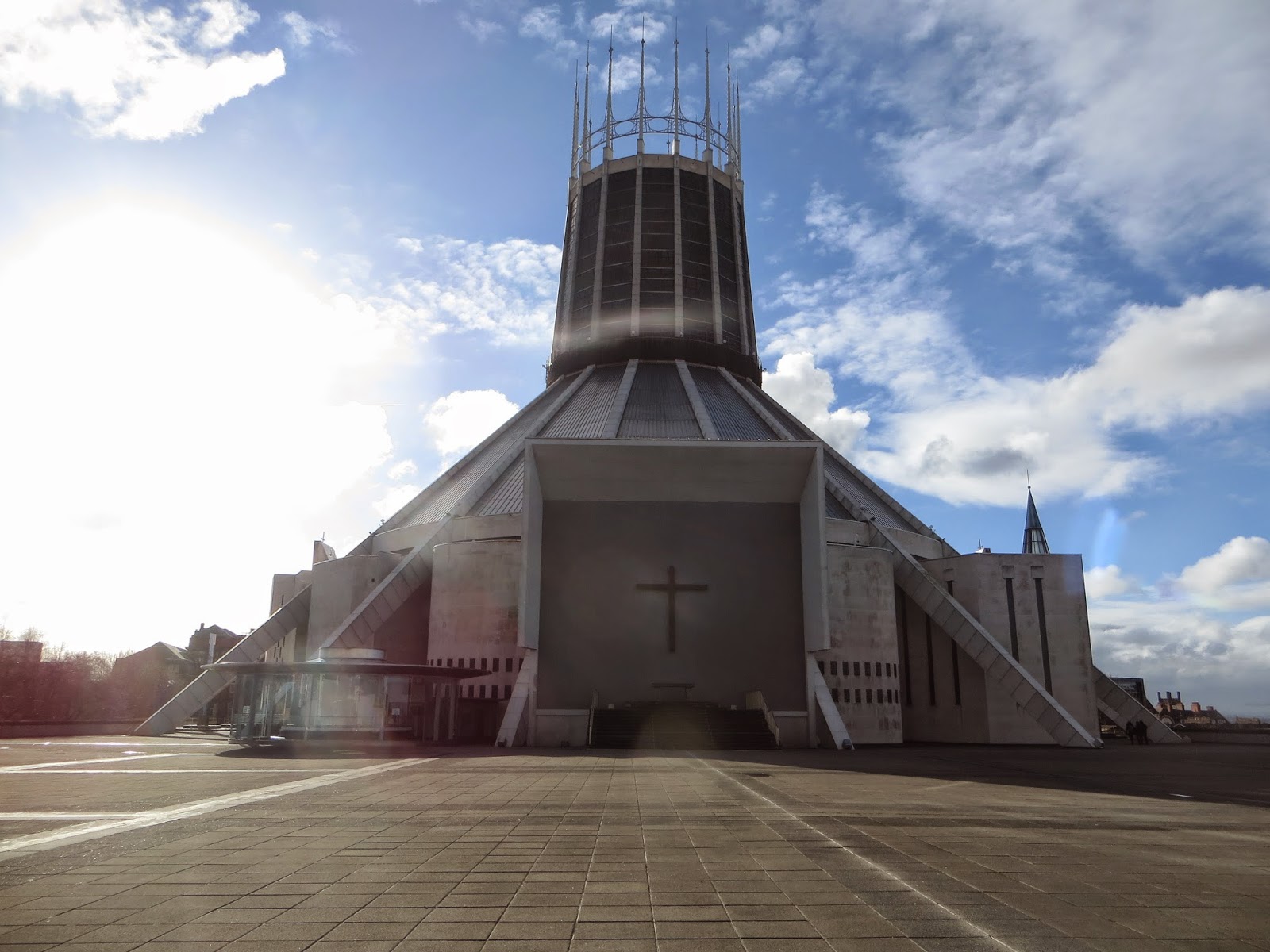 The Cathedral is incredible. And you can see how nice the weather was in this shot! I didn’t expect the area around it to be so big. It was absolutely massive. 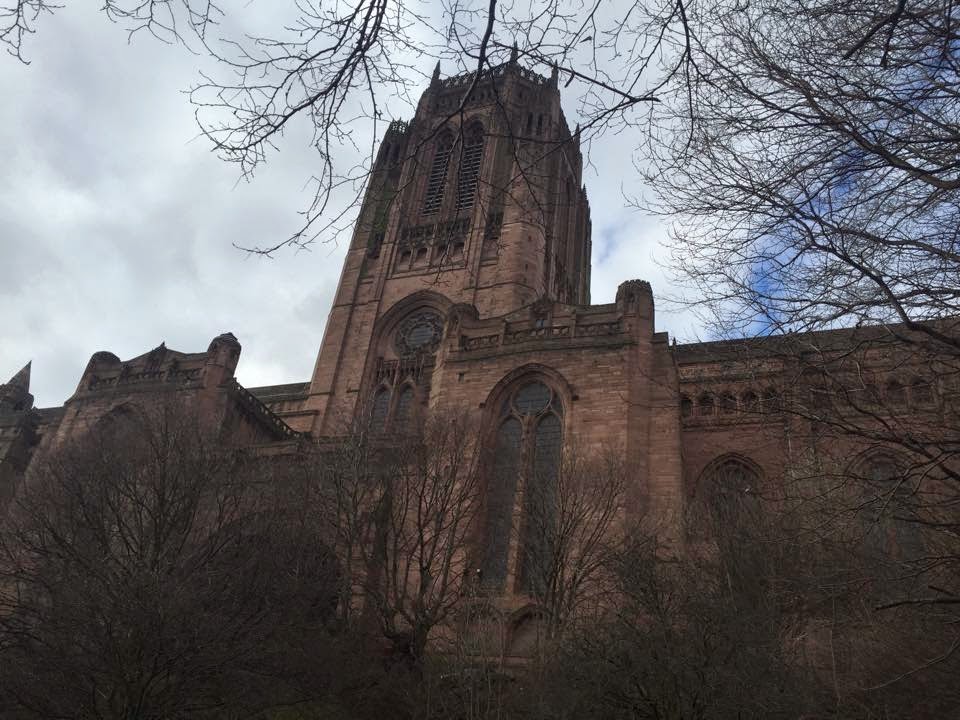 In true Davey Granger fashion, we arrived bang on time for a service that we were not attending. So instead of interrupting that, we walked around the gardens/cemetery. 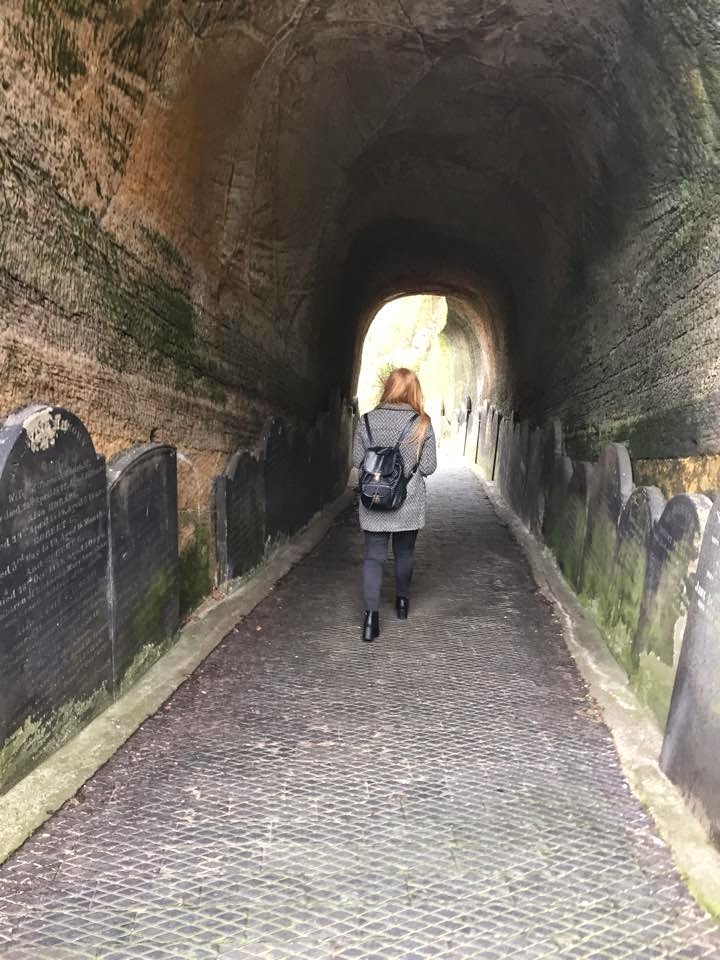 It is the most interesting cemetery I’ve ever seen! It’s dug in beneath the cathedral almost. It’s bizarre being in a garden that is surrounded by trees and so low down in the middle of a city! 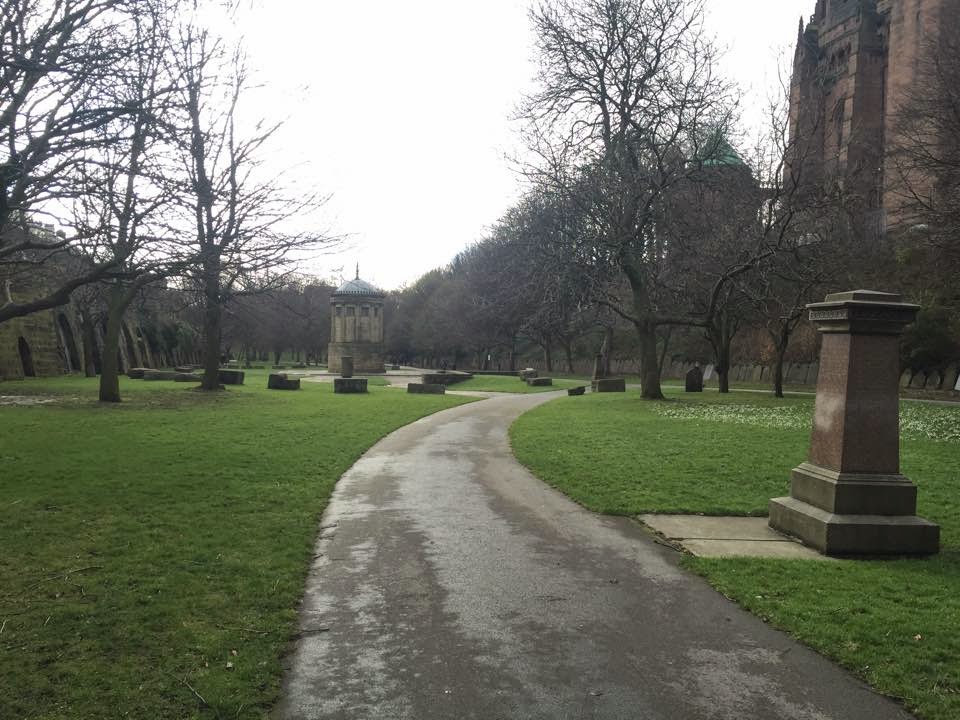 They’re really beautiful, I’d like to go have a walk through there again. I’m definitely going to take some inspiration for my book from here.

The stain glass windows are the biggest in England, and they’re very, very pretty! 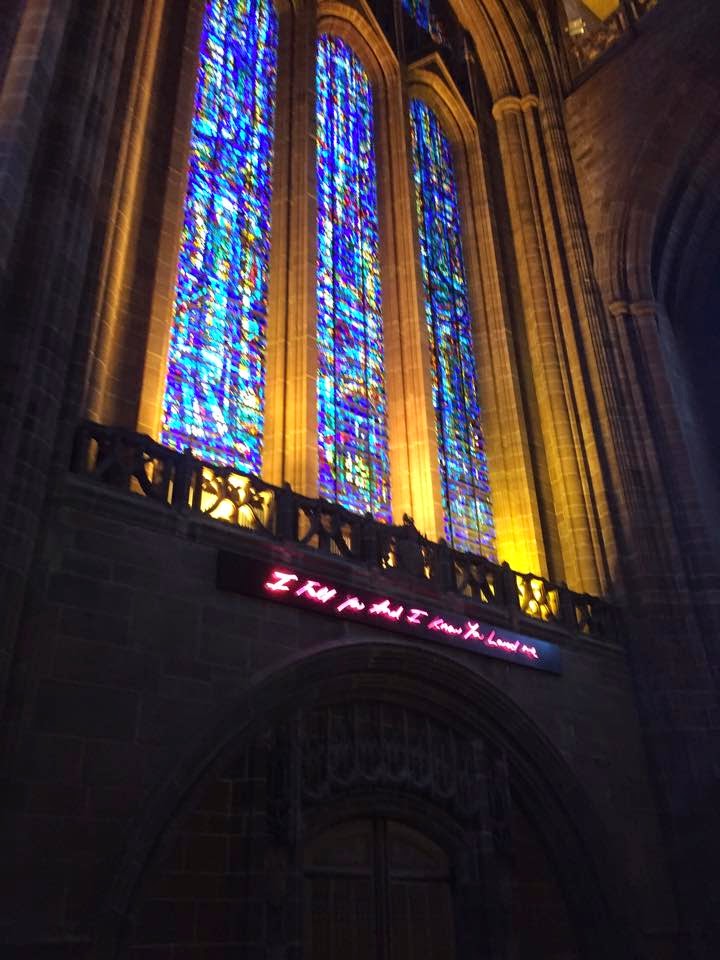 You can go to the top of the Cathedral for £5, or £4 if you’re a student, which I think is an absolute bargain!

However by this point, it was insanely windy, which made getting to the top of the cathedral interesting. It takes a very narrow lift, a thin exposed brick hallway, a lot of stone stairs above the main atrium of the cathedral, another small lift from the 5th to the 10th floor. And then this is where things get weird. 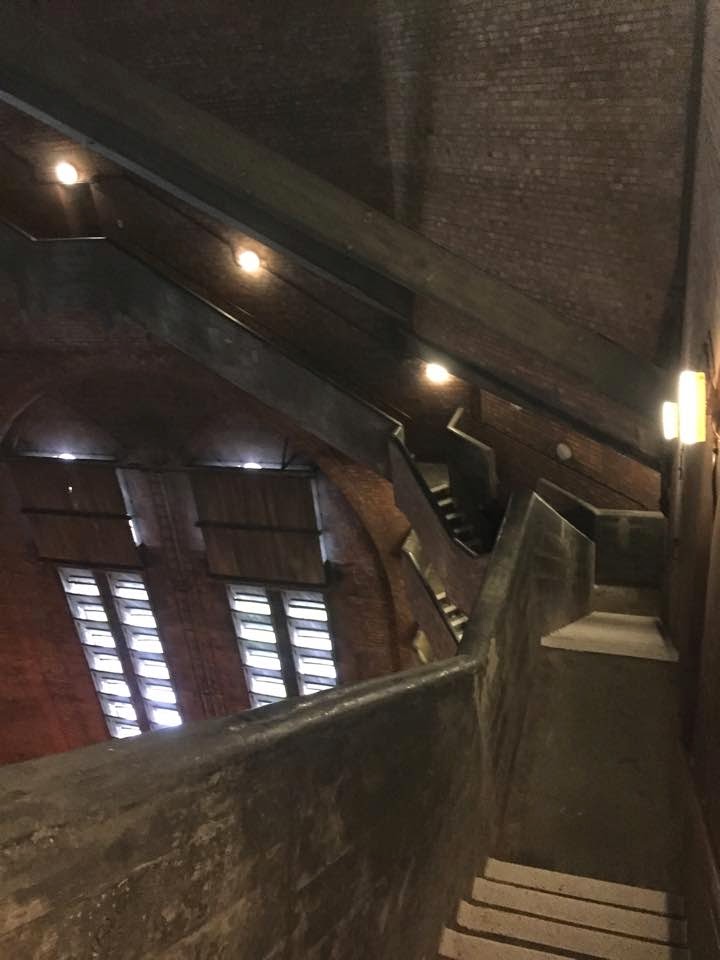 There are 108 stairs from the 10th floor to the top. Below you are the cathedral bells. The staircases are very narrow, the wall protecting you is kinda small, and it’s windy as hell since parts of it are exposed! It was an experience. But super cool. It felt like we were in a video game going to the top to fight the boss.

I recently finished Ocarina of Time and you pretty much do that. 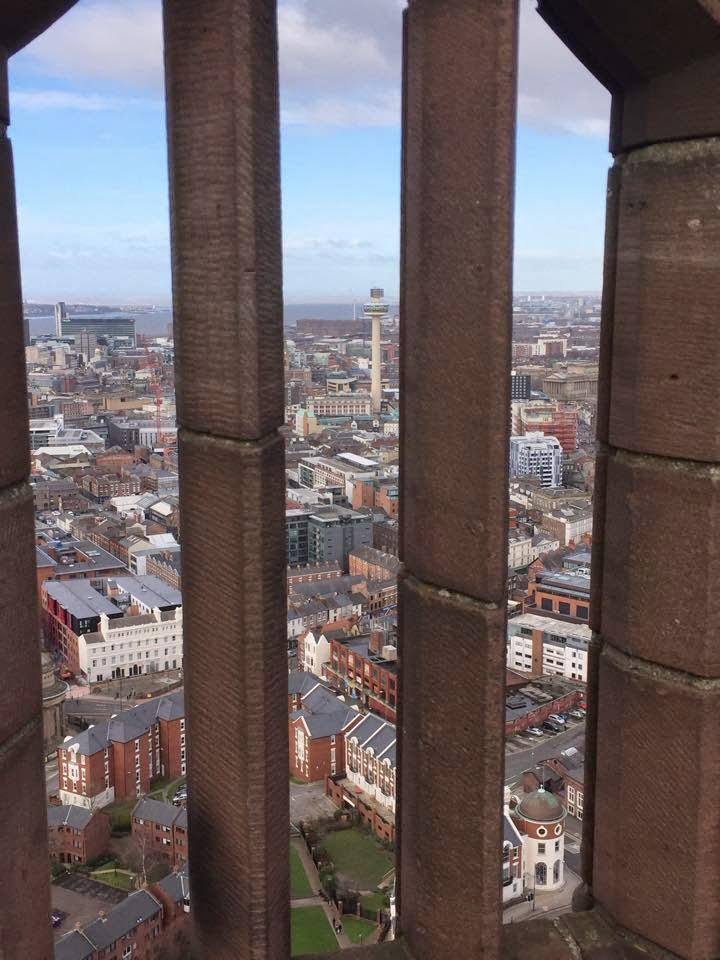 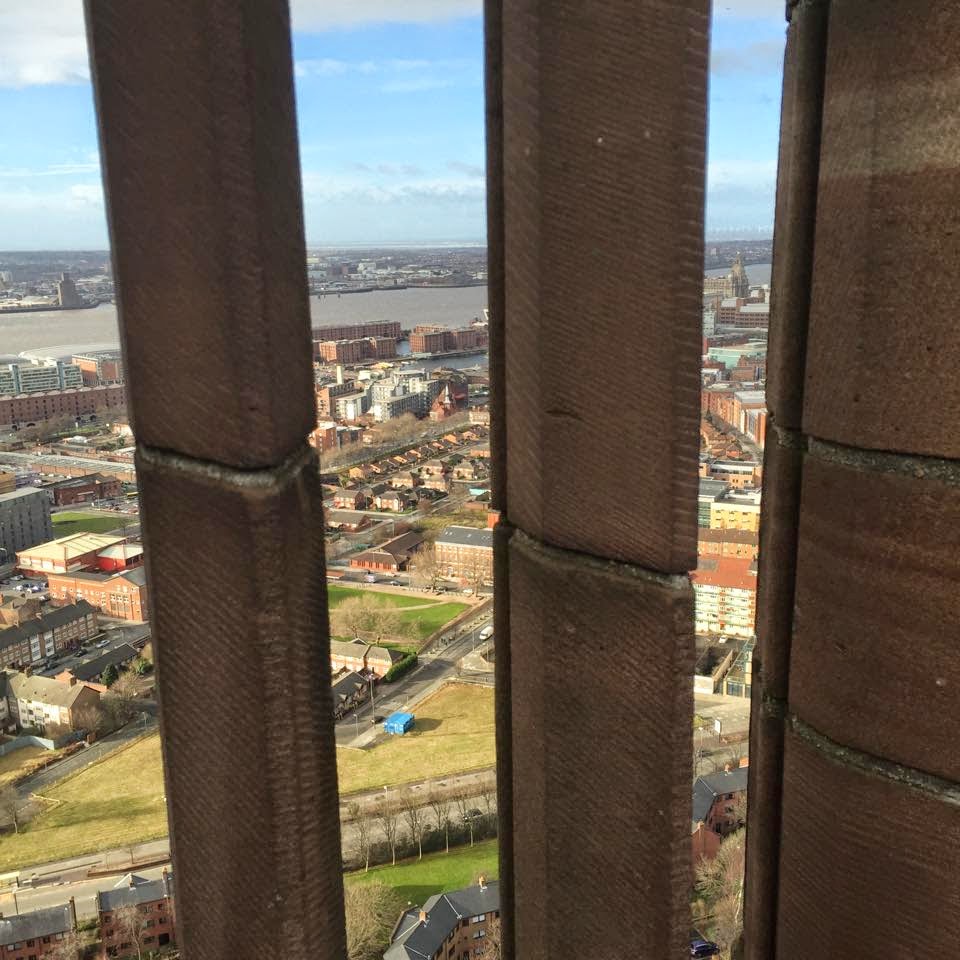 The view from the top is amazing. I wish I had better photographs, but as it was so windy, I didn’t really want my phone or camera to be close to falling off of the cathedral! 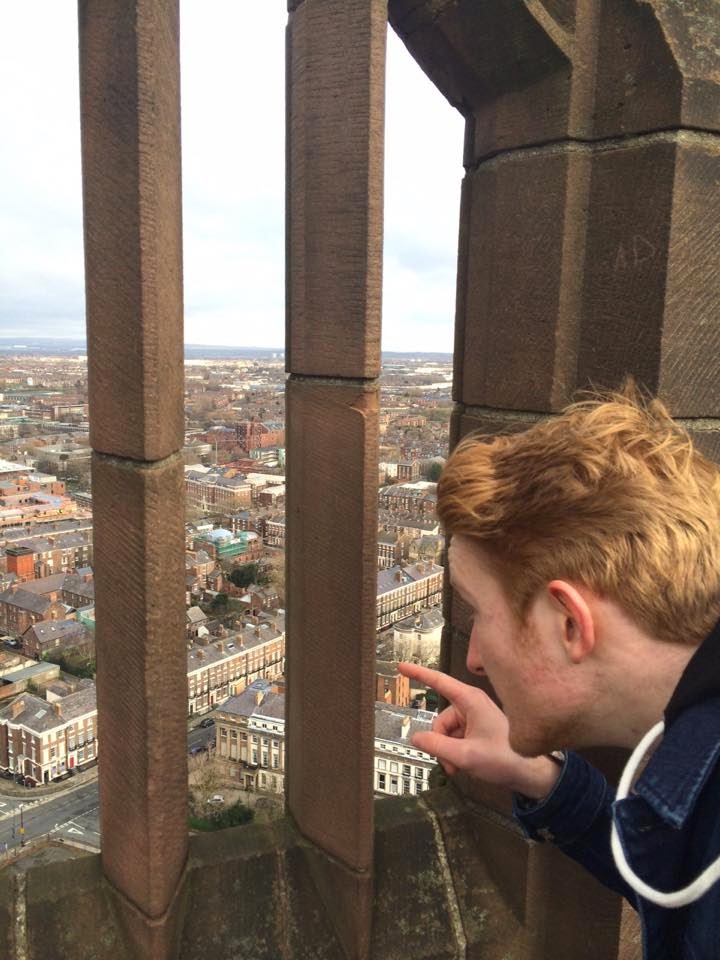 This is the moment I realised that I could see my flat from the top! 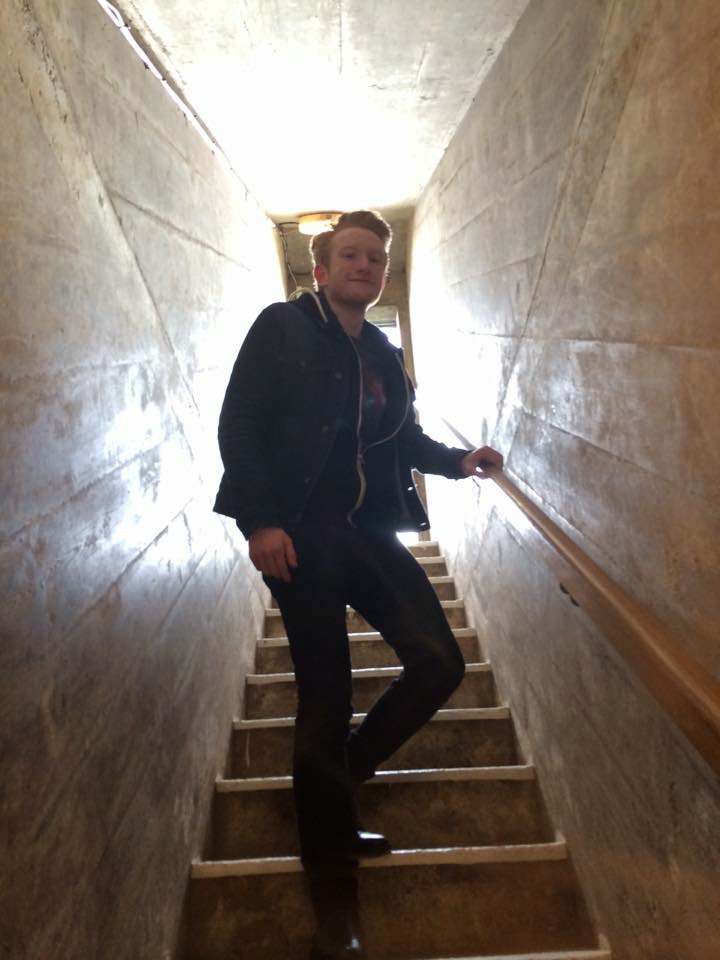 Looking swiggity swag as we begin to go back down the stairs. This part was pretty much a wind tunnel.

Despite not being very religious, I have a bit of an attachment to this cathedral. My Nanna on my Dad’s side had a massive painting of it in her home. She died rather suddenly almost 9 years ago now, and she was the Grandparent I had always been closest to.

I’m not entirely sure where it is now, it will either be somewhere in our house, or my Uncle’s I guess. 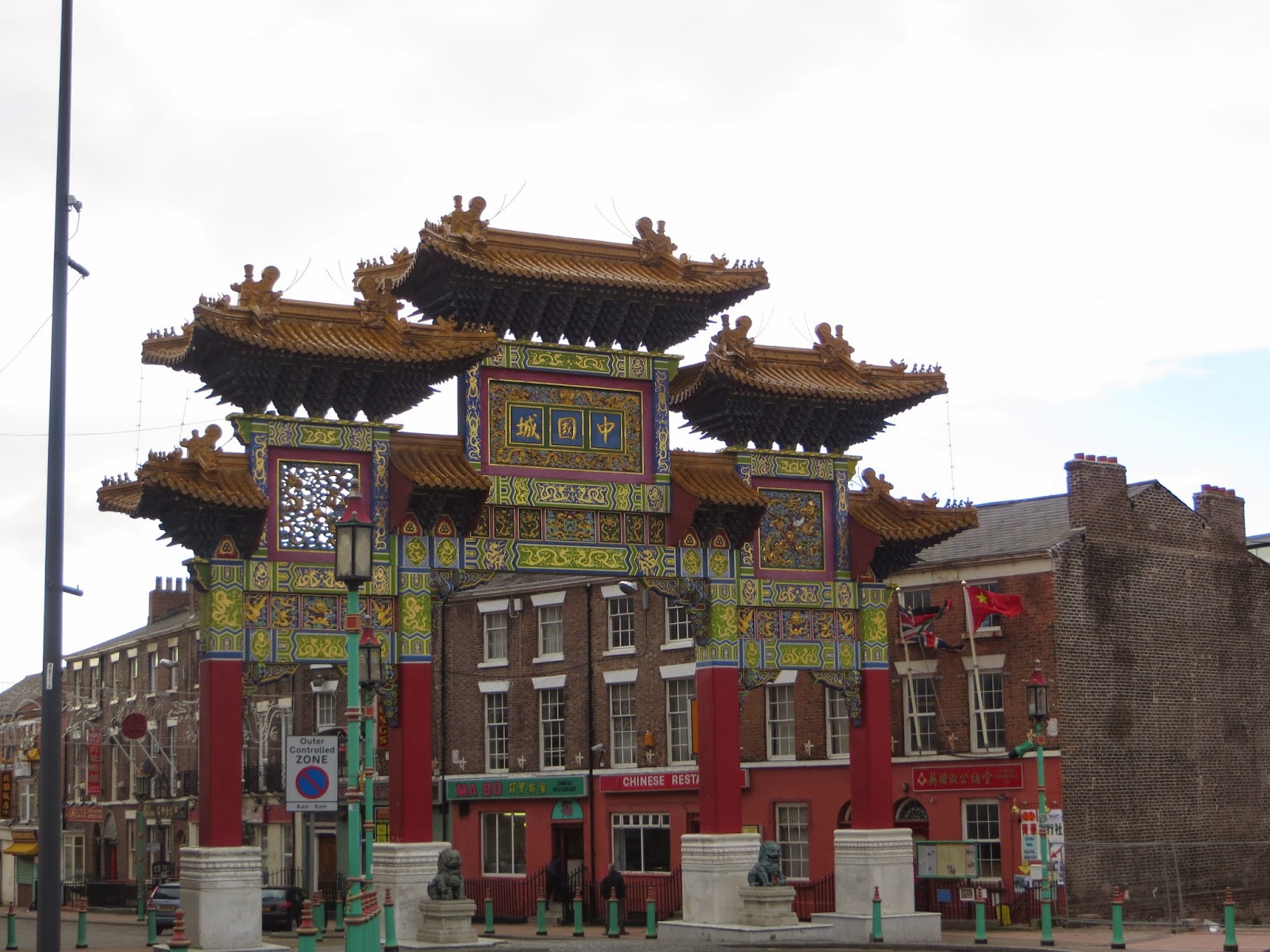 We popped into China Town for a little bit. I hadn’t been in years! Fun fact: This arch is the biggest in the world outside of mainland China!

The bulk of China Town behind the arch was restaurants, which were all shut. It was disappointing. So we immediately left, and went to some Chinese/Asian shops in the surrounding area.

There are a lot of Chinese supermarkets in Liverpool, in one of which, I bought this incredible Avril Lavigne Ice Tea. 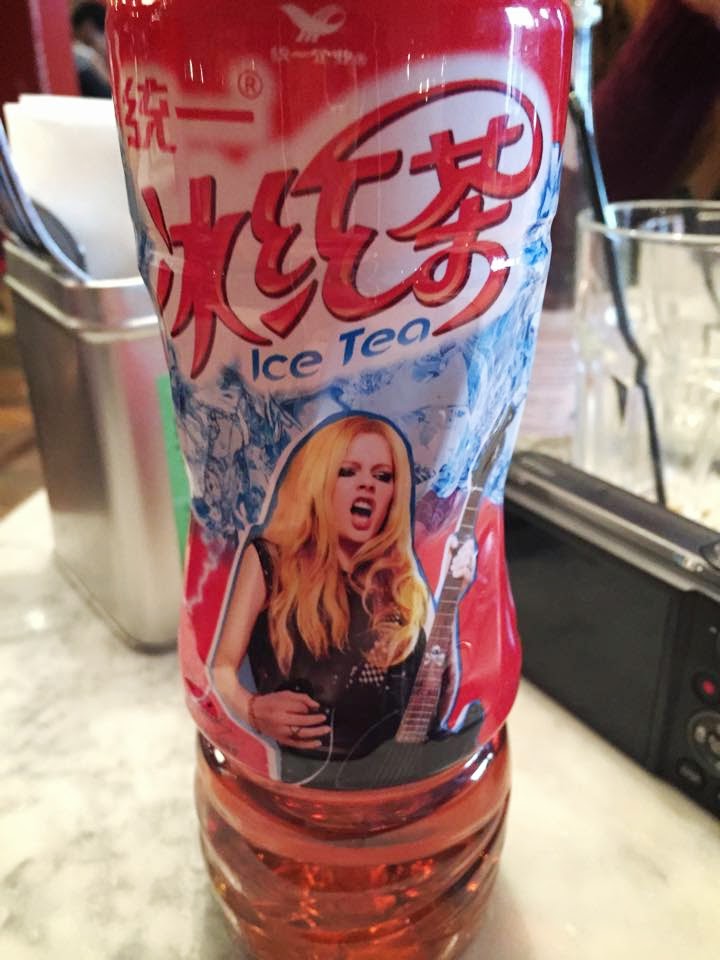 We walked back down to Bold Street and had lunch in Leaf. I’d never been before, even though I’d always wanted to! I was not disappointed. It’s like Pinterest has exploded inside of there. 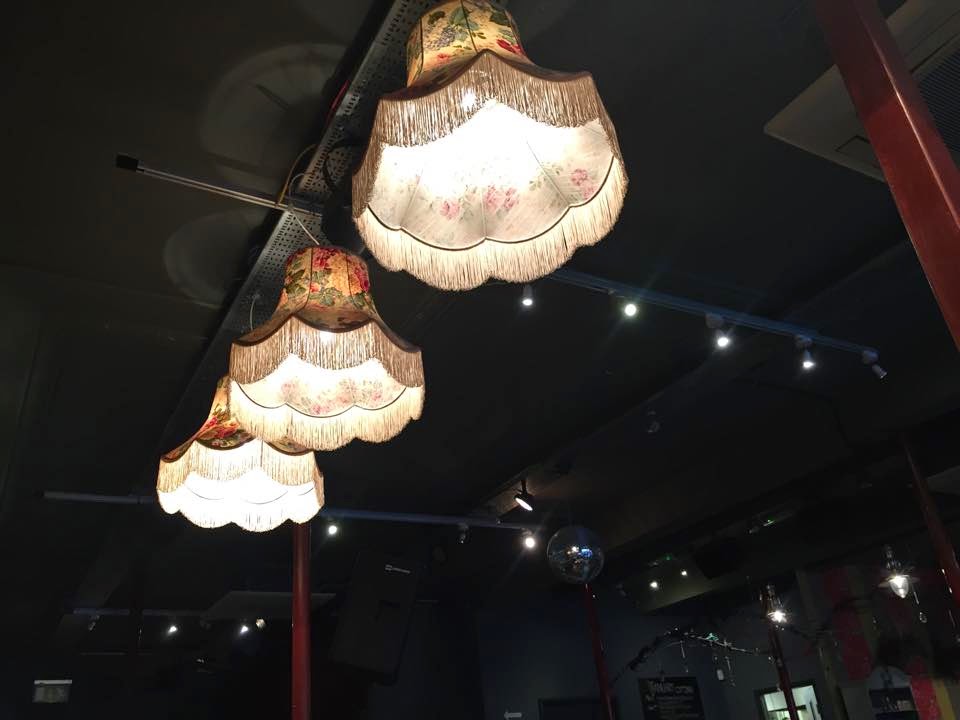 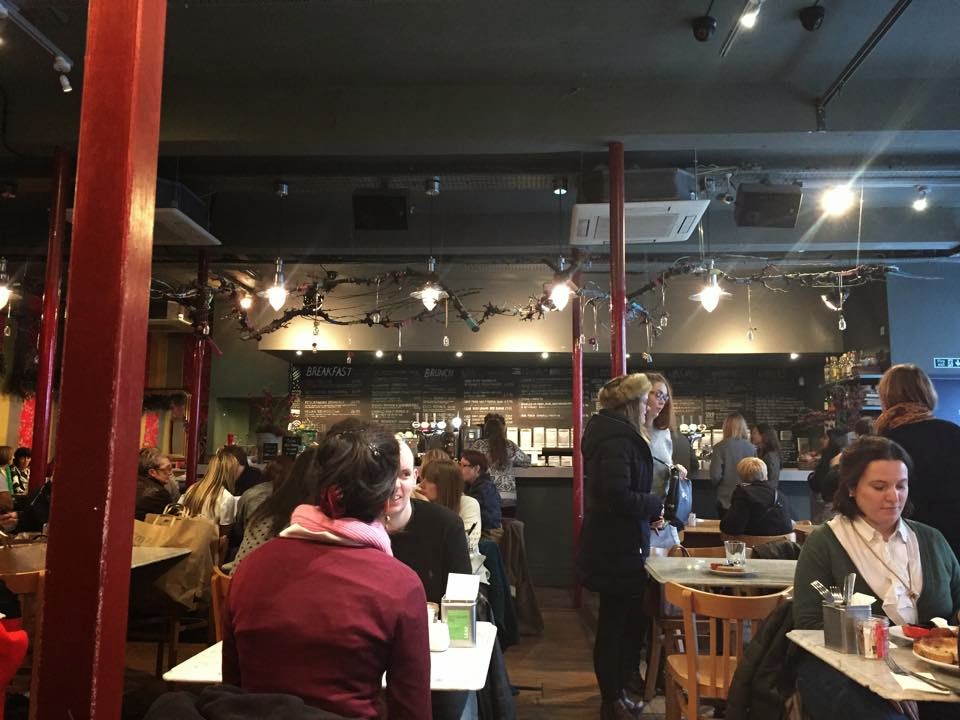 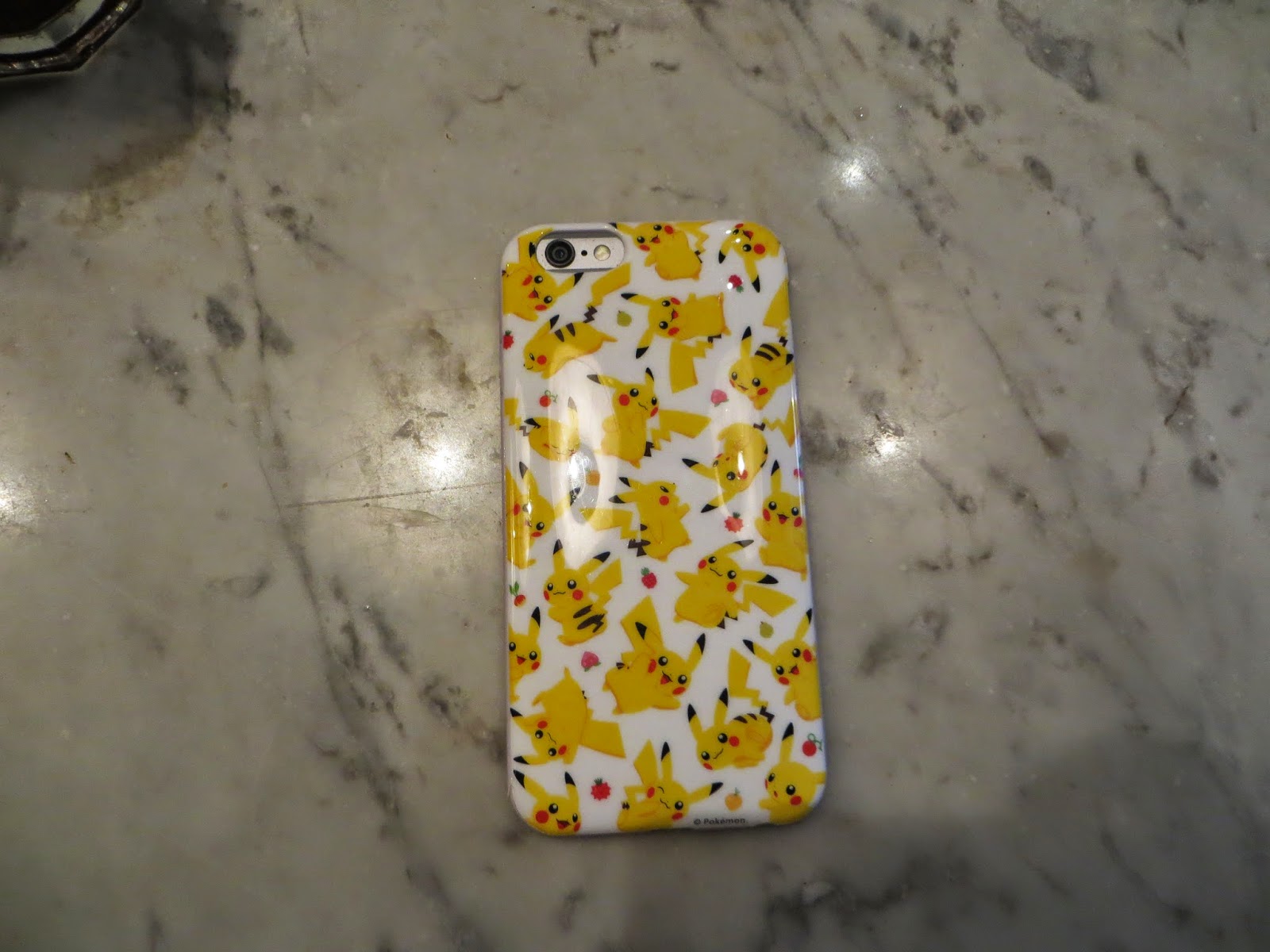 I had to take another picture of my phone case. I just love it so much. 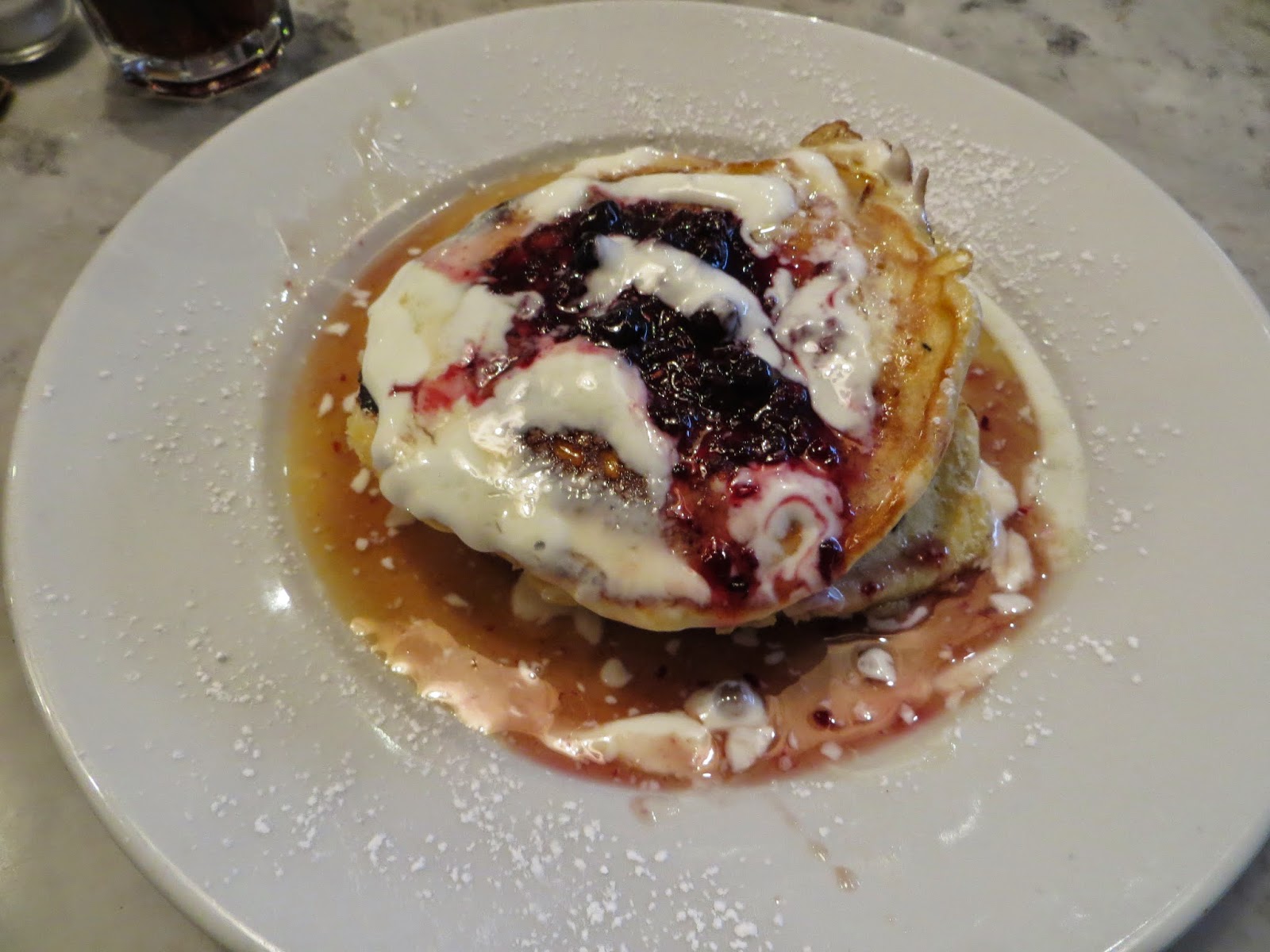 This photo…really looks gross. I had American style pancakes, and trust me, they looked better in real life. They were amazing.  Definitely not a healthy lunch but two gallons of maple syrup cannot be turned down. 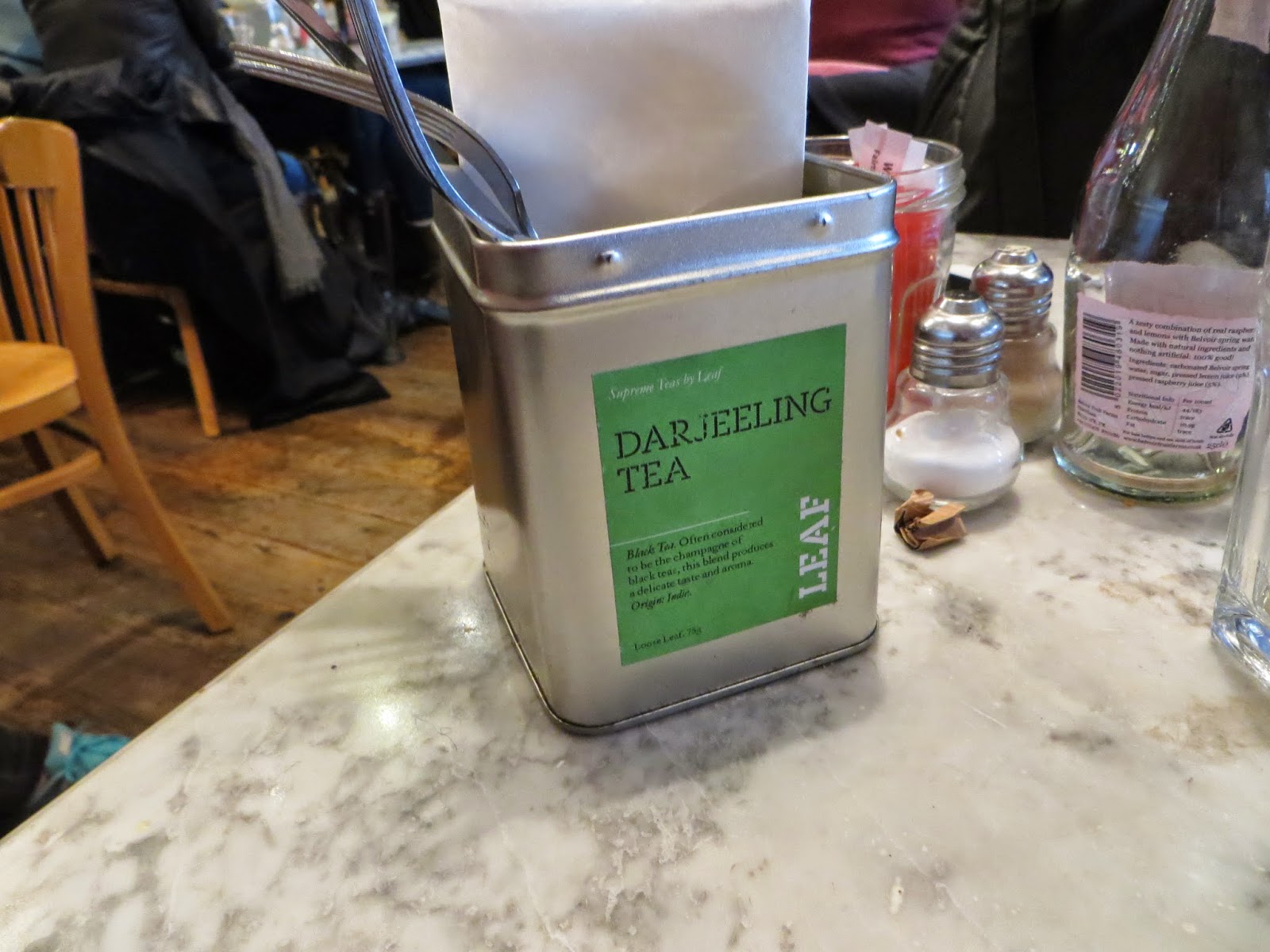 I like when cutlery is in things that cutlery should not be in. 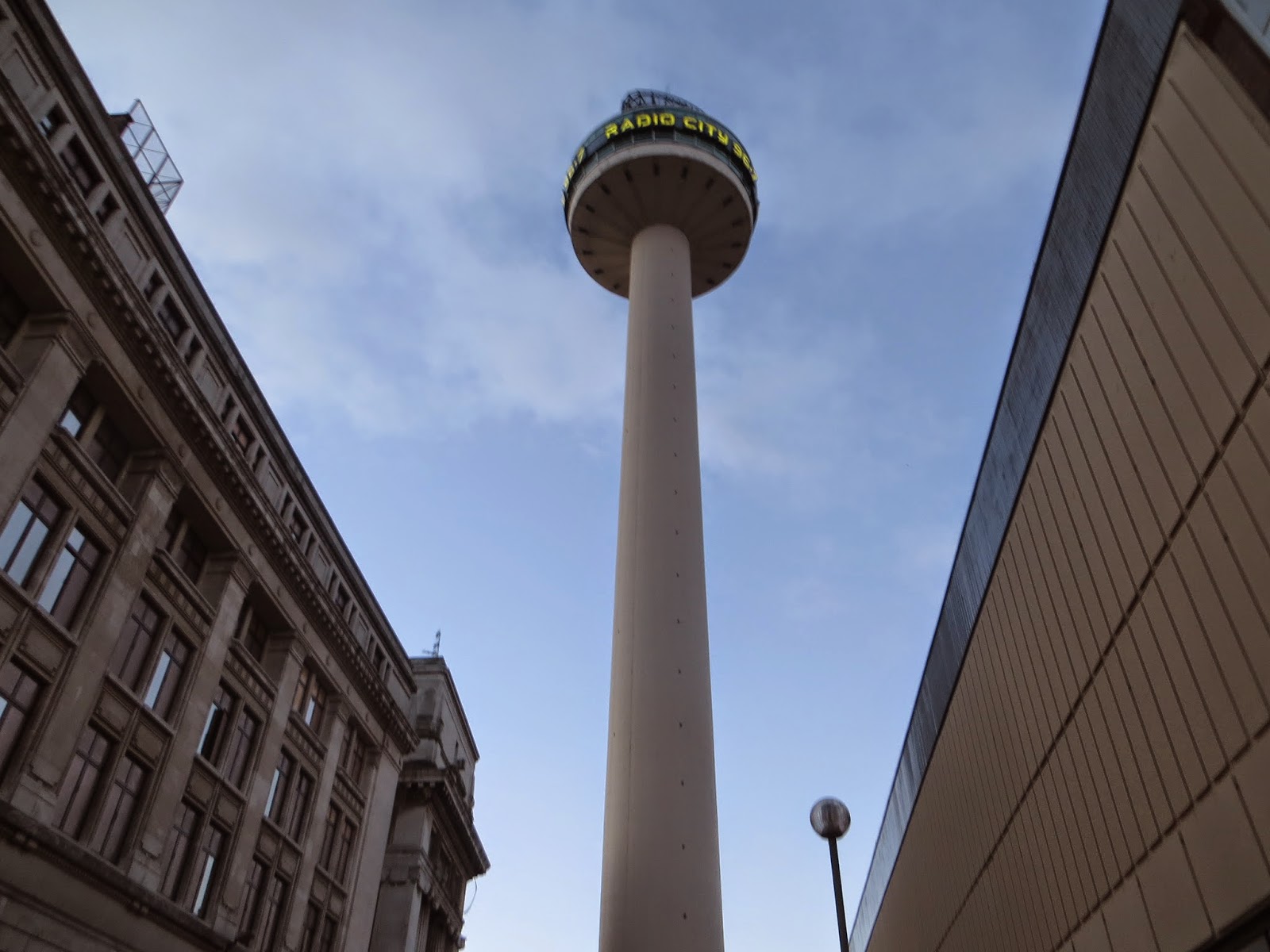 You can go up to the top of the Radio City Tower, something I didn’t know until very recently!

Plus there’s a deal on Living Social at the minute, it’s a 2 for 1 ticket that can be used anytime up until the end of March. If you’re in the area, I recommend you do it. £3.50 each is really worth it.

A drink at Starbucks costs more!

Check that out here.

P.s that deal is only on for 8 more days, so buy it and go sometime in the next 8 weeks or so! 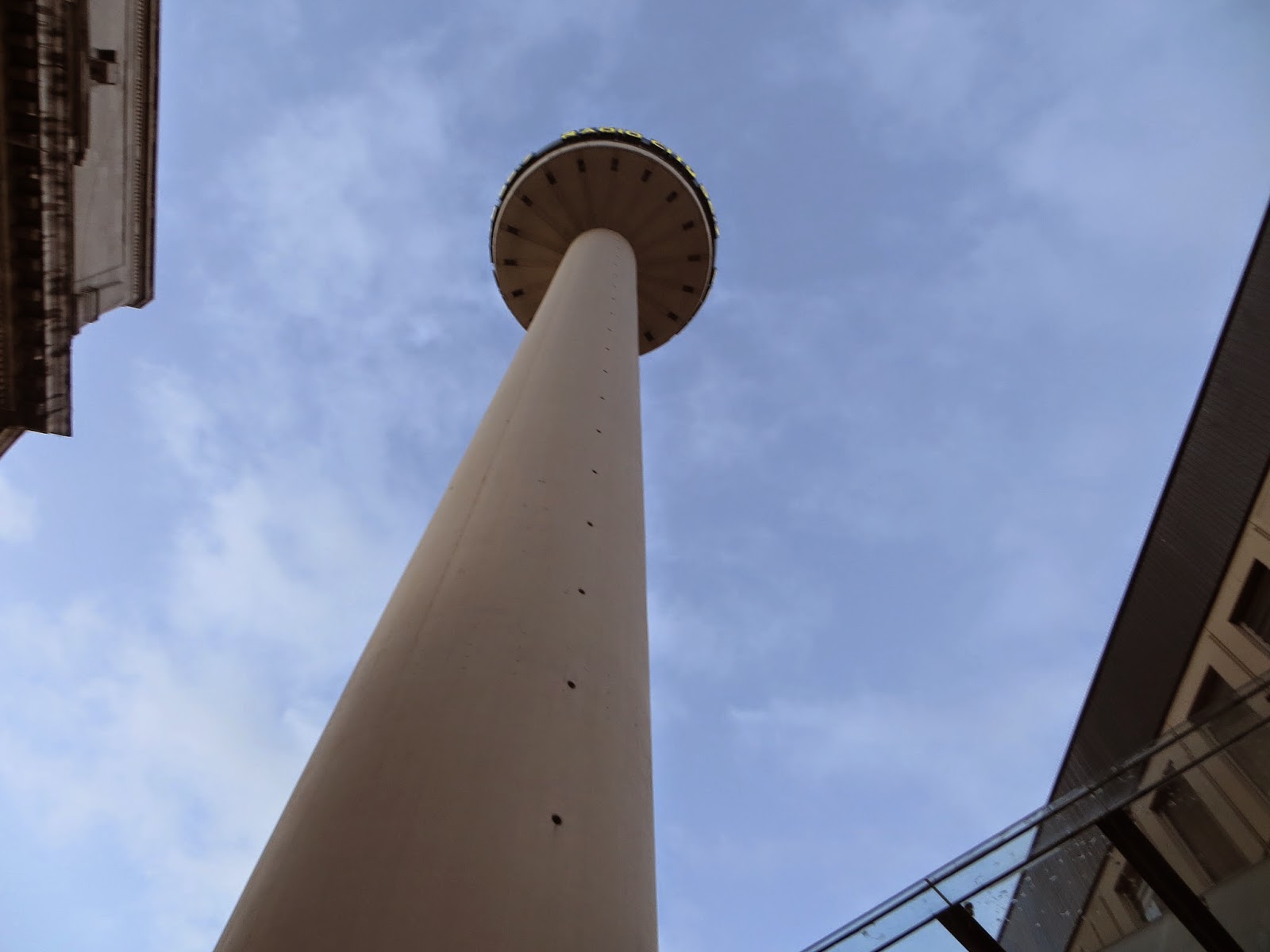 It’s kinda foreboding up close. If you ever get lost in Liverpool, you can just follow the tower, and you’ll end up near Liverpool One and Lime Street station! Handy!

Here’s some shots of the view up there: 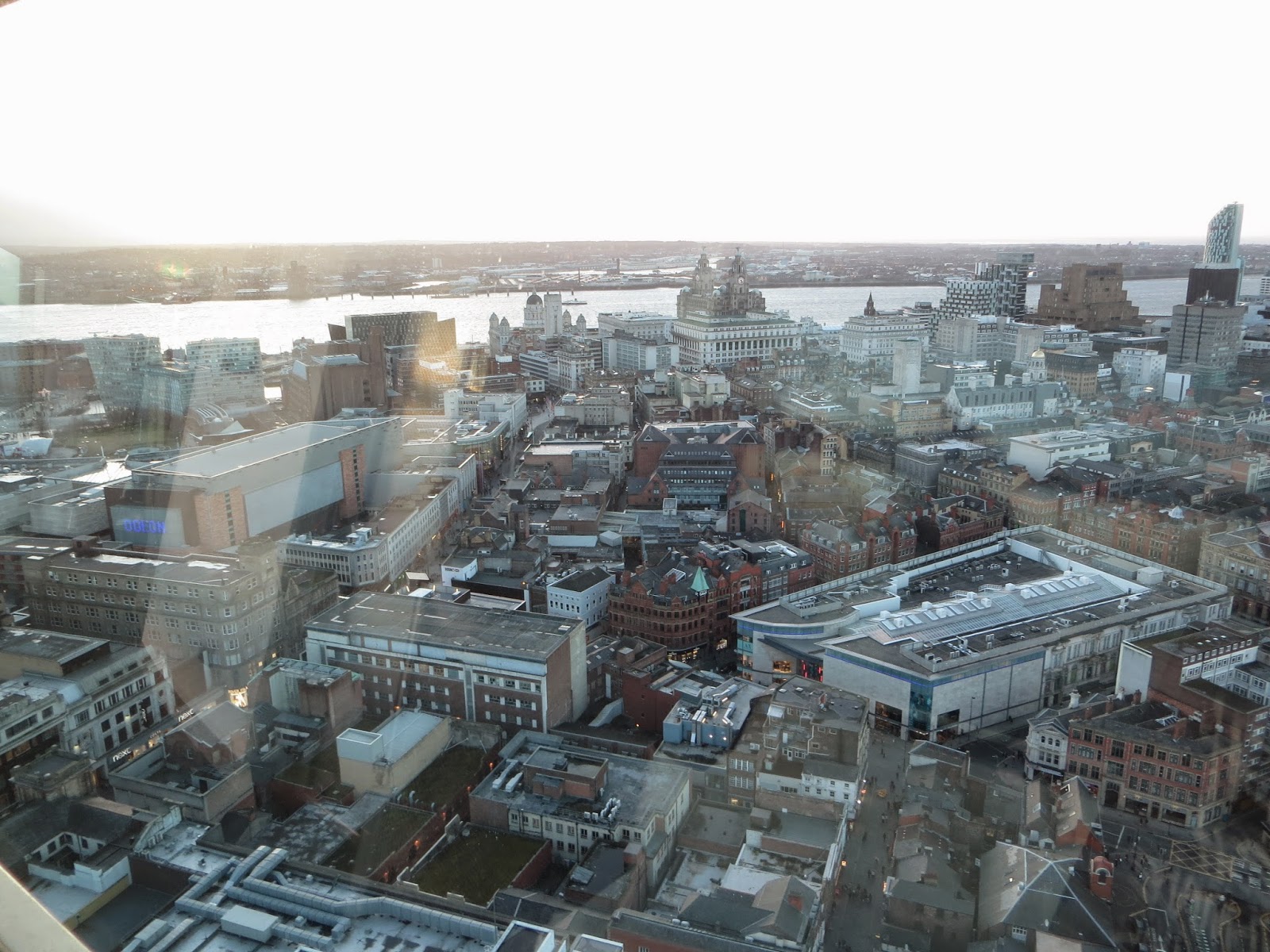 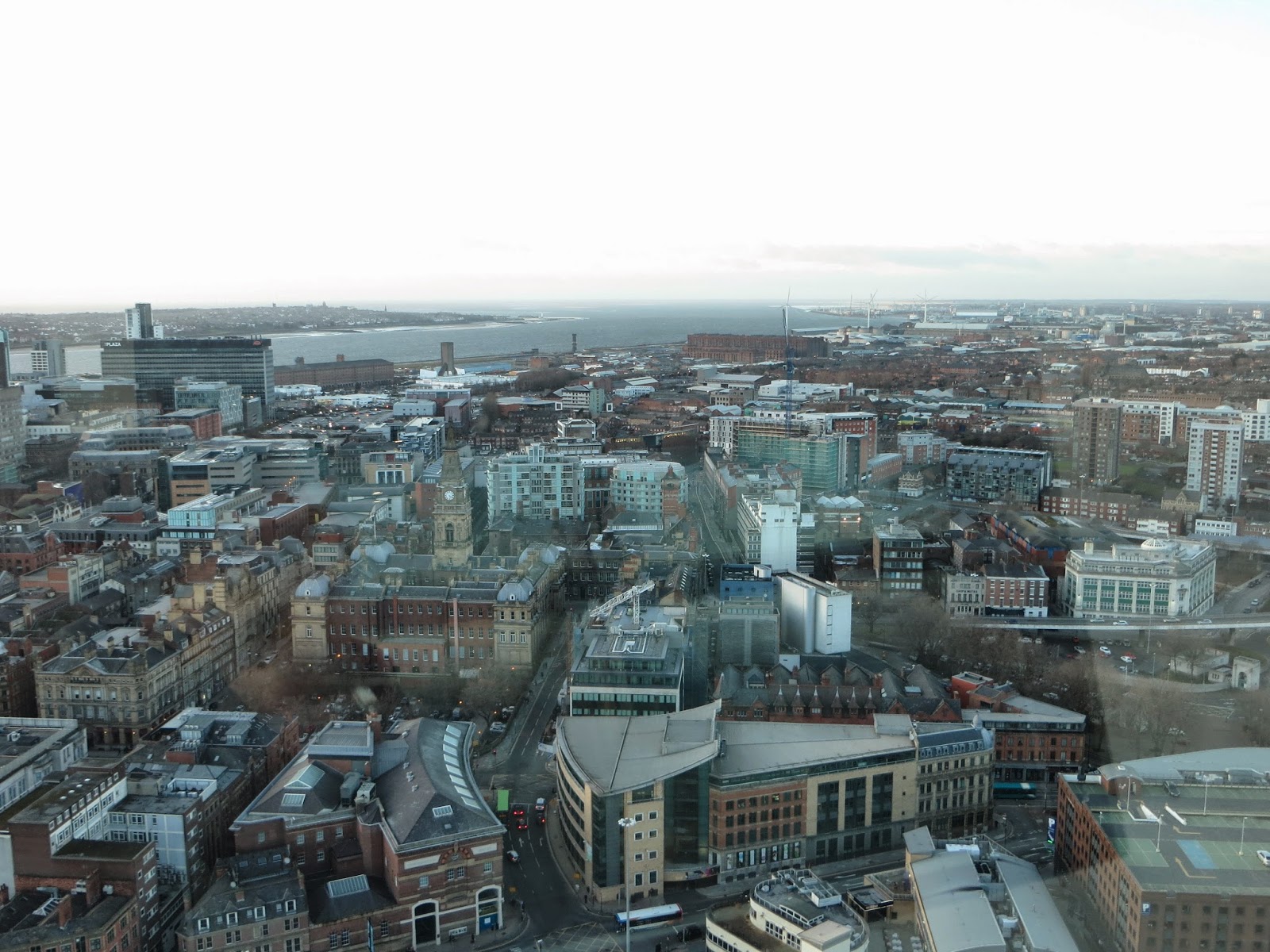 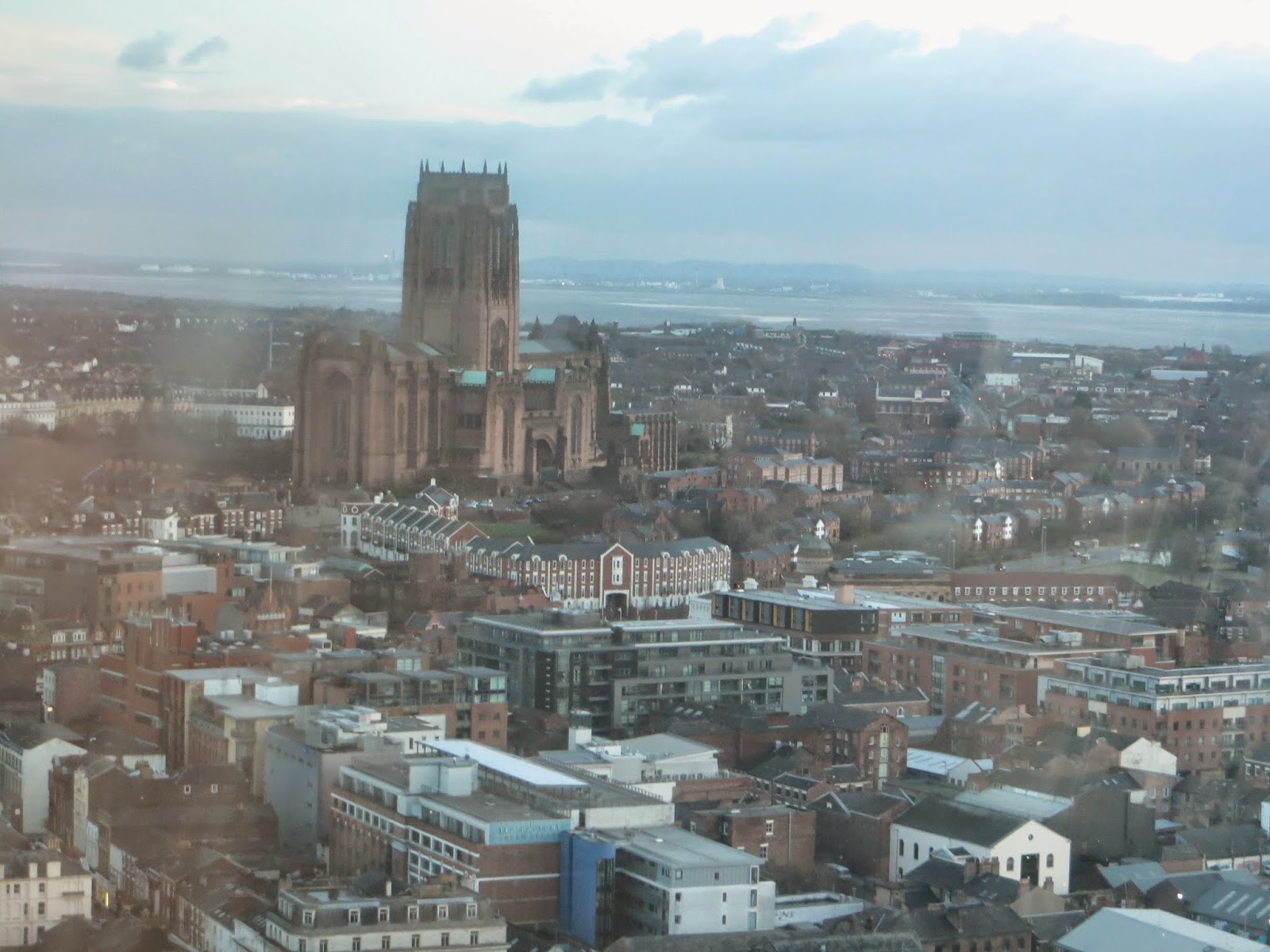 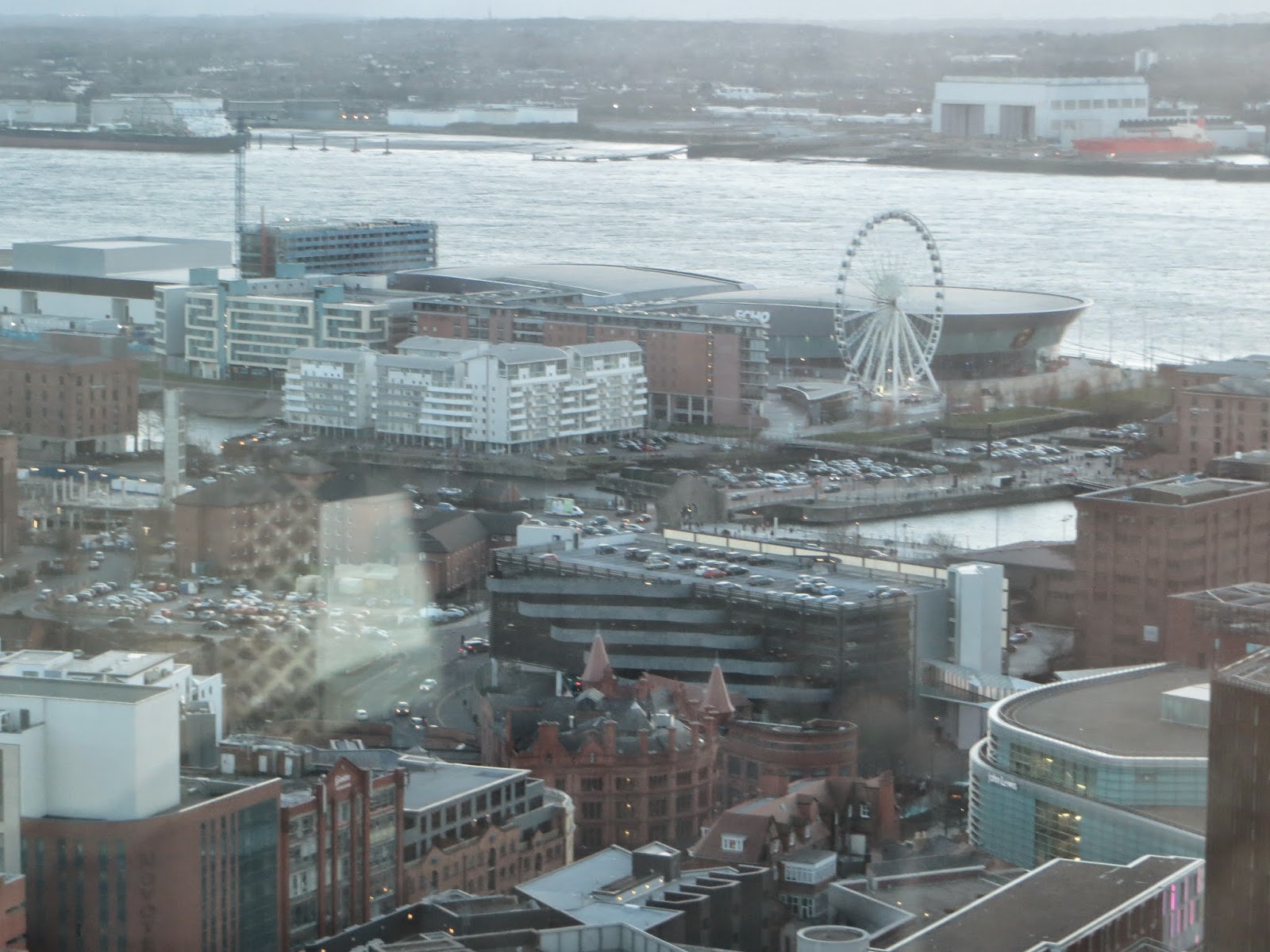 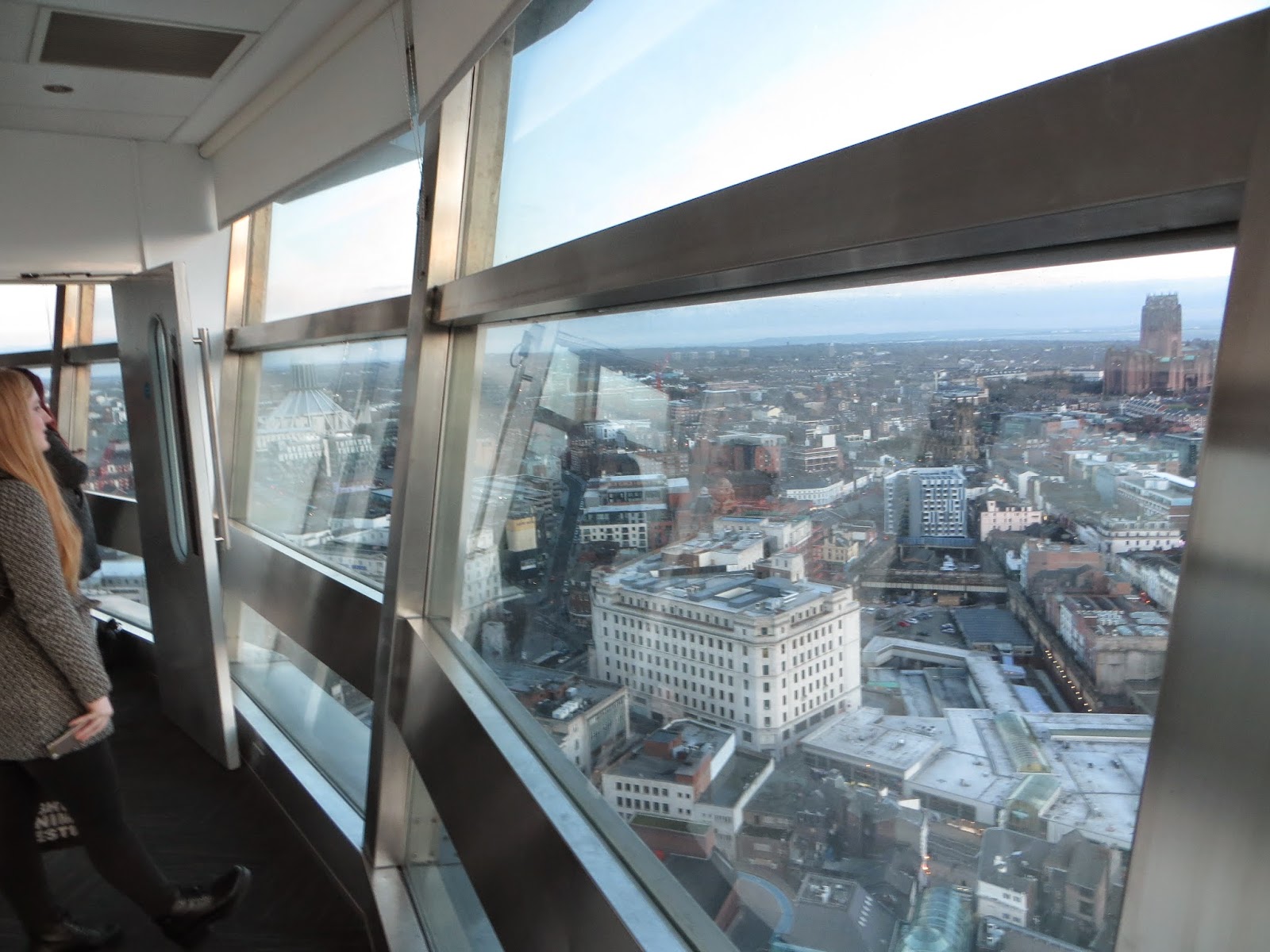 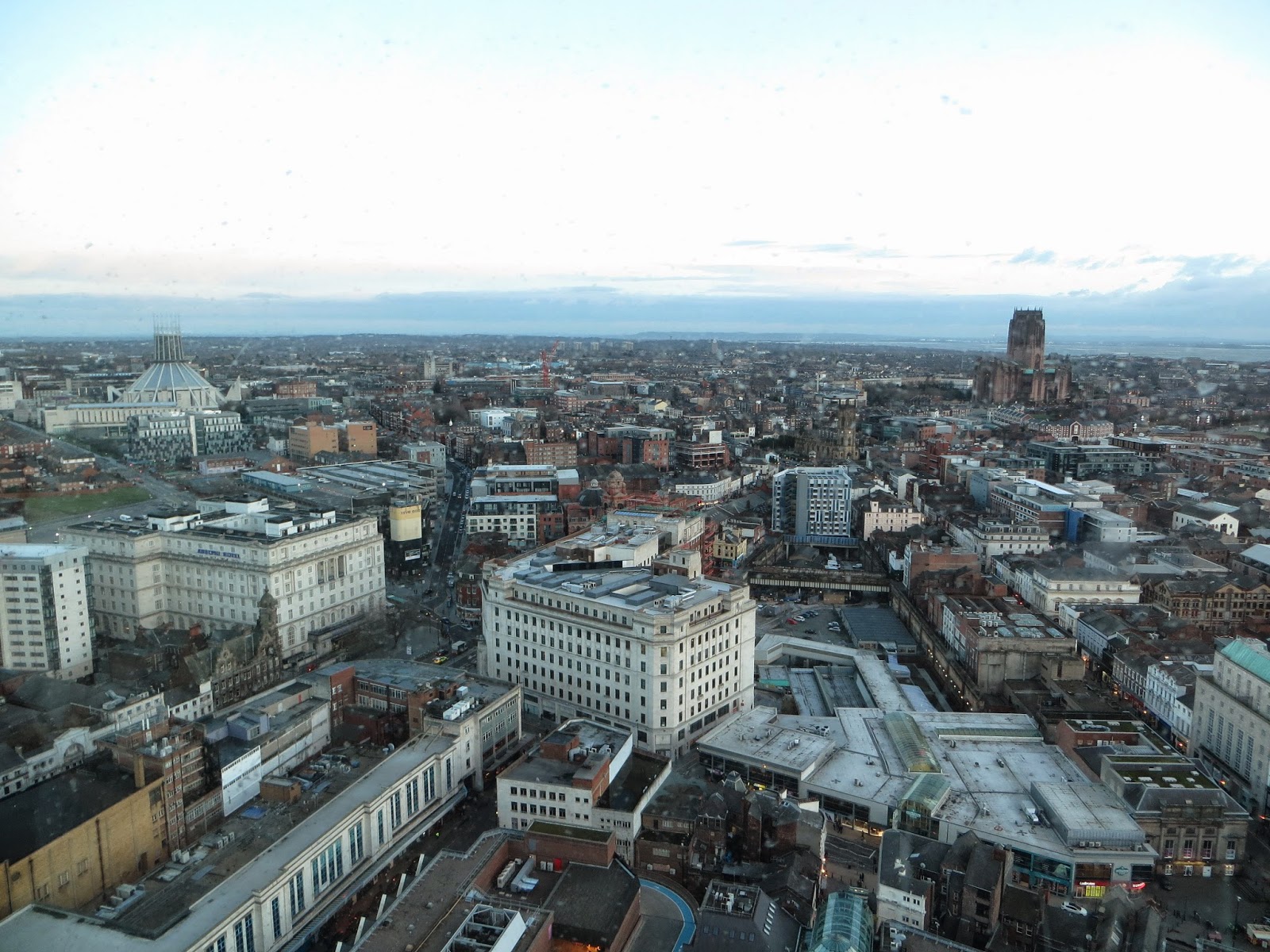 That was our Saturday!

Well, it actually ended with a lot of drinks and a lot of dancing in my favourite club on Earth. They serve cocktails in top hats and play, almost exclusively, 90’s pop.

Sunday will be covered in tomorrow’s post. See you then!