Somehow I managed to make it until age 19 without ever having seen any Star Wars films, or any of the TV shows, or literally ANYTHING to do with it.

Last week that all changed, when I watched Star Wars. Or later renamed, Star Wars Episode IV: A New Hope. (What is it with George Lucas and changing film names?! I’m looking at you Indiana Jones and the Raiders of the Lost Ark)

I fell completely in love with it. Even with it’s 38 year old special effects. Everything about it felt so immersive and so great. 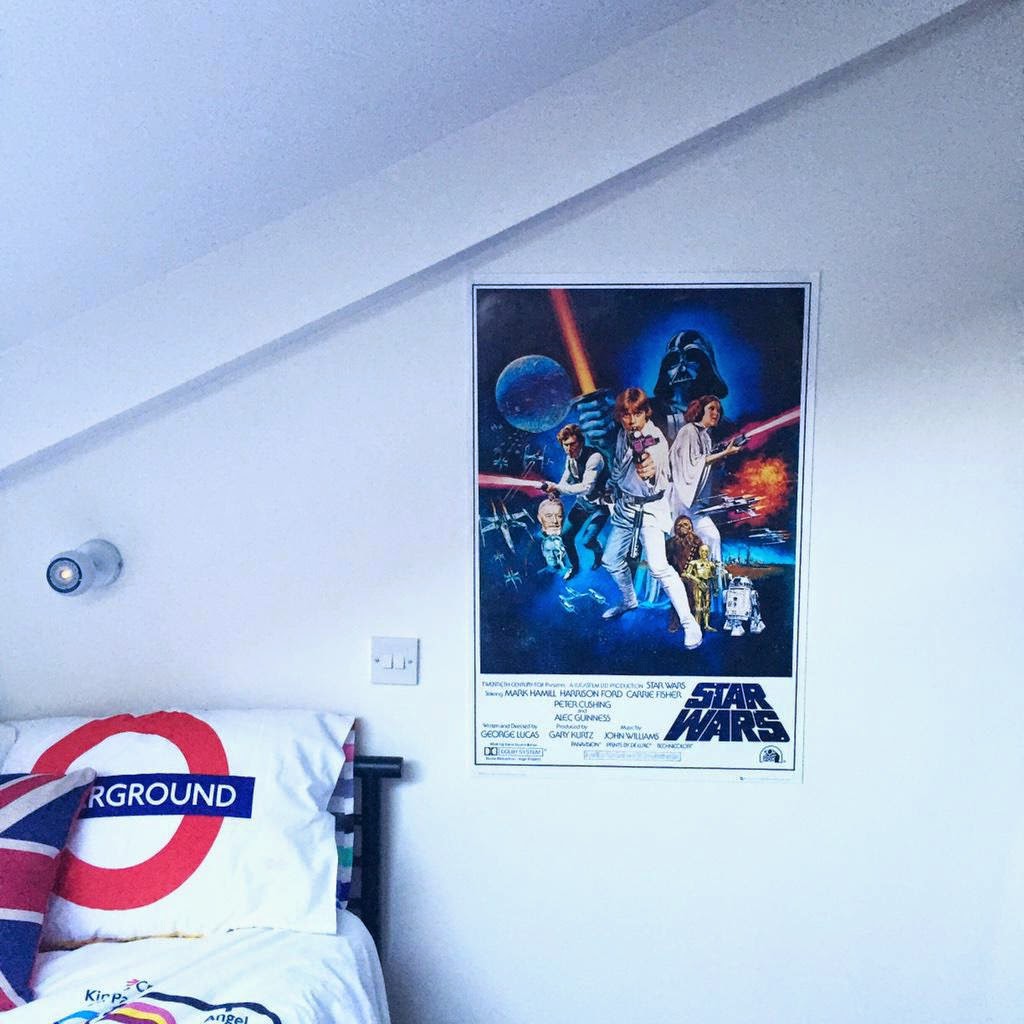 So great I had to buy the poster.

Just thinking about it, I want to watch it again!!! And wow this is ending up being a short post. I haven’t actually finished the films yet, I have the final prequel movie to go, so I don’t want to give a big opinion on the series yet really, but here are some bullet points:

I don’t even know what the purpose of this post was. I’m pretty tired and wanted to do a little ramble about Star Wars, as it’s kind of been running my life for the past week.

Now I’m going to go get ready to uni. Which makes me sad, as I’ve been awake and about for so long that I feel like I’ve already finished for the day.

Thanks for reading. See you tomorrow.

May the Fourth be with you