I’ve gotten super into Parks and Recreation recently. I think it could be one of my favourite TV shows ever. I don’t want to say it’s definitively my favourite as Game of Thrones holds that crown for now.

On Wednesday night, I watched the infamous ‘TREAT YO SELF’ episode, if you don’t know what I’m talking about, here’s a 30 second clip that will explain everything:

I hear Aziz Ansari saying that every time I go onto Amazon. And so here was the result: 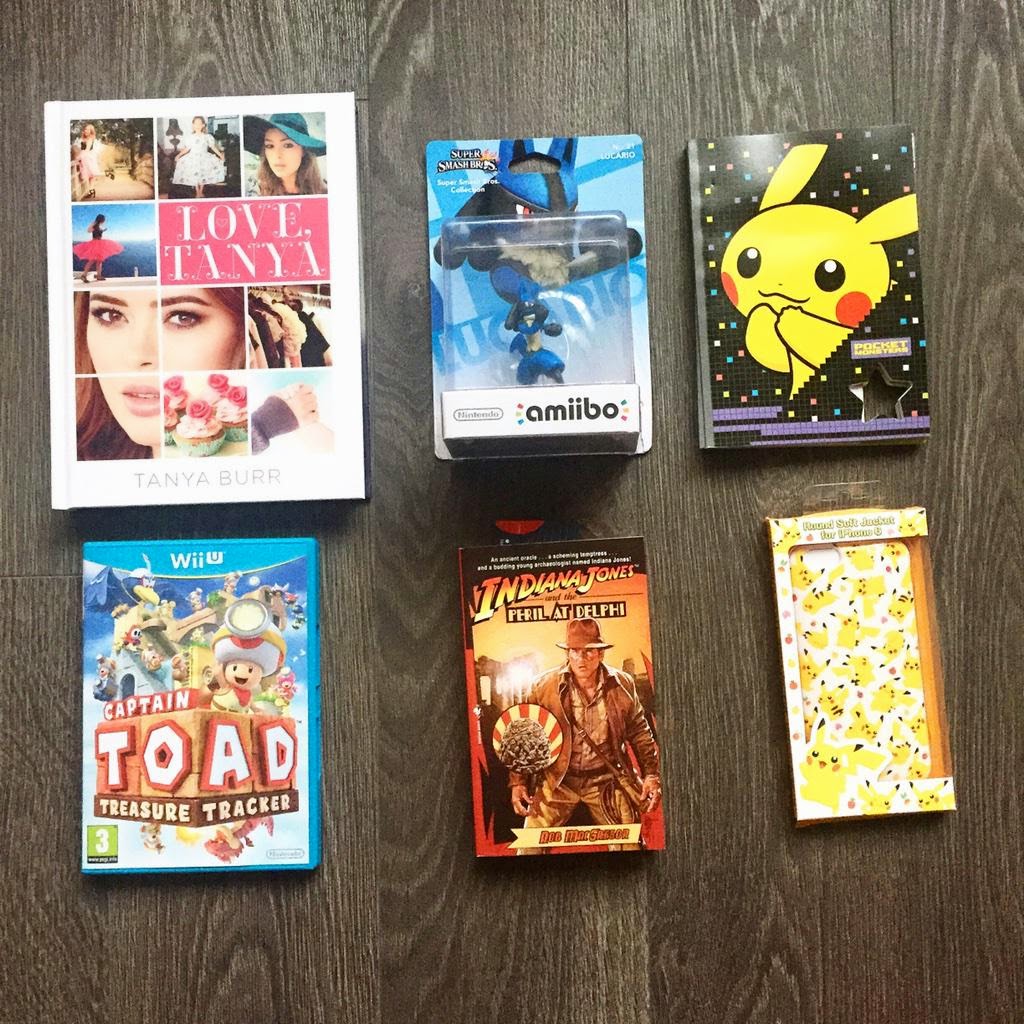 Though I paid half of the price it’s currently at, it’s best trying to find these amiibo in stores from the looks of it!

Indiana Jones and the Peril at Delphi by Rob Macgregor

Pikachu Round Soft Jacket for iPhone 6

I haven’t actually had the chance to make the most of these things yet! I read a chapter and a half of the Indy book, so far it’s…okay. Though I don’t have much expectations for a novel written by someone not involved with the movies.

I’ve only had a flick through of Love, Tanya so far, but the design of the book looks great, and the photographs are too!

Captain Toad is so much fun. I can’t wait to play more!

That’s all for today!

Thanks for reading. See you next week!