So that not blogging until my exams are over thing is REALLY working isn’t it? I dunno, I feel very creatively charged at the minute. I was originally going to type that my creative juices were flowing …then I gagged a little.

Today I wanted to talk about a film franchise that I am head over heels for, Indiana Jones! 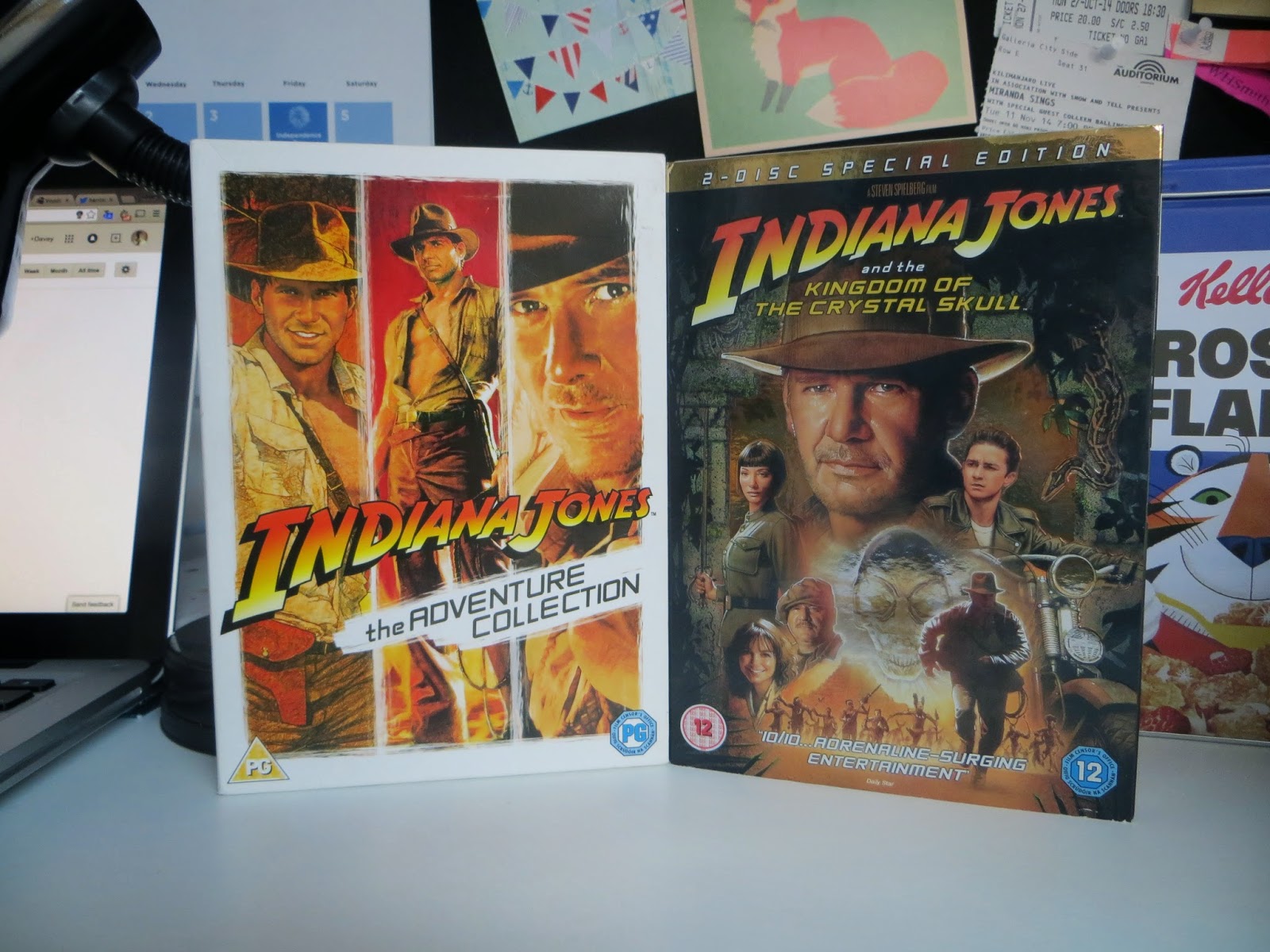 Before you think it, yes it does annoy me that I don’t have a matching set of DVDs. Although this makes sense, as I’ll explain. So at the tender age of 12, I watched Indiana Jones and the Kingdom of the Crystal Skull in the cinema, having only seen Raiders of the Lost Ark years before, and I absolutely loved it. Yes really, I loved Kingdom of the Crystal Skull. I still like it, I think as an Indiana Jones film it isn’t great, but as a stand-alone action adventure, it’s decent enough.

It was my 13th birthday less than a month after KotCS was released, and I practically begged for these DVDs, which is why my set doesn’t match! At the point of receiving my collection, KotCS was not yet out on DVD.

Ironically, I only watched Raiders of the Lost Ark and did not watch the rest until last year. And now I want to watch them all day everyday. They’re incredible. 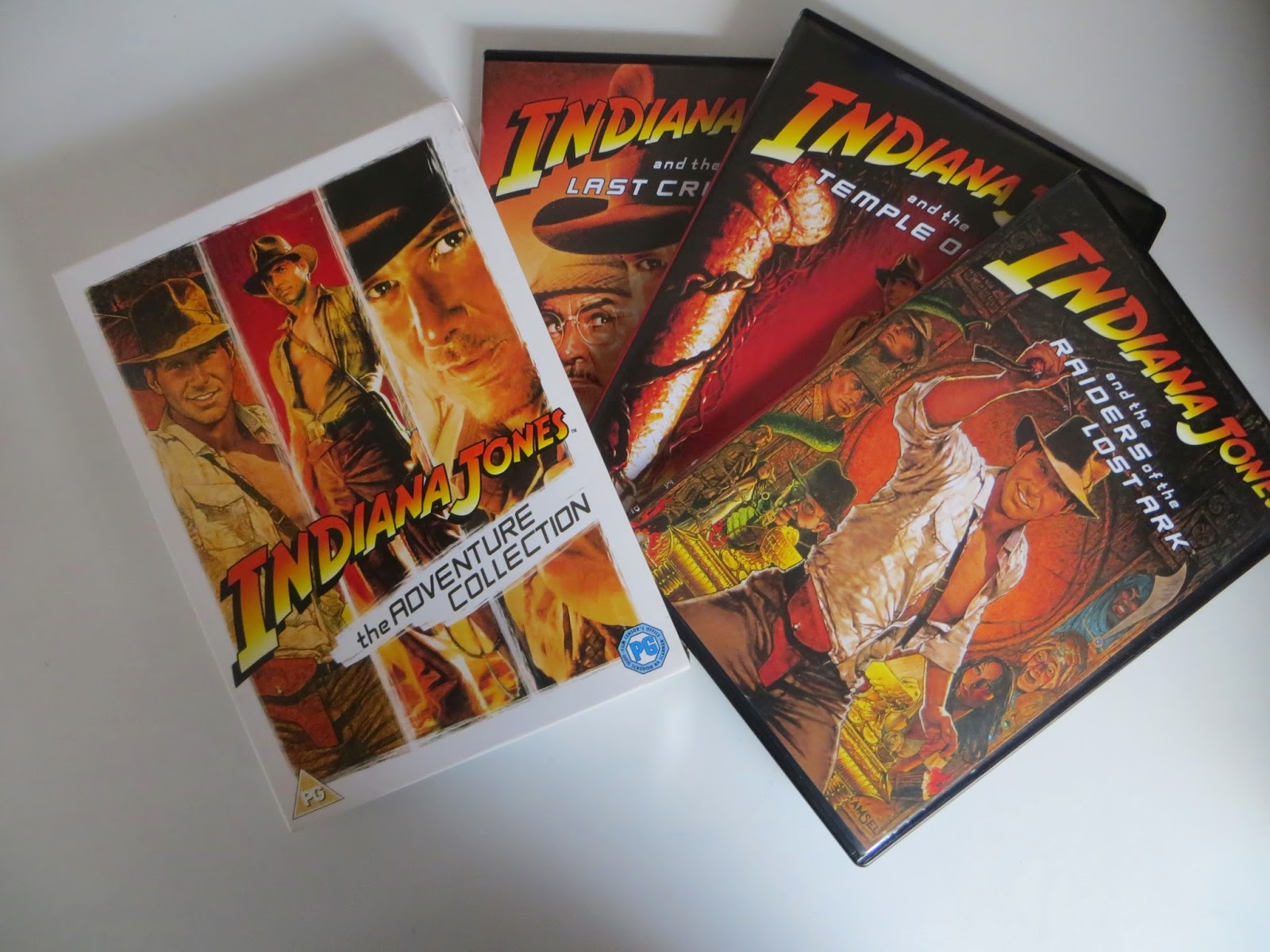 I think what I love most about this series is the whole adventuring where no one has been before, see the world, beat the bad guys and come out of it with only a few scratches and a cool story to tell the world.

That’s the type of life I’d love to live if I could, as evidenced by these tweets:

I just wanna be Indiana Jones so bad

Again following the adventure theme, I really like Tomb Raider too.

I have a bad case of wanderlust almost permanently. I don’t truly desire to go to places as a tourist, I want to go and experience the world as it’s meant to be. Did that sound profound or totally cheesy?

Watching these films, set when international travel wasn’t a huge thing, makes me desperately wish I could travel back in time and visit the pyramids before it was commercialised. I want to go explore the jungles of South America and find ancient ruins!! I want to do it all!!

But as I’m a normal person and not the lead in a film quadrilogy, or pentology if Indy 5 ever sees the light of day, so I probably would have died taking the idol in Raiders, you know, in the first 5 minutes of the movie? It did happen to that guide who abandoned Indy. 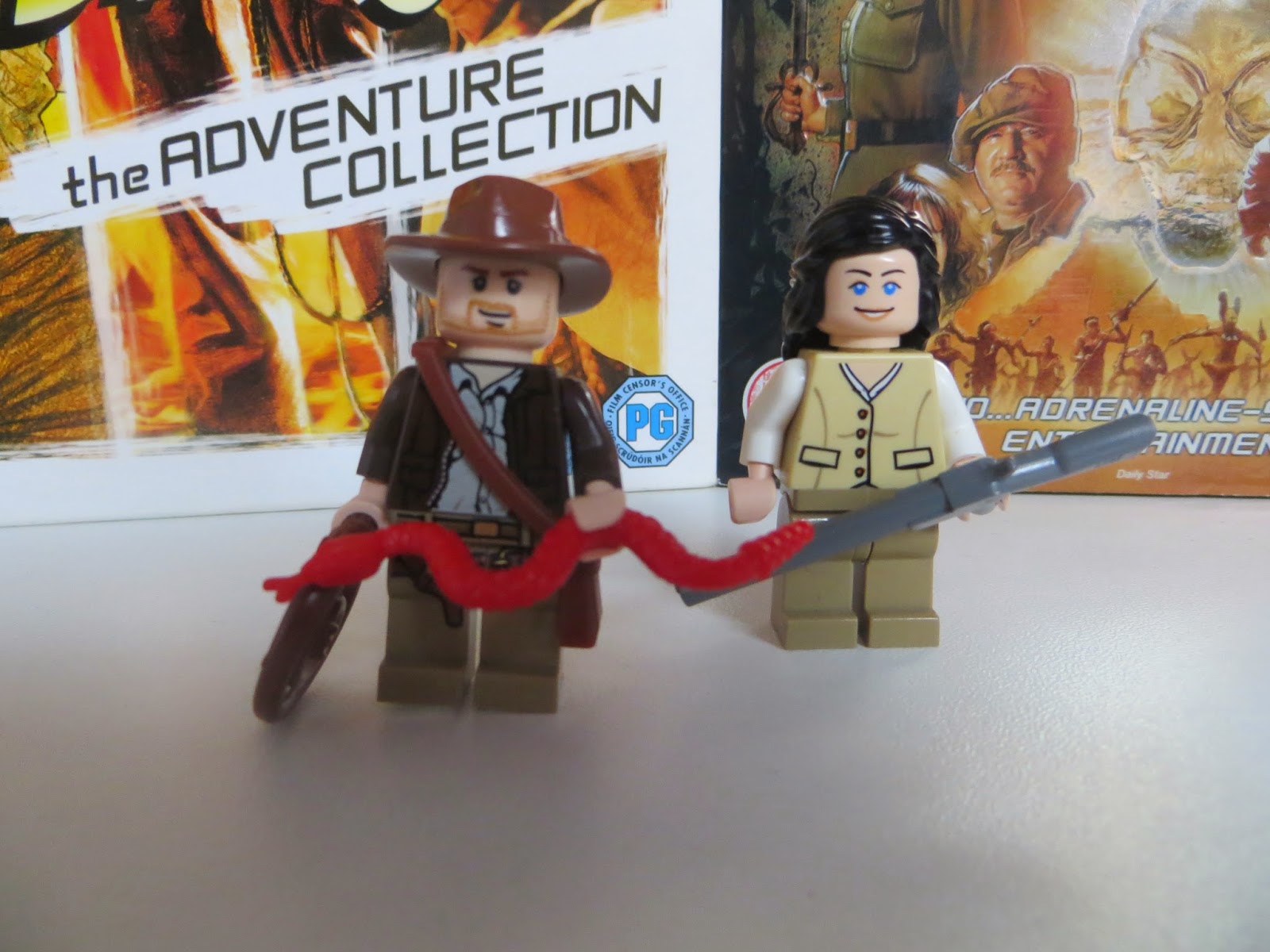 A friend kindly gave me an Indiana Jones lego set for my 13th birthday, Marion, Indy and a snake have come to uni with me. In this set up, Indy has finally gotten over his fear of snakes.

Indiana Jones is someone I aspire to be in a few ways. By that I mean, look as damn good as Harrison Ford when I’m pushing 40. 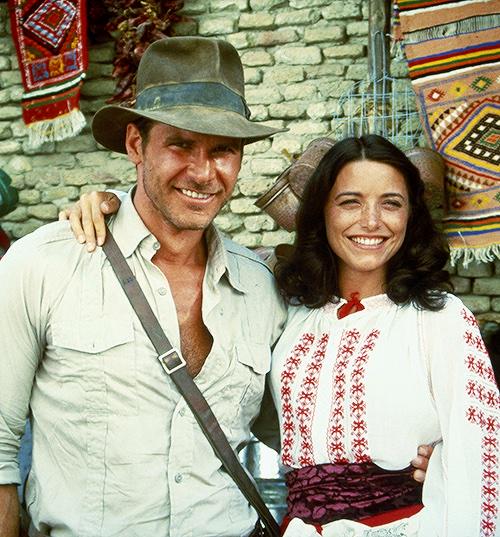 Seriously, the man is a God!

I would literally tear my own arm off if it meant that I would look like Harrison Ford in the Indy films. He is my life goal

Karen Allen is insanely beautiful too, look at that smile, and Marion Ravenwood is a wonderfully written, conflicted character. I have a huge crush on her. If I didn’t ship her and Indy so much I would be shipping Marion and I.

I’m getting completely off track, I was talking about why I want to be Indy!

He’s charismatic, smart, brave, and beats the bad guys, occasionally forgiving them, but more often than not, taking them down as a total badass.

Also he’s Henry Jones Jr and I’m technically a Jr too. So we have that in common. 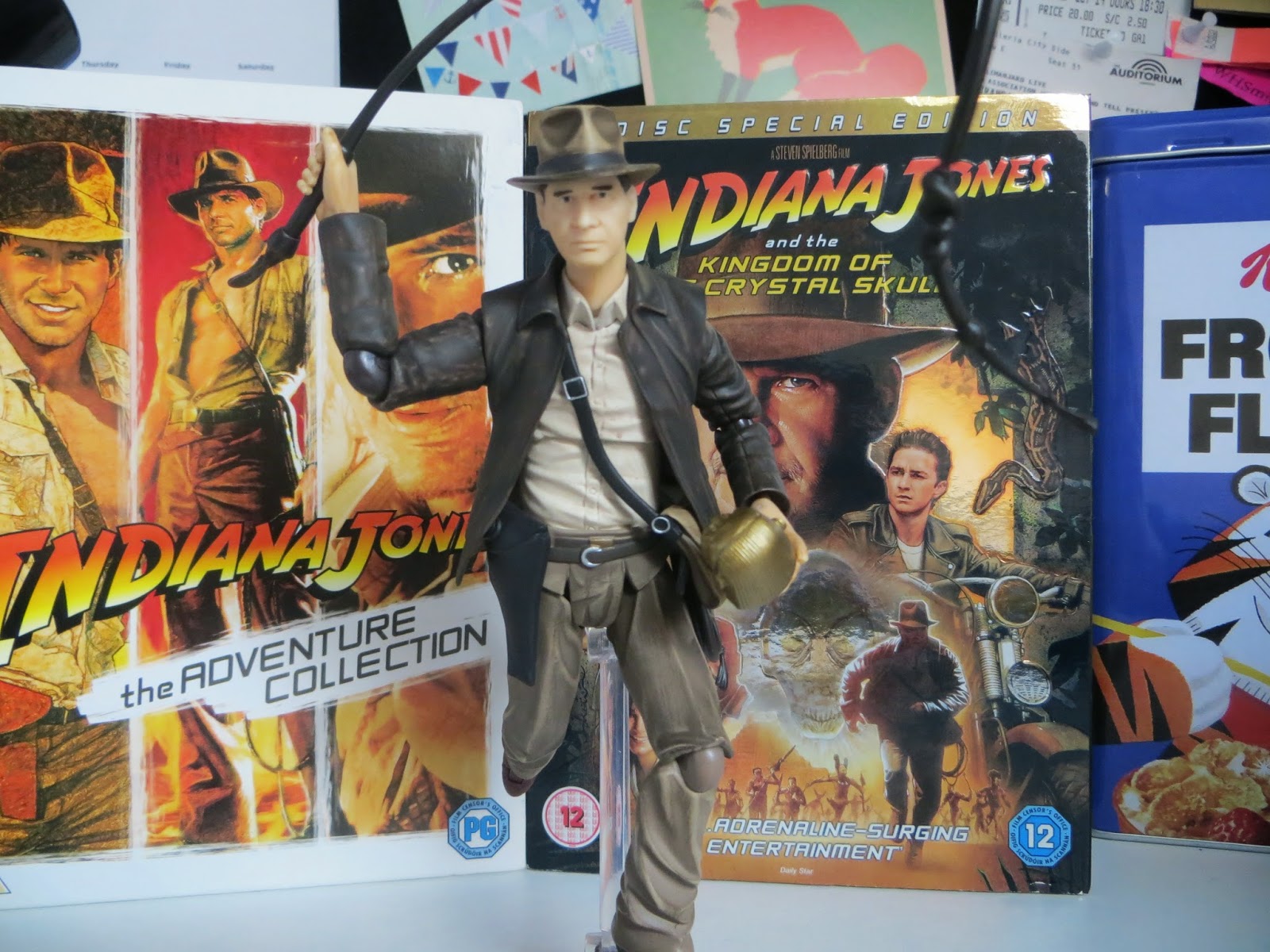 I used to collect Figma action figures HARDCORE, and these things don’t come cheap. I recently had a ‘treat yo self’ moment and splurged on the Indiana Jones figma!

One thing that I’m not happy about is that this only comes with 1 face and that is of KotCS Indy. Which doesn’t make sense when he’s displayed with the idol, like he is here! He also comes with a Sankara stone and the grail. He has his trademark whip, which you can sorta see in this shot!

He comes with different eyes, looking in a different direction. I wish they had made a young Indy face instead. But I’m gonna stop moaning now, because the detail on this figure is great! Just look at the shirt and the weathered look of the hat and jacket. 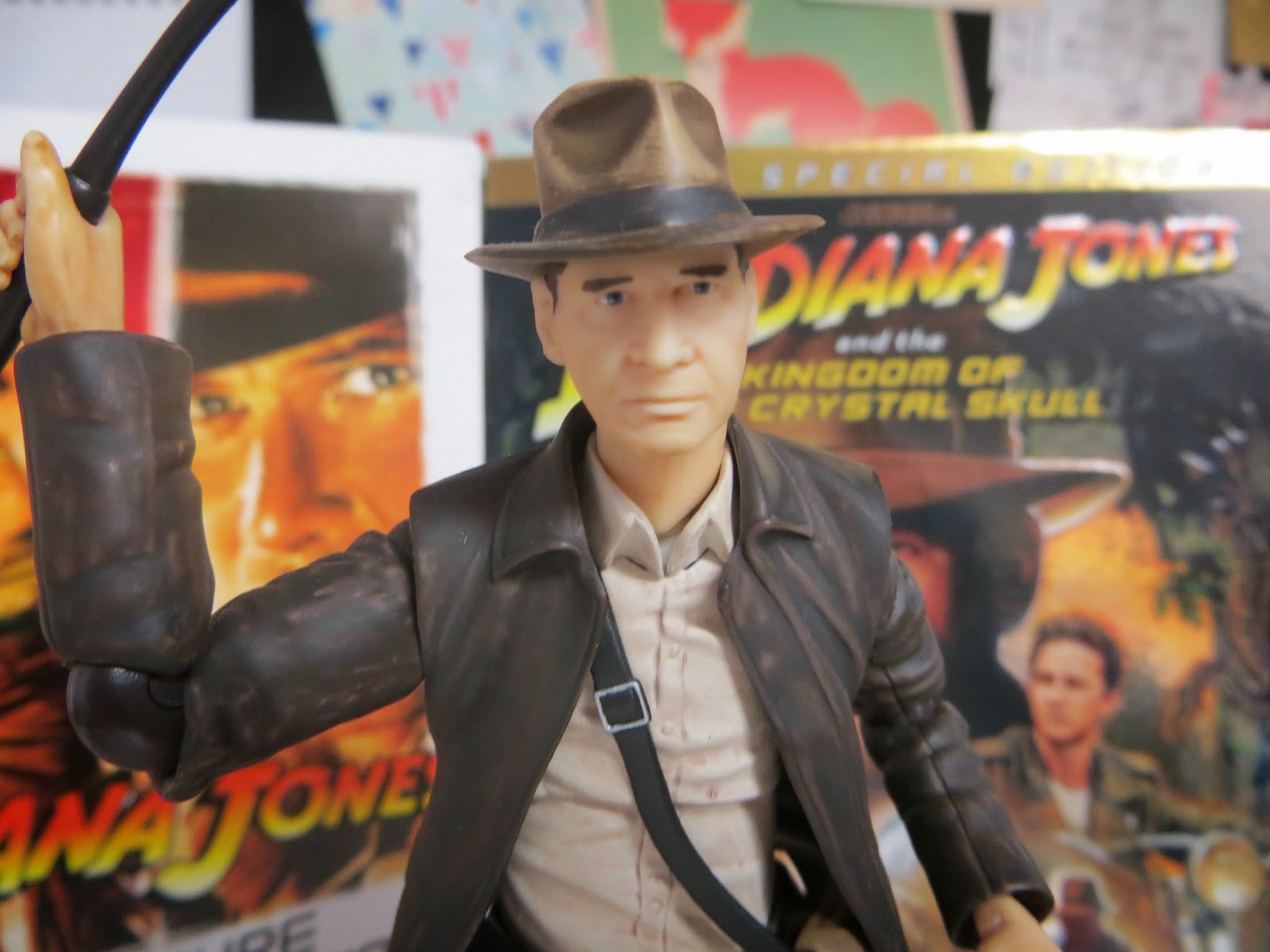 This figure is really accurate though! It’s not 100% spot on, but for an action figure it’s pretty incredible!

I now realise how awkward this pose is. 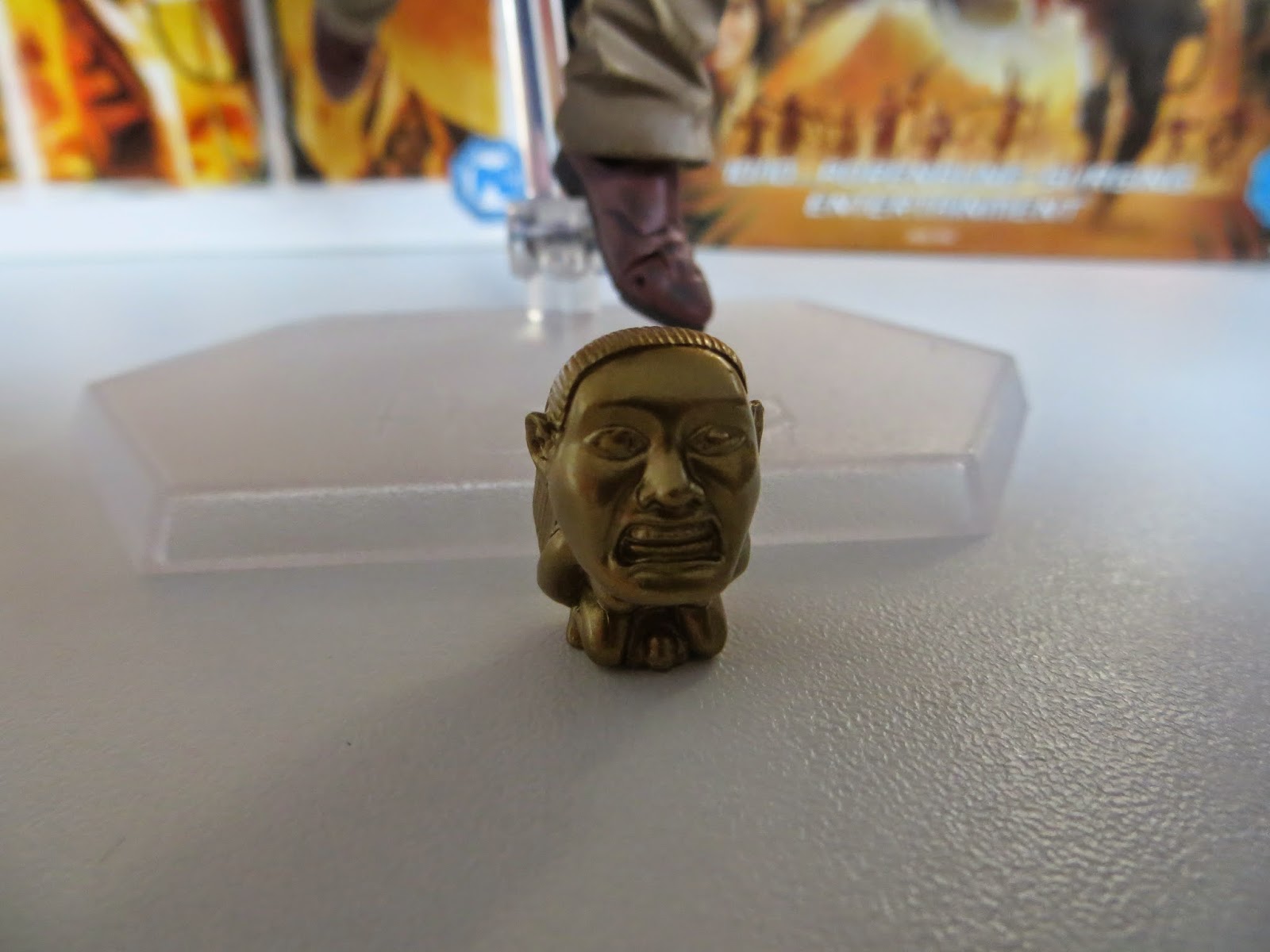 The detail on the idol is INSANE! Considering we don’t even get a true close up shot of it in the film, from the front anyway. 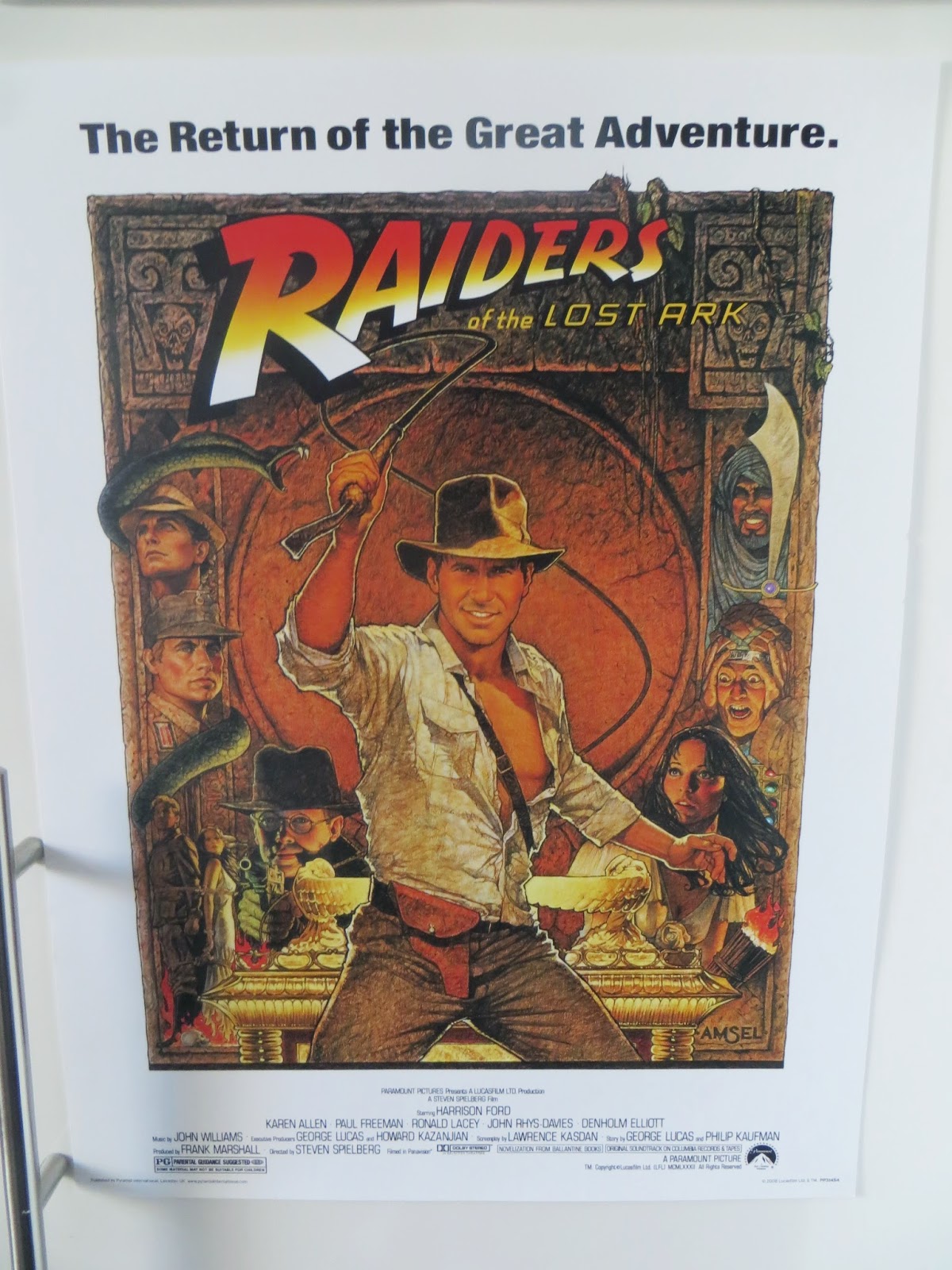 For a long time, I’d wanted this poster in, well normal poster size whatever that is. At a uni sale, I stumbled across this smaller version, and it was 50% off!!!

And lastly, look at this typo which occured 4 years ago. Completely changed the tone of this sentence.

Gonna try do music tommorow…I have to find the missing 200-300 songs. It could be a very uninteresting nerdy Indian Jones

That’s all for today. I have blogged this week more than I did in all of December, maybe even November too!

Update: I’m a ball of stress.