Welcome to the 2nd TBT!

Today we’re going to be looking at The Walking Dead, as in AMC’s hit TV series based on Robert Kirkman’s comic series. Which is also amazing, but I’m only around 60% of the way through those.

Isn’t it great looking at season 1 promos and thinking about which characters have changed and which are even left?

The Walking Dead centres around Rick Grimes, waking up in a world that’s been turned upside down, and for all purposes, ended. The beginning is very 28 Days Later, and that’s not a bad thing! The series definitely has it’s ups and downs, and it’s inconsistencies/plot holes but I love it no matter what! Because it is genuinely a good show. Sadly it’s just not iron clad.

I sort of get some weird pride out of saying that I’ve been watching TWD from the very start. As in, I watched episode 1 as it aired. That was back in 2010, when I had a phase of loving zombie apocalypse based things, and I also spent hours with friends planning our escape from various places if the dead started eating people. It was a whole era of my life, so when I heard that a new TV show was coming out all about the zombie apocalypse, I was so happy! And it didn’t disappoint. Except I did feel scarred by episode 4 for some reasons that are spoilers.

This was my home screen picture for a really long time. Partly because I REALLY fancy Lauren Cohan (Maggie Greene)

My favourite season is season 3, which is a very unpopular opinion, I loved the Michonne/Andrea storyline, as well as Woodbury as a whole, and the prison! It was a whole new dynamic that the show had never tried, and it worked really well! Season 3 episode 4 is an amazing episode, probably one of the best the show has ever produced. A lot of season 3 was really, really well done. I want to rewatch it now, even though I have multiple times already.

I didn’t really enjoy the first half of season 4, which was, again an unpopular opinion, but I’ve just finished rewatching up until the mid-season finale, and I loved it! I think it works much better, when there are weeks and months without answers, and weeks away from the main cast when the focus is taken elsewhere. Especially when you thought it was only going to be half an episode without the main cast and it was over two full ones! I liked the latter half of season 4, as it really kept me on the edge of my seat, although it did feel a bit repetitive. I’m looking forward to watching it again, as I first watched it I was not sure of what was to come, even when I’ve read the comics far past this point.

Just looking at IMDB, the two highest rated episodes are the mid-season finale of season 4, and season 3 episode 4! The two episodes I’ve focused on here! Strange! But they are phenomenal.

To finish this off, I’ll tell you my favourite characters:

Andrea, Maggie Greene and Rick Grimes. One of those characters has been eternally hated. I eternally love them. 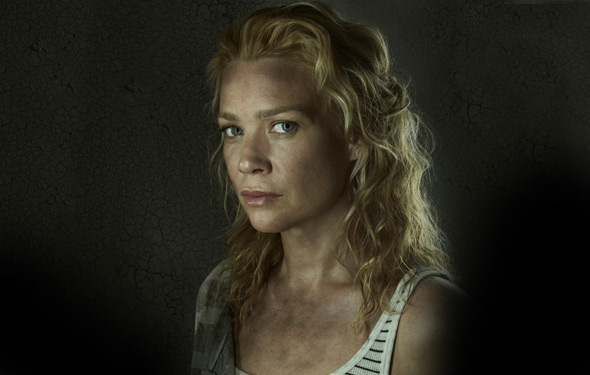 Cards to brighten your day

Reading, Read and To Read #4