I’m gonna get back on point with my blogging game. I’ve had a bit of a lull but that’s over and now it’s gonna be great again. 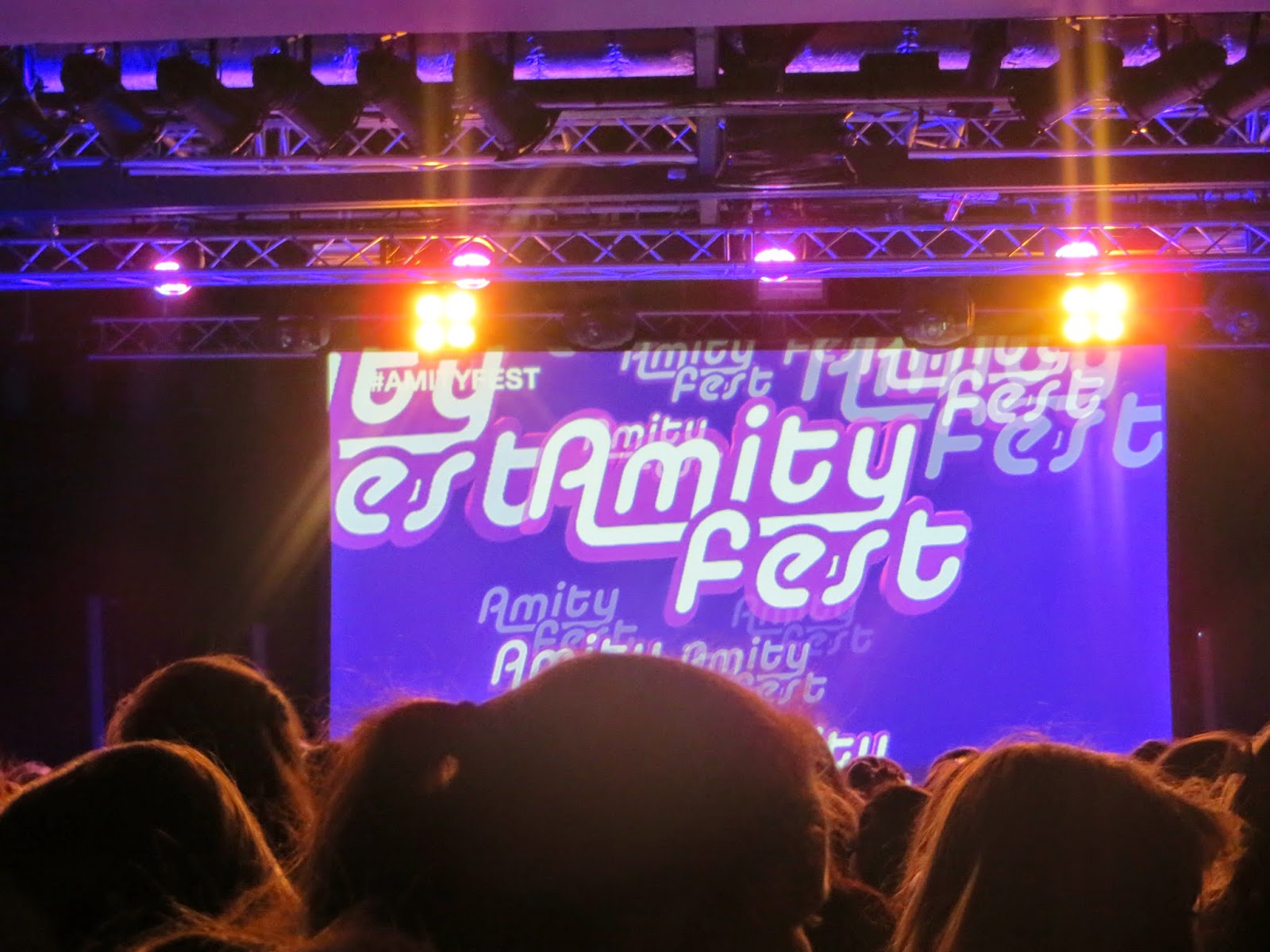 So yesterday was Amity Fest in Liverpool, if you don’t know what that is, it’s a show put on at 3 venues across the UK (the other’s being Birmingham and Brighton) by 9 of the biggest British YouTubers, Zoella, Tanya Burr, Jim Chapman, Sprinkle of Glitter, PointlessBlog, Marcus Butler, Niomi Smart, Caspar Lee and ThatcherJoe, who sadly couldn’t make it due to be ill.

Luckily we live extremely close to one of the three venues, how lucky is that?! As in, it’s a very common thing for me to walk past it multiple times a week! Crazy!

Apparently, some people waited in line since 5:30 am, we arrived about 12 hours later. even if we wanted to wait that early we couldn’t since we had university/work/other commitments beforehand! I’m not bitter at all about everyone else having half term and reading weeks. Not bitter in the slightest. (Okay maybe a little)

I think what is best about shows like this, is simply watching how much fun everyone is having on stage. It very much reminded me of the #NoFilter show,  all I could focus on was how much of a good time Grace, Hannah and Mamrie were having. It really reaffirms for me that if one day my YouTube and blog end up going somewhere,  I would love to have the opportunity to do things like this. I know I keep reusing this word, but it just looks so fun!! 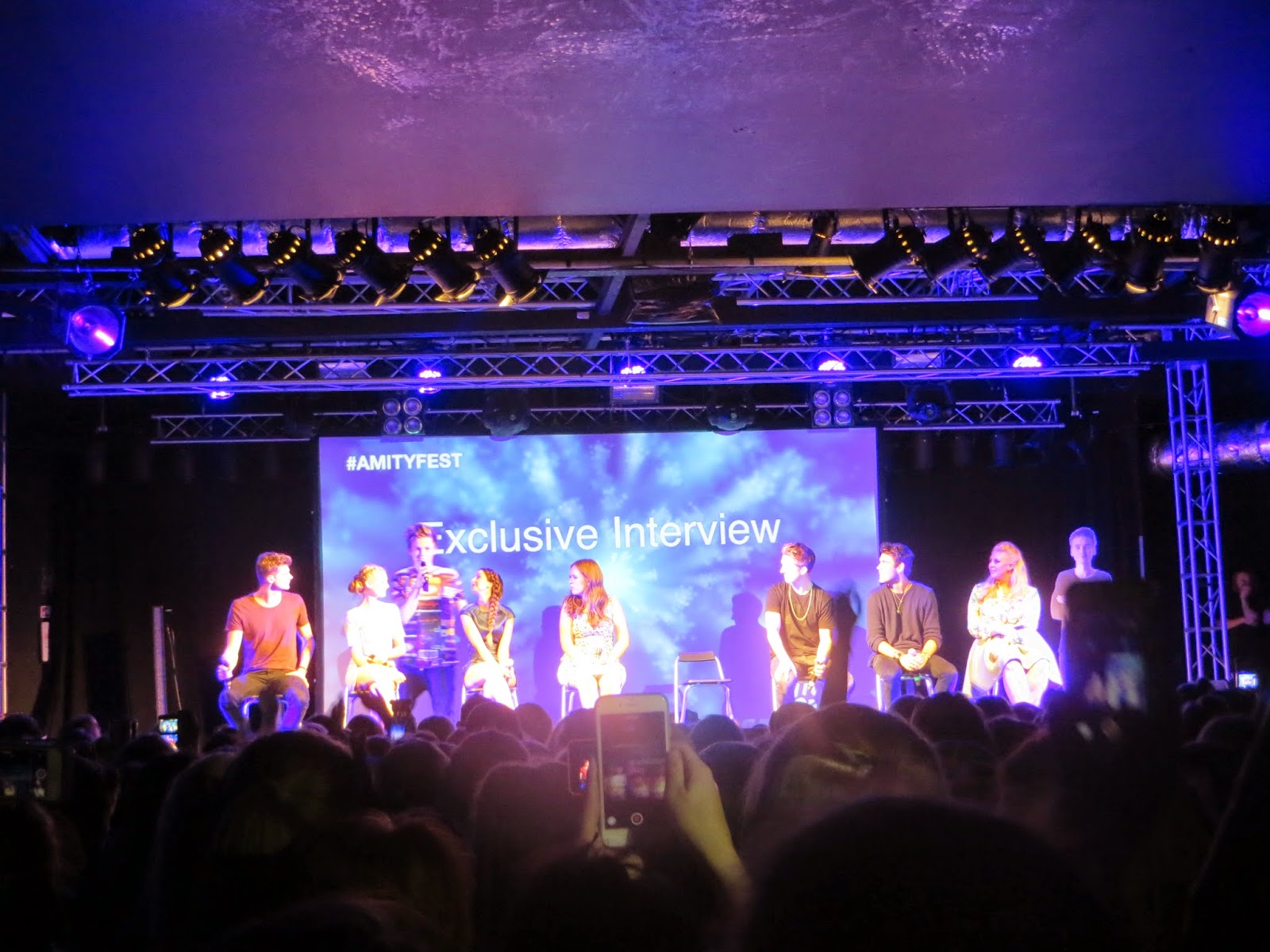 Sadly I didn’t manage to get many group shots, mainly as someone stood almost directly in front kept holding up her tablet!! Oh well! 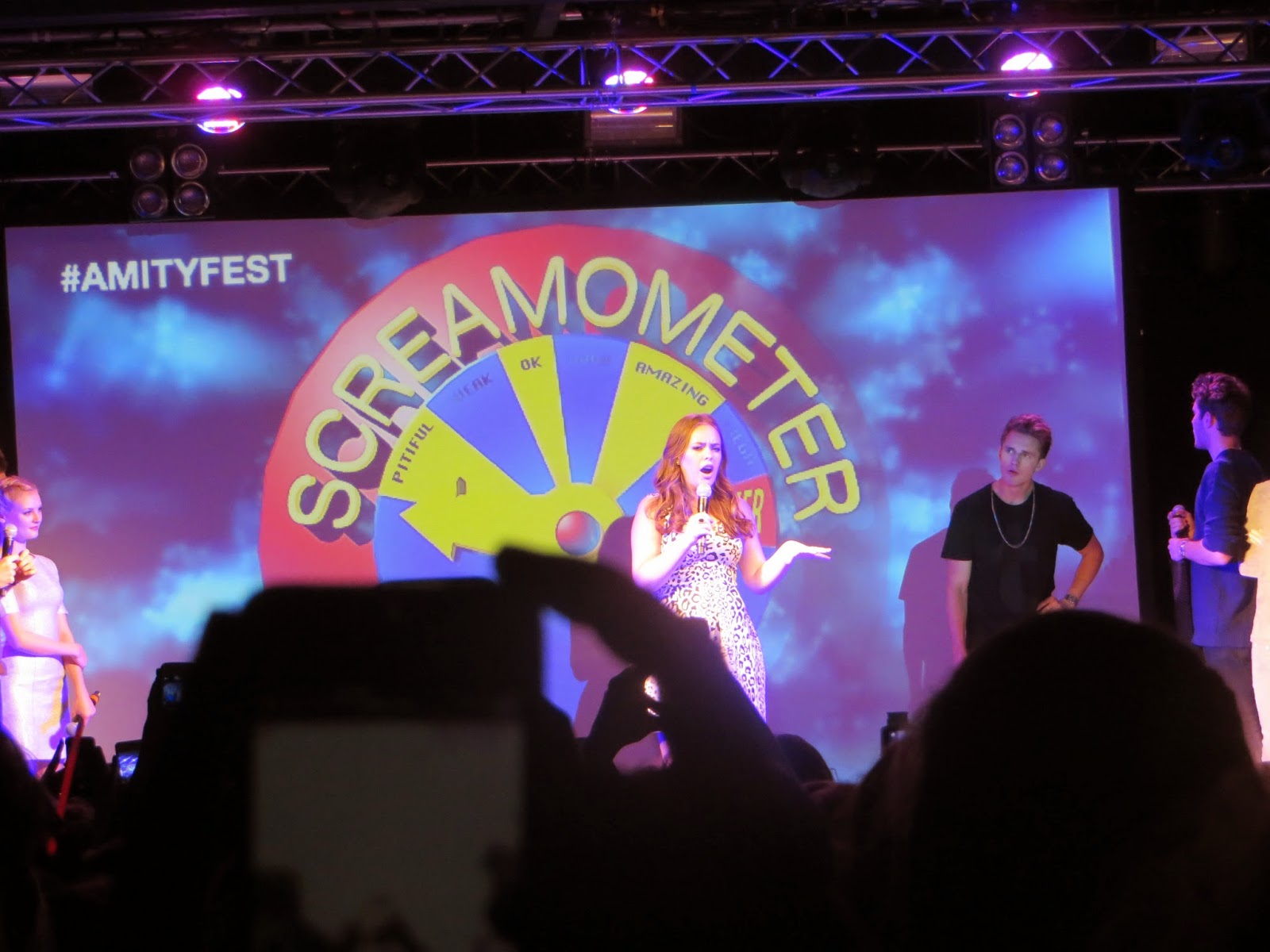 I do have some very lovely pictures of Tanya, but this one makes me laugh a little bit. I have a knack for catching people at not brilliant moments!

It was great to see Tanya, as I missed out on seeing her at Summer in the City, whereas I managed to at least see most others, if not meet them! 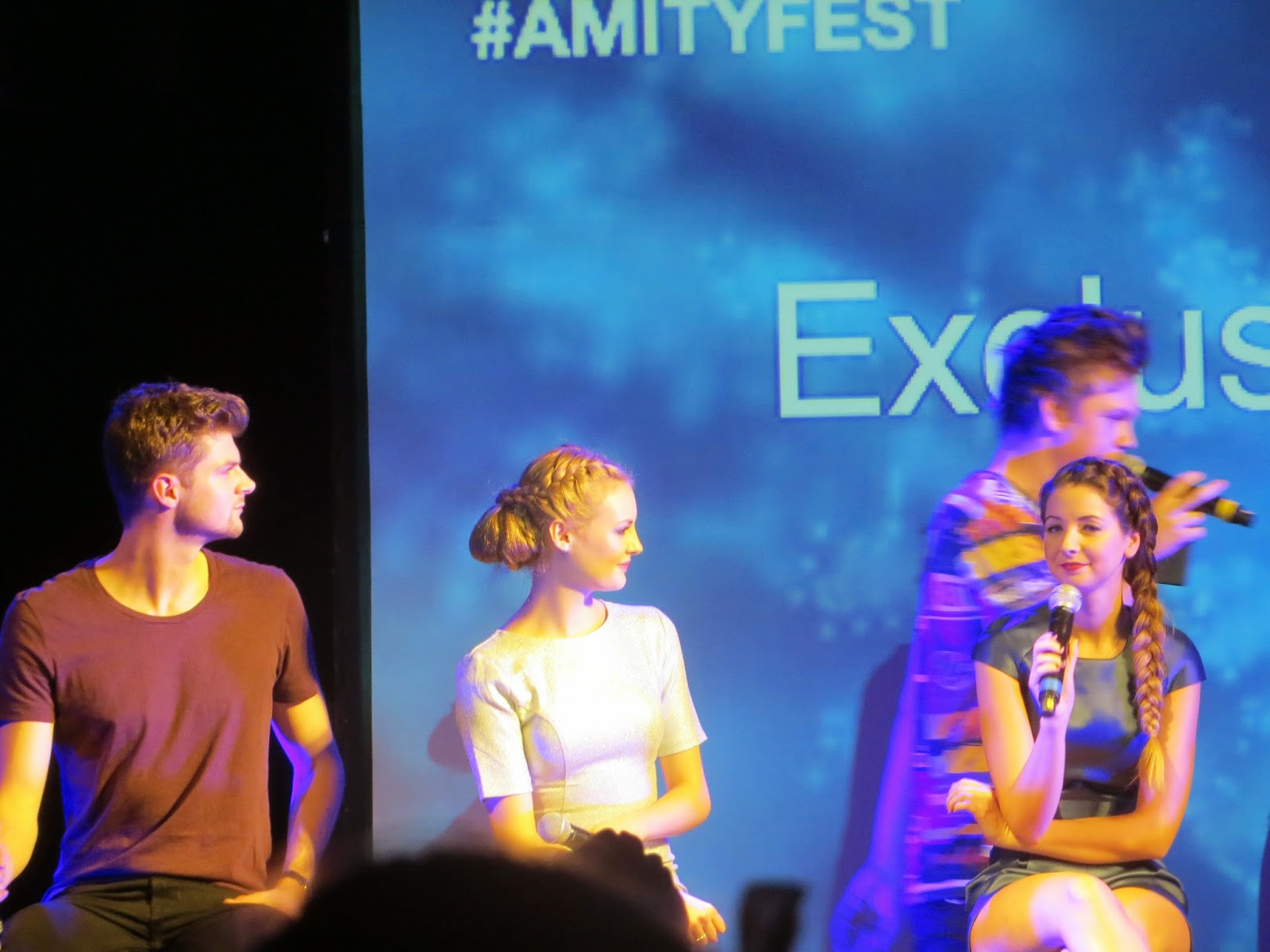 This one I call ‘That’s so Zoe’, a Disney channel original involving a girl who inherits psychic powers and can see into the future. 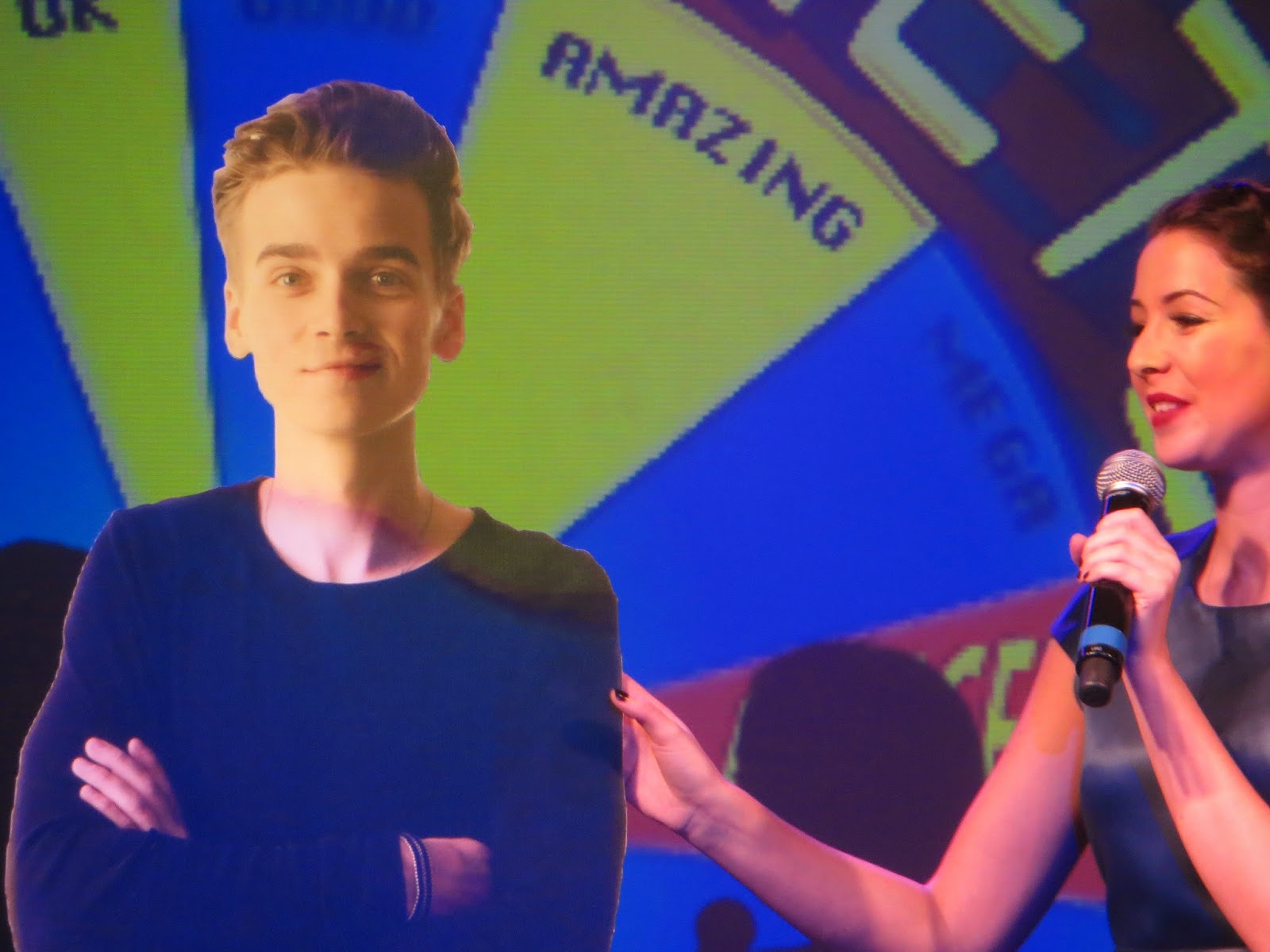 Even if Joe wasn’t there in person, the Suggs still had a great time on stage together! 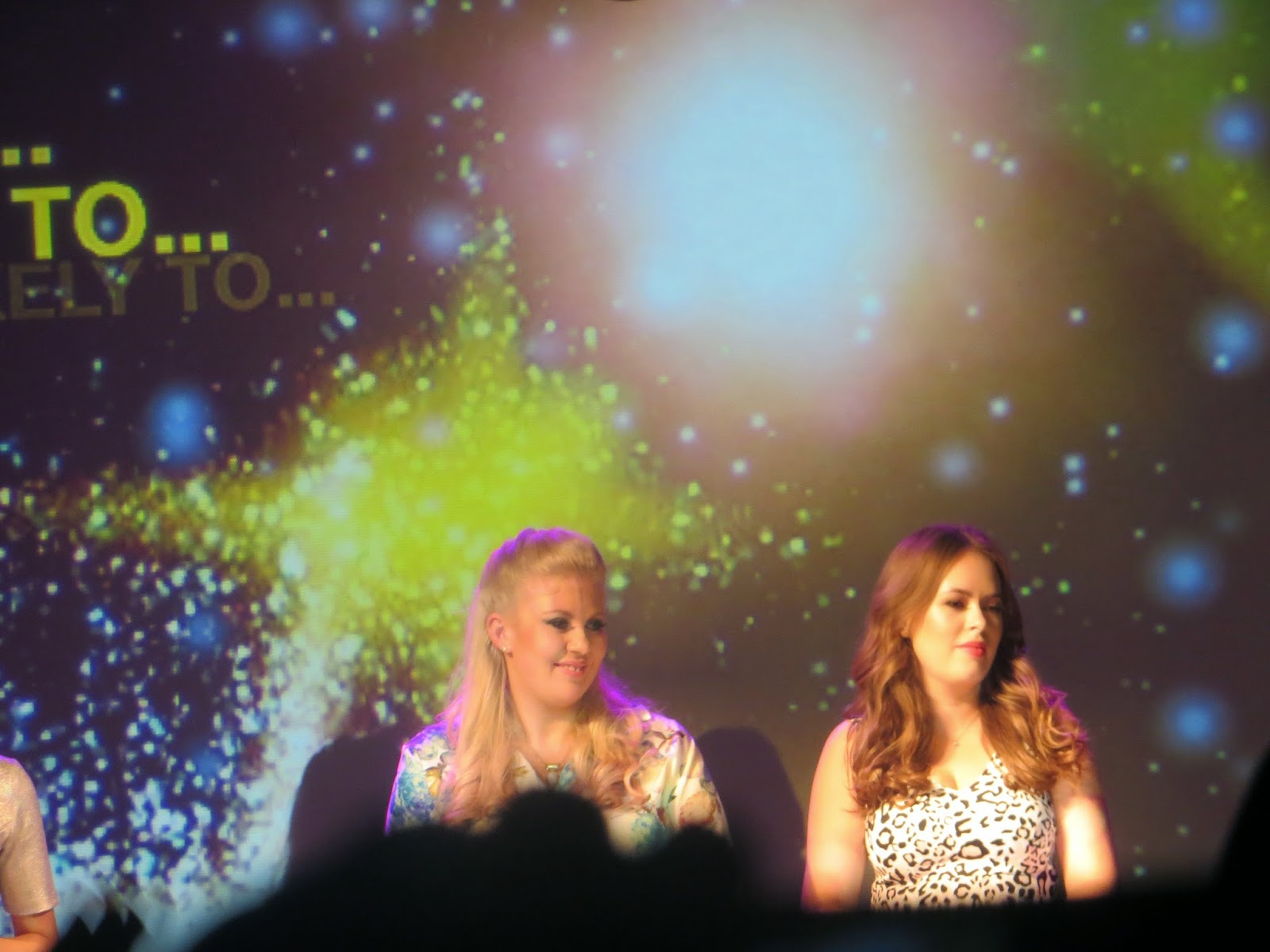 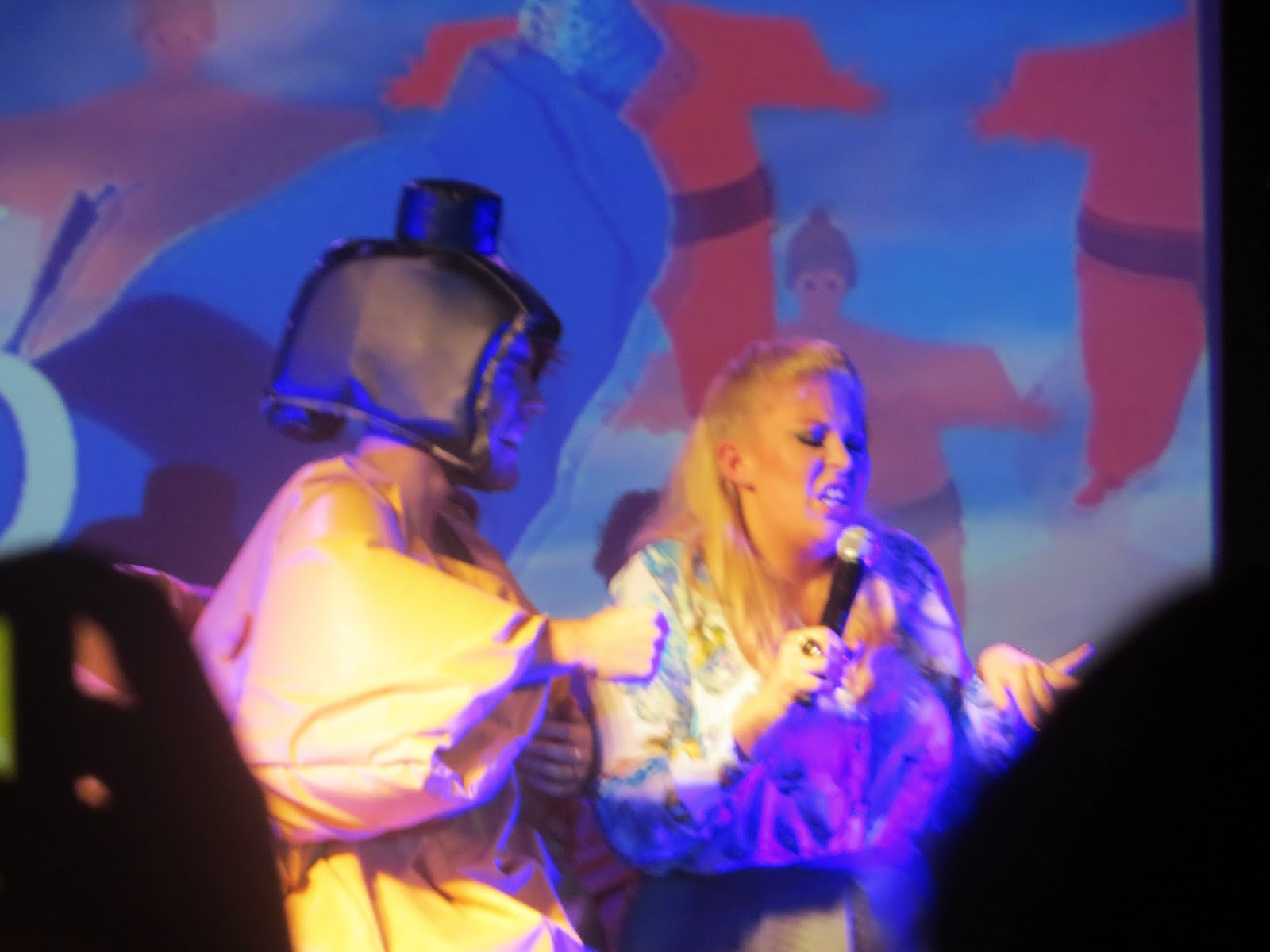 The face that can only be made after receiving a very sweaty hug in an INCREDIBLY sweaty room. 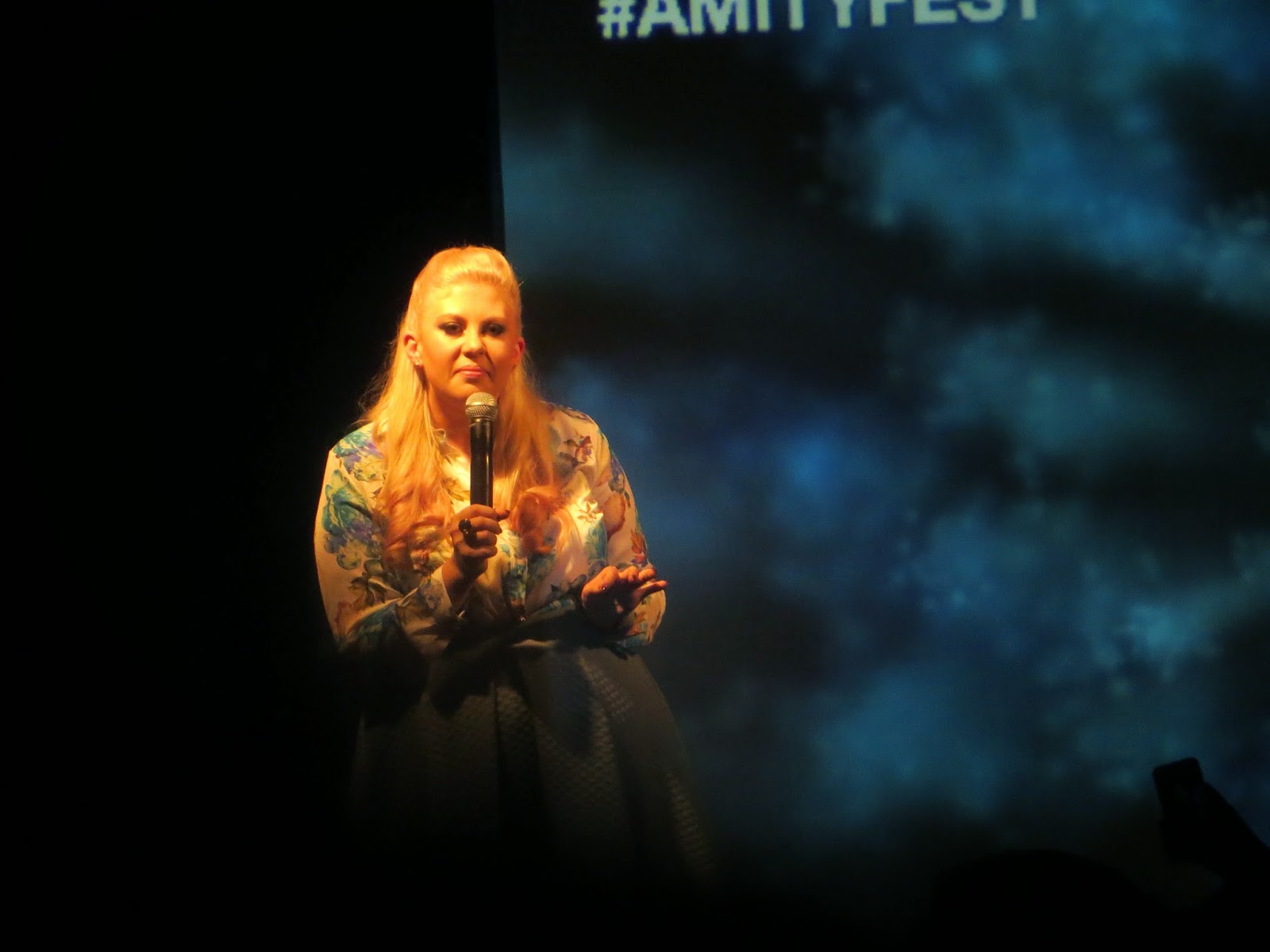 Louise being unimpressed about Scouser’s referring to, what I call buns, a ‘barmcake’. That one confuses me too.

Louise went to Uni in Liverpool, just like I’m currently doing, so I have a huge Louise bias. She’s awesome.

I’m going to be uploading a video this Sunday, I know I didn’t last Sunday…oops, in which I’ll talk a lot more about Amity Fest, as well as doing the Spooky tag or whatever that’s called. I should find out, since I was going to film it later!

There’s also gonna be a clip illustrating just how loud the crowd could be. My ears are still ringing and it’s 10am the day after.

Thanks for reading, I hope you enjoyed this post, and I’ll see you next time, hopefully for a TBT if I can get a boss enough one out in time!