Surprise extra post! I just wanted to write and involve myself in something.

I’m a little sad/angry/annoyed/feeling a lot today and I wanted to channel that gross energy into a post of some sort. I don’t know why, I just want something good to come out of bad feelings, otherwise it’s the worst thing.

I started choosing things to take with me to uni, like books, DVDs and little things to make my room feel like my room. I want to make sure it feels like home since it’s going to be my primary home for a while, I’m excited for that. 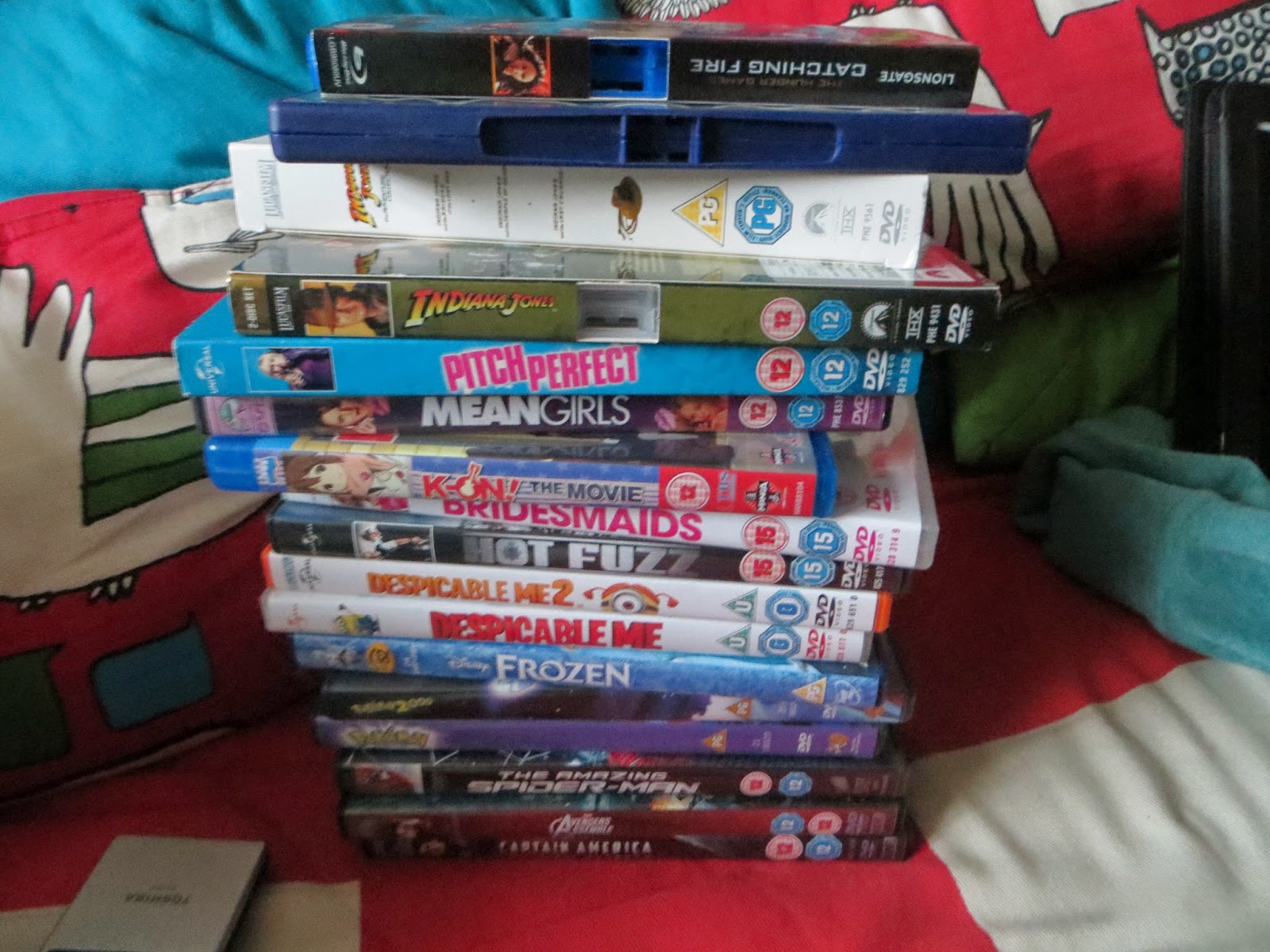 END_OF_DOCUMENT_TOKEN_TO_BE_REPLACED

What a treat for you bloggy type peoples- a post that very much overlaps with a video (that I haven’t filmed yet) that will be uploaded later this week!

As you know (I think I’ve mentioned this before) I attend uni in Liverpool, and I go back for my second year VERY soon, which means moving out! I didn’t live at uni during my first year, but I am living in Liverpool for my second year, which meant buying a LOT of things. I absolutely love home hauls, Zoella’s being a favourite of mine. I’m actually watching one right this second as I type this.

These pictures aren’t on the prettiest background for one reason- I am lazy. There isn’t really anywhere to photo in the spare room, and I didn’t want to cart everything downstairs to take pictures of and bring back up. I am sorry. Once again, I ask you readers to forgive my laziness. 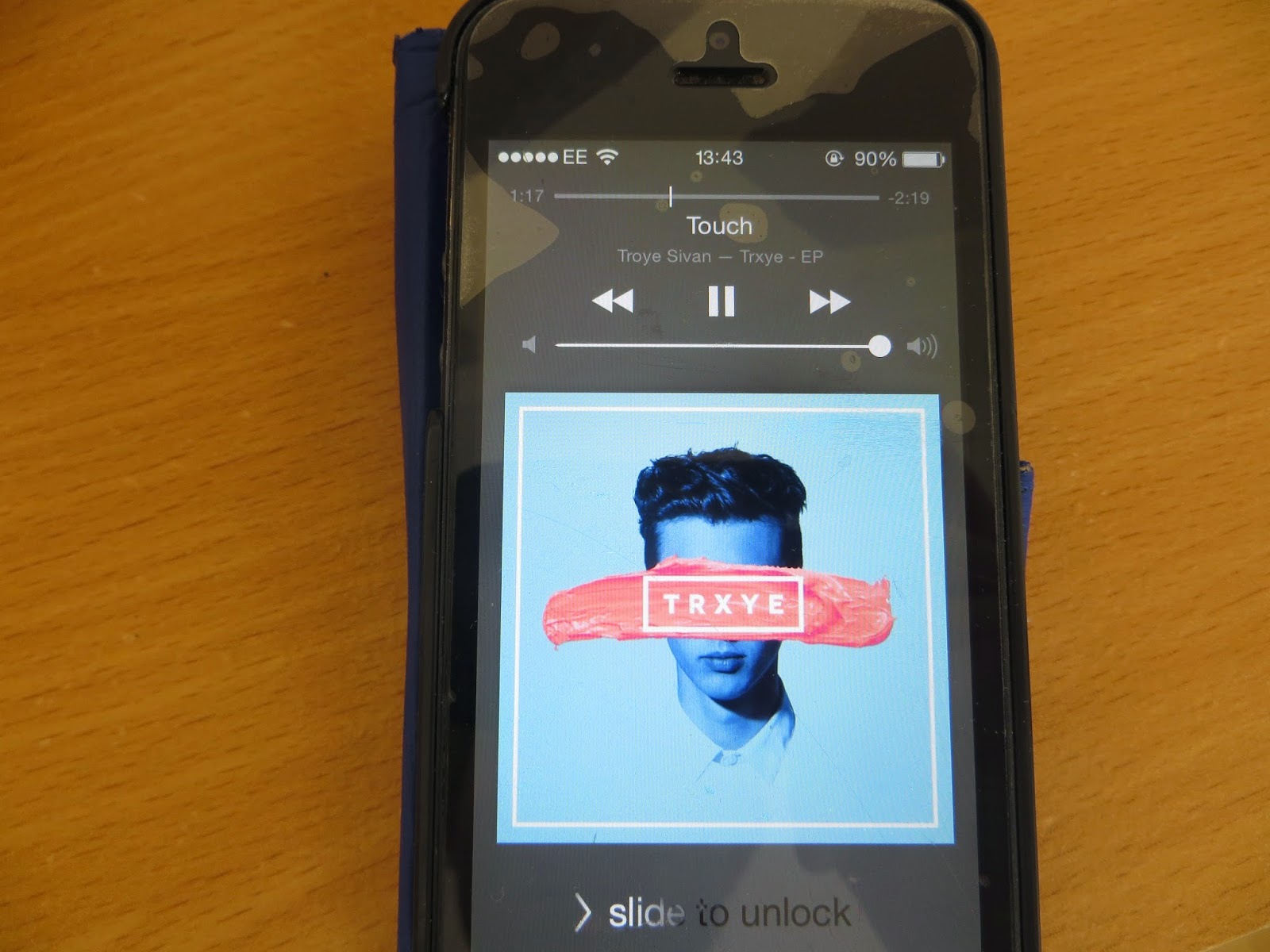 To paint a picture, I had this on whilst rushing around to take pictures before my camera died. Please ignore the terrible screen protector, it’s coming off and my contract ends soon which means I’ll be replacing my phone and I can’t be bothered replacing it in the meantime.

END_OF_DOCUMENT_TOKEN_TO_BE_REPLACED

The title of this blogpost sounds like a bad Christmas movie. A little bit at least!

This week’s post was originally going to be on what I’ve done over summer, but I’m pushing that back because I don’t go back to uni for almost a month properly, I move back sooner, but actual lectures don’t start anytime soon.

It was then going to be on breaking habits, as I’m trying to stop biting my nails (again), I stopped once for a while and it was great, but every time I worry I start biting them again. But now after Jim Chapman mentioned that under your nails is dirtier than a toilet seat, I want to stop forever now. But I’m still biting them…I got worse actually. I just caught myself biting them, so I thought it would be a bit contradictory to write a post about how I’m being great and stopping when I’ve regressed. Maybe in a few weeks.

Then this post was going to be on anxiety and worries, but I did a post on that recently, which I’d forgotten about, so here we are. I don’t know why I took you on the journey of this post but here we are. 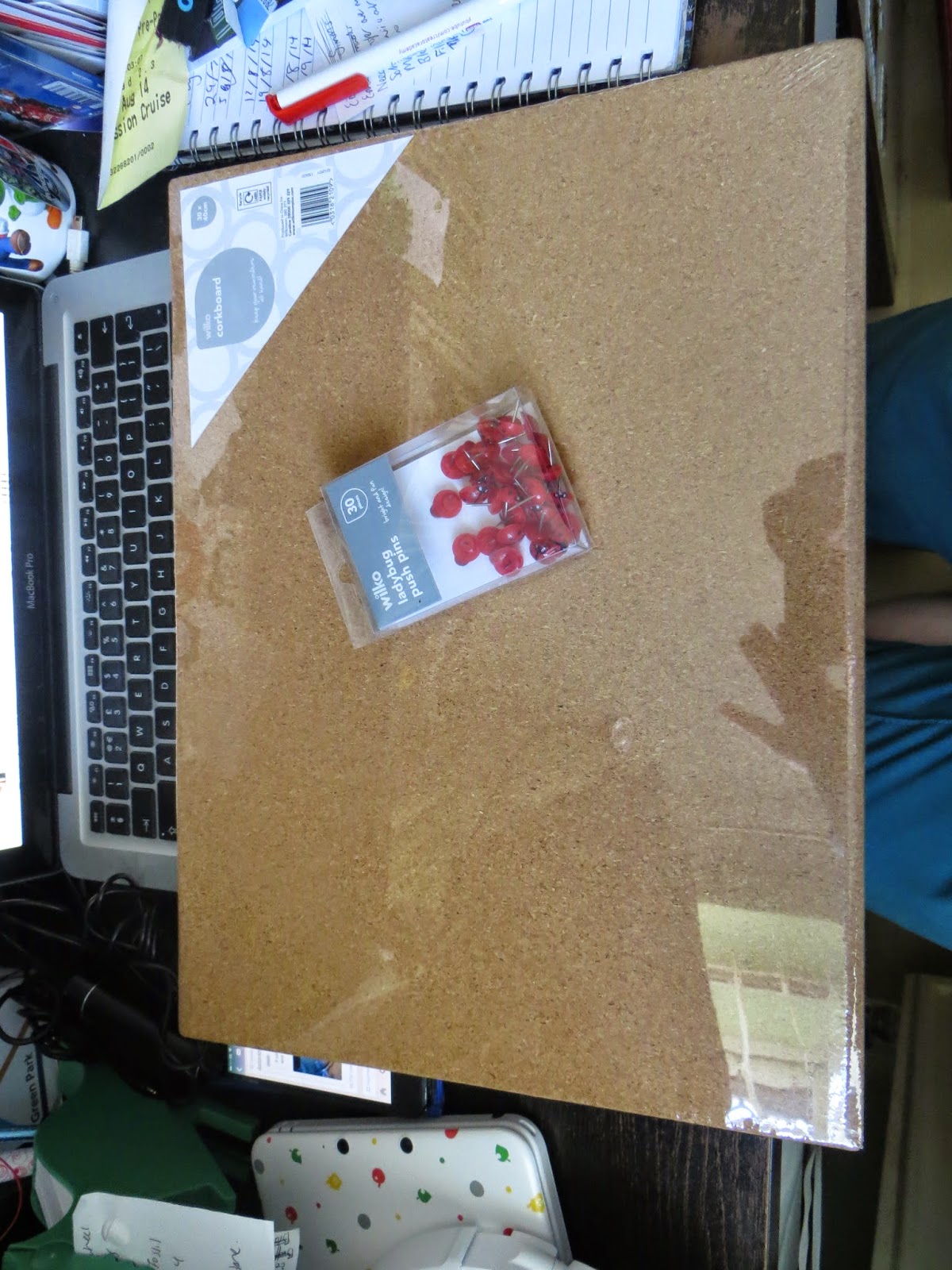 I can’t rotate this picture and I’m too lazy to rotate it and re-upload it. Please forgive me.

So I had a cork board and some ladybird (or ladybug for the Americans) pins, that my mum brought home for me one day, and I’ve been thinking about what to use them for. In the end I decided to use them for the tickets and other things which have been taking over the magnetic board at the back of my desk, which is covered in anime/cartoon/video game art and doodles. It was beginning to look duller covered in tickets so we had to fix that!

END_OF_DOCUMENT_TOKEN_TO_BE_REPLACED

I spent a couple days in London, to see a close friend of mine and also to go to Summer in the City, a YouTube convention!

Rather than post about my time at Summer in the City, which I filmed and am putting up on my YouTube channel, I thought I’d make a short post on the things I did yesterday in London.

Yesterday morning,  we had a bit of a lie in, after Summer in the City completely destroyed us, if you’ve ever been to a convention of any kind, you’ll understand that it’s generally a weekend of no sleep, barely any food, and being on your feet for a ridiculous amount of time. It always takes a couple days to recover afterwards, but we didn’t have that luxury! Sleeping in was good enough though.

We started the day with coco pops (a staple of staying in London with Fae), and with Bleach. Bleach is a manga series that started in 2001, which was then adapted into an anime series in 2004. We felt very nostalgic about the time we used to love Bleach, which was an amazing series for a while, the manga is still going and isn’t as great as it once was, but I still love and follow it. After this we headed to Covent Garden!

Another staple of hanging out with Fae is macarons. 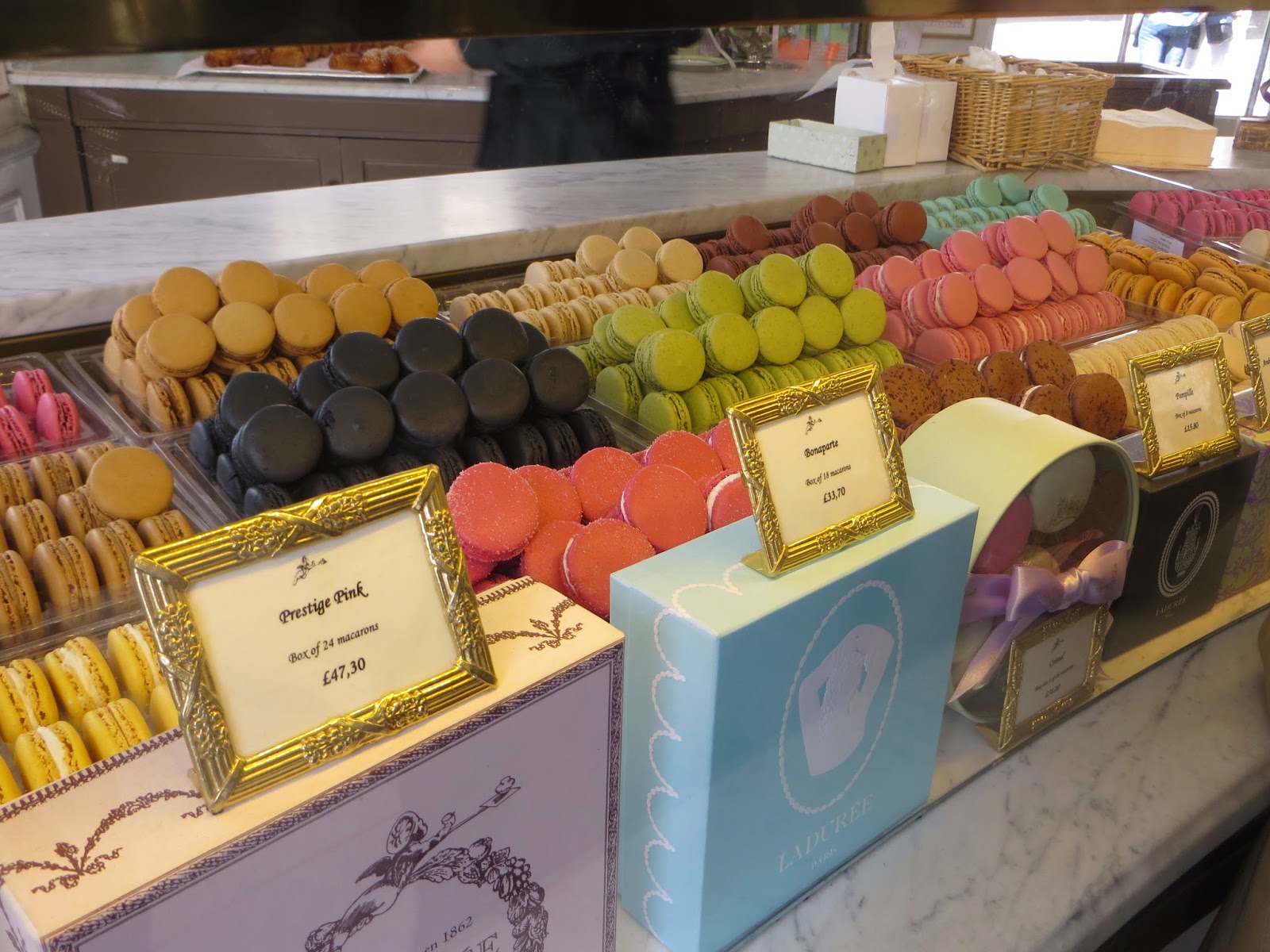 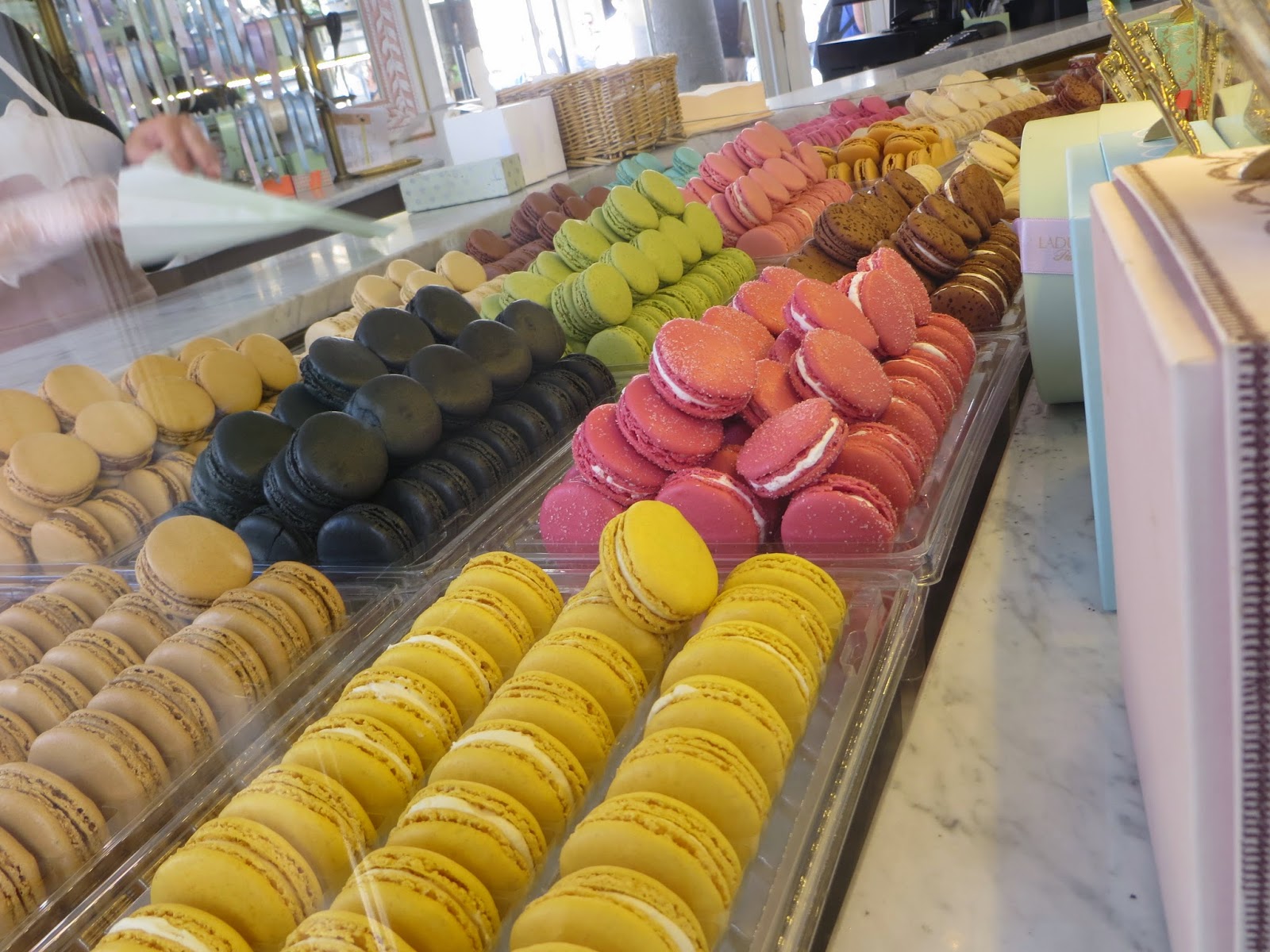 We went to Laderee, and it was amazing. I love macarons, they look so great and taste AMAZING. They’re a little on the pricey side but they’re worth it. I truly appreciate this after the time I attempted to make some and ended up making a weird blue goop instead.

END_OF_DOCUMENT_TOKEN_TO_BE_REPLACED

I have to pack because I’m going to Summer in the City (The UK’s biggest YouTube convention) this weekend! Looking at my clothes inspired me to write this post. I was also inspired by my clothes being stored in weird and wonderful ways around the house whilst I had no wardrobe to put them in.

I realised I have bought quite a lot of clothes lately, I tend to buy…barely any and wear the same things for years. The shorts I’m wearing right now have seen a few too many summers, and are too gross to wear outside the threshold of my safe place (my home.) So here’s a look at some of the things I’ve bought lately: 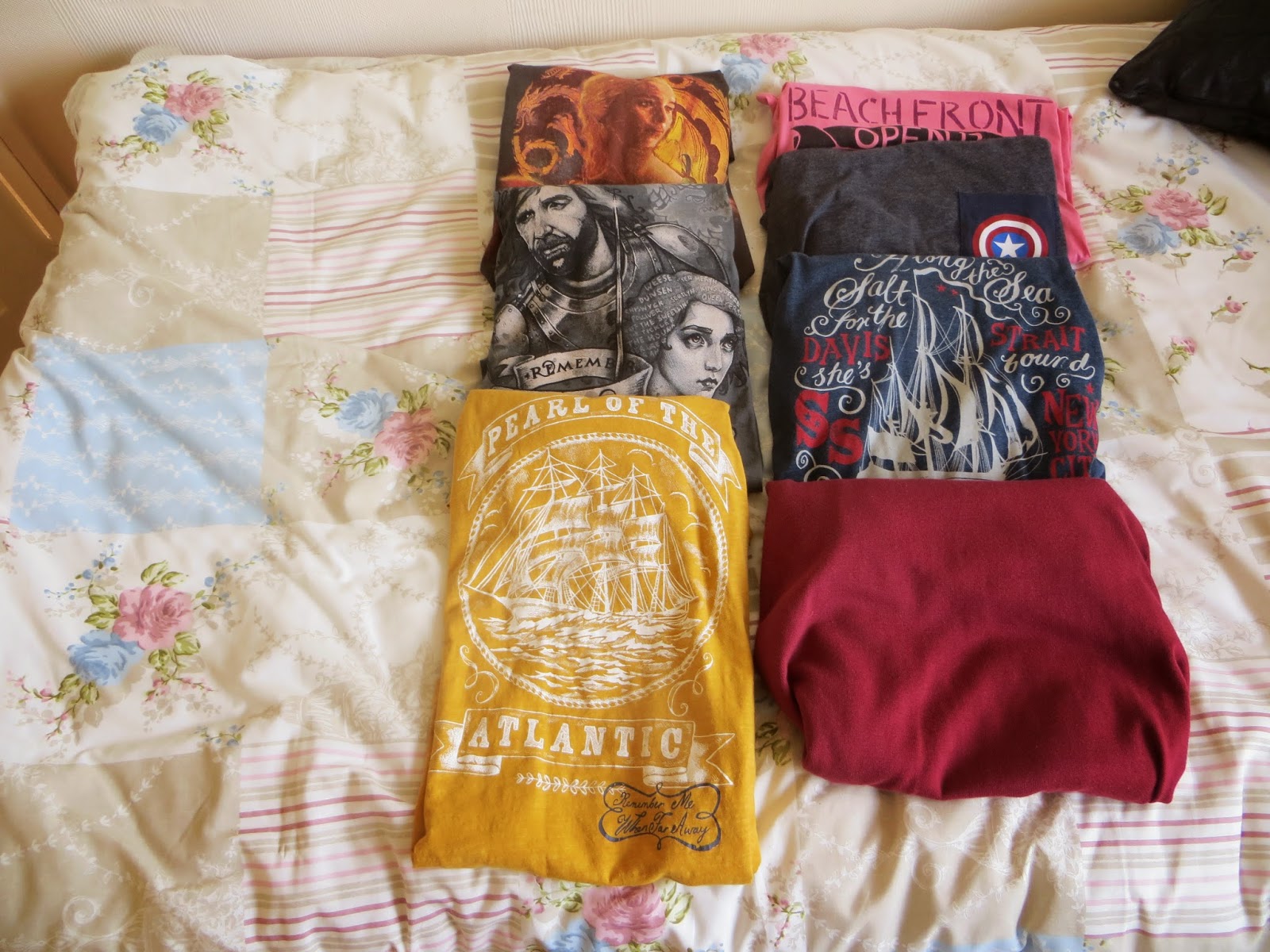 (Also can you tell I’m desperately trying to utilise the skills I gained from working in a store for a year that sold some bad clothes?!)
END_OF_DOCUMENT_TOKEN_TO_BE_REPLACED