Hello everyone and welcome to my blog!

This is the first post ever made on daveygranger.blogspot.com! This will hopefully not be the last one that’s ever posted! (Nah but for reals, it really won’t be, I love typing up piles of rubbish for people to read or not read.)

I thought to myself that first posts are generally rubbish, like your first attempt at math problems or the first time you ride a bike, or other first times, which will not be specified here! Thus, my original plan was to take some rubbish pictures on my camera, and write a little about how I love to waste time in summer, by staying inside whilst it’s nice outside. But then the idea hit me:

And here we are. It took me months, maybe even a year to finally make a YouTube channel after realising not only that YouTube was what I wanted to do, but also to realise that not everyone wants that dream and also accepts it as unattainable. I was that dumb.

The point of this babble is that first posts have such big pressure on them to be amazing. I scrapped this when I finally uploaded my first YouTube video, which was a welcome to my channel video, filmed using the webcam of my slowly dying Dell Inspiron, with a tiny IKEA light as the only light source. That video has (thankfully!) since been set as private, so that only I can see it, and hopefully remember it. Unless the 25 people to have watched it before it disappeared still do, and I pray that they don’t.

So yes, here is a first post that may be rubbish, but that’s okay because it’s kick-started me into doing this thing and hopefully, sticking with it every Tuesday. Even though that plan is probably going to be destroyed as two weeks today, I will not be in the country and probably unable to post!

This was fun. But as this was a last minute brainwave, I have no pictures to include. So here’s a picture I’ve just taken, using my phone because I’m too lazy to reach for my camera which is on the other side of the room: 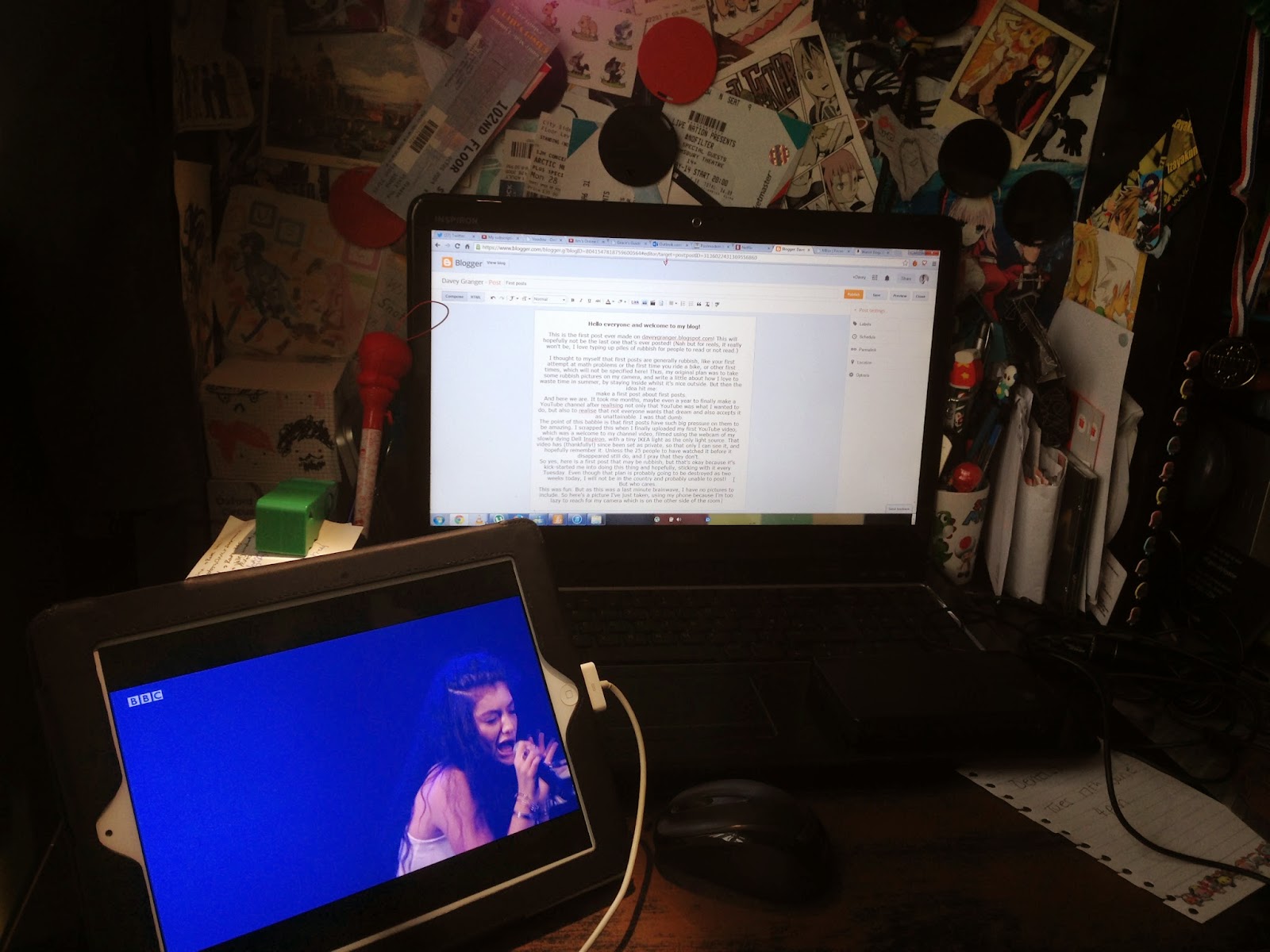 Right now you’re looking at this post almost finished, as well as Lorde performing at Radio 1’s Big Weekend, which I’m catching up on whilst I type away!

Have a great week,